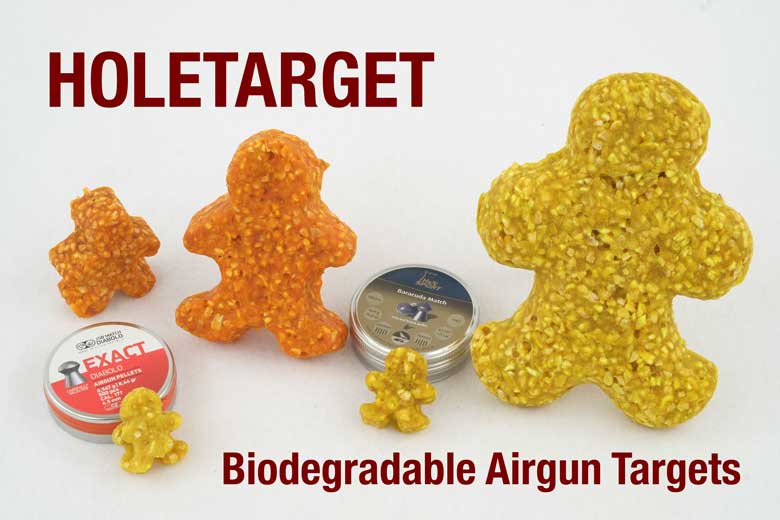 So here’s a great idea to come out of Lockdown. New biodegradable airgun targets!

With time on his hands, George from Michigan decided – like many of us at one time or another – to cut back on the pesky squirrel population in his backyard. So he purchased an air rifle.

Being familiar with shooting powder burners from his time in the US Marine Corps, he decided to practice with this new gun before engaging the neighborhood “tree rats”. That started him looking for targets…

Being environmentally-conscious, George looked for biodegradable airgun targets. He couldn’t find any and so decided to make his own. That was the start for HoleTargets! 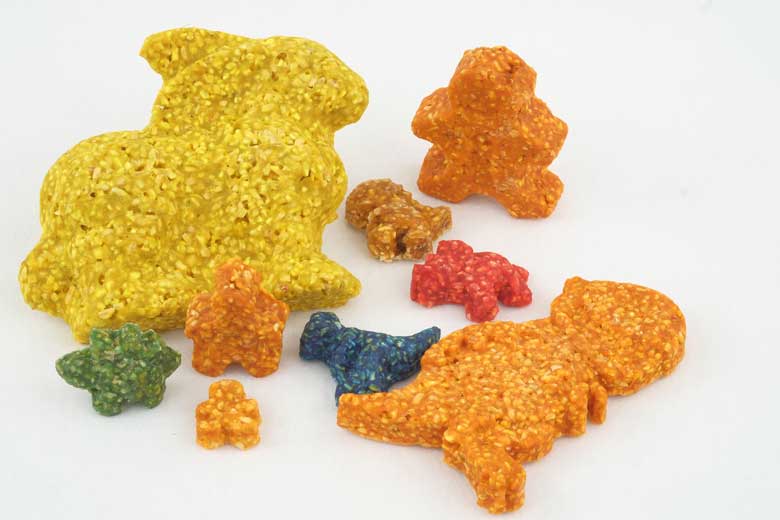 Now George makes a wide variety of biodegradable airgun targets in a variety of sizes, shapes and colors. All are made from animal feed – yes, animal feed! – combined with a colored propriety binder George developed himself.

While not suitable for human consumption, George discovered that shot-up HoleTargets are very popular dining for the (remaining) birds, rabbits and squirrels in his backyard. 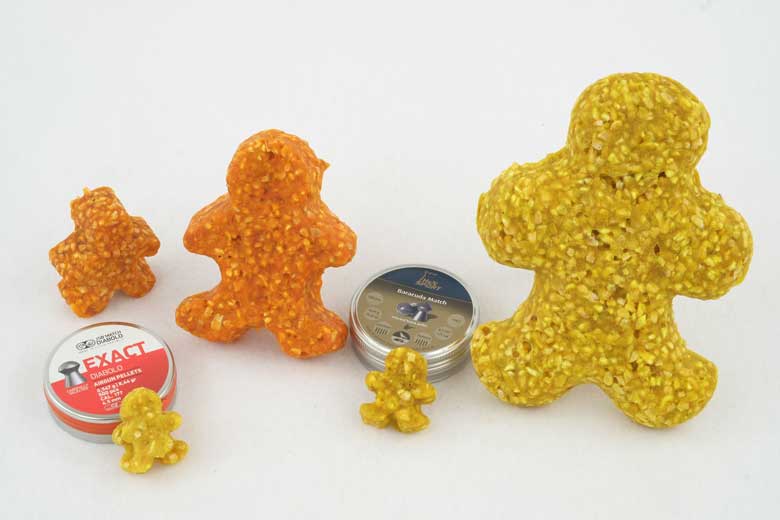 So with HoleTargets, you start by shooting the target itself. As it disintegrates from the hits, it becomes animal feed.

Hey Presto! Moving targets magically appear to eat the remains. And you’ve already sighted-in at that precise point by destroying the HoleTarget…

HoleTargets vary in size and shape. Most are based on animals, including dinosaurs, with the smallest being 1.5 Inches high and weighing 0.5 Oz. The largest – the “Big Rabbit” – weighs-in at nearly 2 Lbs and is 7-Inches high.

They can be used free-standing, or set on bamboo skewers (stolen from the kitchen) if you want to raise them off of the ground. 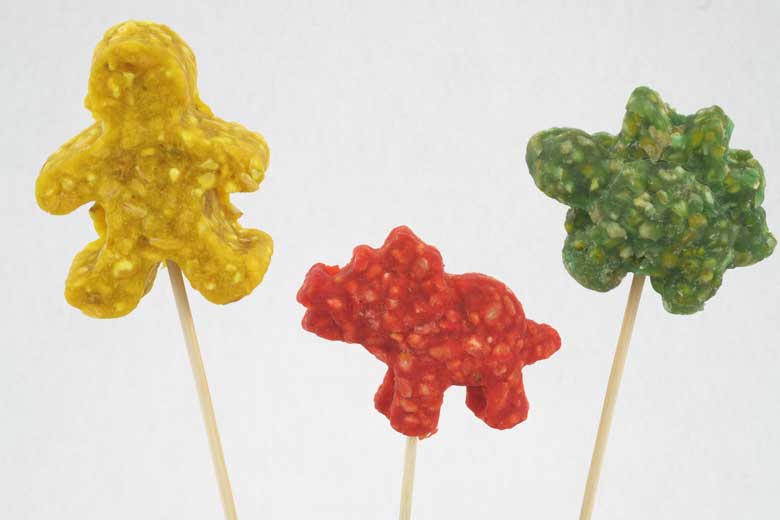 These biodegradable airgun targets are hypoallergenic and environmentally-friendly. They’re obviously for outdoor use only and are intended to disintegrate when hit by airgun pellets.

George is not giving any guarantees for the number of shots HoleTargets will sustain before disintegrating. However, I pumped twenty-four 8.44 Grain JSBs moving at 900 FPS into a “Big Guy” target at 10 Yards without it showing significant damage.

Your mileage WILL vary, of course, particularly with larger calibers. However it’s clear that – unless you break out a big bore PCP – the larger ones at least are not single-use targets. And – as indicated above – even after the target disintegrates, it’s still a magnet for pesky moving targets…

George sells HoleTargets direct from his own website. Some of the smaller targets are sold in multi-packs, the larger ones as singles. You’ll also find a target sticker included with each (environmentally friendly) paper bag containing the targets. 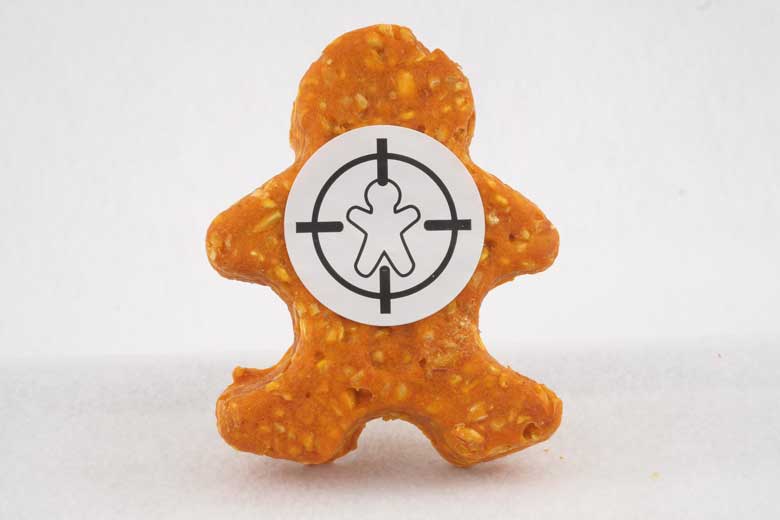 If you plan to use HoleTargets on federal land or state public hunting lands, George has a little homework for you, however. You’ll need to investigate local hunting regulations for baiting to be sure they’re lawful to use… 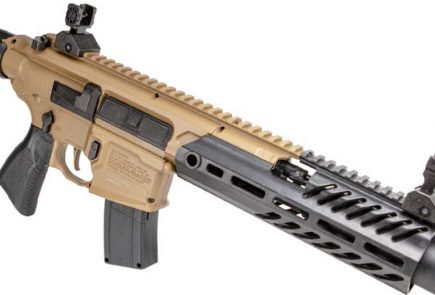 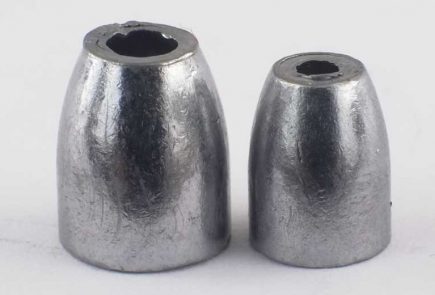 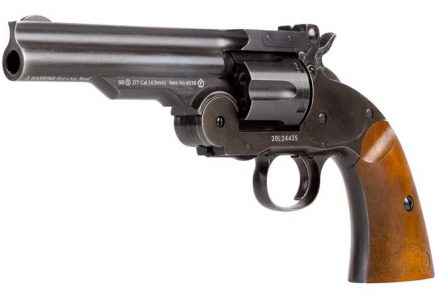