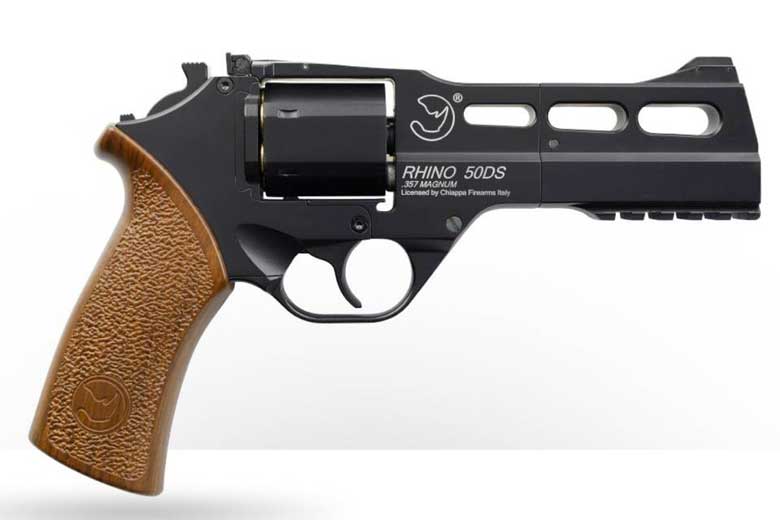 Italian manufacturer Chiappa has announced the launch of the Rhino CO2 air pistol. In fact, this CO2-powered version of the uniquely-styled Chiappa Rhino centerfire pistol is available in a variety of configurations and finishes. 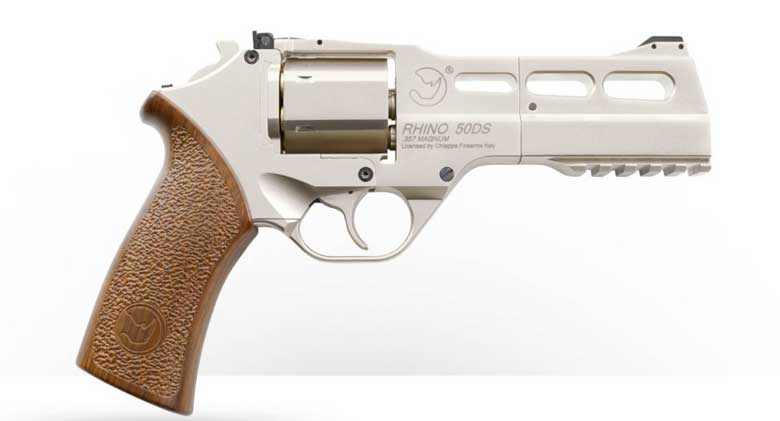 The Muzzle Velocity is listed as 324 FPS (100 Meters per second). There’s also an adjustable rear sight.

Like the centerfire models, the Rhino CO2 revolver combines a “low level” barrel location with a high ventilated rib. The barrel position is intended to reduce muzzle flip in the 357 Magnum centerfire version.

There’s also an under-barrel Picatinny rail, suitable for mounting a laser or flashlight. 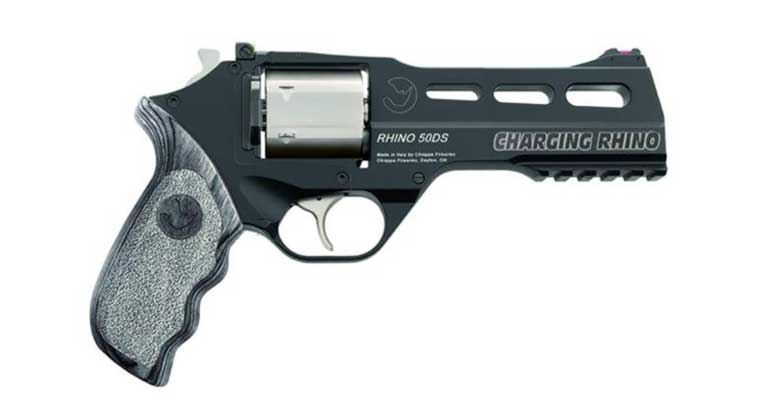 Pricing is based on the style and finish. The lowest-cost model is the Rhino Revolver 50DS in black with full-size grip. That’s shown in our heading photograph above. Chiappa’s website gives the MSRP as $149.00.

In addition, Chiappa has the Charging Rhino version in contrasting black and white. This has a MSRP of $229.00. The Limited Edition (white and black) model tops the range at a MSRP of $239.00. 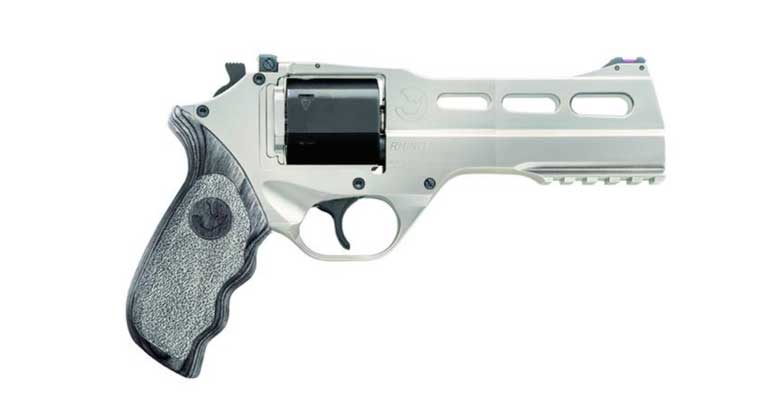 For more details, check out the Chiappa Firearms website. You’ll see that Chiappa is also introducing 6 mm Airsoft versions of the same guns. As the Rhino CO2 models currently are listed as “out of stock”, it looks as if the first shipment is on its way to the USA.