New Crosman Full Auto R1- Coming To A Store near You Soon! 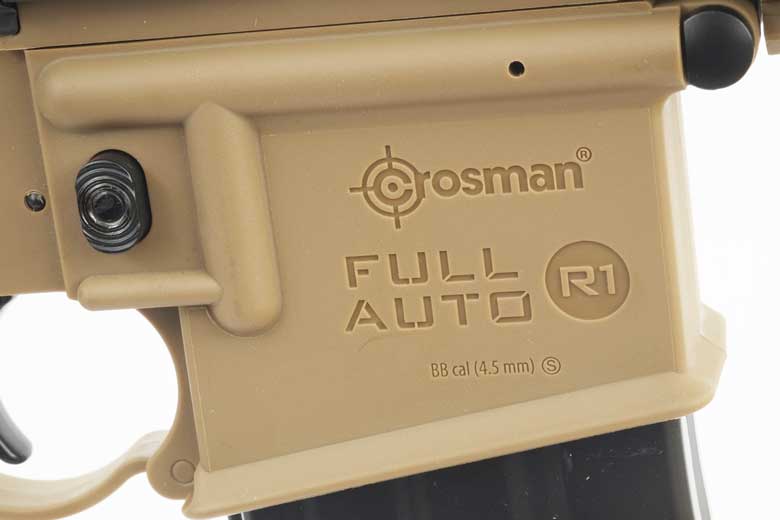 A second new addition to the Velocity Outdoor product line is the Crosman Full Auto R1. This is a partner to the new Full Auto P1. It’s also clearly a version of the full auto DPMS and Bushmaster MPW which earned a HAM Gold Award on test. 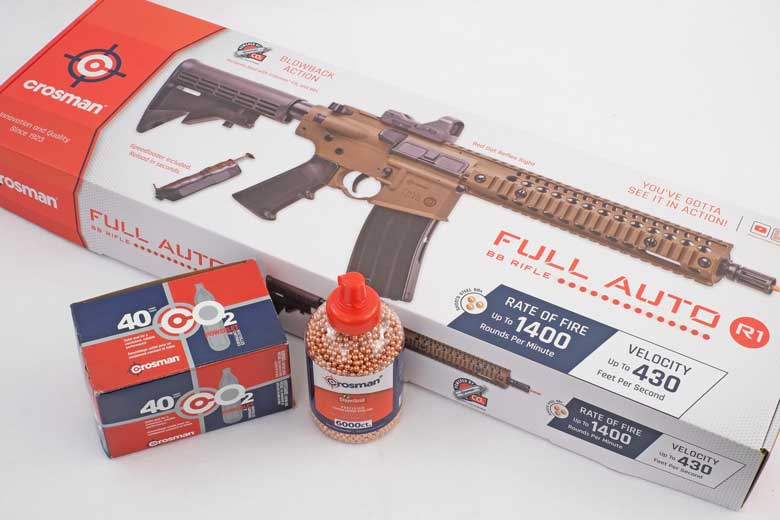 The Crosman Full Auto R1 is a selective-fire BB gun that’s powered by CO2 and holds 25 rounds in its detachable magazine. Muzzle velocity is specified as being up to 430 FPS. Like all CO2-powered airguns, this will vary due to ambient temperature and rate of fire.

Talking of rate of fire, the manufacturer says it’s as high as 1400 rounds per minute on full auto. Of course you can shoot the gun on semi-auto also, if you can’t think of a good reason to flip the “fun switch” all the way round!

The Crosman Full Auto R1 is supplied with a red dot reflex sight and BB speed loader. You’re really going to need the speed loader, together with a ton of BBs and a truck load of CO2 cartridges. This gun is an absolute hoot to shoot! 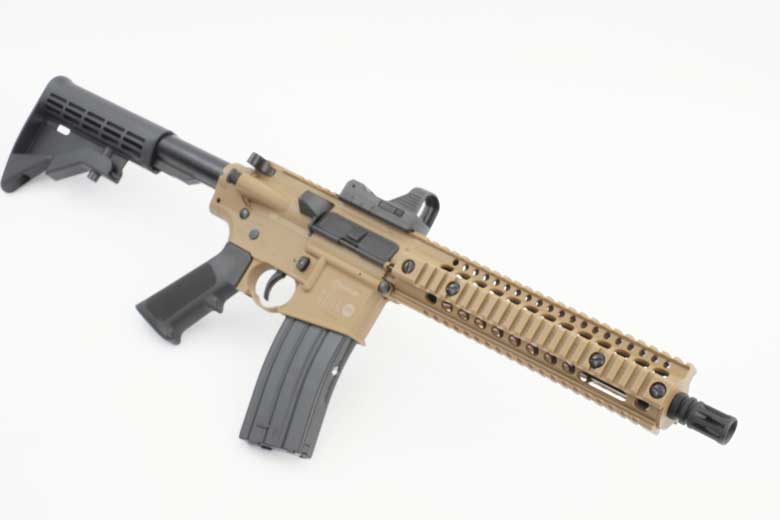 Like the DPMS and Bushmaster MPW. the R1 is a M4-style BB gun that’s a very close replica of the real thing. It field strips like an M4 and is just crying out to be accessorized to your taste.

As a blowback-operated BB gun, there’s a good recoil feeling in action – particularly with fresh CO2 cartridges. Two are used at once, loaded in the drop-free magazine along with the BBs. 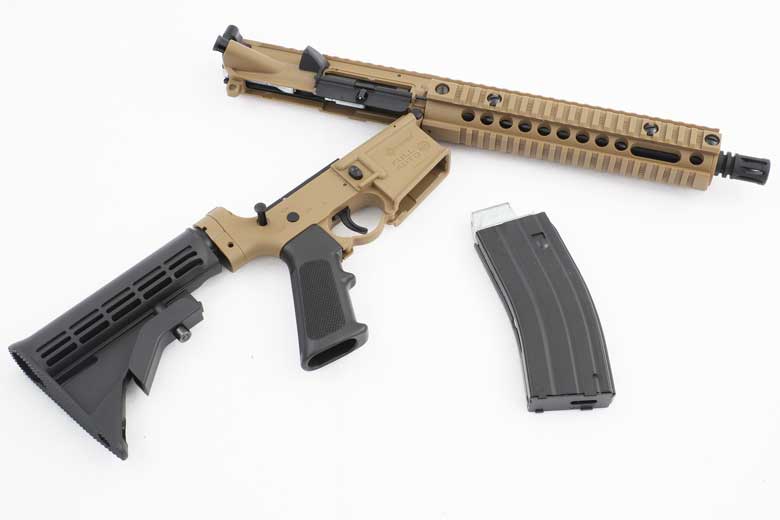 Using some gear from our friends at Leapers, we first tried a modest approach with bipod and sling… 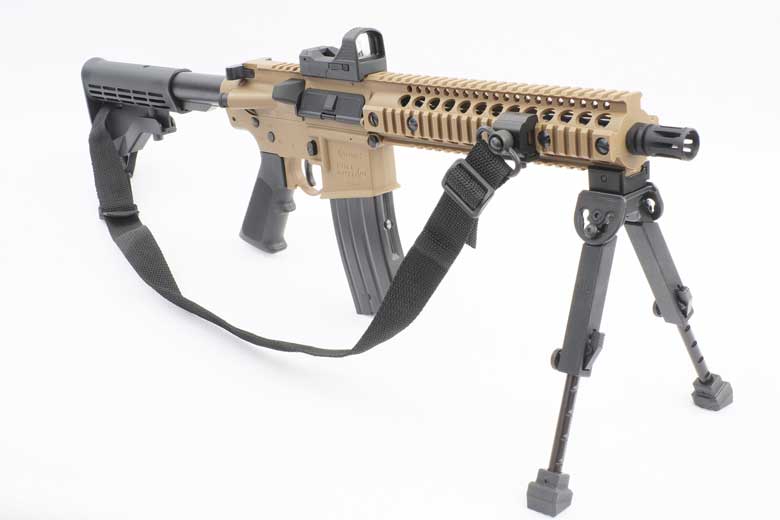 Then we went further and replaced the red dot reflex sight with a more up-market model and an M4 pistol grip. 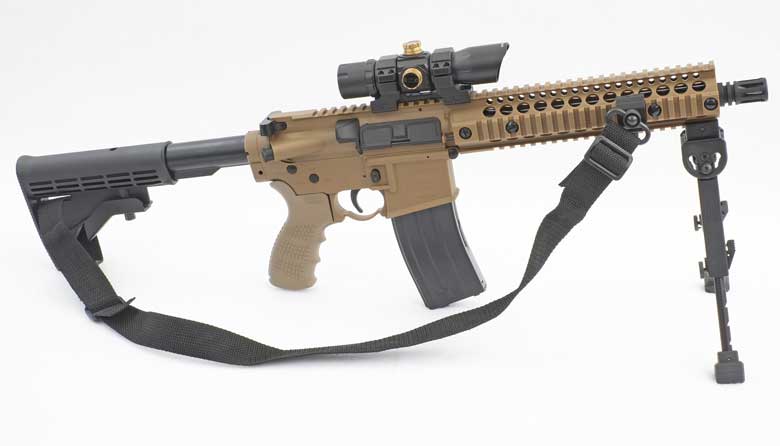 The buttstock is adjustable. There’s the 6-point adjustment system to instantly modify the length of pull. The ejection port cover springs open in use, too. And the gun is cocked by using the M4-like charging handle.

HAM expects very similar performance to the Bushmaster MPW we tested. That gave a maximum of 350 FPS at 65 degrees F firing semi-auto, together with around 220 shots from two CO2 cartridges.

Typically, the Muzzle Velocity of CO2-powered airguns changes by about 2 FPS per degree Farenheit. This means that at 90 degrees, the test gun would shoot at around 410 FPS. That’s very close to the manufacturer’s specification.