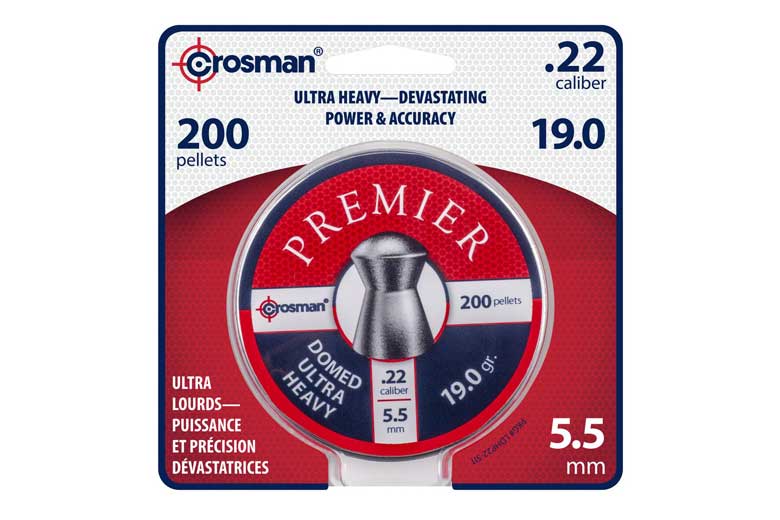 A new type of airgun pellet has just been launched by Velocity Outdoor. Crosman Premier 19.0 Grain Domed Ultra pellets are the heaviest .22 caliber pellets to be offered by the company.

Crosman Premier 19.0 Grain Domed Ultra pellets have a longer profile than is common with lighter Crosman pellets such as the Premier Hollow Points. The company tells us, however, that they will fit into most magazines, such as that of the Benjamin Marauder. 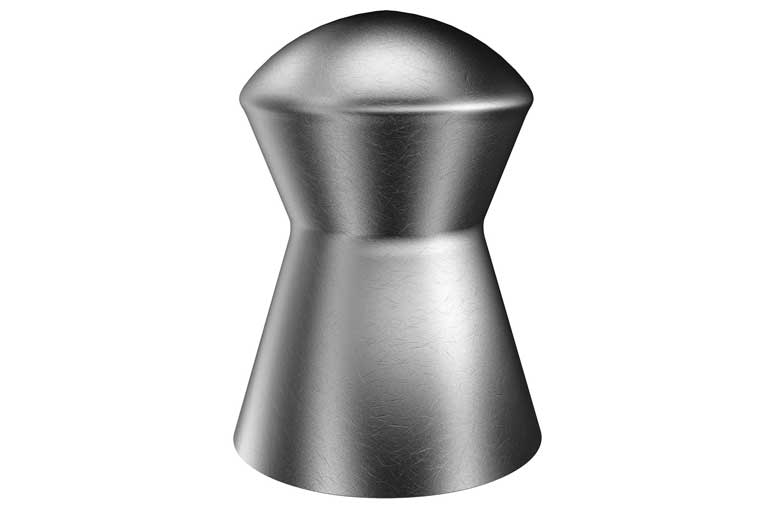 At 19.0 Grains weight, these new pellets are about one third heavier than the 14.3 Grain weight so common among the majority of Crosman .22 caliber lead pellets. They clearly are intended for hunting use with powerful PCP air rifles.

List Price for Crosman Premier 19.0 Grain Domed Ultra pellets is $12.99 for a tin of 200. At 6.5 Cents each, that places them somewhat above the Median Street Price of 4.0 Cents per pellet for .22 caliber lead airgun pellets.

However, we can probably expect to see a competitive Street Price once the new product reaches big box retail stores – as is the case with most products, of course. Generally, heavier pellets tend to be more expensive than lighter ones, due to the increased amount of lead required to achieve the weight.

These are Street Prices per pellet in our chart below.

The SKU (product code) for Crosman Premier 19.0 Grain Domed Ultra pellets is LDHP226P. They are primarily available at crosman.com right now. Look for them to gain much wider distribution in the near future…