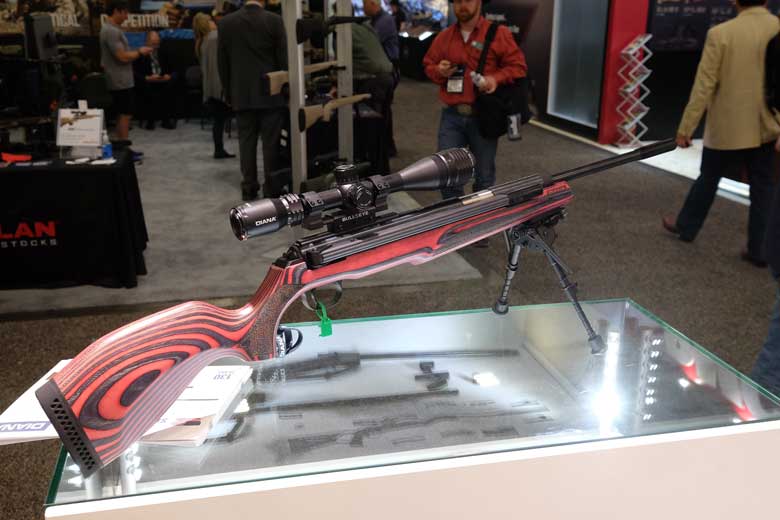 Diana was also showing a new Model 54 Airking Pro with red laminated stock – as you can see from our heading photograph above. This long-running German-made recoilless spring/piston air rifle is now available with a beautiful laminated stock in both .177 and .22 calibers. It still has its sidelever cocking system, of course.

The Diana 34 EMS series is a new incarnation of the famous Model 34 family. It includes a range of improvements and configuration options not previously seen in for break barrel air rifles. 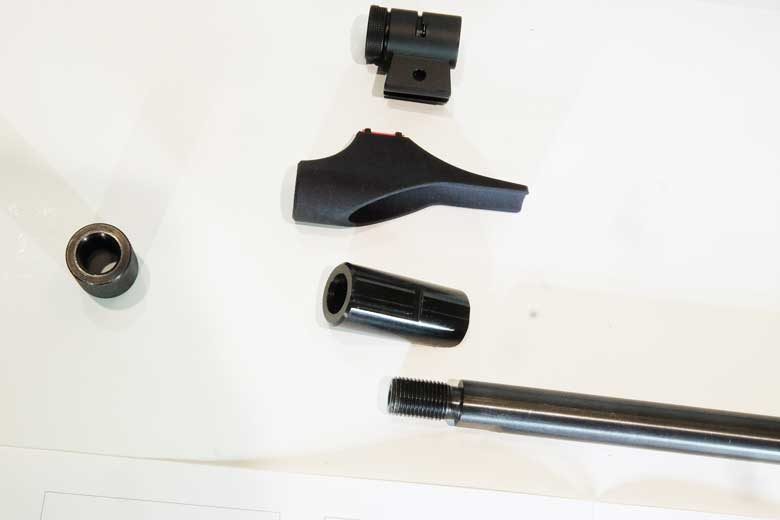 EMS stands for Easy Modular System. This concept was shared in confidence with some industry players – including HAM Publisher Stephen Archer – at the 2019 IWA Show in Germany. The results were positive and now we see – and can talk about – this innovative development.

Starting at the front of the gun, Diana 34 EMS models – there’s wood and synthetic stock models available in .177 and .22 calibers – have a range of interchangeable options around the muzzle. Owners can fit a red dot front sight, a tunnel sight, or a sightless muzzle brake. That muzzle brake is claimed to improve accuracy by combating barrel harmonics when the gun is fired. 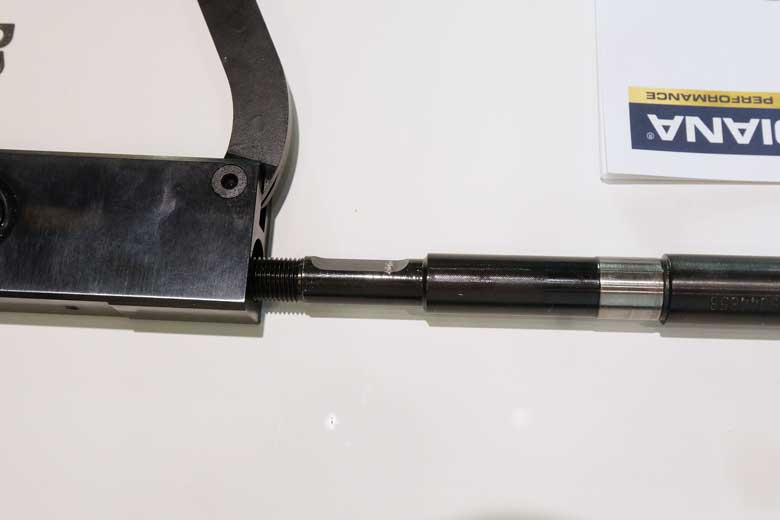 Then there’s a new interchangeable barrel capability. Of course this is not unprecedented for a spring/piston air rifle. However the way in which it is implemented is unique. It provides a solid, accurate locking system to retain the barrel in the breechblock, as is required for accuracy.

However the EMS system manages to do this while retaining a very slim breechblock assembly. This was not at all easy to engineer while providing strength around the cocking pivot pin. At first, .177 and .22 caliber barrels are available, but – of course – other interchangeable barrels could become available in future. 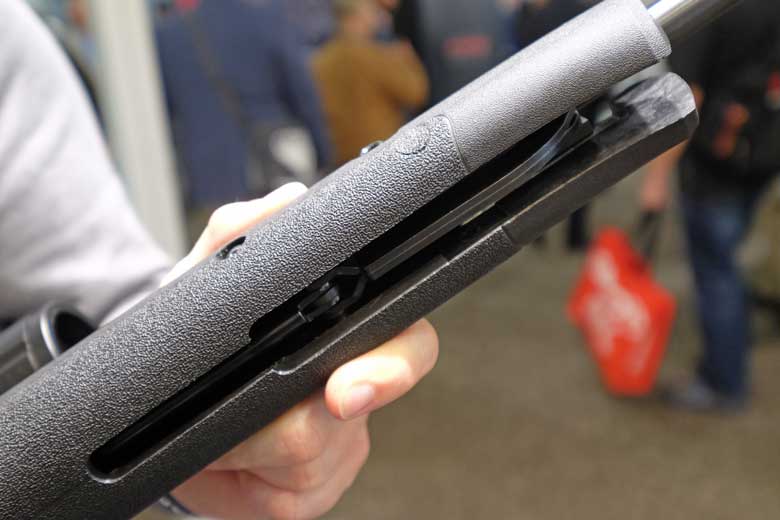 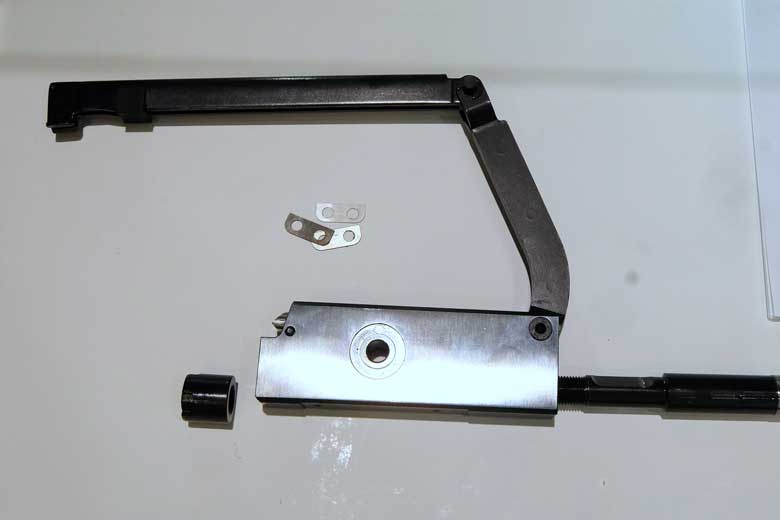 Interchangeable rear sights are also available (with and without fiber optics). There’s also a conversion possibility for owners to replace the spring power plant with an N-TEC gas piston. Overall, that’s an unique modular break barrel air rifle system that’s sure to appeal to many potential owners. 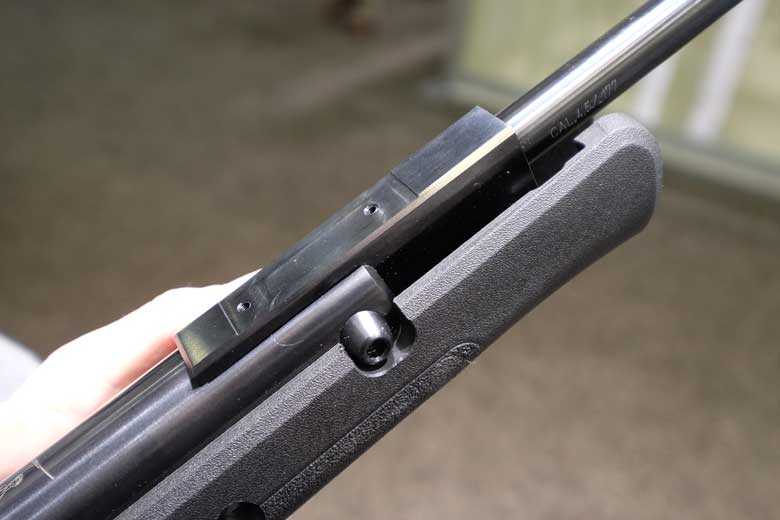 Let’s move now to the Ataman big bore air rifle. This was launched to the world at the Air Venturi booth. It was an unashamed prototype, but it was also clear that the gun is not far from production. 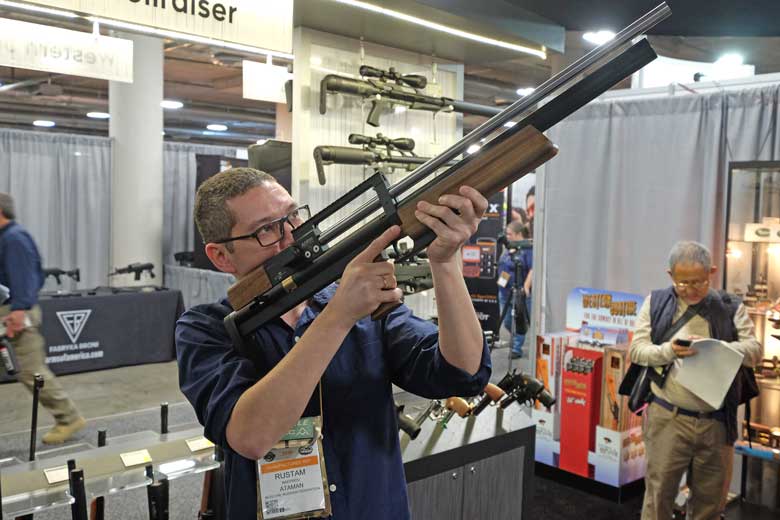 Currently this Ataman big bore air rifle is known as the ADR20. However Rustam Nadyrov from Ataman explained that it may yet carry a name in future – possibly “Bear”. That would be a good Russian name for it! 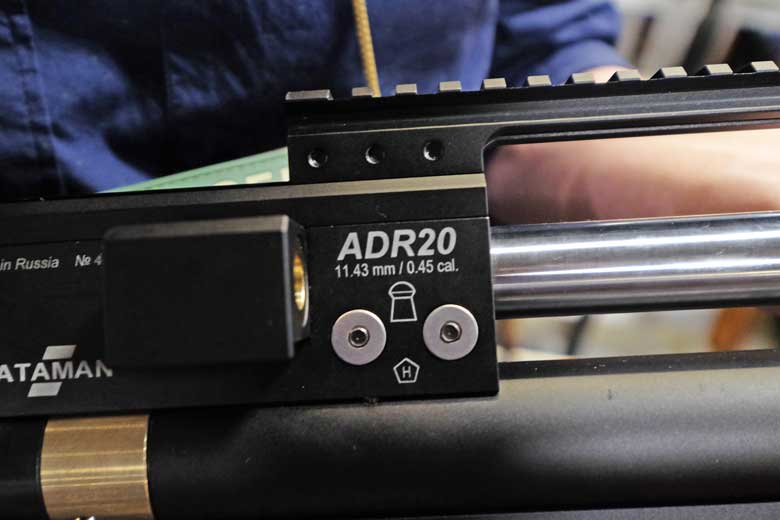 The prototype has an HPA pressure tube, as can be seen from these photographs. Rustam said that there’s also the possibility of a “bottle” version to come in future, too.

This Ataman big bore ADR20 has a two-shot magazine with slide-across action. However, the magazine accepts liners which hold the slugs. These magazine liners are interchangeable – as is the barrel – so it’s clear that the ADR20 could be offered in other calibers than .45 cal. 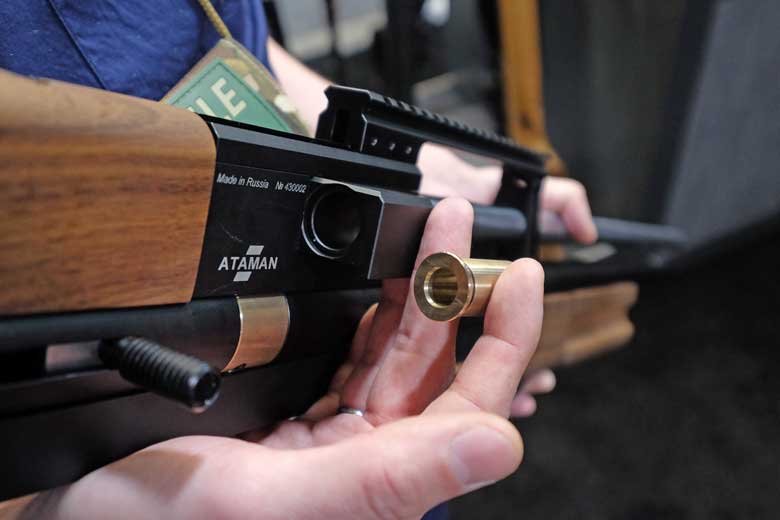 The SHOT Show prototype was not silenced, but production guns will be. Rustam confirmed that this un-silenced gun is LOUD!!! 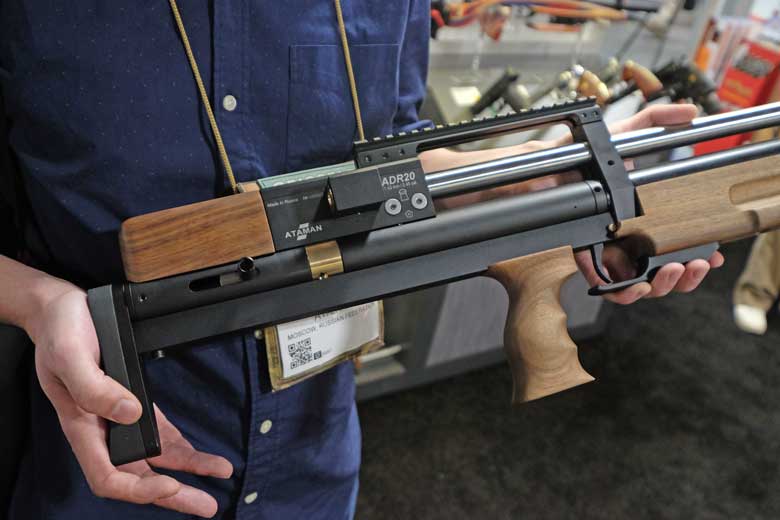 Overall, this Ataman big bore air rifle has a simple, workmanlike design. There are no unnecessary frills, this is designed as a reliable, capable hunting air rifle with the power to take down some serious game. 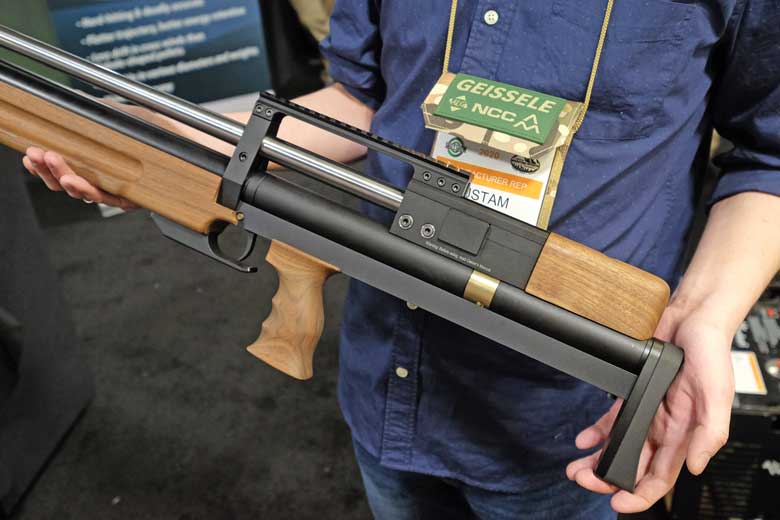 The most surprising thing about the Ataman ADR20 may be the price! Although Rustam stressed that the price has not yet been finalized – not surprising as there’s clearly some final refinements to be made before production – he hinted that this could be the lowest priced Ataman PCP of all – cheaper than even the company’s pistols!

Availability is planned for somewhere around mid 2020.