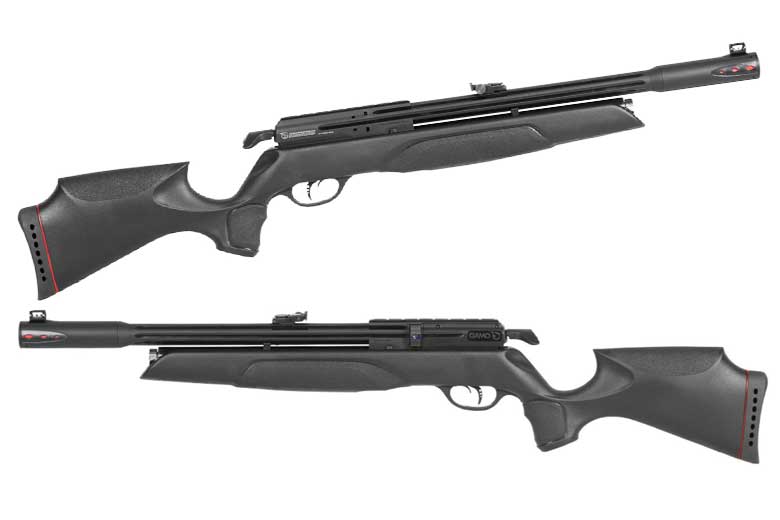 The new Gamo Arrow was announced prior to the 2022 SHOT Show. HAM readers saw the first brief details about it then.

Now it’s getting closer to availability and more details are available. Pyramyd Air is estimating an in-stock date of June 20, 2022.

With an overall length of 40 Inches and a weight of just 5 Lbs, the Arrow definitely plays into the “small, handy PCP carbine” format that’s becoming popular right now. It also features a low Street Price of just $219.99.

Both these things, together with the Gamo brand name and the company’s extensive distribution capability, mean that this is likely to be a future big seller.

The Arrow name comes, apparently, from the shape of the ambidextrous straight pull bolt handle. 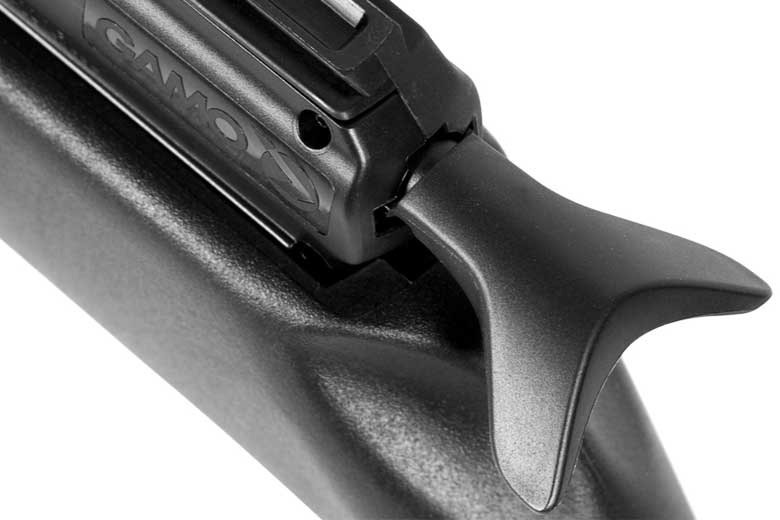 There’s .177 and .22 caliber versions of the Arrow. Both of these use Gamo’s 10X Quick-Shot magazines which are color-coordinated for caliber. 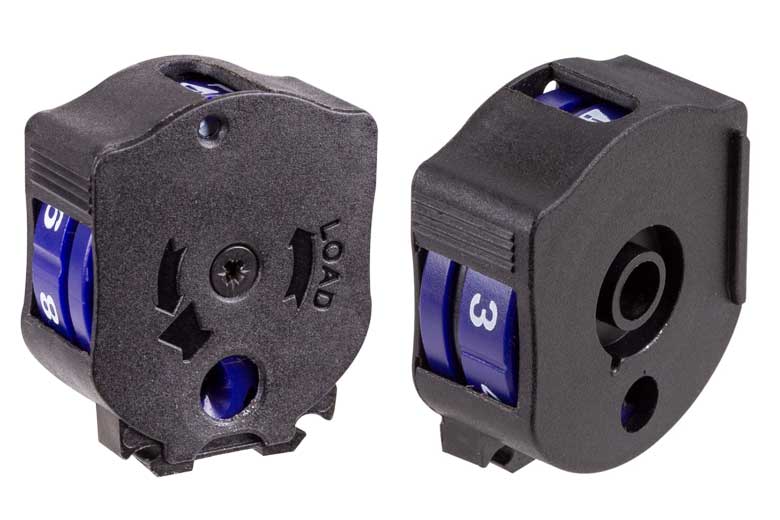 The Gamo Arrow is an unregulated PCP. This means that it will have a “shot curve” of FPS as the gun makes successive shots. The manufacturer says that it’s possible to obtain up to 60 shots per fill. Pyramyd Air says their testing shows 50 shots in .177 and 30 shots in .22 caliber that are withing 10% of the maximum FPS from a single fill.

There’s no contradiction between these statements. That’s just what we would expect for an unregulated PCP.

The maximum fill pressure of the Arrow is 3365 PSI (232 Bar). Combined with the compact 125 cc HPA tube, this means that the gun should be fillable with a hand pump by many people.

Sadly, the pressure gauge is at the front of the pressure tube tube. This is a common position because it’s an easy, low-cost engineering solution.

However HAM has gone on record many times with safety concerns about this gauge location. It’s difficult to read the gauge without pointing the muzzle directly at your face, particularly on short-barreled guns like this one. 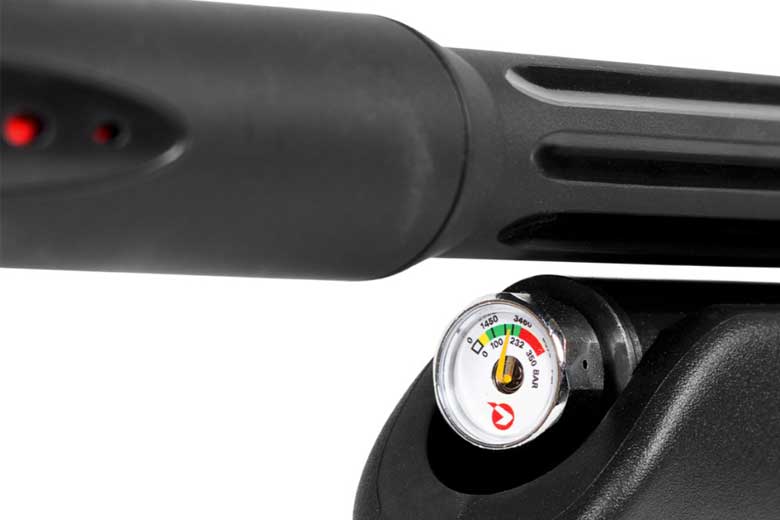 While open front and rear sights are included, most owners will probably elect to attach a scope using the 11mm dovetail rail that’s molded into the breech.