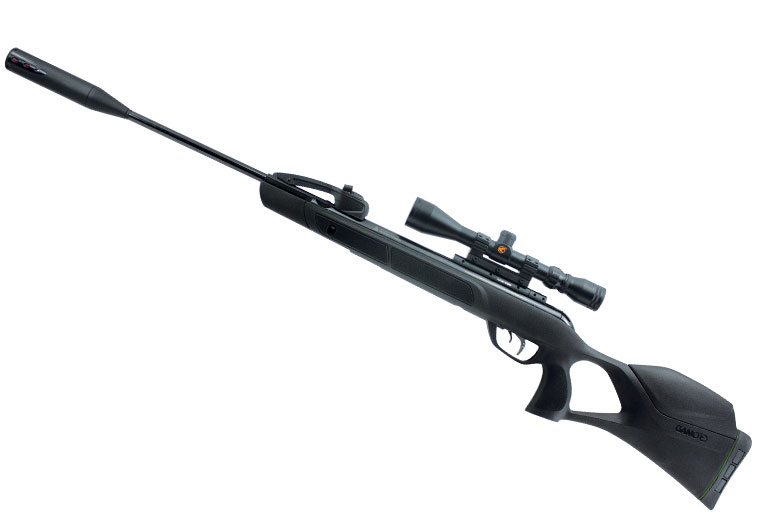 In another pre-SHOT Show announcement, we have the Gamo Swarm Magnum break barrel air rifle.

This tactical-looking model is said by Gamo to be another development of their multi-shot breakbarrel technology first seen last year with the Gamo Swarm Maxxim.

The Gamo Swarm Magnum is a .22 caliber air rifle, with Muzzle Velocities up to 1,300 FPS – according to the manufacturer. It uses Gamo’s IGT Mach 1 gas ram system. This replaces the spring powerplant of the Swarm Maxxim with an Inert Gas Cylinder having a 33mm diameter.

And, there’s that little issue of 10-shot capabilities. Gamo says that the detachable magazine allows the shooter to load 10 pellets, then rip through them as fast as he or she can break the barrel and pull the trigger. In HAM testing of the Swarm Maxxim, we found Gamo’s magazine system to work very well.

Many of the company’s other technologies are also incorporated in the new Gamo Swarm Magnum break barrel air rifle.

These include Whisper Fusion noise-dampening technology to quieten the report. Although any pellet flying at 1,300 FPS will be VERY loud once it has exited the silencer.

Gamo’s RRR (Recoil Reducing Rail) system is included, along with a CAT (Custom Action Trigger that allows for first and second stage trigger adjustment, and an SWA recoil pad. The barrel is a patented polymer jacketed steel assembly.

Umarex applies a 3-year warranty to some of its products. A 5-year warranty is now included with some Crosman and Benjamin air rifles. So it looks as if extended warranties on selected products are becoming a major marketing tool as the big airgun companies fight for market share. That has to be good for the owners! 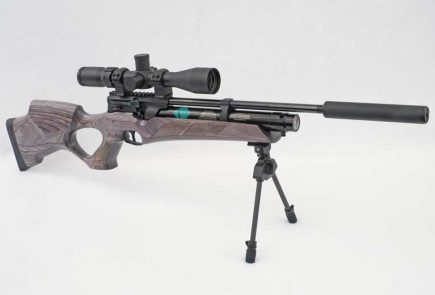