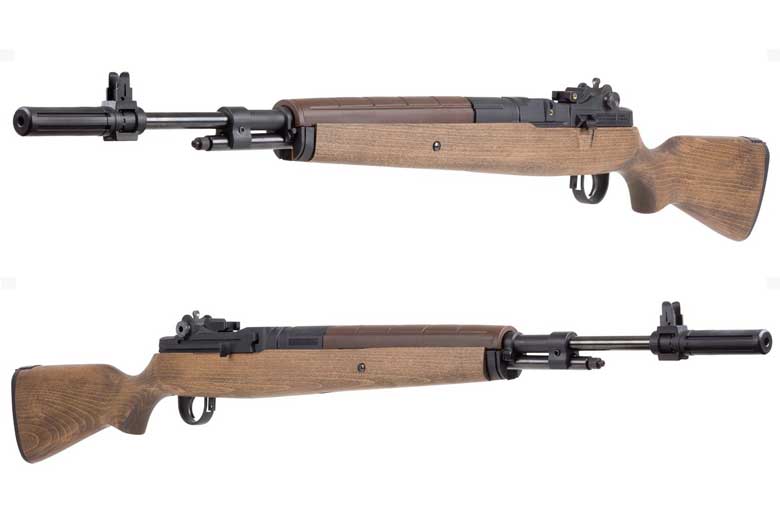 You wanted it and it’s coming! This new M14 Airgun replica is scheduled to be available for sale before the end of this month…

Strictly speaking, this new underlever air rifle is an airgun version of the Springfield Armory M1A, the civilian version of the M14. But – as everyone knows – barring the “rock and roll selector” – the M1A and the M14 are very similar in most other respects. 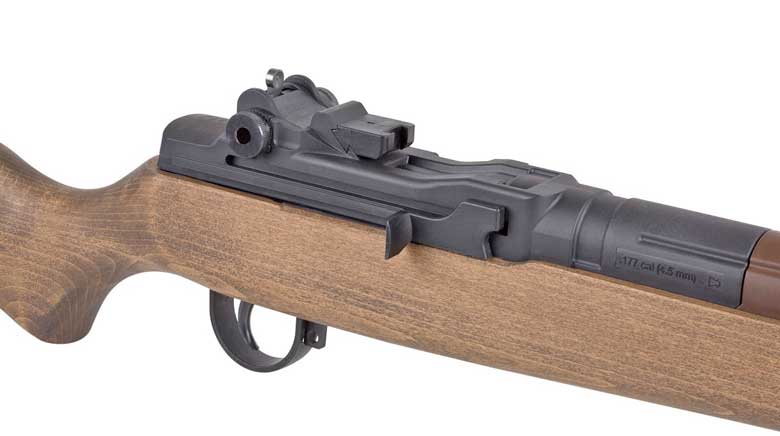 As with other Springfield Armory airguns, the Springfield Armory M1A Underlever Pellet Rifle, Wood Stock – to give it it’s full name – comes to us courtesy of Air Venturi. HAM readers first saw it in our report from the 2020 SHOT Show, back in January.

Initially, HAM Publisher Stephen Archer was a little disappointed that this M14 airgun was to be a single-shot, spring/piston model – if only because the M14’s characteristic box magazine is not replicated in this air rifle. He hoped it would be a CO2-powered model with blowback.

However a little thought – backed-up by practical experience testing the CO2-powered Springfield Armory M1 Carbine – together with HAM’s investigation of CO2-powered air pistols clearly shows the error behind such thinking. The CO2-powered M1 Carbine shows that a practical limit to realistic blowback action has been reached with the .30 caliber M1 Carbine cartridge length.

The much longer 7.62mm cartridge used by the M1A obviously would not allow any usable balance of realistic blowback action/FPS/shot count using 12 Gram CO2 power. The main design alternatives would have been using 88/90 Gram CO2 cartridges (very expensive), a non-blowback action (like the now discontinued Winchester M14 CO2 Air Rifle) or good-old spring/piston power. It’s very difficult to see how a PCP version could be implemented.

So, underlever, spring/piston propulsion it is for this new M14 airgun!

Clear positives are the price of just $199.99, the wood stock and the ability of the receiver to accept M14/M1A scope mounts. Also, of course, the Muzzle Velocity is way beyond what could be achieved by CO2 propulsion.

Many people will also be pleased that this is a pellet rifle that’s available in both .177 and .22 calibers.

With the understandable exception of the box magazine, this new M14 airgun looks to be a very realistic replica of the Springfield Armory M1A. There’s no double that it will prove to be a very popular new item in the Air Venturi arsenal! 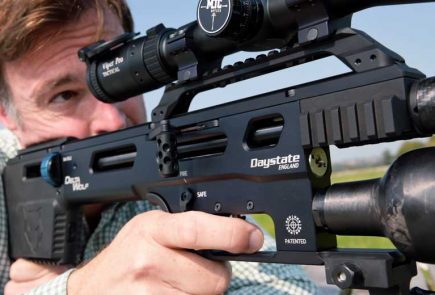