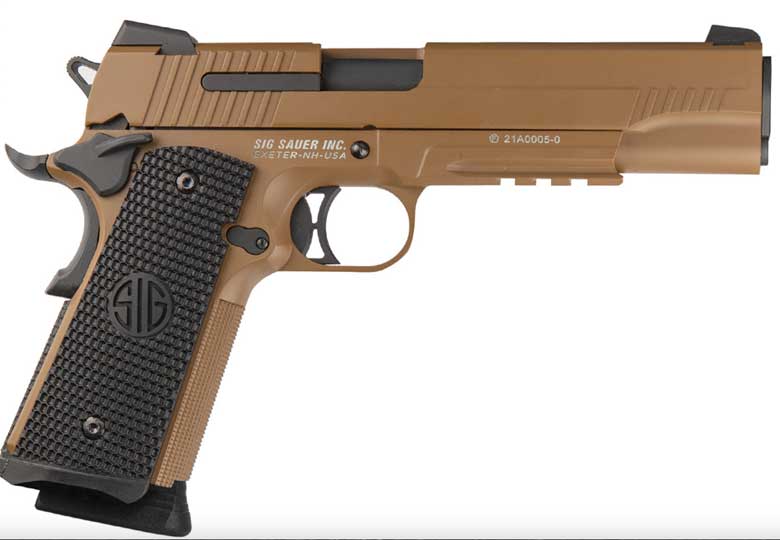 Coming soon is a new airgun from SIG Air. It’s the Emperor Scorpion BB pistol. Pyramyd Air has it scheduled to be in stock about the end of this month (October).

The Emperor Scorpion is a CO2-powered version of the SIG Sauer 1911 custom pistol. It has the same size and weight to the .45 ACP caliber centerfire original. Many of the features and controls are also very similar.

There’s a metal slide and metal frame, together with the same front and rear slide serrations as the original model for improved dependability when cocking. The grip panels feature the same fish scale texturing as the firearm version, and the front strap has fine checkering to ensure a slip-free hold. 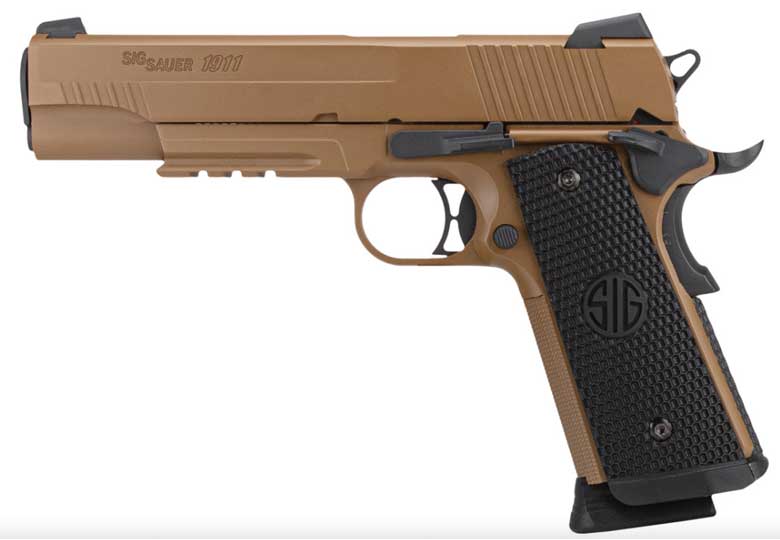 Owners will appreciate the ambidextrous thumb safety and beavertail grip safety. This is combined with a skeletonized trigger and hammer. Hogue-style magwell grips are also featured.

There’s an under-muzzle Picatinny rail that allows for the mounting of lasers, flashlights and other shooting accessories.

All these features make the Emperor Scorpion BB pistol an ideal training tool for owners of this – and other – SIG 1911 pistols.

The Emperor Scorpion pistol is semi-auto with a blowback action. This is combined with a 17-shot BB magazine. The power is provided – of course – by a standard 12 Gram CO2 cartridge.

SIG is listing the maximum Muzzle Velocity as 300 FPS. This will be satisfactory for its intended use punching targets at pistol ranges. If performance is similar to SIG’s We The People BB Gun, it will be a great shooter!

Given the current supply situation (and cost!) with most types of centerfire ammunition, the Emperor Scorpion BB pistol is likely to appeal more than ever to firearms users looking for an available and economical way to keep their skills honed.

The Street Price of this new SIG BB pistol is $109.99. So it’s great value when compared to the price of the .45 ACP version, too! 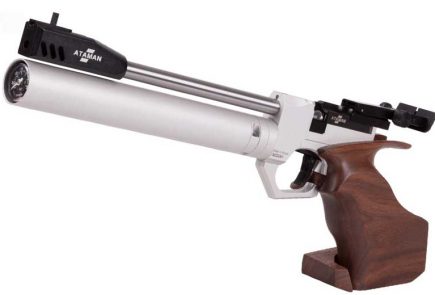 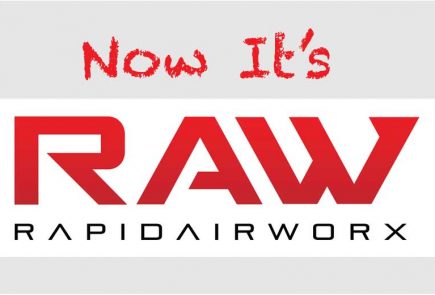