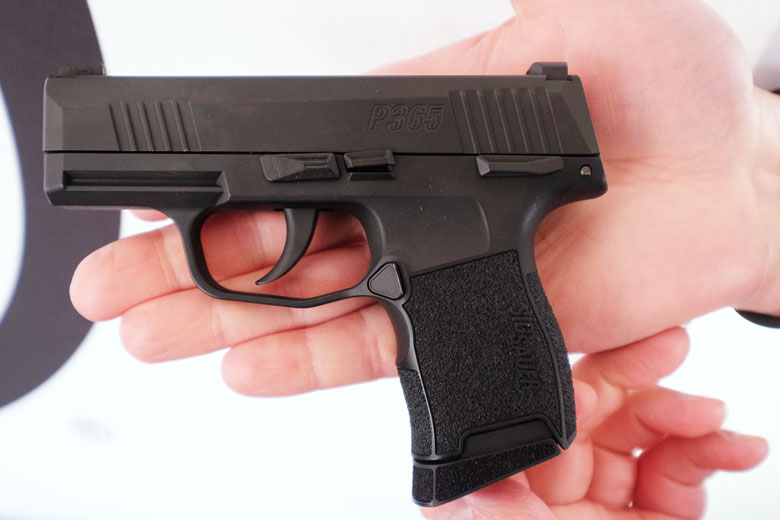 The SIG P365 has been a huge success as a concealed carry pistol. So it’s no surprise that SIG Air has launched a CO2-powered SIG P365 ASP air pistol version.

This extremely-realistic version of the P365 was first shown at SIG’s Special Media Day prior to the 2019 SHOT Show. The P365 ASP air pistol is a BB-firing model that’s scheduled to be in stores around mid-year 2019.

The SIG P365 ASP air pistol was clearly a considerable engineering challenge to achieve. That’s because of the very small size. That made it extremely difficult to include a regular 12 Gram CO2 cartridge and valve into the drop-free magazine, as you can see below… 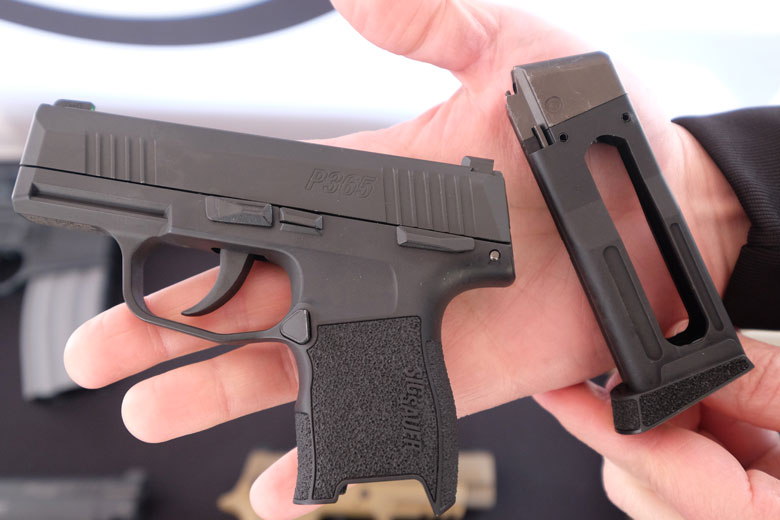 Those hands behind the new SIG P365 ASP air pistol belong to SIG Air’s General Manager Joe Huston. He was also excited to tell me about SIG Air’s move into the high quality airsoft business – a market with HUGE potential for the company.

That’s Joe below with the SIG Air ProForce MCX airsoft model. It’s a high-end AEG gun with metal gearbox. I know that HAM is not about airsoft, but this gun was definitely a real hoot to shoot on full automatic. I tried! 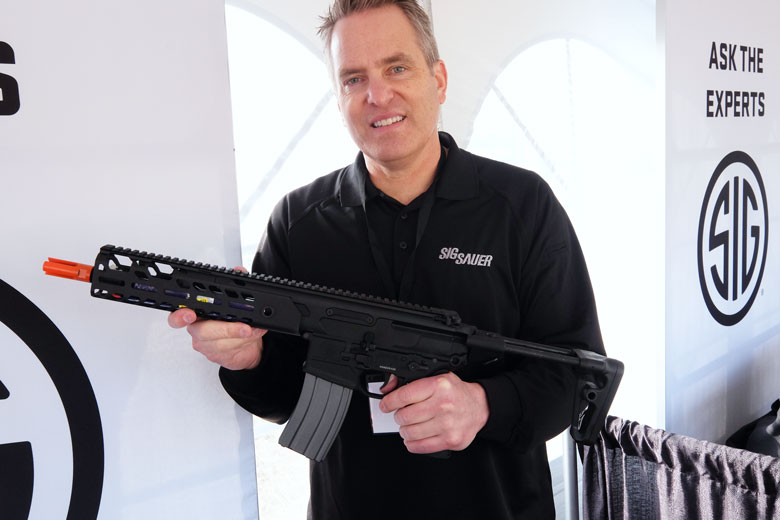 But wait! There was even more news from SIG Air!

The new ASP SuperTarget over-cocking target pistol was also here in shootable form. (I’ve seen it before in a non-shooting, pre-production version). This air pistol has very similar grips and handling to the SIG P226 firearm and – again – has strong training potential for firearms owners. 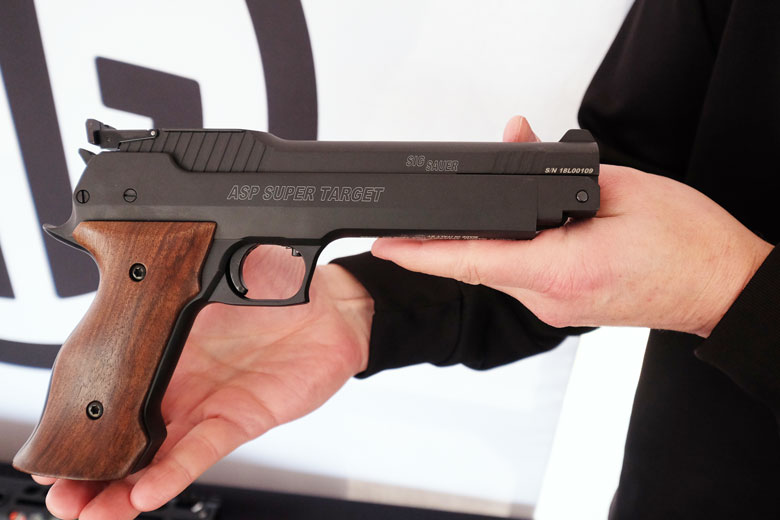 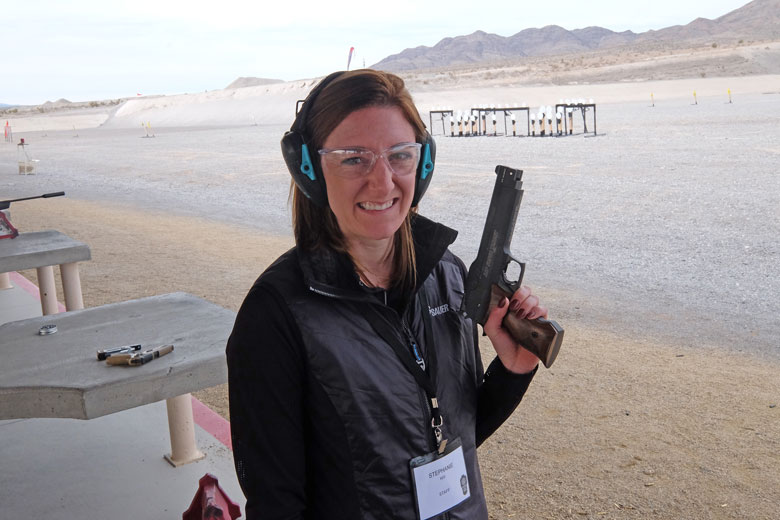 I shot this air pistol, of course, and found the overlever action to be easy to operate, even if actually loading the pellet into the breech was somewhat of an acquired skill. 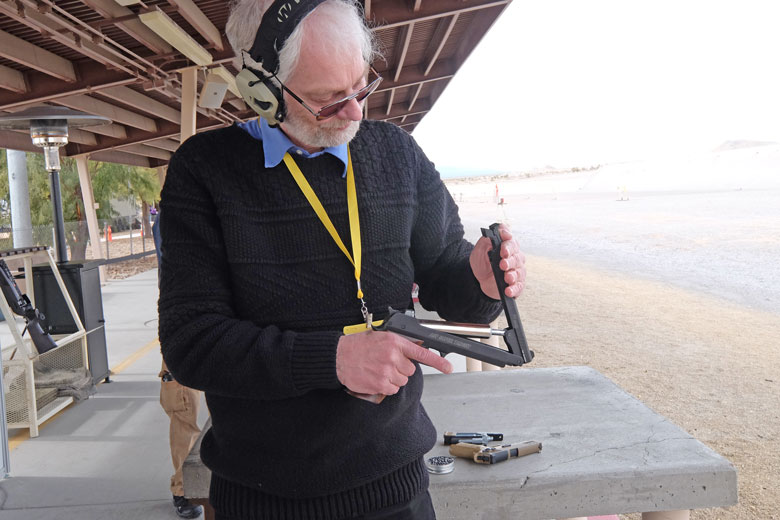 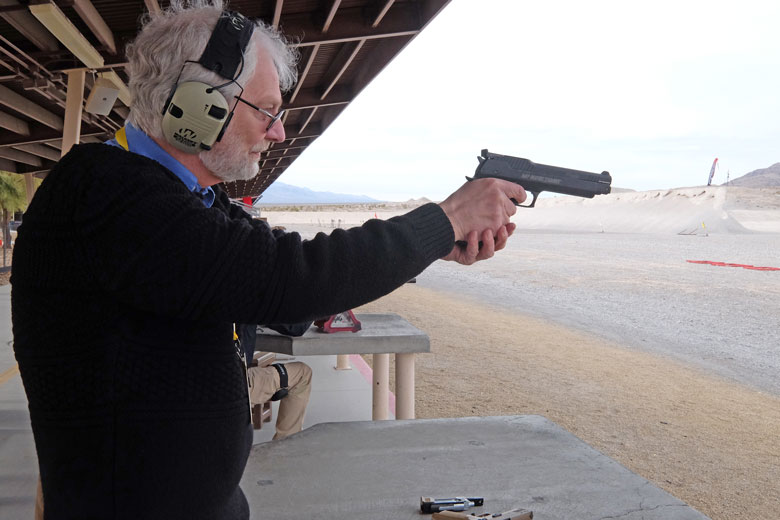 That’s a lot of news from SIG. This evening I’m attending a Velocity Outdoor (formerly Crosman Corporation) media event. HAM will bring you all the latest new airgun product news from that tomorrow! 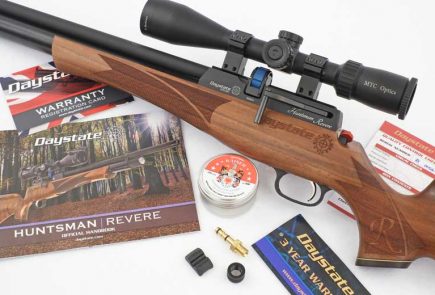 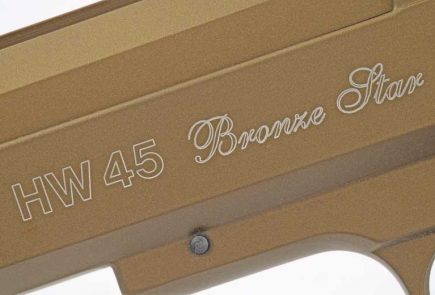 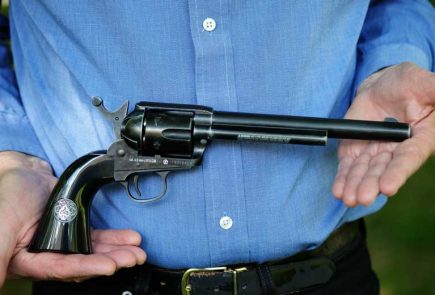 Build Your Own Custom Airgun With Pyramyd Air!