New Umarex 850 M2 To Be Launched At SHOT Show 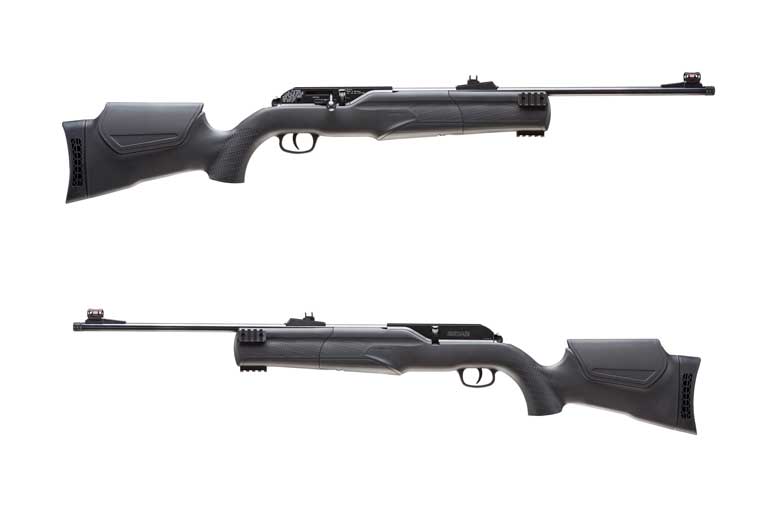 So it’s great to see this new version of this classic with an improved buttstock and removable cheek piece.

Here’s some comments the HAM Team made about the 850 AirMagnum. They’ll doubtless apply to the new Umarex 850 M2 also…

“It’s accurate, has an 8-pellet clip with convenient bolt action and it handles very well. There’s no recoil and no heavy cocking effort to compress a spring or gas ram. For these reasons it’s really, really easy to shoot well for almost any shooter. And the price is fair for what it offers.”

The 850 is an air rifle with somewhat of a “cult” following for what it does and how it does it. Designed and manufactured in Germany, it’s available in Europe in both .177 and .22 calibers. It’s not clear yet if both calibers will be offered in the US – HAM will let you know once we have confirmation from Umarex USA.

The Umarex 850 M2 has an 11mm scope mounting rail (standard for many airguns), together with iron sights. There’s no bundled scope, but this gives the owner the freedom to choose his/her own riflescope.

Short Picatinny rails form part of the forend/CO2 cartridge cover. These allow the fitment of lasers, lights or a bipod to give additional flexibility over the Hammerli version.

If you’re looking for an accurate air rifle for plinking, target shooting, firearms practice, or shooting with the family the Umarex 850 M2  is likely to be a great choice.