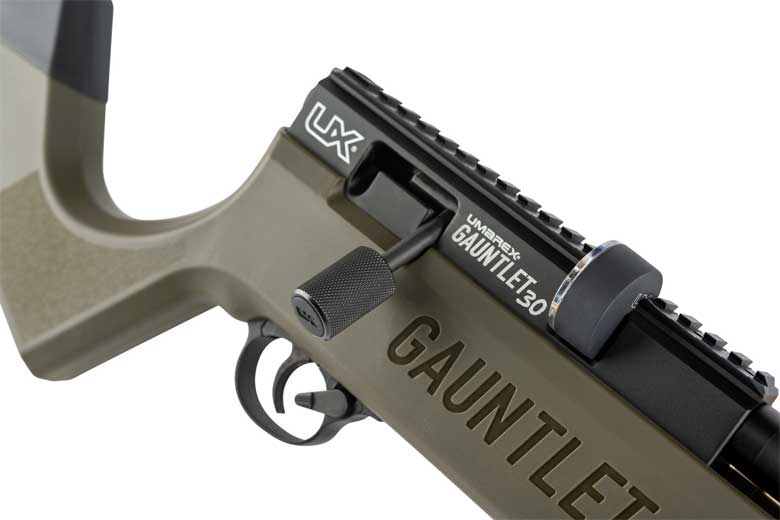 As with previous Gauntlet models, the company continues to push the price/performance envelope with this platform. The Gauntlet 30 offers no less than 99 Ft/Lbs of Muzzle Energy for a Street Price of just $479.99. That has to make it attractive to airgun hunters and long-range benchrest shooters on a budget.

To be specific, the company’s claim is that the Gauntlet 30 produces a Muzzle Velocity of 1,000 FPS using 44.75 Grain pellets. That actually calculates out to 99.39 Ft/Lbs of Muzzle Energy. So there’s a chance that it could exceed the magic 100 Ft/Lbs with a heavier pellet…

High Pressure Air is provided by the 4,500 PSI, 24 Cubic Inch regulated tank that debuted on the HAM Gold Award-winning Gauntlet 2. Of course, more – make that a LOT MORE – air is required per shot for the .30 caliber version.

So, in this case, the .30 caliber Gauntlet uses a regulator pressure of 2,800 PSI. However, Umarex tells HAM the the consistent shot count is still a creditable 25 shots.

In spite of the larger caliber, the Umarex Gauntlet 30 is still obviously a Gauntlet. It has the same basic external configuration, although clearly there are internal changes, combined with a new breech, bolt and 7-round magazine. 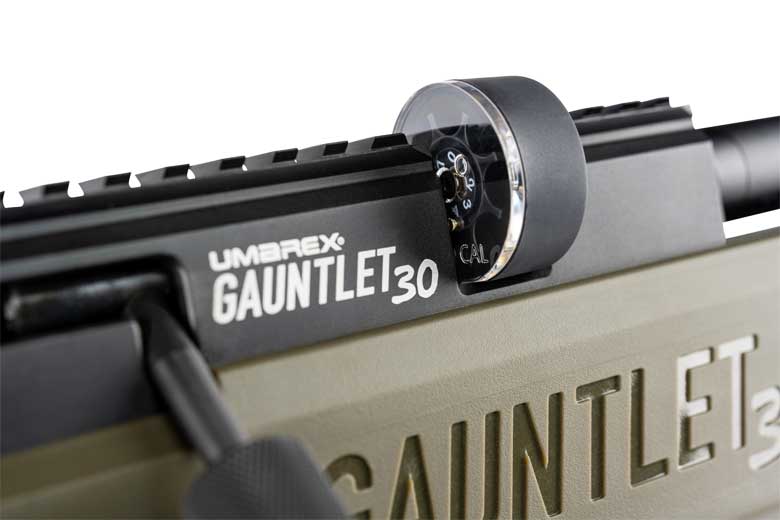 There’s also built-in capability to adjust the hammer spring weight. Ah here could be the way to exceed 100 Ft/Lbs! And, given what’s expected to be a loud report, the barrel is threaded with 1/2 – 20 threads for the attachment of a silencer.

Continued unchanged from the Gauntlet 2 are the synthetic stock with forearm slots for M-Lok accessories, the adjustable cheekpiece and the oversize, knurled bolt handle. The trigger remains the same, too.

As with other Gauntlets, the .30 cal version ships with two magazines and a single shot tray.

Pyramyd Air is already allowing pre-orders for the Umarex Gauntlet 30. They show an estimated availability date of April 20, 2022. You’ll find this .30 cal version in a drop-down from Pyramyd’s regular Gauntlet 2 page.