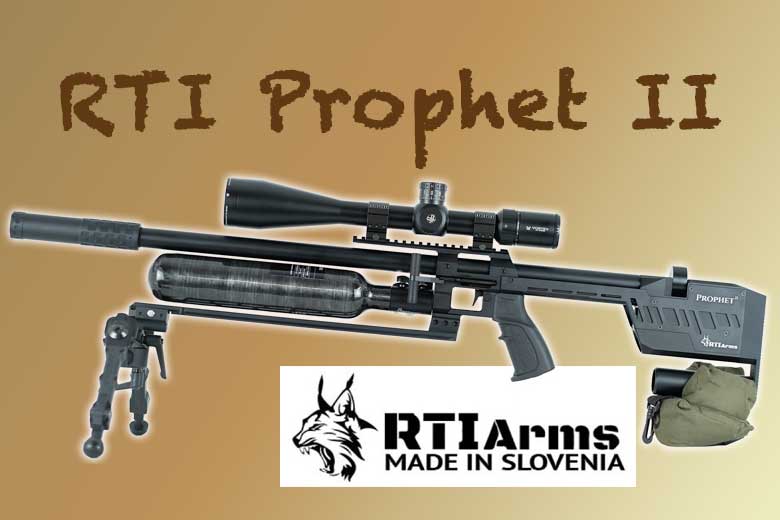 The RTI Prophet II is the latest air rifle from the Slovenian manufacturer. As the name implies, it’s an upgrade to the successful Prophet model that HAM tested in 2021.

The Prophet earned a HAM Gold Award with an outstanding score of 95%. The HAM testers loved it!

HAM readers first learned about the Prophet II in our story from the IWA Show in March. But now there’s more information available and the news that it’s coming soon to Airguns of Arizona.

So what’s different about the Prophet II?

Essentially there’s improvements in three main areas: barrel, valve and breech block. So these are not insignificant changes. The RTI Prophet II looks very similar to the original Prophet, however there’s clearly some big improvements internally.

The company tells HAM that Prophet II models in .22 and .25 calibers are equipped with RTI’s lightly-choked proprietary barrel (RPB) which – they say – delivers improved accuracy with both slugs and pellets.

The .177 and .30 caliber guns are fitted with choked Lothar Walther barrels.

This operates in combination with a new valve which uses air from the barrel to close faster. RTI explains that the valve opens from zero to full in 1 millisecond. The result is that the Prophet II can achieve high power from low HPA pressures and with great efficiency, RTI says.

The Prophet II Performance is also optionally available with a tan Cerakote finish.

The Prophet II Performance will be available in the USA from Airguns of Arizona and Precision Airgun Distribution dealers.