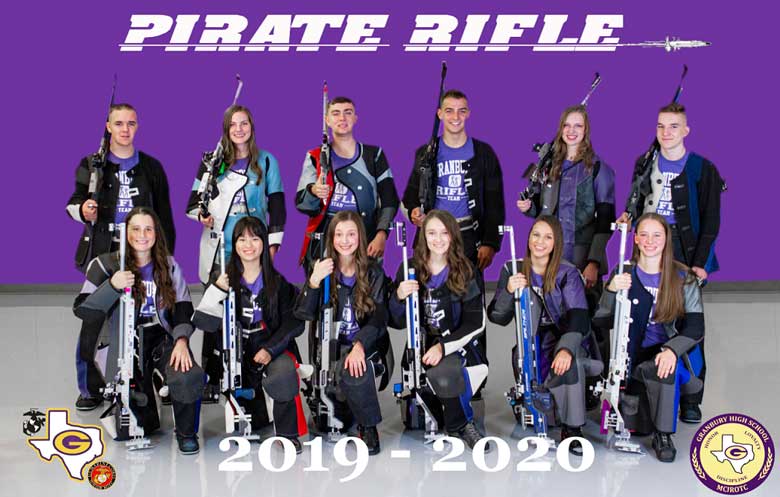 Orion Scoring Systems has announced its 2019 Air Rifle League results. This was the biggest League to date and there were outstanding performances recorded by many teams.

Granbury MCJROTC was the 2019 National Air Rifle League Champions. The team won the championship game against La Cueva MCJROTC 2445.6 to 2418.0. That’s the Grandbury team in our photograph above.

In that match Granbury MCJROTC was led by, Philip Becker who shot a 618.5. The remaining contributing members were Allison Henry, M’Leah Lambdin, Clarissa Layland, and Kaylynn Slaughter. Granbury MCJROTC is from Granbury, TX, and is coached by LtCol Scott Casey.

The championship game marks not just Granbury MCJROTC’s second league championship, but also their second straight perfect season. They went 10 – 0 both this season and in 2018. Their overall record in the league is an astounding 43 wins and 5 loses.

La Cueva MCJROTC will take home the second place league banner and the second place JROTC Conference banner, earned during the regular season. They finished the season with a 9 and 2 record.

Their season was marked by a steady constant improvement. After the first few games of the regular season La Cueva MCJROTC was in sixth place in the league. They finished the regular season though with wins over Stuttgart, North Gwinnett, Abraham Lincoln, and Everett Sportsmans Club to give them a 3 seed on the tournament. Then in the second round they upset Robinson High School to make it to their first championship game.

In the championship game La Cueva MCJROTC was led by, Molly Palko who shot a 607.8. The remaining contributing members were Isaac Reichsfeld, Anelisa Fernandez, Andrew Schmidt, and Miriam Reichsfeld. La Cueva MCJROTC is from Albuquerque, NM, and is coached by 1st Sgt Alberto Griego. 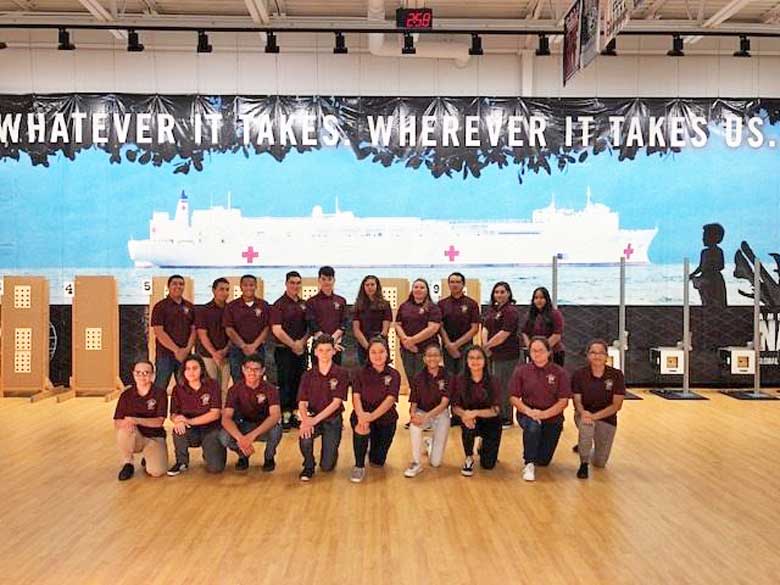 In the championship game Zion Benton NJROTC was led by, Alexia Resendiz who shot a 563. The remaining contributing members were Jeremiah Vonzell, Halie Creekmore, Niko Jackson, and Donovan Reno. Zion Benton NJROTC is from Zion, IL, and is coached by Dan Hackstein.

Most Value Player honors go to Alexia Resendiz. Resendiz lead Zion Benton in two of the three tournament games and averaged 556 throughout.

Saint Thomas Academy will take home the league’s second place banner. They also won the Junior Rifle Club conference title during the regular season. They finished the season with an 7 – 3 record.

In the championship game Saint Thomas Academy was led by, Michael Driscoll who shot a 546. The remaining contributing members were Joey Farrington, Joe Brennen, Daniel Staelgraeve, and . Saint Thomas Academy is from Mendota Heights, MN, and is coached by Paul Preblich. 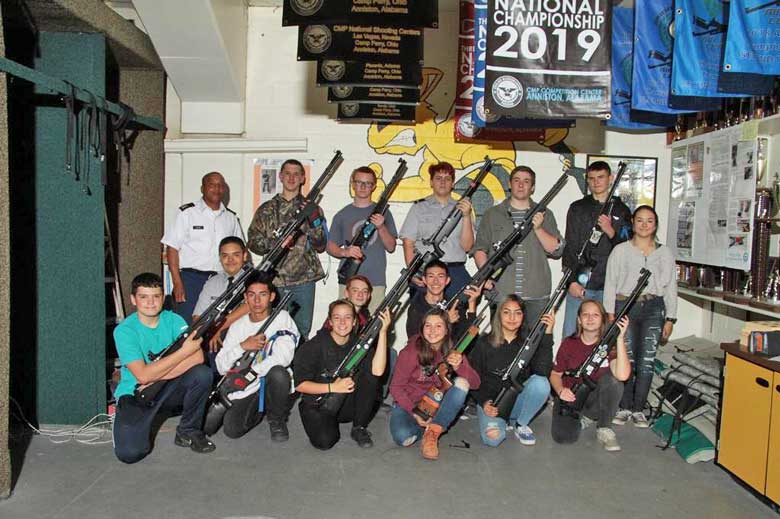 Pueblo County AJROTC wins the Invitational Tournament, defeating Fontana MCJROTC 2149 to 2039 last week in the title game. They finished the season with a 6 – 1 record. They also earned the second place AJROTC banner during the regular season.

In the championship game Pueblo County AJROTC was led by, Kameron Salazar who shot a 551. The remaining contributing members were KaitLynn DeLaittre, Wyatt Devenyns, Sylvia DeHerrera, and Jonathan Sellars. Pueblo County AJROTC is from Pueblo, CO, and is coached by Arnold Lewis.

Fontana MCJROTC finished the season with a 7 – 3 record. During the regular season they also earned the third place MCJROTC conference banner.

In the championship game Fontana MCJROTC was led by, Moses Ramirez who shot a 527. The remaining contributing members were Emily Romero, Samantha Gomez, Jasmine Arguello, and . Fontana MCJROTC is from Fontana, CA, and is coached by MSgt Wayne Harkley.

Congratulations to all the participants from Hard Air Magazine! You can find more details of the Orion Scoring Systems 2019 Air Rifle League results from the Orion Home Page.