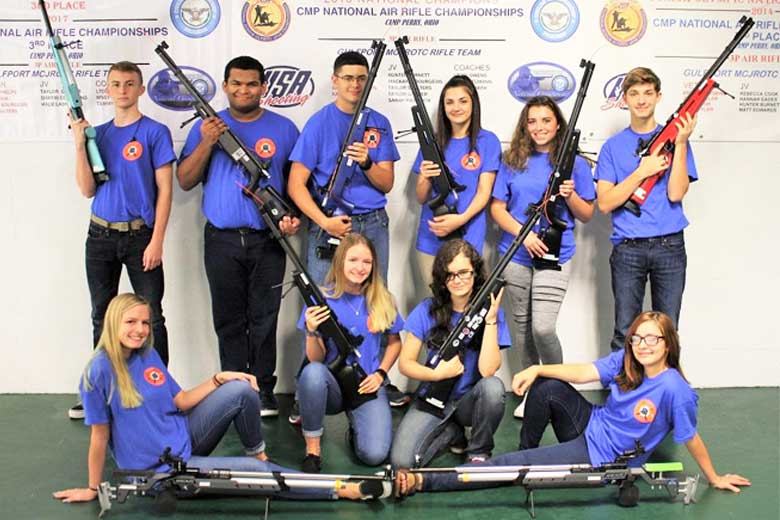 The Orion 2019 National Air Rifle League kicks off this week. With 160 teams, the biggest league yet, it is undoubtedly going to be an exciting year!

In the Precision league Granbury MCJROTC will be looking to repeat as league champions. Last season they went undefeated, 10 – 0, and have an impressive 33 – 5 record in all time league play. Their chance to repeat looks good with returning athletes Phillip Becker, Clarissa Layland, and 2019 League MVP Allison Henry.

Granbury MCJROTC will face increased competition this year. League newcomers East Coweta MCJROTC and Stuttgart AJROTC will give them that challenge bringing with them their impressive resumes. East Coweta has twice been the Georgia High School champion, was the 2016 Marine Corps JROTC Service champion, not to mention has numerous top three finishes in the National JROTC Championship. Stuttgart won the 2018 Army JROTC Service championship and also regularly challenges for the National JROTC Championship.

Georgia Competitive Shooters will also be looking to get back on top. They have three league championships of their own 2015, 2016, and 2017, and have a league leading 37 – 2 overall record. Their only two losses in league play came last season, and both against Granbury MCJROTC. 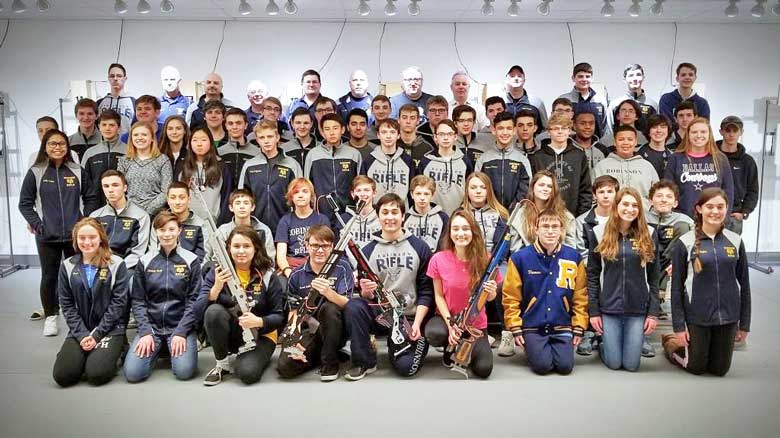 New for the Orion 2019 National Air Rifle League this year, the Precision league will be scored in decimal. This follows a rule change to the National Three-Position Air Rifle Rules, and is now the standard for standing air rifle events.

Gulfport MCJROTC will be after their third league championship, they won in both 2015 and 2016. They have a league leading 37 – 2 record. Their only two losses came in the championship tournament; they have never lost in the regular season.

Also watch out for the teams from Hawaii! Hawaii has one of the most well developed high school rifle programs in the country. It is a bit unfortunate that their teams don’t get to travel to the contiguous states more often, because they are really good. Two Hawaiian teams earned a spot in the Champions division this season, Moanalua High School from Honolulu, HI and Waimea AJROTC from Waimea, HI.

Finally, we want to welcome back South Brunswick AJROTC and A. C. Mosely MCJROTC to the Orion 2019 National Air Rifle League.
Last season both of these schools had their seasons cut short or cancelled due to the devastating effects of hurricanes Florence and Michael. We commend your spirit to rebuild and wish you the best of luck this season.
likethis
Posted In
Event News, News
Tags
Oct 2019
Oct 2019
You might also like
Read More