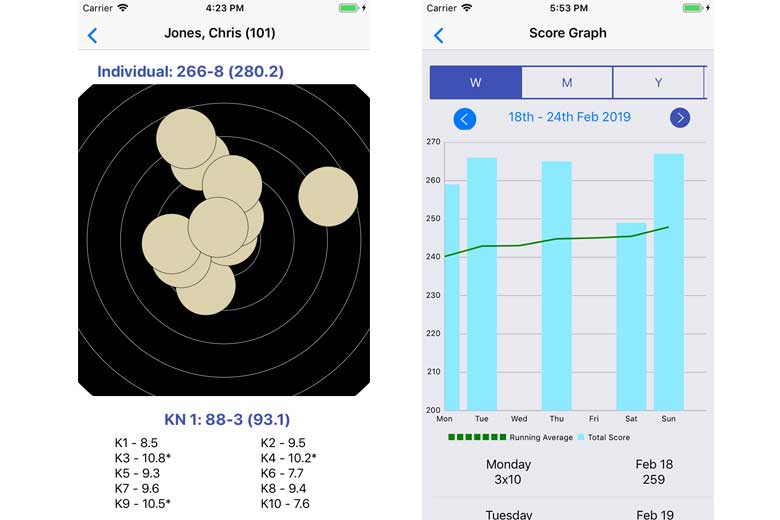 Currently it can be found in in the Apple Test Flight (beta store) and the Google Play Beta Store. It will be released to production within a few weeks.

The Orion app is a major step forward for the shooting sports, says the company. It features many new technological advancements never seen before in the sport.

And the Orion app is free for all users!

With the Orion App, athletes can track all of their practice and competition scores, track their running average for any event or stage type, get text notifications when their targets are scored, view their squadding and registration data for any match, and view their target images for every event they compete in.

The Orion app offers match officials new tools, as well. For the first time, range officers have a digital and updated squadding list, can submit incident reports digitally, and update athlete registration data through the app.

Spectators can now watch live results from the app. This includes a live leaderboard of the top athletes or teams, watching selected athletes, and viewing their target images. Result Lists for both local and virtual matches are also included.

Erik Anderson, Ph.D., the owner and lead engineer for Orion says, “This is a major advancement for both Orion and the shooting sports. For the first time we have been able to connect athletes and their performances together, digitally, and automatically.”

“The amount of automation we’ve been able to include, displaying scores and results in an easy to use app in near real time, finally puts shooting on par with many for-profit sports,” he continued.

“We at Orion believe your practice scores, simply put, are yours and yours alone. When we developed the Orion Mobile App we built in multiple layers of privacy and security. Your scores belong to you, and we intend to keep it that way.”

Score History is the best new feature we added to the Orion app, says the company. With it, athletes can graphically track their performance over time. Not only can athletes see the scores they shot each day, Orion will also display their running average; athletes can quickly tell if they are improving.

Score History works with both practice and competition scores. We have it integrated with all air rifle, air pistol, smallbore rifle, and BB gun matches. We will be expanding it to all event styles soon.

Even before they get to the range for a match, athletes can open the Orion Mobile App and check their squadding. No need to ask the range officer for a squadding list, athletes can go directly to their firing point.

All squadding information, relays and firing points, are entered into the Orion Desktop software. Once entered, the mobile app can read the squadding, then displays it. A pull down to refresh is all that is needed in the app. 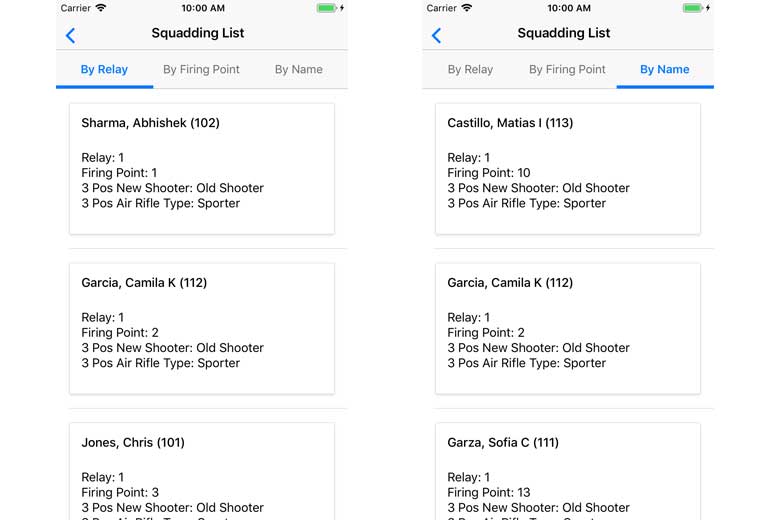 All squadding information, relays and firing points, are entered into the Orion Desktop software. Once entered, the mobile app can read the squadding, then displays it. A pull down to refresh is all that is needed in the app.

Did a name get misspelled or their Air Rifle Type get entered wrong? No problem, designated Range Officers can update this data in the app. It is then automatically pushed to the Orion Desktop and corrected.

Another first for Orion, Range Officers and Jury Members may now submit incident reports digitally through the Orion app. This lets Range Officers do more of what they should be doing, spending time on the range instead of filling out paper forms!

The Orion Mobile App makes it easy, too. Just select the athlete, the stage of the match, choose from a list of common incident reports (or write your own), and fill out the details to submit. The

Incident Report is pushed to the Orion Desktop software. With in a few seconds the incident report is viewable in the Match Scoring tab.

An athlete can open up their target images three different ways as well: from their score history, from the match’s home page, and from any result list.

To make a match exciting during the competition, a necessary component is to have a leaderboard that ranks athletes by their average shot fired. It is hard to believe that some electronic scoring system still don’t offer a leaderboard to view on the range.

Orion has had an online leaderboard for years, and is now the first scoring system to make the leaderboard available in a mobile app. Even more exciting, watch the leaderboard in Orion, and it will let you know who is moving up, and down, the list as targets are scored.

The Orion App wouldn’t be complete without offering ranked results of the competition. In every public match athletes, coaches, and spectators will have access to every result list.

With the Orion App athletes now have all of their scores in one location, both practice and match score. This is true, no matter where they shot at, what discipline, or what course of fire. The Orion App automatically lists your scores on the home page organized by date.

Don’t see your scores? Make sure your match directory is using Orion, has results set to upload, and has your email address in Match Competitors.

Debuting for the first time during the 2018 National Matches at Camp Perry, Orion now scores large format targets, or any target too large to be scanned.

This includes the 50yd., 50m and 100yd. conventional rifle targets.

The mobile app takes the image of the target, then transmits it to the Orion Desktop software for scoring.

To assist the range officer who is taking the target images, the Orion App has a lot of built in tools.

For example the app knows the order that the targets, including the athlete and type of target, should be taken in. It keeps track which images have been taken, and gives aiming bull guides when the photo is taken to help take higher quality photos.

To use these new features, existing Orion customers are advised to update to version 2.5.15 of the Orion Desktop software. This is a free upgrade for all license customers.