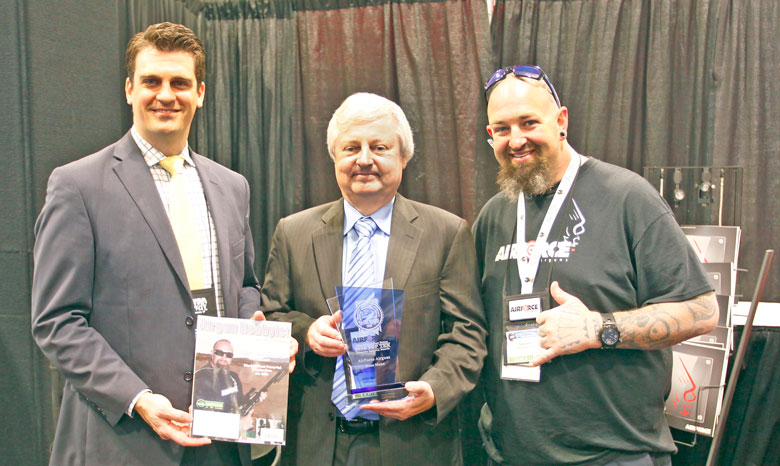 The Blue Book of Gun Values – the world leader in firearms information and values has announced the 2015 Blue Book Top Ten Awards for innovation in the Firearms Industry.

This marks the second year of the Blue Book of Gun Values Top Ten Firearms Industry Awards for innovation and excellence in firearms and related accessories.

Armsmakers at the 2015 SHOT Show did not disappoint, making this year especially tough for the Blue Book panel of editors and experts to select the best of the best. The Blue Book team felt that true innovation through 2014 has been harder to come by than in years’ past, mainly due to lagging sales of existing product line ups in a down market.

But, they say, there were some remarkable and truly unique firearms, optics, a suppressor and even an airgun! The Blue Book panel gave high marks to all on the grading criteria of quality, market need, and significance of updated design/features.

Interestingly, the Blue Book 2015 Top Ten Innovation Awards for the FIREARMS industry, includes an air rifle, the AirForce Airguns Texan big bore model. To see an airgun included in these awards representing highlights of an industry rich in talent and true innovation is a major step.

The Blue Book Awards described the AirForce Texan as follows:

“After a couple years of research and development AirForce Airguns revealed the most powerful U.S.-made hunting air rifle, the Texan. The Texan has the famous AirForce look and feel, but it is a .45 caliber pre-charged pneumatic airgun that shoots a .45 slug at power levels in excess of 500 foot pounds. AirForce founder and CEO John McCaslin said, ‘When we started toward a serious hunting gun, we knew it had to be a larger caliber than most on the market today. Going with the .45 gave us the best balance of energy, accuracy, and stopping power.”

The Texan features a 34-inch precision rifled barrel and a side lever for loading and cocking. The lever is designed for smooth, easy action. All of the features that have made AirForce one of America’s favorite pre-charged airgun brands are present on the Texan, including the distinctive and unique AirForce look. The gun weighs 7.65 pounds and has an overall length of 48 inches making it easy to carry and handle.

AirForce Airguns has been innovating, designing, and producing precision pre-charged airguns at their Fort Worth, Texas headquarters for over 15 years. They are known for developing some of the most technologically advanced airgun shooting systems in the world and for making the original (and favorite) black airgun. The Texan is available in several shooting kits that include a scope and rings. MSR on the Texan (gun only) is $1,054.95.”