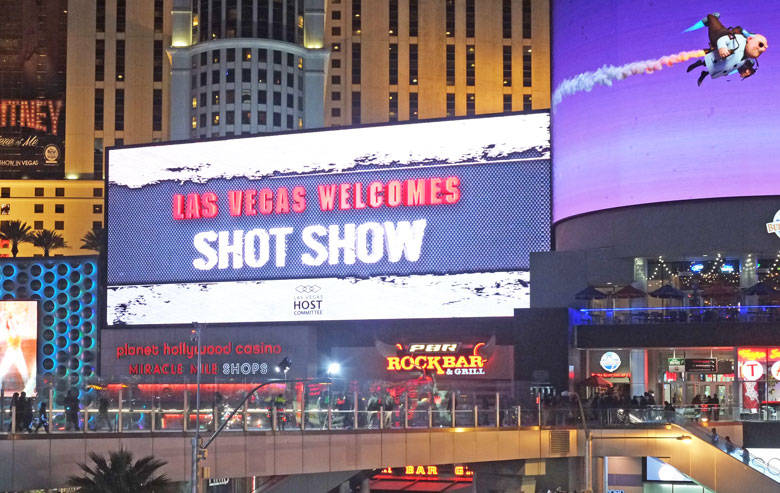 For our Airguns at the SHOT Show 2016 Day 1 Report, we’ll take a quick look around the show and concentrate on some new announcements from Crosman.

As always, there were huge numbers of people at the show and lots of new airguns, too!

And again, Gamo has many new airguns at the SHOT Show 2016. There’s air rifles as far as the eye – or at least the camera – can see… 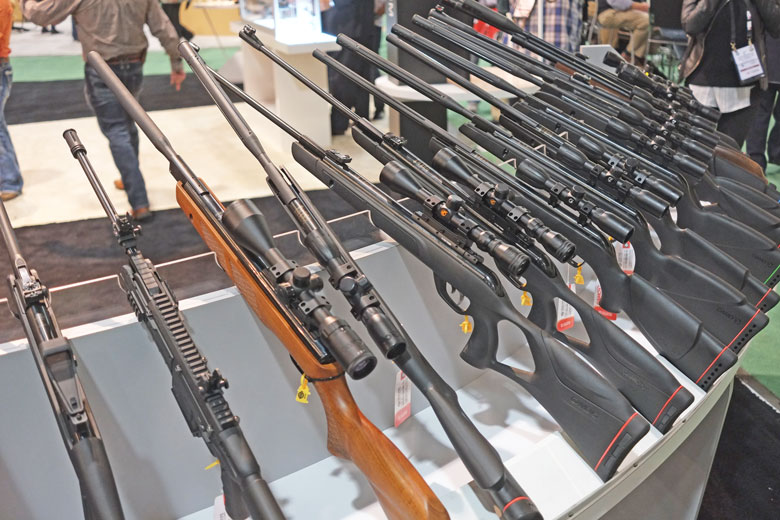 Umarex was busy too, as you can see from the photograph below. 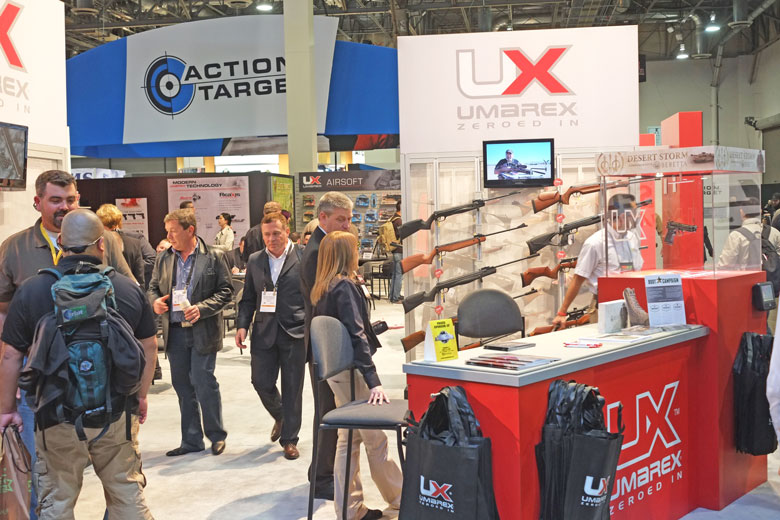 And so was Crosman… 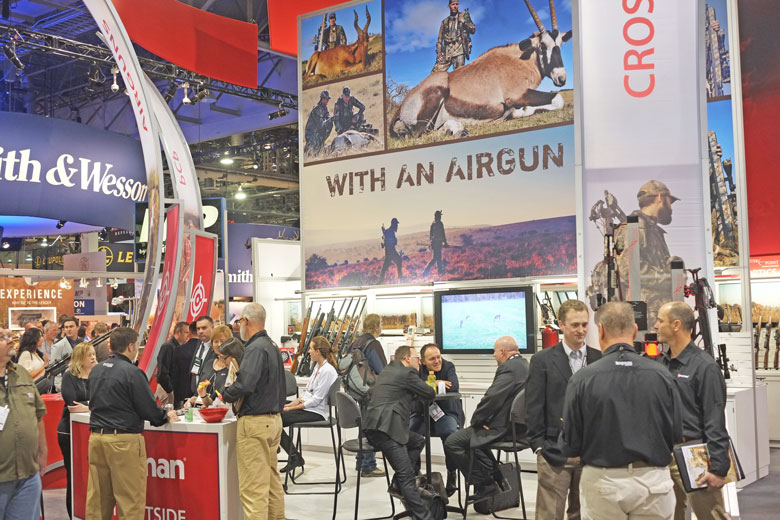 Much of the action at Crosman was centered around the new Benjamin Airbow. 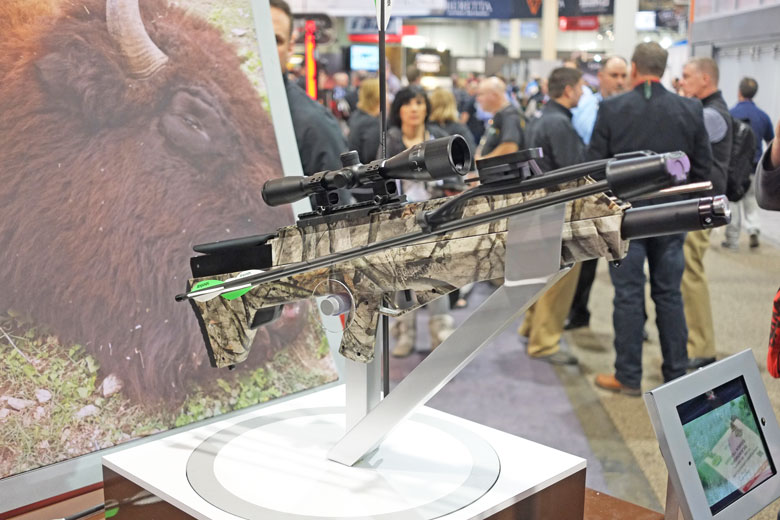 But, in my opinion, the biggest airgun news was that Remington has got out of the airgun business itself and has licensed its brand to Crosman, as this corner of the Crosman booth showed. 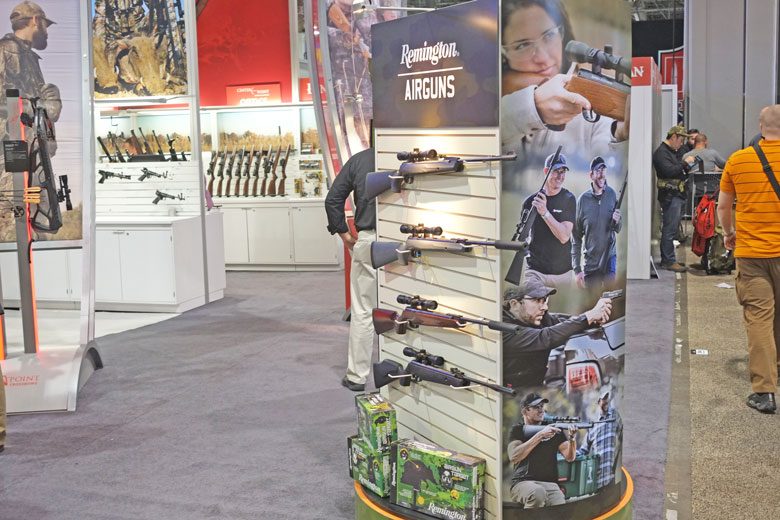 In fact, Crosman announced that it has secured exclusive rights to offer air gun products featuring the Remington label. Again!

As many will remember, Crosman previously manufactured, marketed and sold air rifles under the Remington brand some years ago – although that was a relatively short-lived partnership.

Remington-branded air rifles and air pistols will be available through Crosman’s worldwide distribution channels with products appearing on shelves later this year. The United Kingdom is excluded from the license. This implies that Sportsmarketing Group (SMK) will continue to sell the existing line of Remington airguns in the UK, rather than the forthcoming Crosman-manufactured guns. 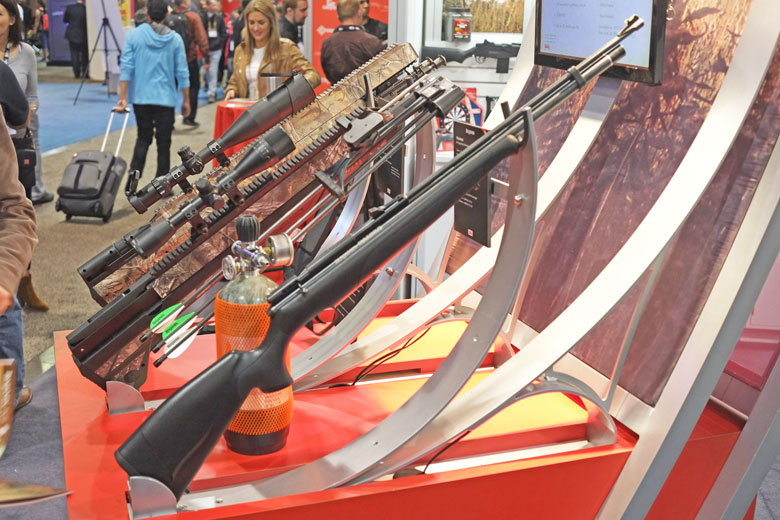 The other noteworthy announcement from Crosman concerned the new Benjamin Maximus air rifle. This single shot bolt action rifle is effectively a new version of the long-running Benjamin Discovery PCP air rifle, with a black synthetic stock and some cost reductions in manufacturing. Photo above.

What’s really new is the price point. Crosman say that the new Discovery – er I mean Maximus – will be available at an MSRP of just $199.99. The Street Price will likely be less than that. This is an almost unprecedented price for an entry-level PCP air rifle.

Crosman says that the Maximus will be available in both .177 and .22 calibers. It will also be available bundled with a hand pump, as the Discovery has been.

That’s it for Hard Air Magazine’s Day 1 report on airguns At The SHOT Show 2016. We’ll bring you more details in the next few days. 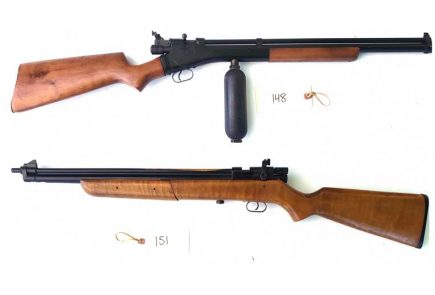 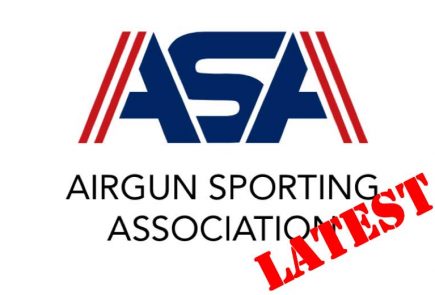