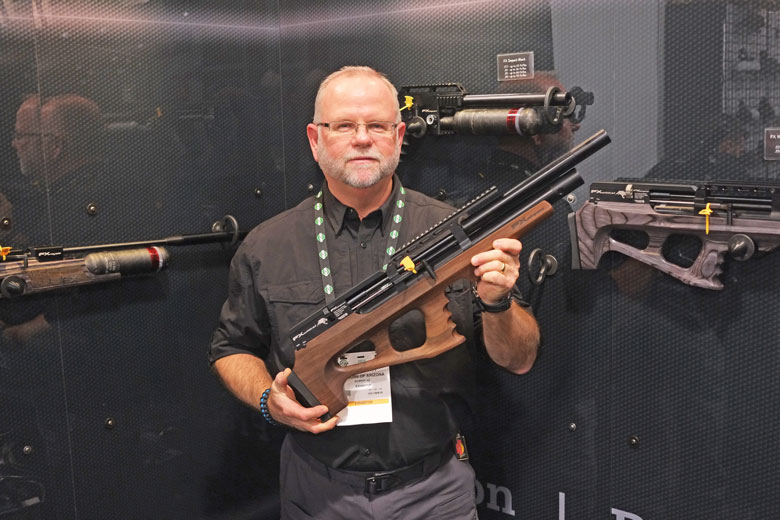 For HAM’s day 4 report on airguns at the SHOT Show 2016, we have more information about new PCP introductions.

FX Airguns booth at the SHOT Show was run by US importers Airguns of Arizona. Our heading photograph (above) , shows Larry Piercy of AoA proudly showing the new walnut stock version of the FX Wildcat. Another new version was the laminated stock Wildcat, shown below. 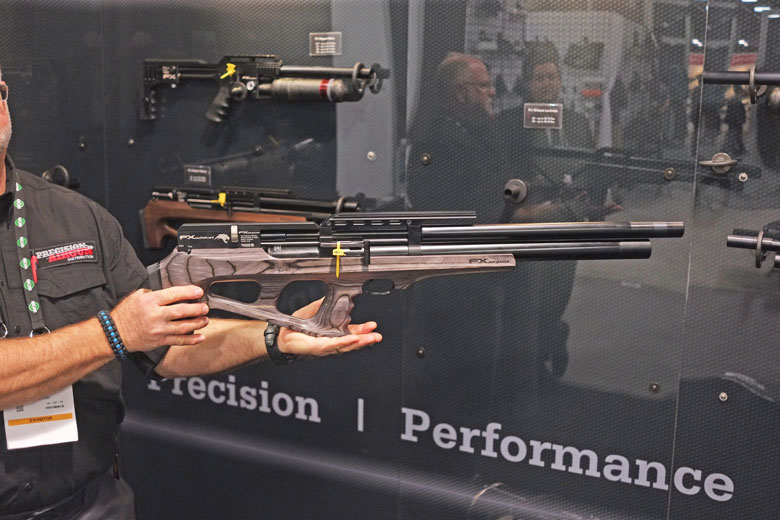 These wood stock versions were unusual for FX. The majority of their guns feature a synthetic stock, like the FX Impact shown below. Thanks Larry! 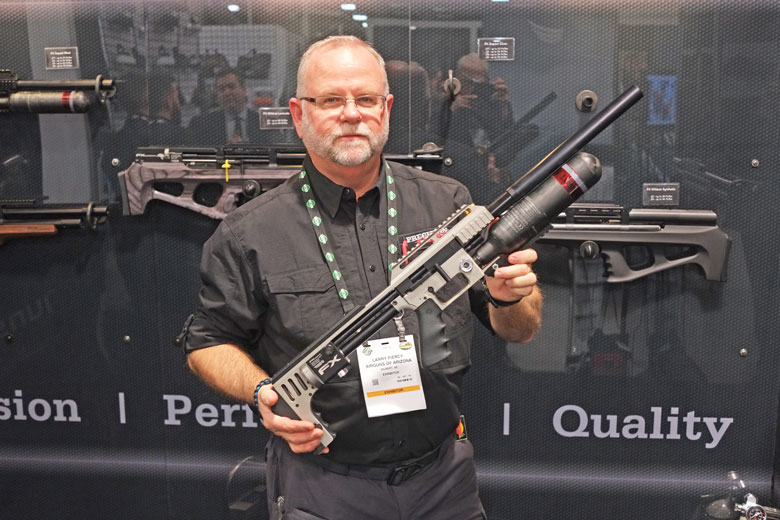 New to the US market are Ataman air rifles. These Russian PCPs are being imported by Air Venturi and there’s a wide range, as we can see from today’s report on airguns at the SHOT Show 2016. Air Venturi’s CEO Josh Ungier speaks Russian and I saw him chatting animatedly to Ataman folk in Russian about the new guns. They were having a great time!

The Ataman model that most appealed to me was the carbine version. This has a collapsible stock, excellent pointing characteristics and the same crisp trigger as the other models. Here’s a couple of photographs of this model. 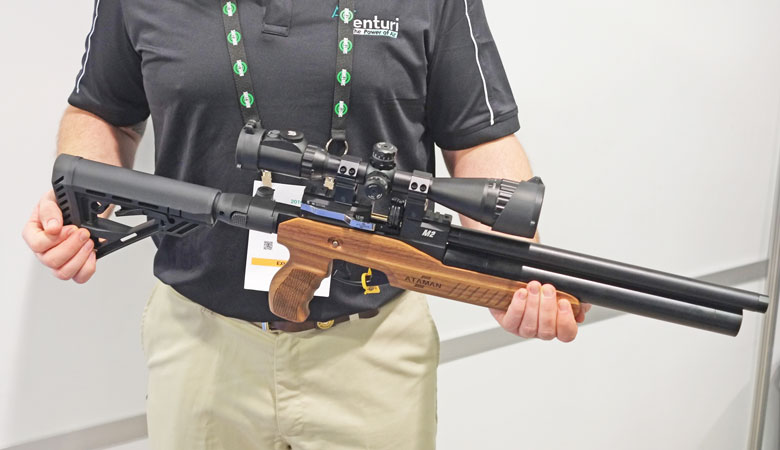 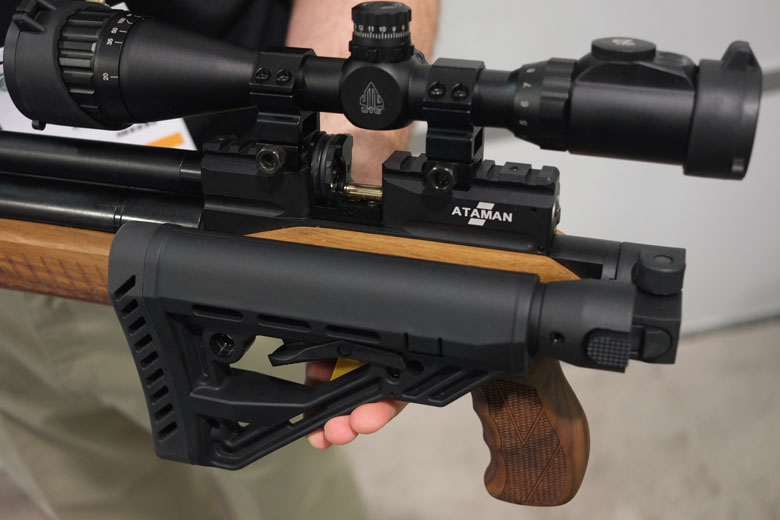 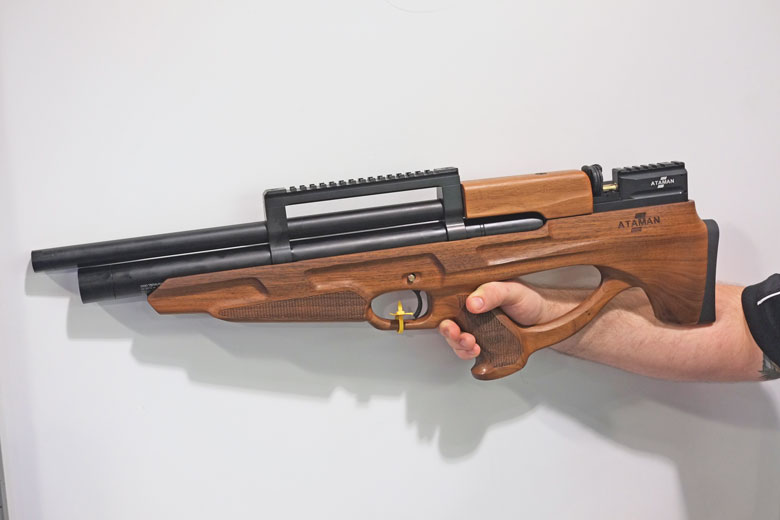 The photo below gives a close-up of the breech and cocking lever of the Ataman bullpup. Very nice! 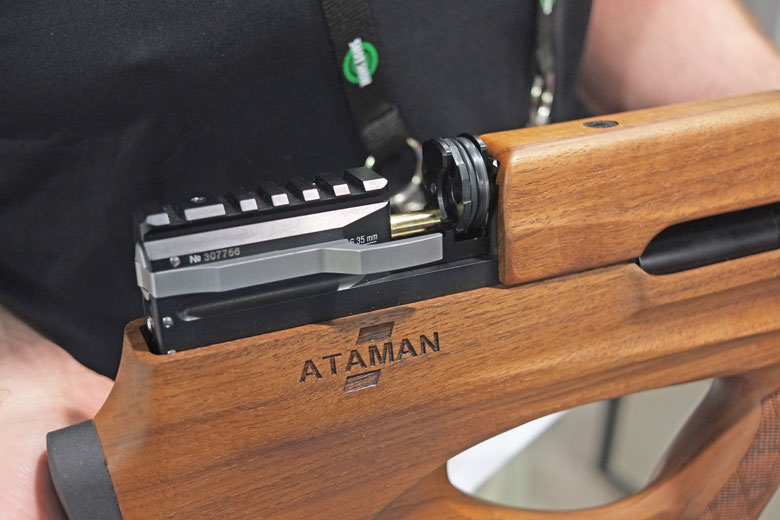 There’s also a full length model, of course and below we see how this compares to the bullpup in size. 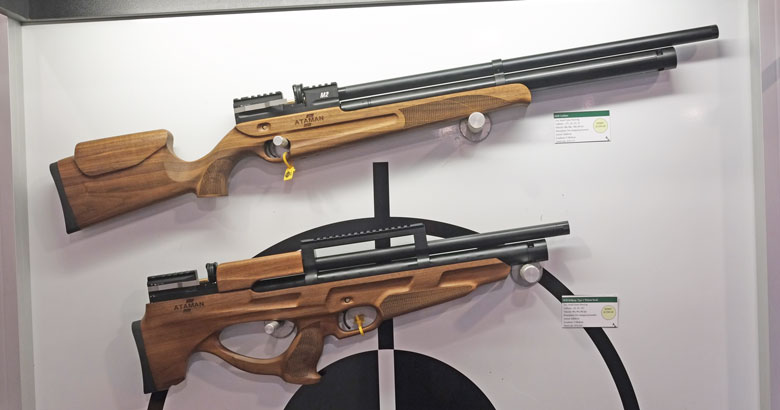 The Russian Ataman website also shows synthetic stock versions of many models. All the Ataman airguns at the SHOT Show 2016 were wood stocked. I don’t know if synthetic versions will make it to the US.

Below, Evanix boss Siyoung Lee shows the Rex carbine. This unusual PCP airgun is cocked by moving forward the black perforated lever that doubles as the trigger guard. Unusual, but it worked well! 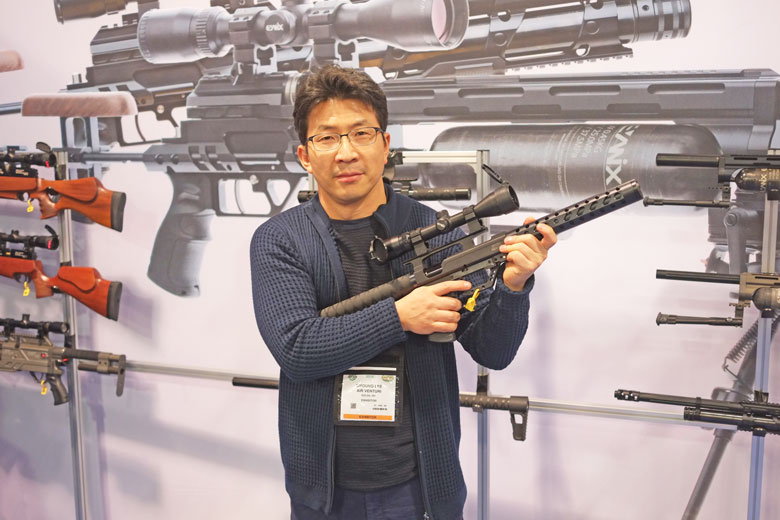 Here’s all three models, side by side for comparison. The Rex series is available in calibers from .177 to .50 cal. Yes, that means that the Evanix Rex-P is a .50 caliber air pistol. That must be a first! 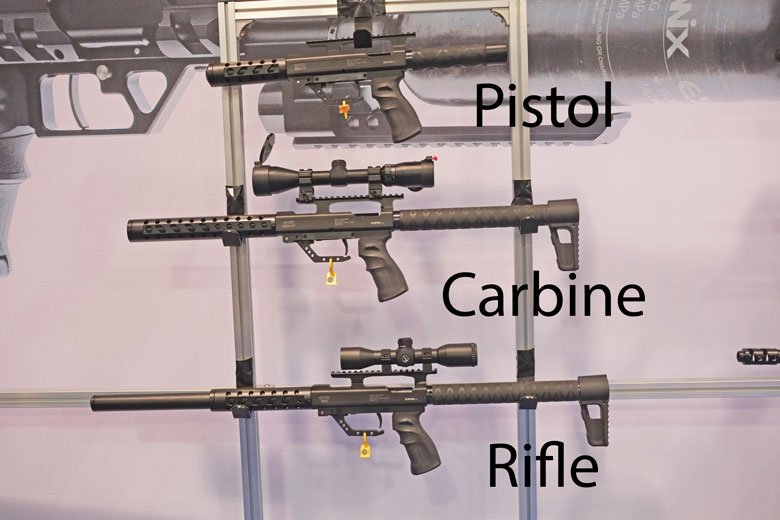 Mr Lee also showed me a prototype for a new air rifle his company is developing. Maybe we’ll see this in production form at SHOT Show 2017? 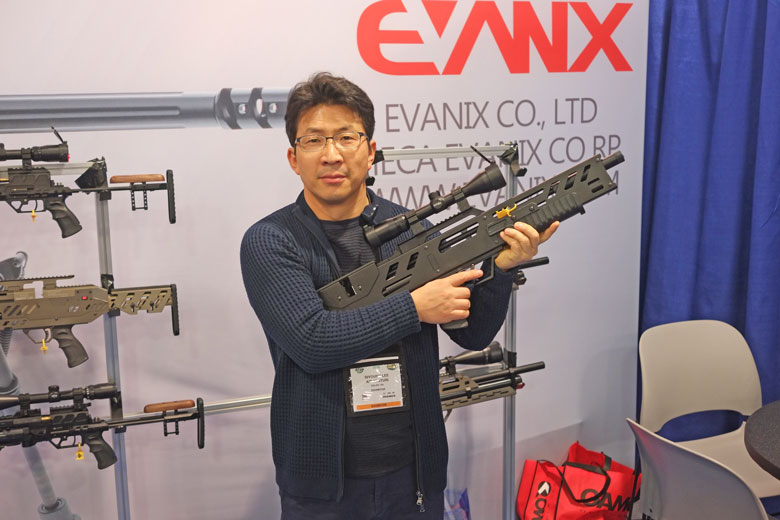