Firearm and Airgun Worlds Collide With The AirForce Texan! 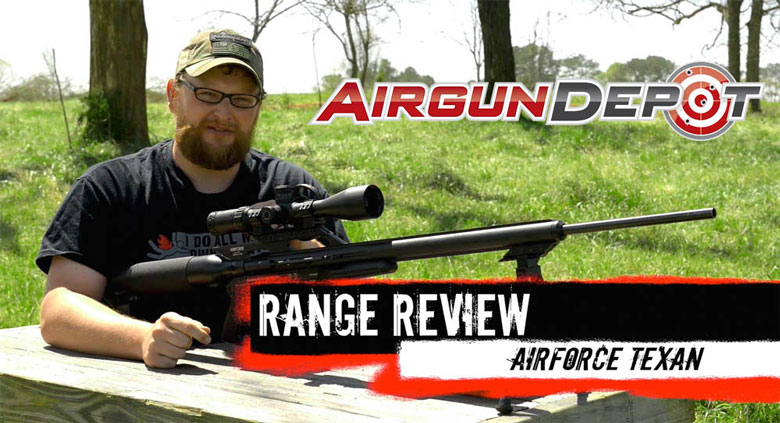 Airgun Depot has recently partnered with Eric Blandford of the IraqVeteran8888 Channel on Youtube to create an in-depth video review of the all new AirForce Texan .45 caliber air rifle. Touted as the most powerful production air rifle on the market, the video showcases the power and capability of a rifle that truly blurs the lines between airguns and traditional firearms. It shows how the firearm and airgun worlds are continually coming closer together.

In conjunction with an entertaining and informative video, Airgun Depot has published “The Definitive Guide to the AirForce Texan” as the go to resource for detailed information on the Texan rifle including the IraqVeteran8888 video review, Eric’s chronograph data, exclusive photos, and a detailed write up of the Texan’s features.

IraqVeteran8888 stars Eric Blandford, who as the shows name suggests, is a Veteran who served in Iraq with the Third Infantry Division in 2005. The channel, which was started in 2008, has recently reached the 700,000 subscriber mark and is one of the largest gun channels not only on YouTube, but worldwide considering that his channel receives over 6 million views per month.

Airgun Depot has certainly peaked Eric’s interest in airguns with what will certainly be the first of many more airguns featured on IraqVeteran8888 and firearm and airgun performance moves closer. Upon spending a day with the Texan Eric commented “This is one sweet air rifle and honestly, to call it an airgun is almost a disgrace. I had no idea that they were so well made!”

Both the IraqVeteran8888 video review and the Airgun Depot Definitive Guide to the AirForce Texan can be found at http://www.airgundepot.com/airforce-texan.html.