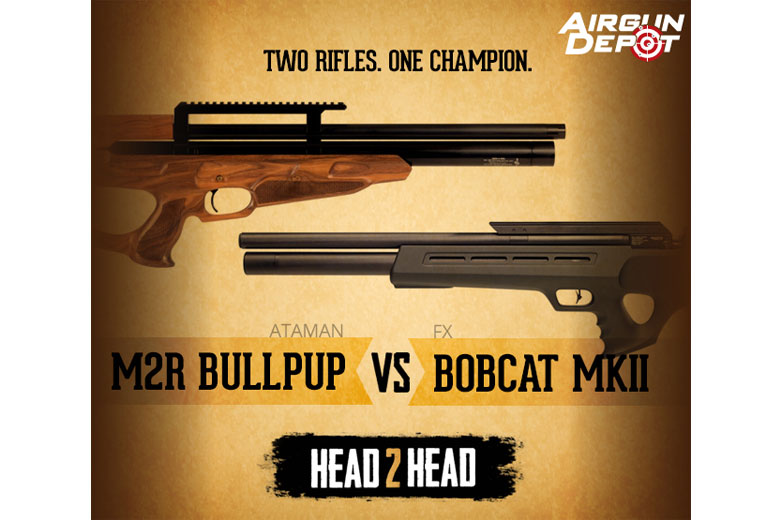 Our friends at Airgun Depot run a very interesting series of airgun comparison reviews. They’re called “Head to Head” reviews and we’d like to make sure that HAM readers know about them.

Airgun Depot’s approach is to carry a healthy attitude towards airguns, knowing that there is no one perfect airgun for all shooters. Each gun has its pros and cons and it really comes down to the shooter preference and what he or she is looking for, they say. And HAM agrees!

The Head to Head articles provide an excellent forum to compare rifles out of the box to each other and see how they stack up. Airgun Depot follows a boxing format and use many metaphors and terminology from this well known format (at least for those over 40!).

They always try to pit guns against each other that are in the same segment as well as a similar price range. (It wouldn’t be fair to compare a $2,000 high end PCP to a $300 entry level PCP). And they always highlight what they like about a particular gun, and what may have fallen short or at least items that might be important for a shooter to know.

Just like Hard Air Magazine’s HAM reviews, Airgun Depot’s Head to Head comparisons proclaim winners, but with the thought in mind that some shooters may prefer the gun that came up short.

The latest Airgun Depot Head to Head review compares two fine bullpup air rifles. Both are from European manufacturers. The
FX Bobcat Mk II originates in Sweden, while the Ataman M2R Bullpup, Type 2 Walnut is designed and manufactured in Russia. And both brands are new to Airgun Depot.

This head to head comparison review is based on .25 caliber models. So these are both very capable hunting rifles. And the bullpup configuration makes them easy to manage in hunting scenarios.

The HAM team generally find that bullpup air rifles are better adapted to offhand shooting than they are to target shooting from a rest. They are also easy to maneuver in tight spaces and convenient to carry in the field.

Airgun Depot’s Head to Head comparison focuses on a range of important features and compares the two guns on that basis.

This hunter bullpup comparison starts out by comparing the build quality of the two contenders. Next up is a review of the competing triggers, followed-up by a review of accuracy.

In both cases, the guns are fitted with Hawke scopes and JSB Diabolo Exact King 25.39 Grain pellets were used for accuracy testing. Both guns in this Head to Head competition were shot in Airgun Depot’s indoor 50-yard range. (Hey, HAM could really use a range like that, too!).

Here’s how Round Three – accuracy – panned out. Those are 12-shot groups. As you can see, the Bobcat’s smooth twist barrel really delivered the goods… 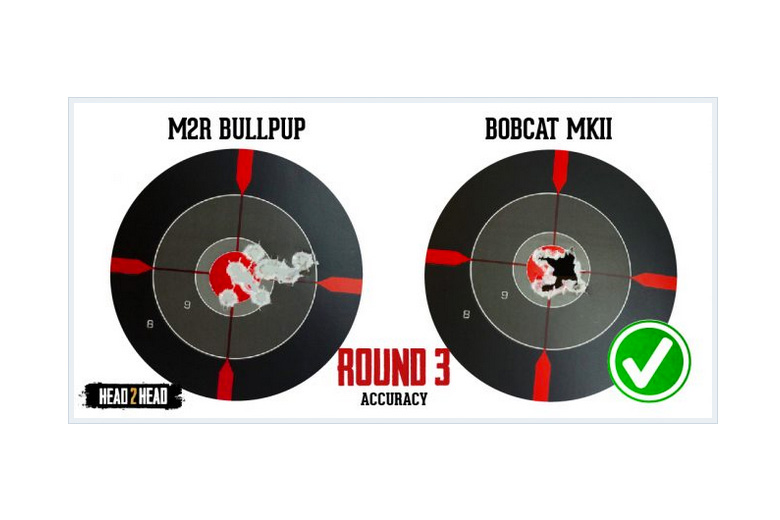 Round Four compares the knock-down power of the two models. The Airgun Depot team shot both guns for 15-shot strings over a chronograph – again using the same JSB pellets. Both gave strong muzzle energies in the 45 – 50 Ft/Lb range.

Finally, the Bobcat and Ataman were compared for loudness.

So which of these two interesting air rifles won Airgun Depot’s Head to Head competition? It’s easy to find out. Just check out the link here and read the complete story for yourself!