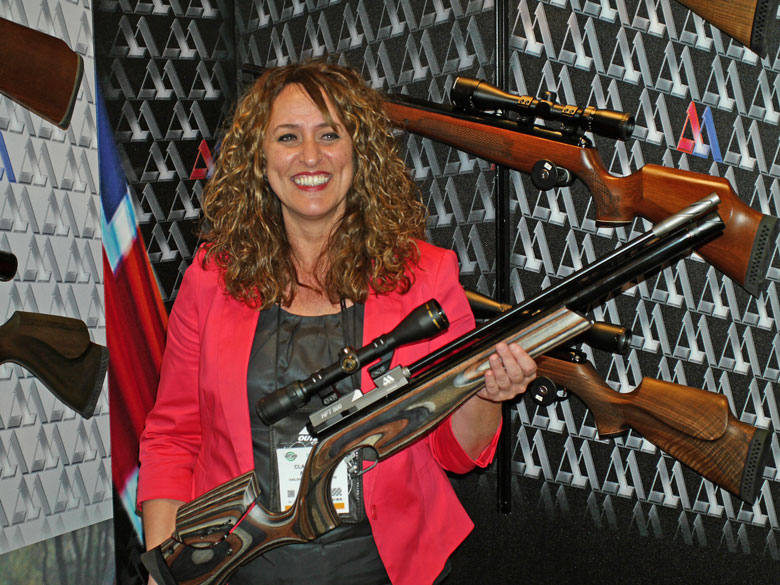 Above. Claire West of Air Arms holds the new Air Arms HFT500 which received its US market launch at the SHOT Show. The HFT500 is specially designed for Hunter Field Target competition and features a single shot side lever action and multi adjustable match trigger. The HFT500 is distributed in the USA by Air Venturi and is sold by PyramydAir.

Below, Shanghai Airguns showed a prototype big bore air rifle, based on the QB78 design. This .40 cal PCP air rifle has no name yet but has a 4,000PSI working pressure giving a claimed 10 good shots at 880 fps with 165 Grain pellets.

Expect this to be branded as a Beeman air rifle. Holding the gun is Jerry Ream of Beeman. 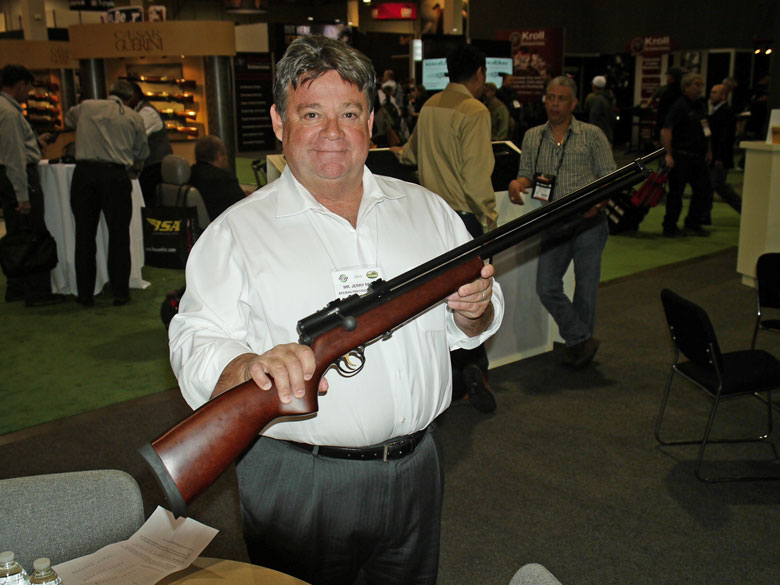 Still on the big bore theme, new airguns at SHOT Show 2015 included the Hatsan Carnivore PCP air rifle in both .30 and .35 caliber. Daniel Settle of Hatsan USA is obviously proud of his company’s new introduction! (Note that the scope and bipod are accessory items and not included with the basic gun. 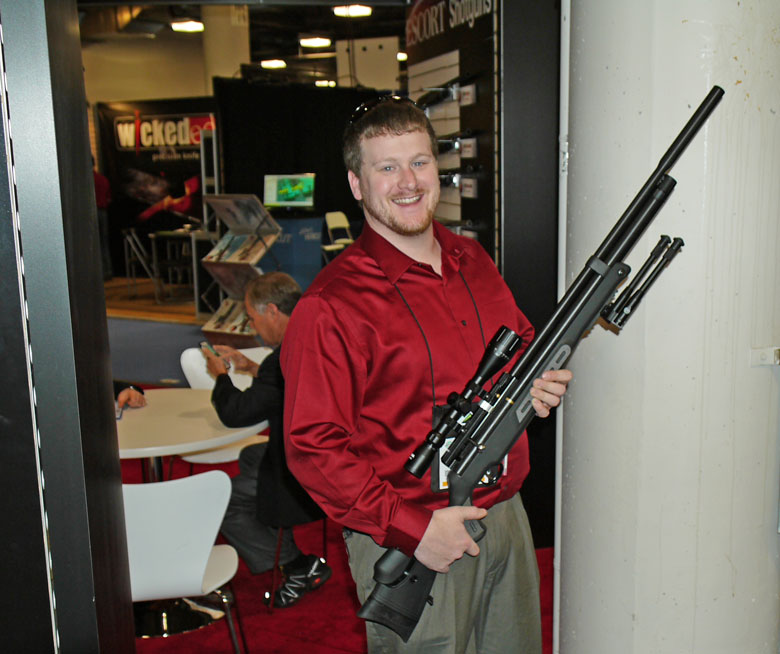 Norica is a Spanish manufacturer that sells a range of popular air rifles in Europe. Although not yet represented in the US market, they may be soon…

Here Josu Hernaltes of Norica shows his company’s latest introduction, the Norica Dragon Evolution Max. This air rifle has a bull barrel with sound suppressor and gas ram power plant. It is shown with a newly-developed Norica scope that’s claimed to eliminate the problems of scope breakage from the harsh recoil of powerful break barrel air rifles. 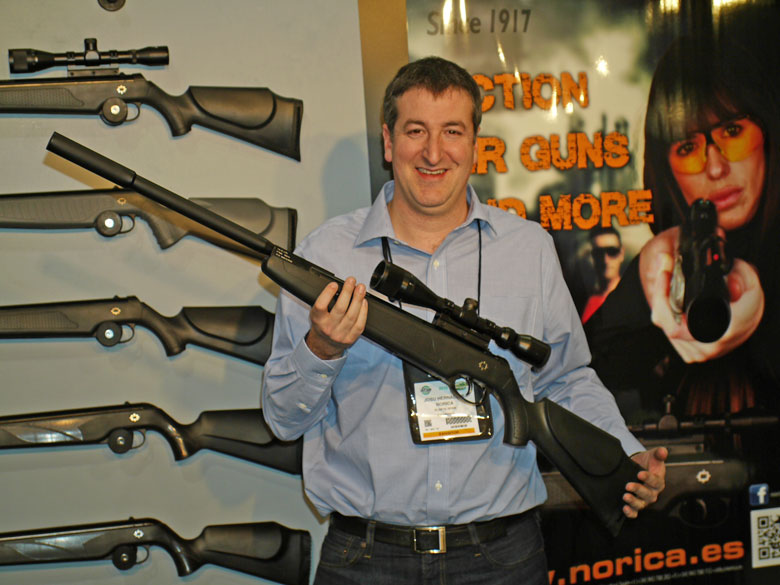 Action Sports Games (ASG) markets a wide range of officially-licensed BB and pellet-firing pistol replicas. These include the new TAC 4.5 air rifle, a prototype of which is shown below by ASG’s Bob Li.

ASG also showed a prototype Dan Wesson 715 pellet-firing revolver at the show. ASG worked so closely with Dan Wesson that the model 715 replicas were launched at the SHOT Show at exactly the same time as the firearm original. That’s teamwork! 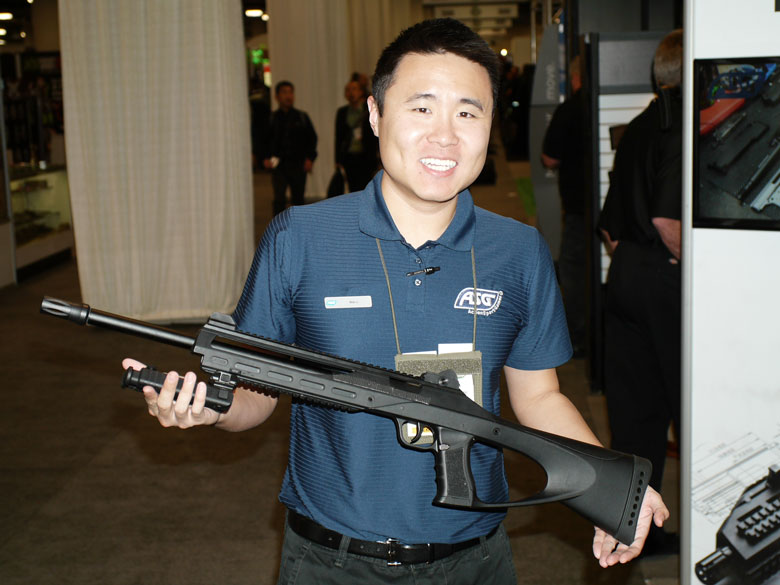 Tomorrow – Friday – is the last day of the 2015 SHOT Show. There’s more photographs to come in the Day 4 report from Hard Air Magazine! 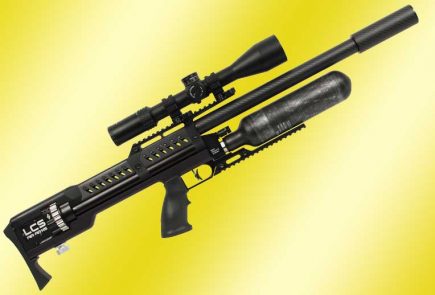