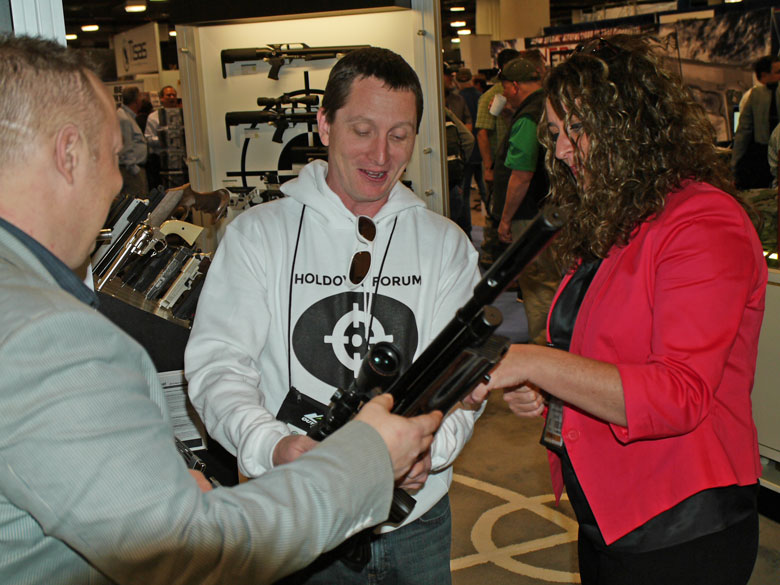 But wait there’s more! The SHOT Show may be over, but HAM is still bringing you more new airguns at SHOT Show 2015, together with more detail that we didn’t have space for in previous reports.

The gun shown at the top of this photograph is a new platform prototype that is not based on existing models (except for the trigger). It was said also to be capable of development as a big bore air rifle. The air pressure is 3,000 psi with a muzzle velocity of around 1,000 fps in .177 caliber. 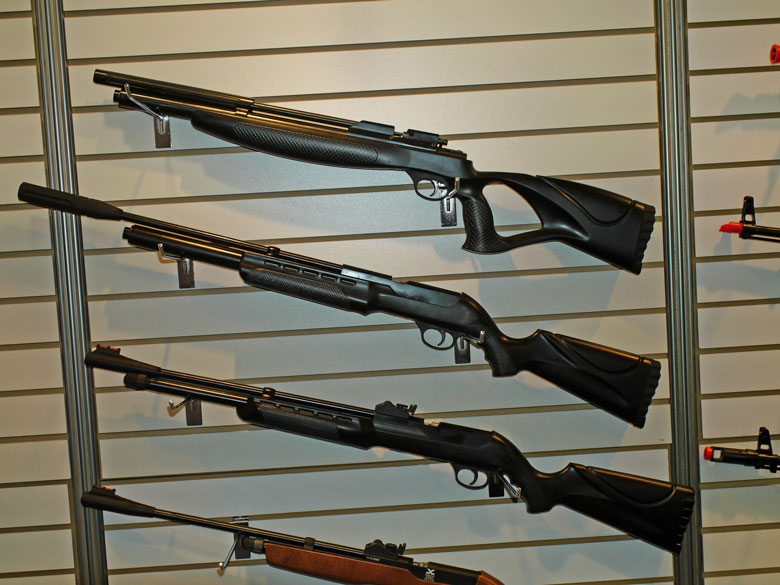 The lower two models in the above photograph are versions of the current XS60 CO2-powered air rifle (the wood stock gun cut off at the bottom of the photograph). They both are designed to work at the low pressure – for PCP airguns – of 1,500 psi, which would certainly make for easy charging by hand pump. Muzzle velocity is claimed to be 800 fps in .177 caliber.

One version has a conventional single HPA tank, the other has dual smaller tubes that could be used with HPA or with no less than 4 12 Gram CO2 “Powerless”. The closeup below shows the unique configuration of the dual tube model. 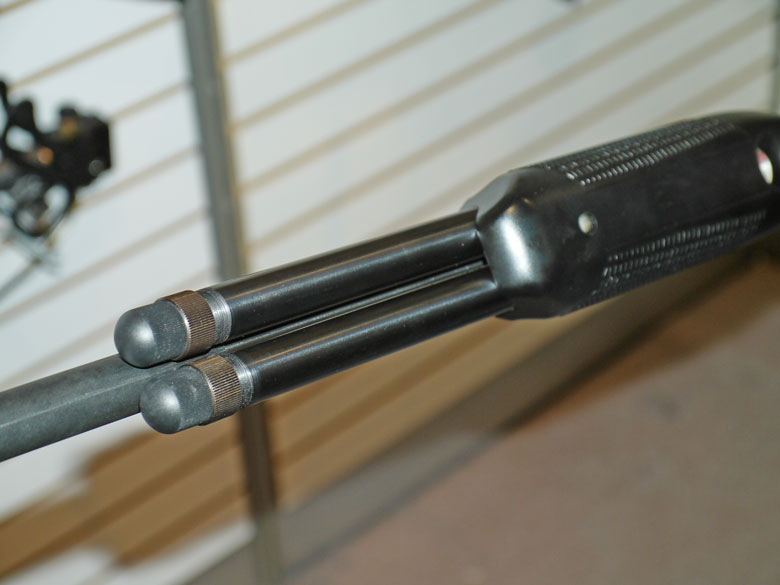 The photograph below shows a closeup of the side lever cocking action of the AirForce Texan big bore air rifle. This design departure for AirForce was chosen for easy cocking and it certainly seems to succeed at that. The yellow arrow shows how the cocking lever is pushed forward to open the breech. A pellet is placed in the loading tray at the rear of the barrel and the cocking lever pulled back to load. 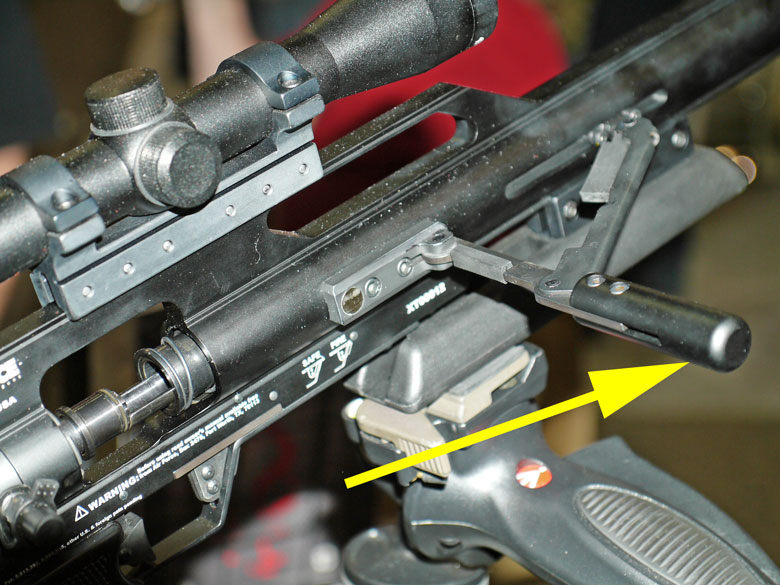 Below, Bob Li of ASG shows a prototype replica Dan Wesson 715 pistol – this is the airsoft version, there’s also a pellet firing model. ASG worked so closely with Dan Wesson to create this that the prototype air pistol was shown at the same time as the firearm was launched at the SHOT Show. 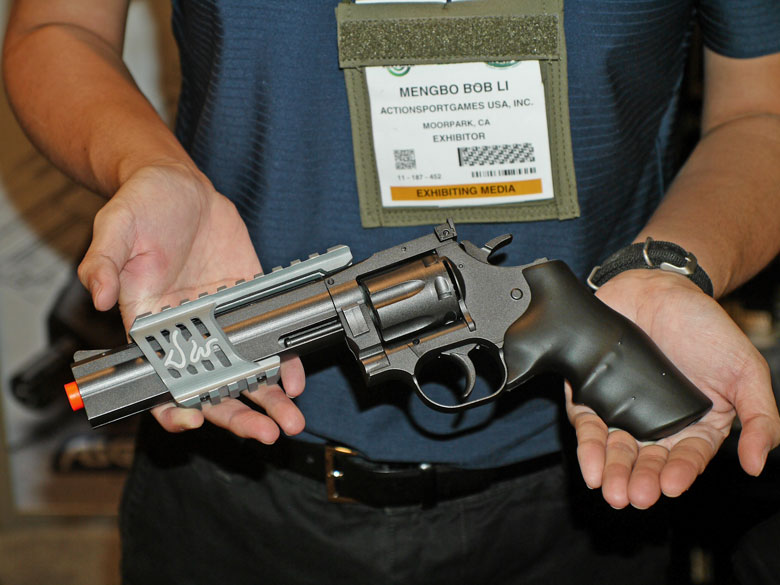 This pistol uses an innovative way of loading the 12 Gram CO2 Powerlet. When the grip side cover is removed, there’s a fold out hex wrench included that is used to tighten the Powerless into place, without requiring a separate tool. This can be sen in the lower right of the side cover. 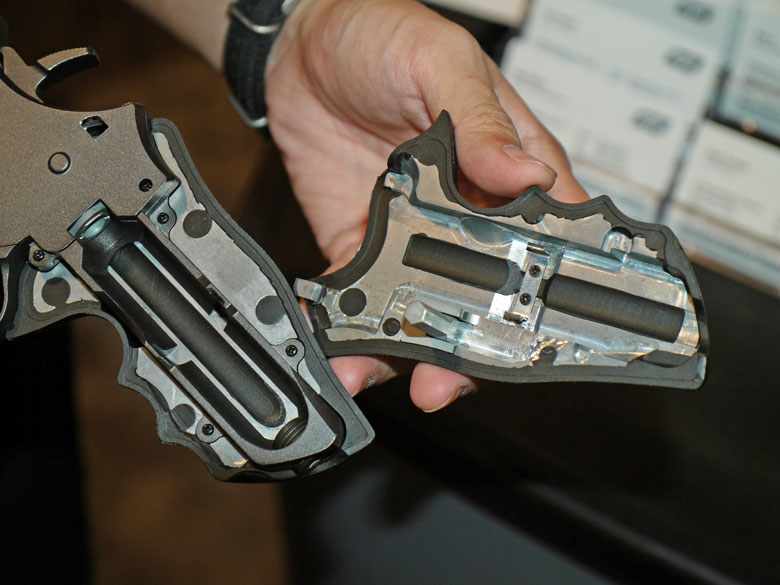 Below, here’s a close up of the breech of the prototype Shanghai Airguns .40 caliber big bore air rifle. 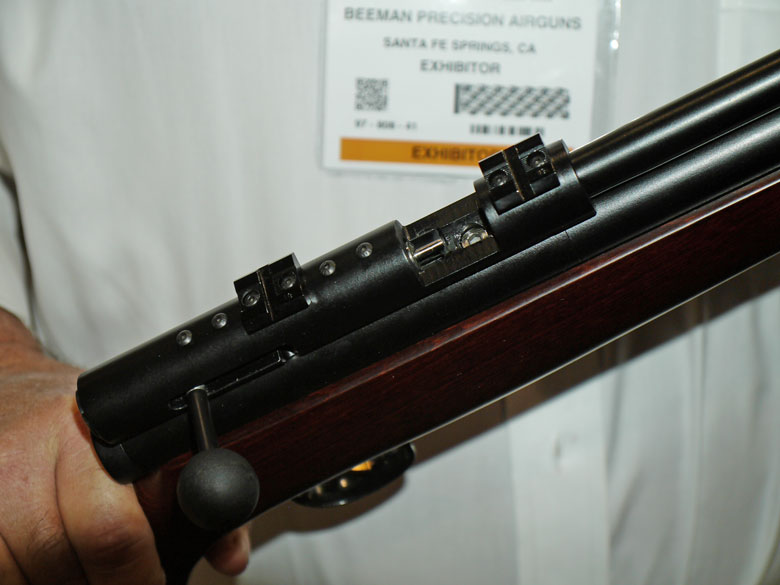 Still to come is more information about the new prototypes shown by L&O Group, the owners of SIG SAUER, Mauser and Diana Werke. 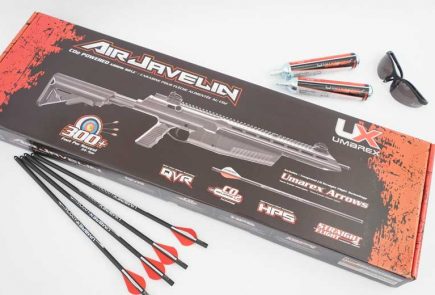 The Most Powerful CO2 Airgun – The Umarex AirJavelin
Read More 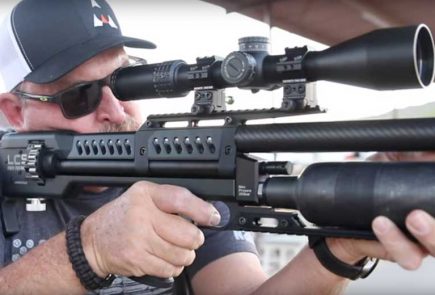