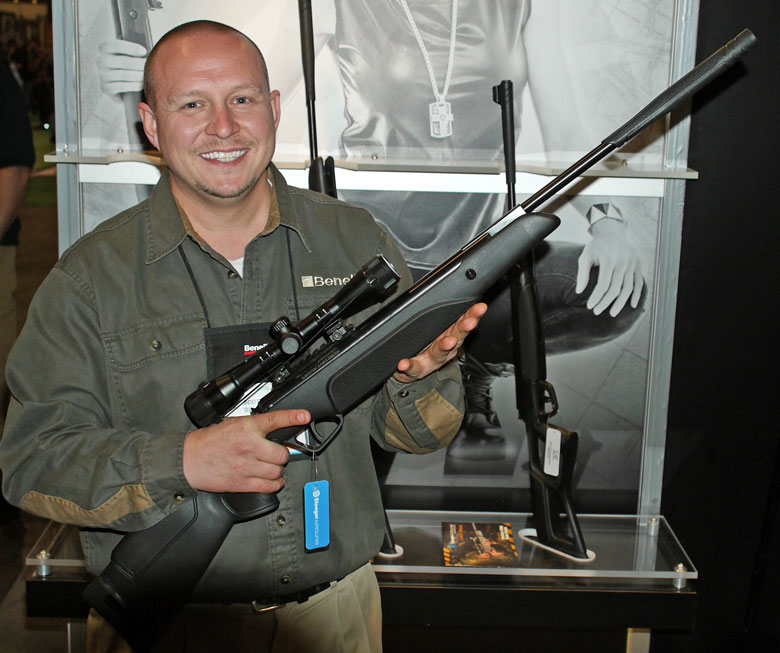 The SHOT Show always has so much to see, with so little time to find all the new products!

Here’s some highlights of the new airguns at SHOT Show 2015 – day one.

Above, Scott Smith of Benelli USA holds the new Stoeger Airguns A-30 model. This is a break barrel gas ram air rifle that will be available in .177 and .22 calibers.

At Crosman, there were several Benjamin Bulldog big bore PCP air rifles, including these two, one in a camp-dipped finish that looked very good. 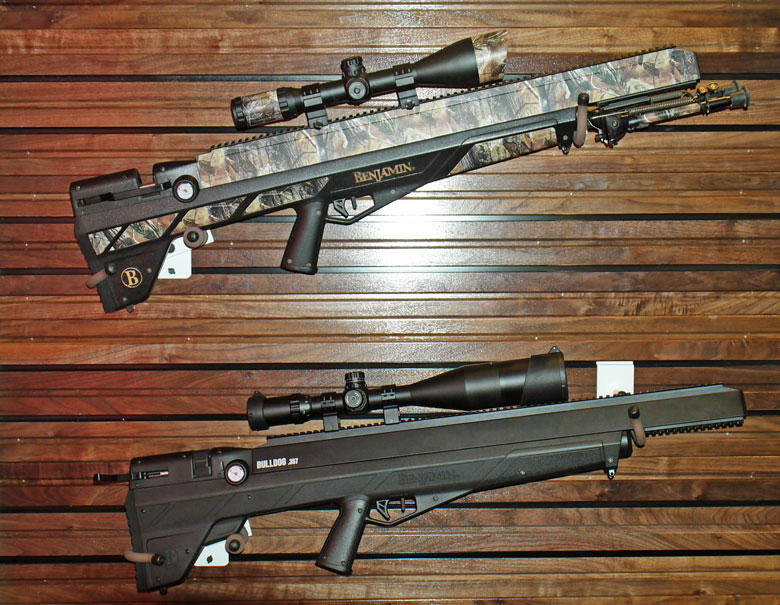 Also on view was the new Benjamin Armada PCP, here being shown by Jesse Carter of Crosman. 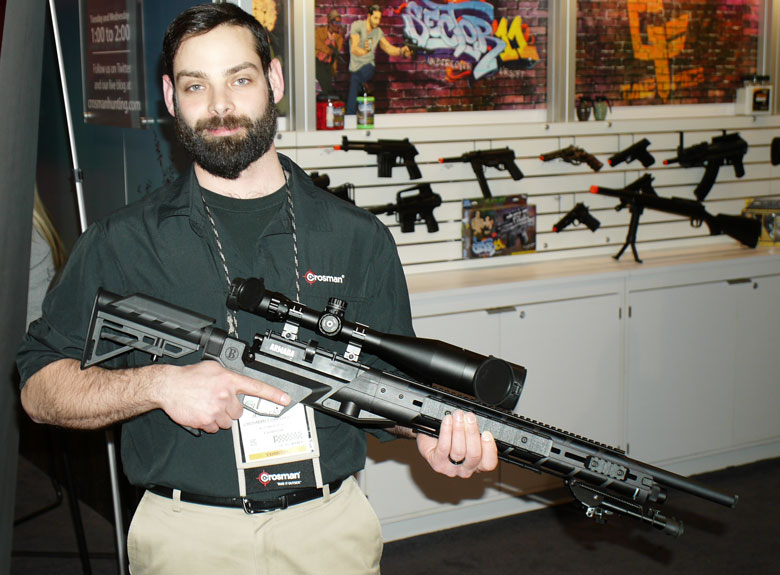 Gletcher is a new name in the US airgun market. They specialize in incredibly accurate replicas of historic pistols, mainly BB-firing, although some fire pellets.  Here Boris Shekhman of Sport Manufacturing Group, the US importers, holds a replica Russian Civil War cut down M1891 Mosin Nagant rifle. It’s CO2-powered and shoots BBs. As a former owner of a (full length) Mosin Nagant 1891/30 sniper rifle, I can confirm that the action, weight and feel was outstanding! 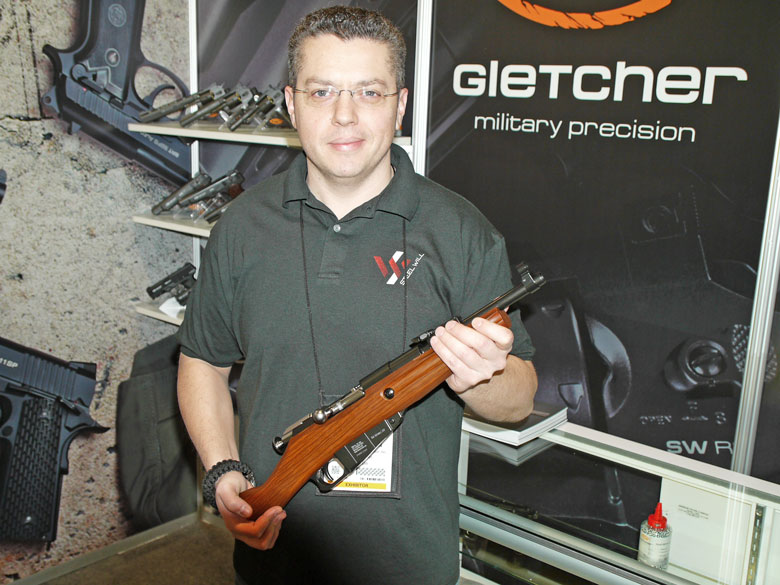 Below, Joe McCoy from Umarex USA holds the new Walther Rotek air rifle. The Rotek is a new 8-shot PCP model with wood stock and Lothar Walther barrel. The German-manufactured Rotek will be available in .177 and .22 calibers, with a muzzle velocity spec of 1,000 FPS in .177 cal. 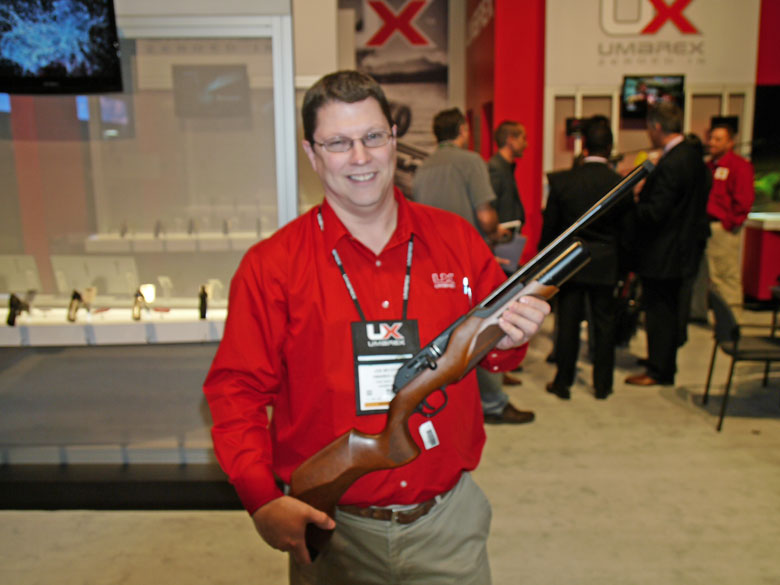 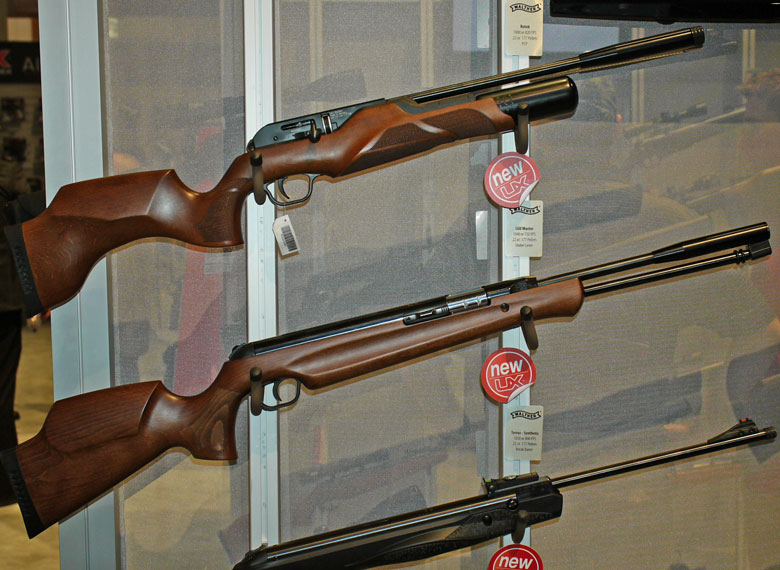 Finally, for New Airguns at SHOT Show 2015 – Day 1, we see the new big bore Air-Ordnance Modoc rolling block-action air rifle. This is a PCP that’s powered by individual cartridges of high pressure air at up to 4,500 PSI, firing 9mm caliber pellet at up to a claimed 1,000 FPS. Holding the Modoc is Matt Steigmeyer of Air Ordnance/Tippman Armory. 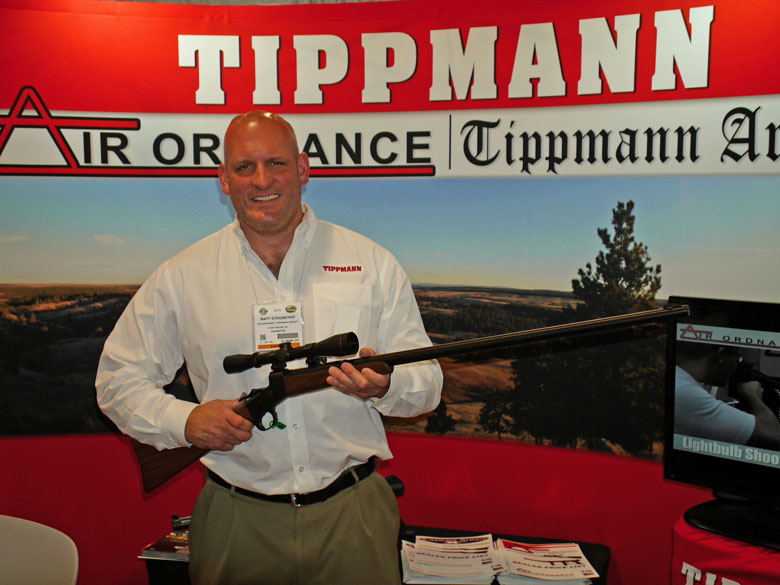 Phew, that’s it for today. Look for more exciting photos and information on airguns at the SHOT Show 2015 in Hard Air Magazine tomorrow. 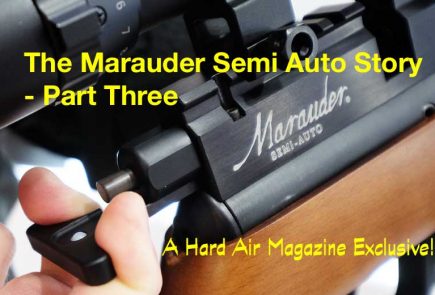 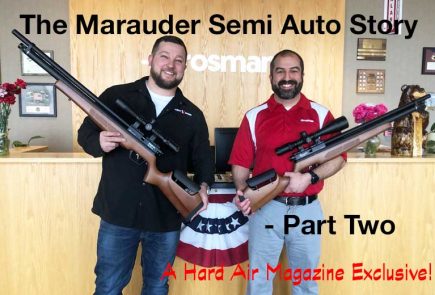 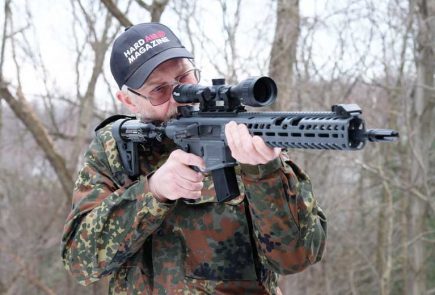