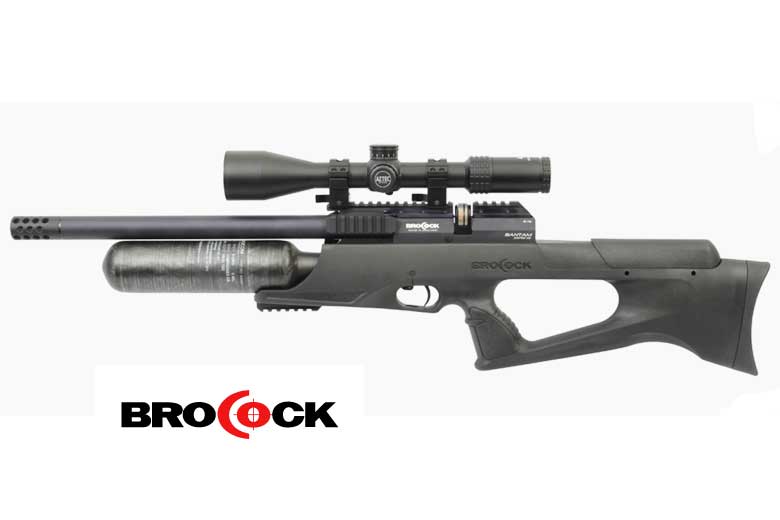 The new Brocock Bantam Sniper Mini has just been announced by the British airgun manufacturer.

It shares the same firing action, stock and performance as the regular Bantam Sniper – says Brocock – with a few performance enhancing additions. This means that it has the company’s semi-bullpup design with large carbon fiber HPA tank, Huma regulator and 10-shot rotary magazine.

Brocock says that the Bantam Sniper Mini gives away nothing to its bigger brother in terms of performance and accuracy. This makes it a strong contender as a small, compact, less-is-more sporting air rifle.

The Sniper Mini is fitted with a shroud that’s 2.5 inches shorter than that of the regular Sniper. At its end, a compensator is included to reduce muzzle flip on firing.

This Mini is factory-equipped with a large tactical bolt handle. HAM testers find that this feature provides more surface for grip and reduces the felt cocking effort in operation. It also happens to look good, we think! 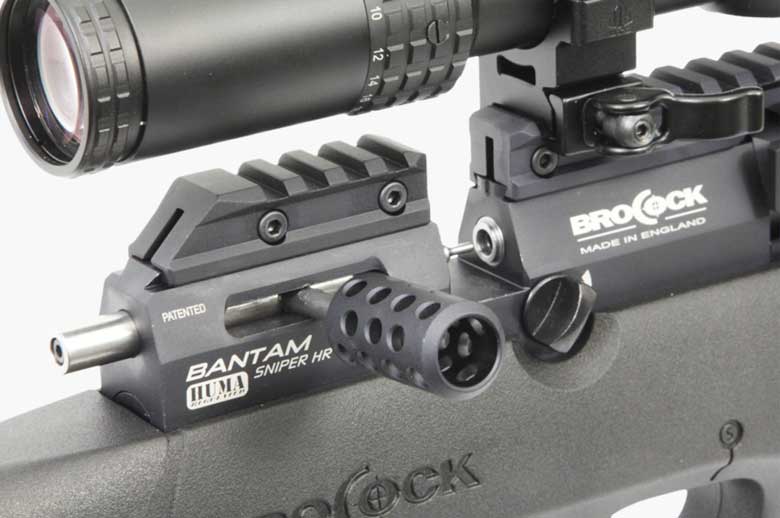 For customizable performance, the Huma regulator is an adjustable tuning capability. The regulator can have its set pressure adjusted without removal of the stock or any disassembly of the rifle from a port behind the fill nipple. The two pressure gauge show the state of charge from the carbon fiber bottle and the regulator pressure.

In addition, there’s a six-position power adjuster with a large control knob. This provides the flexibility to adjust the power quickly and easily. A controlled low power capability is useful for many shooters in the North East – like the HAM Team – who retreat to their basements to shoot during the Winter.