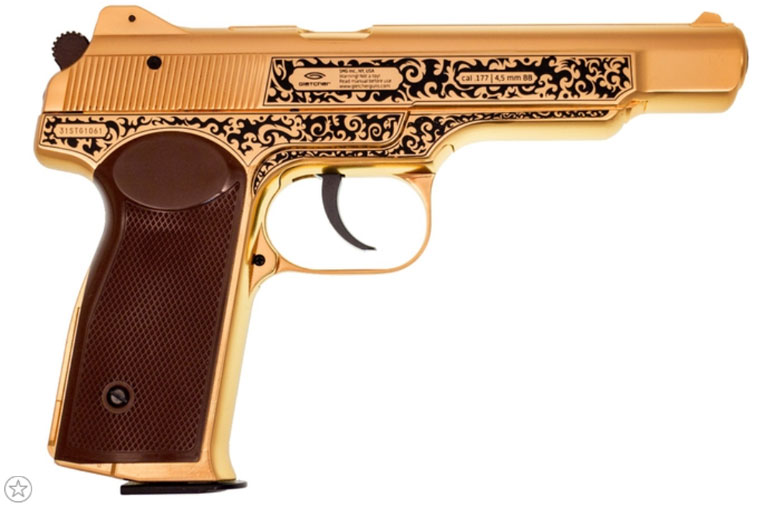 There’s some unusual new Gletcher airguns being launched at the SHOT Show 2016.

Whether the buyer is a collector, plinker, or battle reenactor, Gletcher says their air guns will allow them to capture the spirit of shooting with legendary firearms.

New for 2016, Gletcher will be showcasing the new M1944, a full-sized CO2-powered replica of the classic Russian Mosin-Nagant Carbine. This BB-firing long gun is a replica of the late World War Two Soviet infantry firearm, including folding bayonet. (Is this a first on a BB gun?).

Here’s a closeup of the folding bayonet. Looks very similar to the real thing… 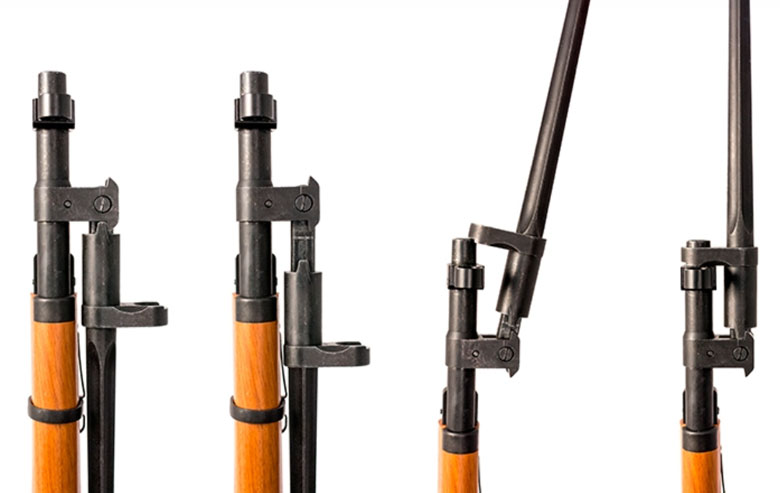 Among other new Gletcher airguns, will be a unique version of the legendary Stechkin pistol. This CO2-powered air gun shoots BBs and features an unique gold finish with a black decorative pattern. It’s sure to be a conversation piece. See the heading photograph to this story, above.