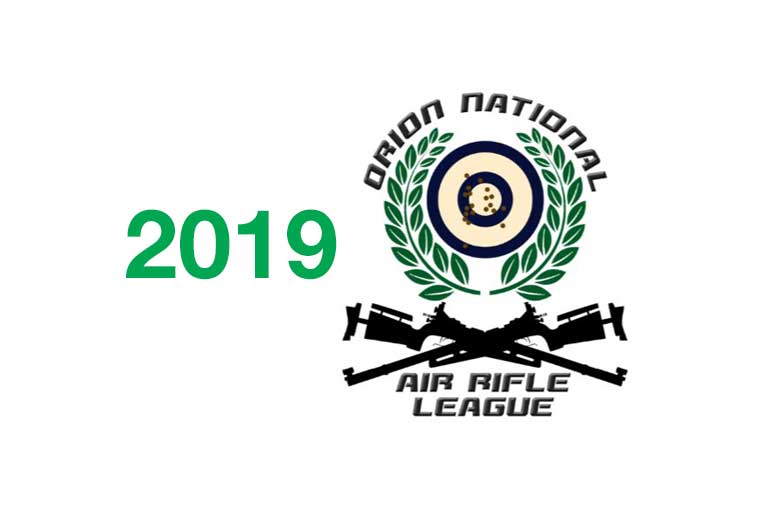 The 2019 Orion National Air Rifle League returns! This will be the fifth season of the league for 10 Meter, three-position air rifle shooting. The registration deadline for this year is 20 September.

The Orion National Air Rifle League allows both elite and developing teams to compete virtually in a low-cost, yet meaningful national competition. Teams compete against teams of their own relative skill level in a dynamic scheduling format during the 8 week regular season, beginning on 30 September.

The league culminates in a single-elimination post-season tournament for the top teams from 2 December to 22 December.

For the 2019 season, Orion has made a number of innovations. These include a new website and a mobile app.

Also, Precision Air Rifle will be scored in decimal in the 2019 Orion National Air Rifle League. This is consistent with the updated National Three-Position Air Rifle Rules (5.3.1 g).

In addition, qualifying scores for the Champions Division have been raised to 1010 for Sporter teams and 1470.0 for Precision teams (1400 integer score).

To help encourage the development of young athletes and recognize top performers, the league seeks to provide as many awards as possible to deserving teams and their team members.

In the Sporter and Precision Champions Divisions, for the regular season, the top three teams from each conference will receive engraved medals for each athletes on their team, plus a league banner for the team.

In the Sporter and Precision Distinguished Division, for regular season plus conference title game, the top 1/3rd of teams, from each division will receive engraved medals for each athlete on their team and a league banner for the team.

In addition, there is a plaque for the Most Valuable Player (MVP) in each of the Precision and Sporter disciplines. The MVP is defined as the athlete from the team that wins the championship tournament who has the highest average score throughout the tournament, and who participated in all three tournament games.