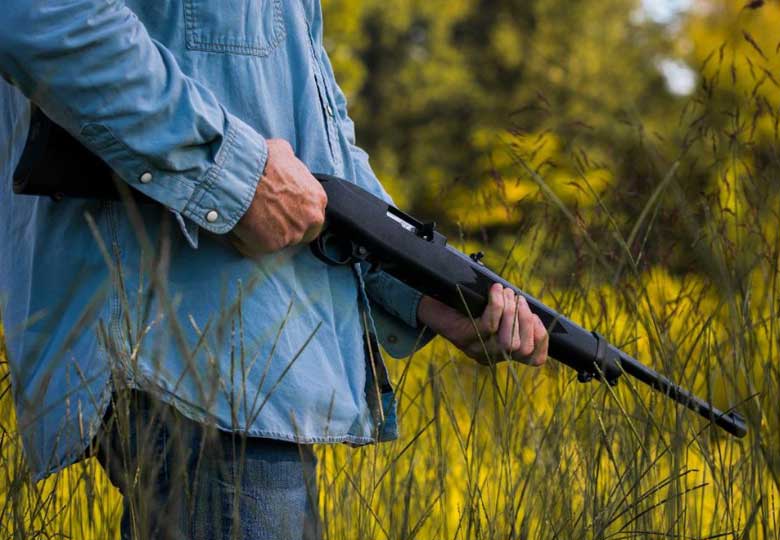 Umarex USA has announced that its Ruger 10/22 Air Rifle is now shipping. It’s available for purchase through select retailers.

HAM first brought you details of this officially licensed air rifle at the 2019 SHOT Show. The Ruger 10/22 Air Rifle is now shipping, making it the latest addition to the company’s ever-growing line of pellet rifles.

The Ruger 10/22 firearm has been around for over five decades. This new air rifle version is true to form except that it is powered by two 12-gram CO2 cartridges.

Umarex says that the replica Ruger 10/22 air rifle has an authentically-shaped magazine. In addition, magazine release pushes forward in authentic fashion giving you the ability to pull the magazine from the receiver.

Internally, the magazine holds a red, removable rotary clip that accepts 10 pellets and is held in the magazine by a sliding lever. This allows for the easy exchange of a pre-loaded clips available which will be available as an accessory item.

Umarex USA tells us that he bolt of the replica Ruger 10/22 air rifle does not load a pellet into the chamber. However, it serves to cock the rifle when actuated, giving the 10/22 Air Rifle a three-pound trigger pull.

Beyond its function, the 10/22 Air Rifle is slightly lighter than the firearm, but looks the part. The sights are authentic, including the folding rear sight. In addition, the rifle has authentic-looking sling attachments.

Muzzle Velocity specifications are for a maximum of 700 FPS with alloy pellets and 650 FPS with lead. Of course, this will very with temperature and rate of fire, as all CO2-powered airguns.

The receiver is ready to accept after-market rails that fit the Ruger 10/22 so that you can fit a scope or other optic to your Ruger 10/22 Air Rifle.

HAM plans to test an example of this interesting new introduction in the near future.