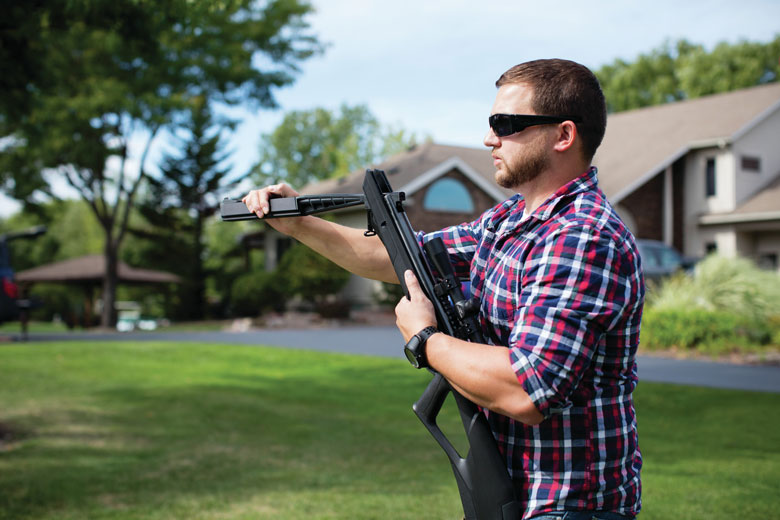 “Our new SBD-equipped break barrel rifles are the quietest in their class of full powered air rifles,” says Senior Air Gun Product Manager, Jesse Caster.  “When you don’t want to disturb the neighbors while shooting targets or taking care of pests, air guns with SBD technology keeps noise down along with helping give you a clear sight picture.”

The SBD Technology creates a system to contain the expansion of the gases that are created from shooting break barrel air guns.  Crosman says that the SBD system allows for a far more efficient dissipation of energy. This is because it allows the gases more room to expand inside the baffle and shrouded barrel. Crosman claims SBD is 3X quieter than conventional standard spring piston break barrel air guns.

Crosman says that SBD also solves a problem most suppression products create: obstruction of view. Most suppression systems are cumbersome – they say – and force shooters to use higher set sights which can lead to poor shooting mechanics and inconsistency. The asymmetrical design of the Crosman SBD system keeps the oversized baffle and chamber below the aiming axis for a perfectly level field of aim.

The new Rogue Stealth, Mayhem Stealth and the Trail Stealth models are NP2 powered break barrel air rifles which feature the SBD technology. Crosman tells us they are perfect for target shooting and pest control as they are available in both .117 and .22 calibers.  The Trail NP2 Stealth is also available in Realtree Xtra.

All of the SBD models are proudly assembled in the Crosman factory in Bloomfield, NY. 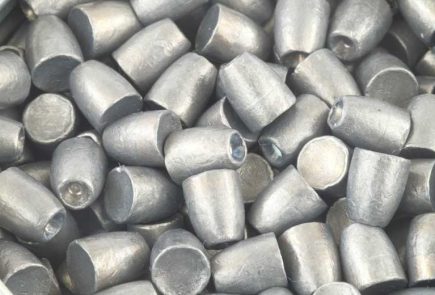 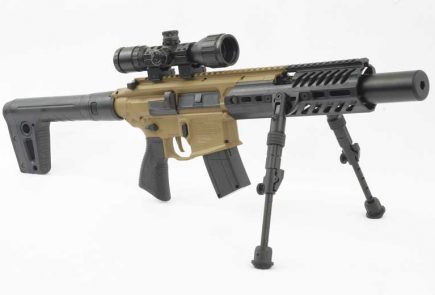 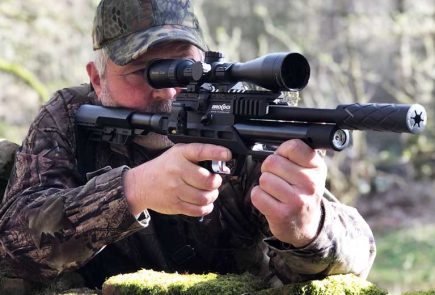