Seen At The CAAFTC – A .30 Caliber Benjamin Marauder Conversion. 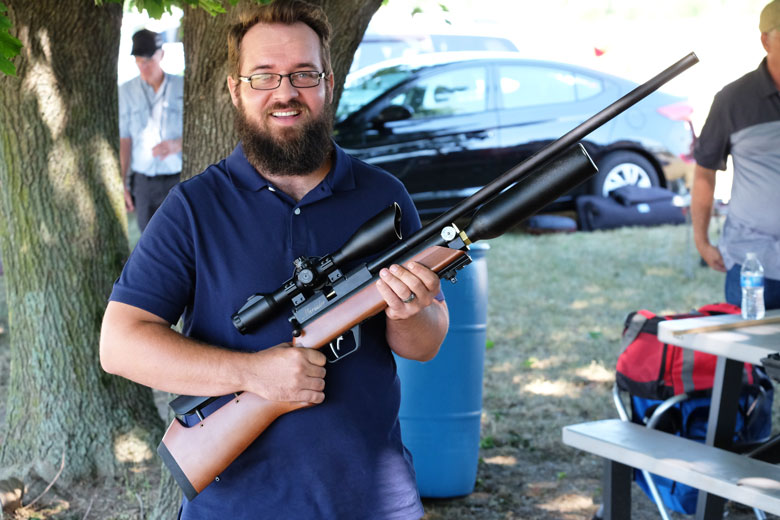 The CAAFTC is often the place to get the first glimpse of a new Crosman product or two. This year, there was no such unveiling. But airgunner Troy Hammer had brought a very interesting air rifle with him that he had developed himself. It was a .30 caliber Benjamin Marauder conversion…

Troy explained that his .30 caliber Marauder had been converted from a regular .25 ca. Benjamin Marauder. To obtain a larger air supply, he cut down the standard air tube. This allowed him to attach a 3,000 PSI HPA bottle at the front of the gun, attached using a dropdown.

There’s a 7-shot magazine that fits into the .25 caliber Marauder breech. 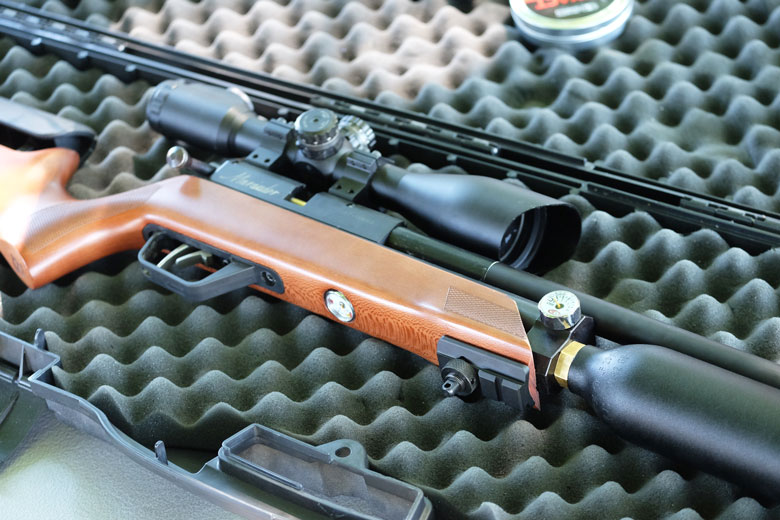 Troy had also modified and built-up the stock bolt into .30 caliber. The .30 caliber, hammer-forged TJ barrel was attached to the breech in the normal manner.

However, there was a surprise at the muzzle end of this .30 Caliber Benjamin Marauder conversion! The barrel itself was mounted in tension by tightening it against the screw cap of the shroud. Troy explained that this increased accuracy by reducing barrel harmonics when the gun is fired.

Inside, Troy had used a regular Marauder valve, although this was modified somewhat to increase airflow. He had also machined a new transfer port to allow for the required increased airflow to get behind the pellet.

Although this prototype was unregulated, Troy felt that it would be easy to incorporate a regulator into his .30 Caliber Benjamin Marauder conversion in future.

In order to make space for the bottle, the wood forend of the buttstock had simply been cut away. Simple but effective!

Below. Well-known trick shooter Rick Rehm was pretty impressed, too! 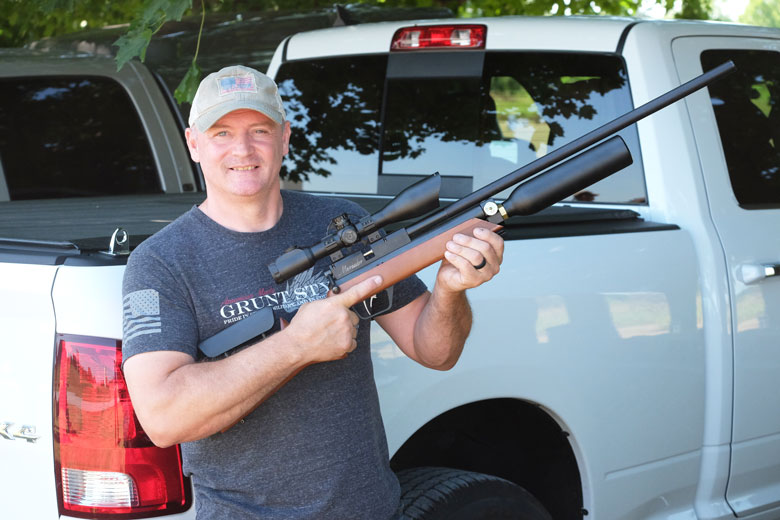 Will we ever see Troy’s .30 Caliber Benjamin Marauder as a regular production gun? I have no idea. But I can tell you that lots of Crosman people were looking at it with great interest…