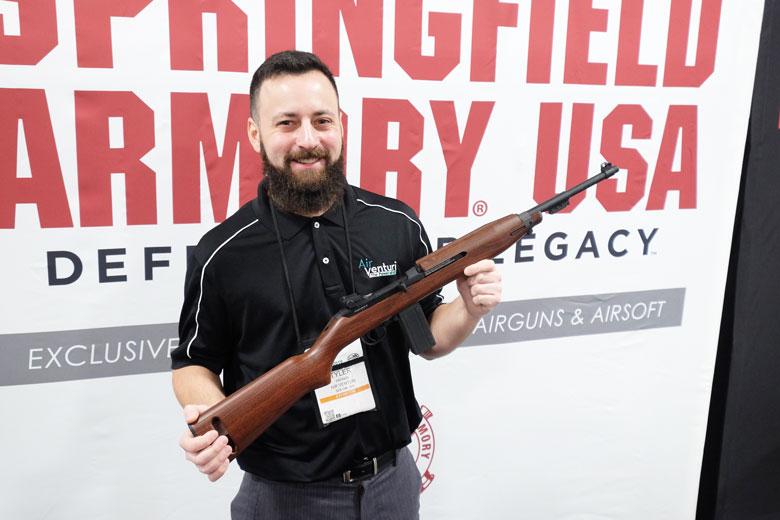 Pyramyd Air had a ton of great new stuff at their booth at the 2019 SHOT Show. One of the clear highlights was the Springfield Armory M1 carbine BB rifle, as Tyler Patner shows us above.

Pyramyd Air has an official licensing agreement to offer airgun versions of Springfield Armory firearms. The M1 carbine BB rifle is a product that will certainly create considerable interest among replica airgun shooters.

Tyler showed me this new airgun in considerable detail, as you can see from these photographs below. Overall, the M1 carbine BB rifle looks extremely realistic, with external controls functioning very much as the firearm original. 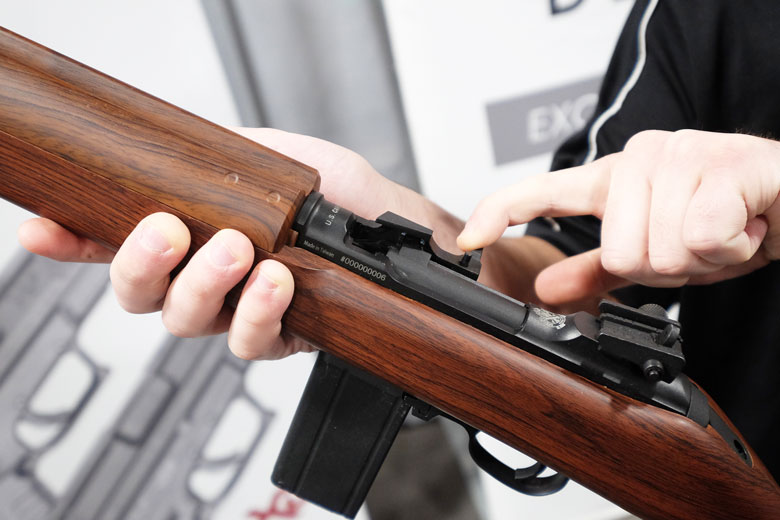 Although the stock of the M1 carbine BB rifle is synthetic, it actually looks very realistic. Tyler told me that a regular M1 wood stock will fit, however, and that Air Venturi may even sell wood stock kits for enthusiasts to make that upgrade.

There’s bound to be many questions about compatibility of the M1 carbine BB rifle with the firearm original. Will a bayonet fit, for example. Tyler said that they are looking into such questions, but – of course – there were so many accessories for the M1 carbine that this could be a lifetime project! 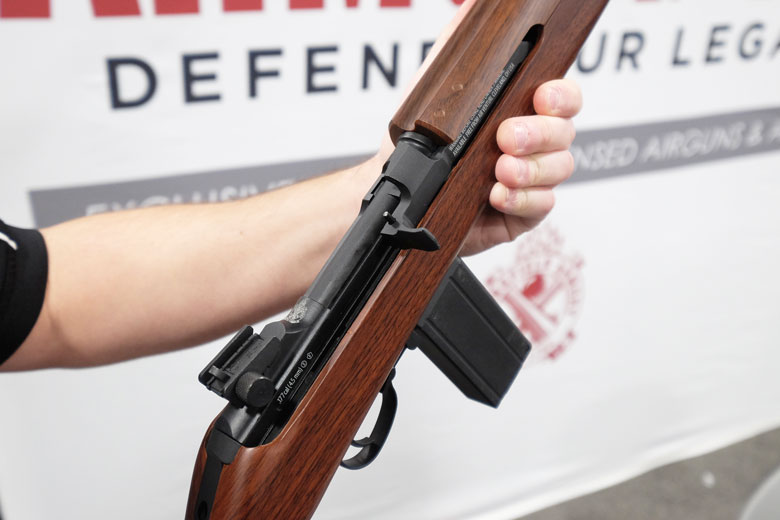 The magazine releases from the M1 carbine BB rifle in the expected manner. It contains a 12 Gram CO2 cartridge and up to 15 BBs. 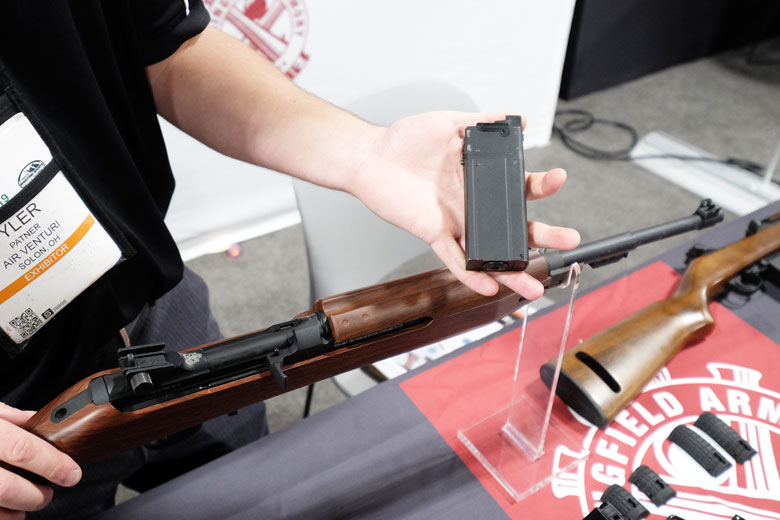 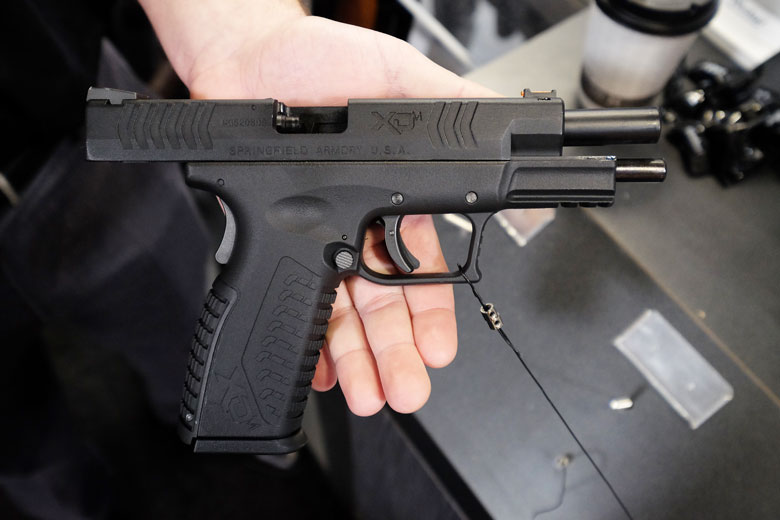 Moving on from the Springfield Armory airgun replicas, Tyler also showed me a variety of other new airguns that are becoming available in the next few months. These include the unique Ataman BP17 compact PCP air rifle that we first saw at the 2017 IWA Show. 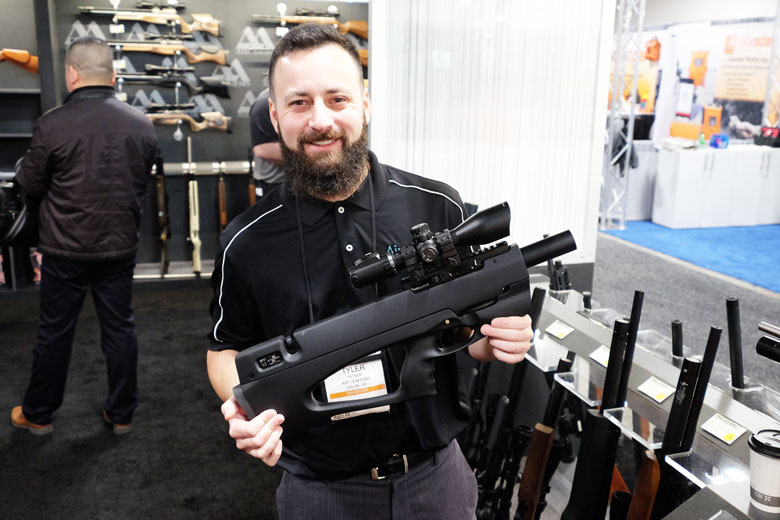 And then there Kral Puncher Ekinoks semi-automatic PCP air rifle. Again, we’ve seen this model at the 2018 IWA Show in Germany, but this is its first official appearance in the USA. 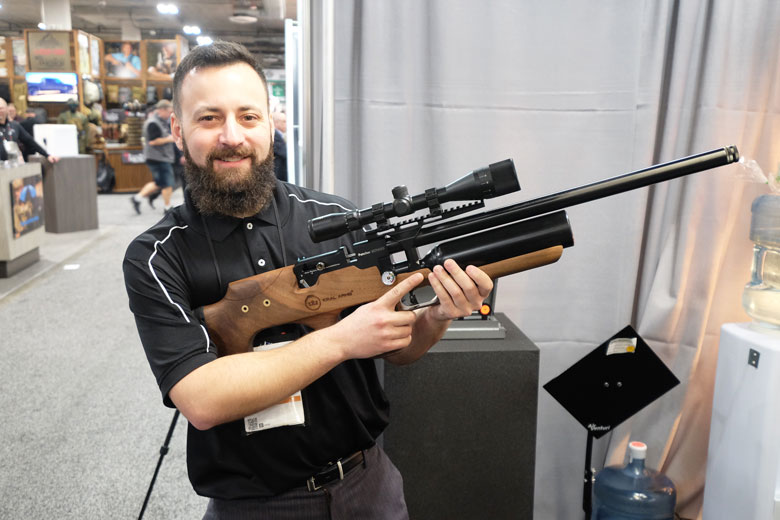 There’s been a gap in the youth target air rifle market since the IZH61 ceased to be available some years ago. However, this demand will be fulfilled in 2019 by the Air Venturi TR5 Youth Target air rifle.

The TR5 is to be available in black and lime yellow and looks a little chunkier than the “Izzie”. 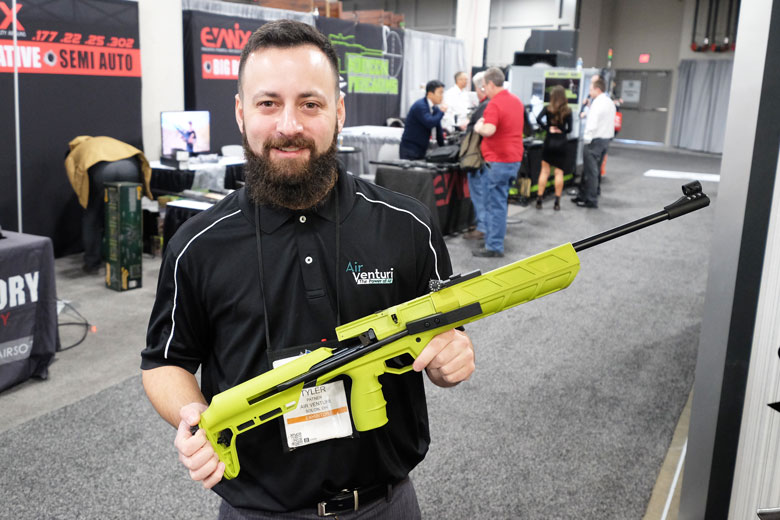 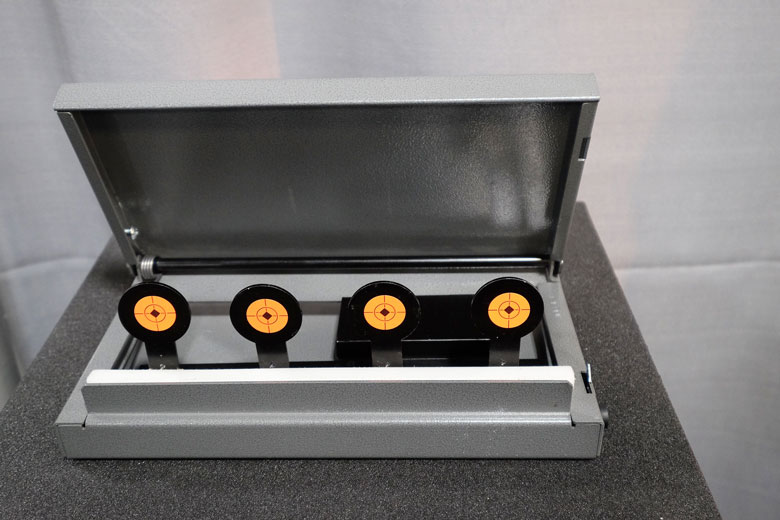 The Air Venturi BadaBang can function as a simple knockdown airgun target. But it actually includes an electronic box inside the trap/target. 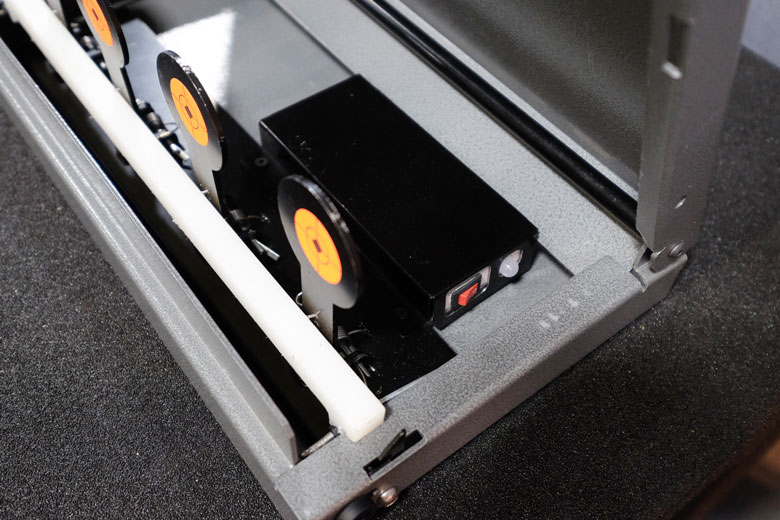 That enables the BadaBang target system to be linked to a smartphone – there will be apps for iOS and Android. Now we have a connected airgun target that could be used to track your scores. It could even be used to make possible simultaneous shooting competitions between people thousands of miles apart. Just think about that! 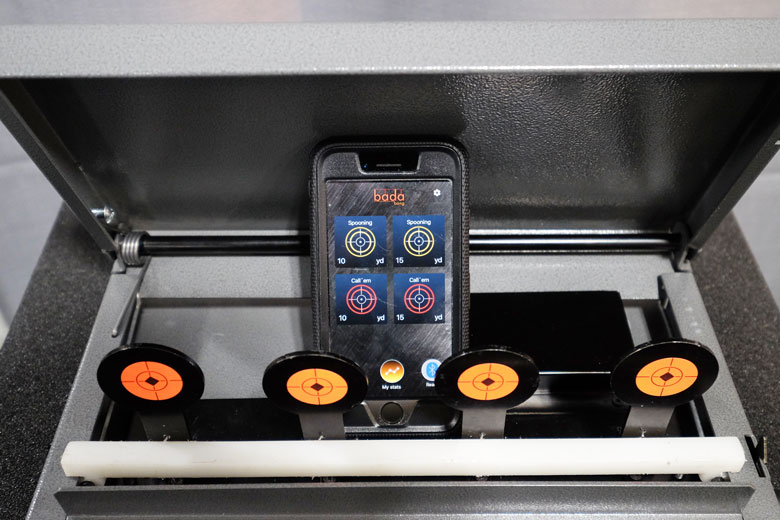 Here I should say that the cellphone is NOT intended to be put inside the BadaBang target system! We placed it there for the photograph because it was the most convenient way to show the complete system together.

Don’t try this at home, folks…

There’s much more news to come from the 2019 SHOT Show, so keep watching HAM for all the updates!