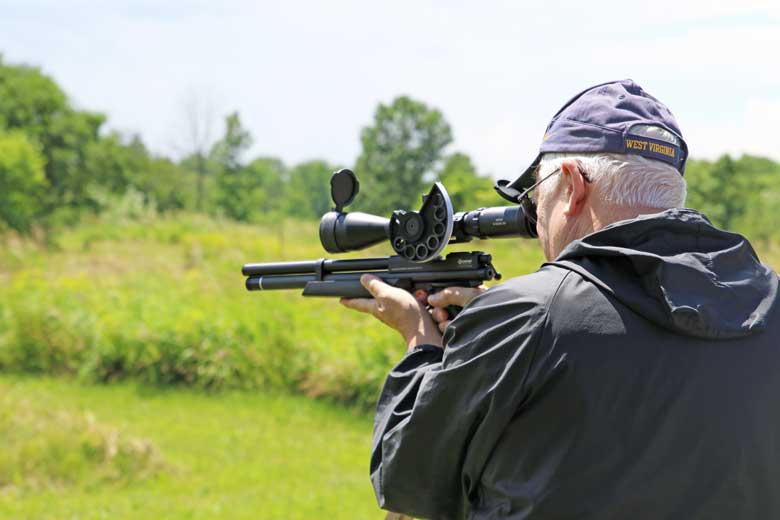 The 2019 CAAFTC – Crosman All-American Field Target Championship – opened as usual at the dedicated airgun ranges of the Rochester Brooks Trap and Skeet Club. The CAAFTC benefits from the beautiful scenery and – usually – wonderful weather in rural Up-State New York.

Over the years, the Crosman All American Field Target Competition has built up into one of the highlights of the competitive airgun shooting calendar. This year, the 2019 CAAFTC follows the successful pattern of previous events, with approaching 80 registered shooters enjoying the match.

Below. It’s great to have choices in life! 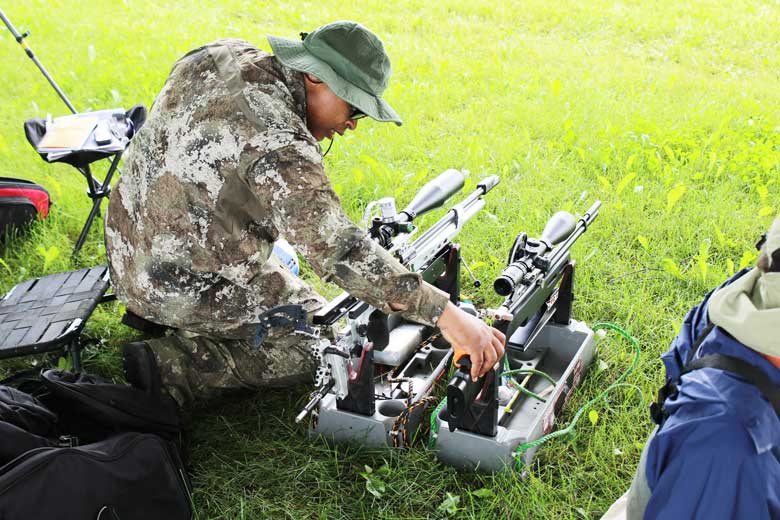 Today was Day One of the shoot. That includes the Quigley Bucket Challenge and the Pistol Field Target competition.

This first day of the 2019 CAAFTC started with shooters from all over the country meeting and greeting old friends. As any attendee at airgun shoots will confirm, this camaraderie is one of the great attractions of these events! There was also plenty of opportunity to sight-in on the target-rich sight-in range. 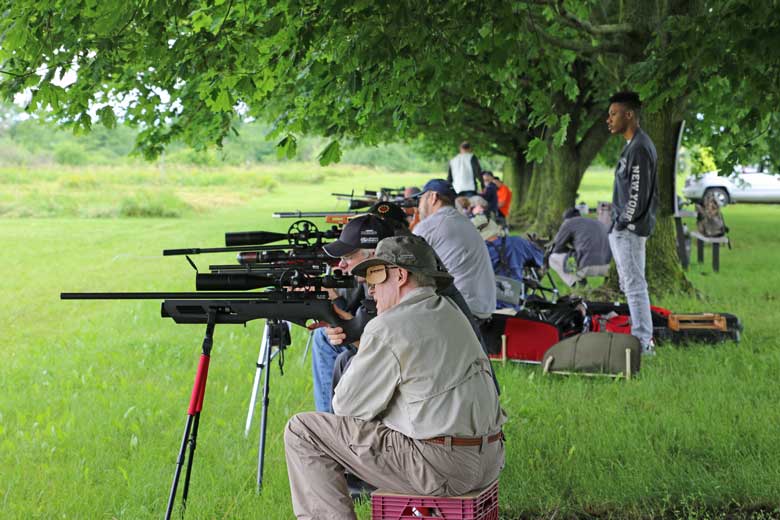 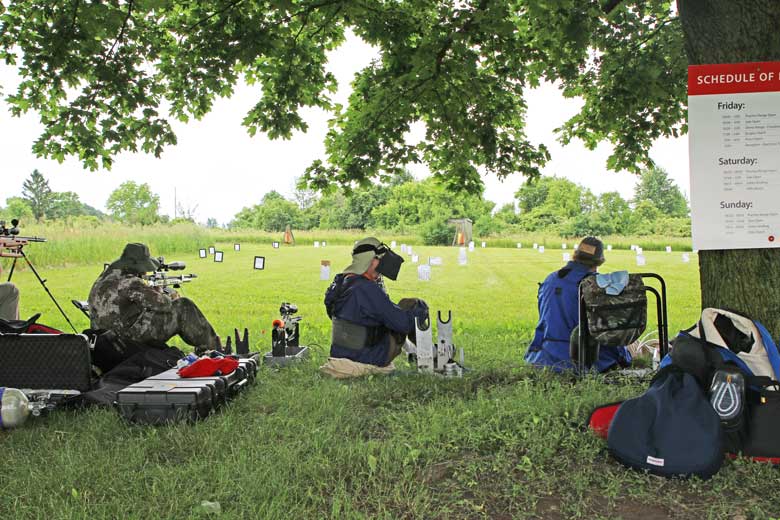 The 2018 CAAFTC really got under way with the Quigley Bucket Challenge.

“The Quigley” is an airgun version of the scene from the movie Quigley Down Under in which unforgettable, as Quigley (Tom Selleck), successfully shoots a 17-inch bucket at approximately 550 yards. Velocity Outdoors’ Randy Holmes set-up the gun and supervised this match. Randy is below… 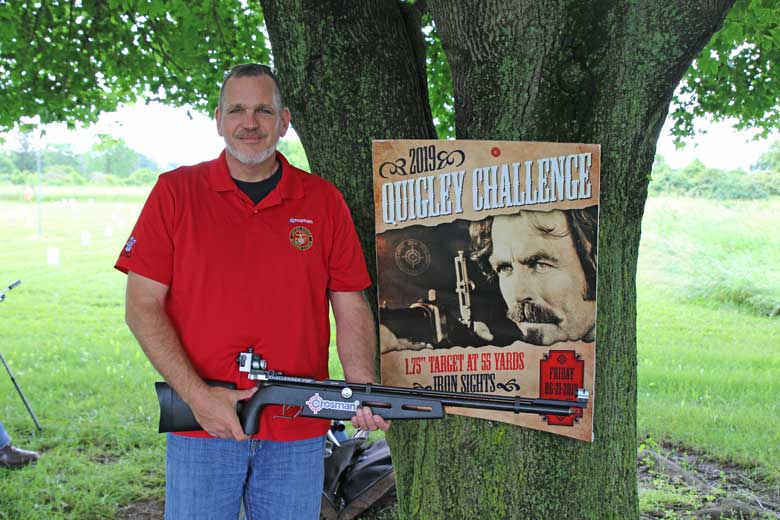 At the 2019 CAAFTC, the “bucket” is just 1.75-inches in diameter and has to be hit at 55 yards. That’s standing, unsupported and with strong, gusty winds! 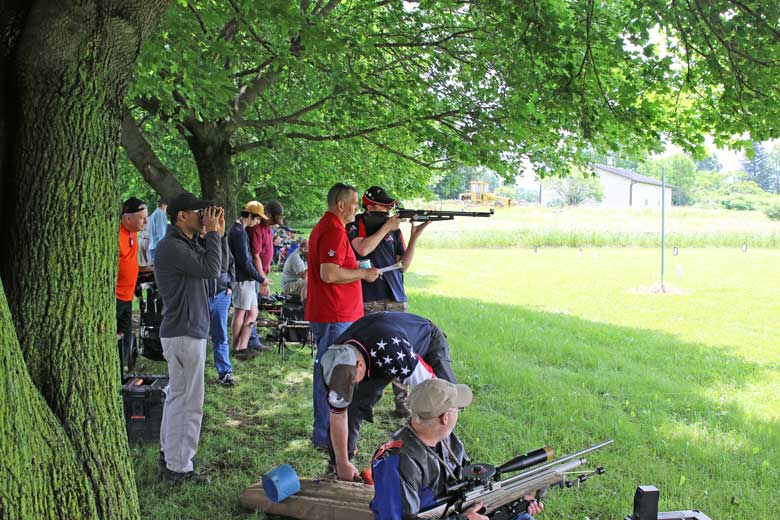 Shooters all use the same Crosman Challenger 10-meter gun (6.5 Ft/Lb limit) with peep sights and have 5 shots.

The windy weather certainly made conditions challenging for the competitors. There were only two hits in the bucket from the 15 shooters who tried their luck. One was HAM tested Eric Brewer, the other Vasyl Povroznyk. These two will have a shoot-out on the second day (Saturday).

Below. There are plenty of Crosman and Benjamin PCP pistols used in the Pistol FT competition. 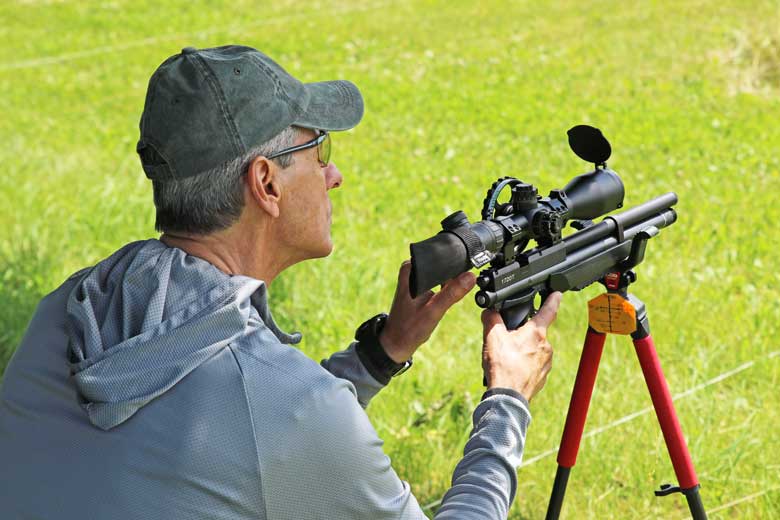 The 2019 CAAFTC Field Target Pistol Match opened in the afternoon. It’s a long way to those targets with a pistol in that wind! And three intrepid shooters even shot the course as a “Hands” (unsupported) class! 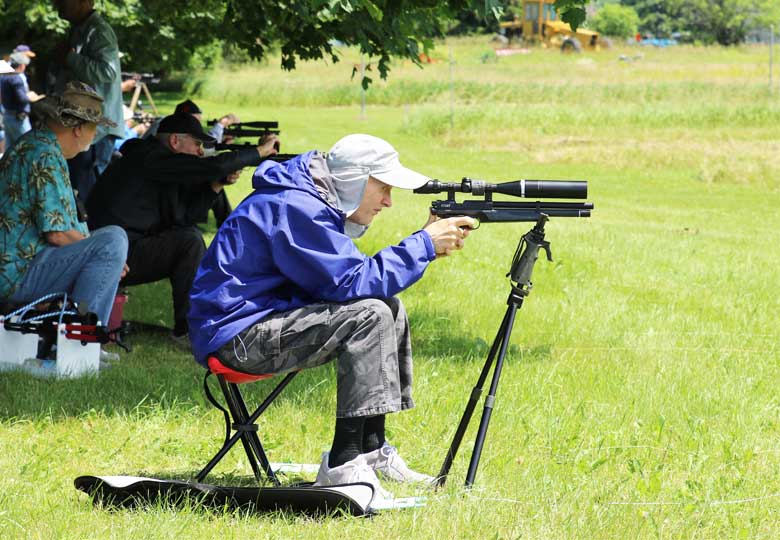 This Pistol FT Match showed a huge variety of air pistols, with competitors using everything from humble Crosmans to exotic Thomas pistols. Two shooters really stood-out from the rest, however…

Nathan Thomas scored a 55 in the Open class. That was a clear 10 shots ahead of the joint next-placed shooters Tyler Patner and Jeff Paddock. Great shooting Nathan!

Below we see Nathan (in front) watching Tyler Patner compete. 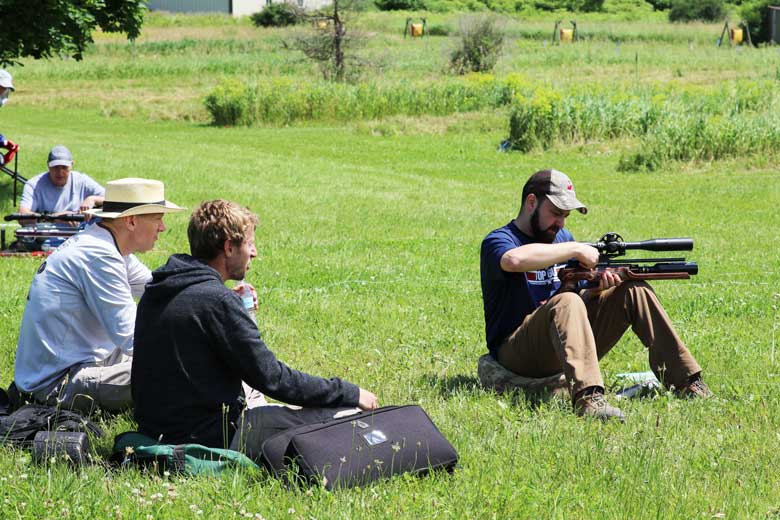 In the Hunter Pistol class, Eric Brewer won with 53, edging out Michael Niksch with 51 and Bill Rabbitt who scored 48. Well done gentlemen!!!

Tomorrow – Saturday – sees the first day of the rifle Field Target competition get under way. The weather forecast remains good, so the competitors will undoubtedly have a great time 🙂