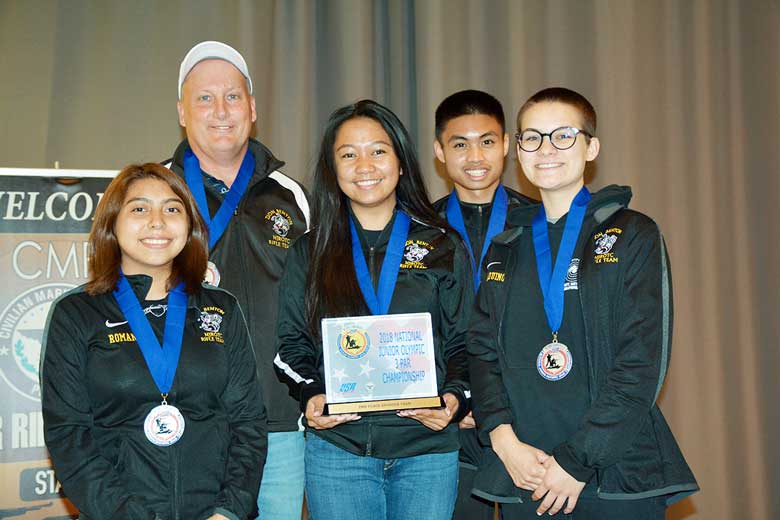 After months of intense competition, over 350 hopeful junior marksmen, families and friends will gather to witness who will reach the podium on the National stage. The sporter class championships are in June. The precision will be held in July. 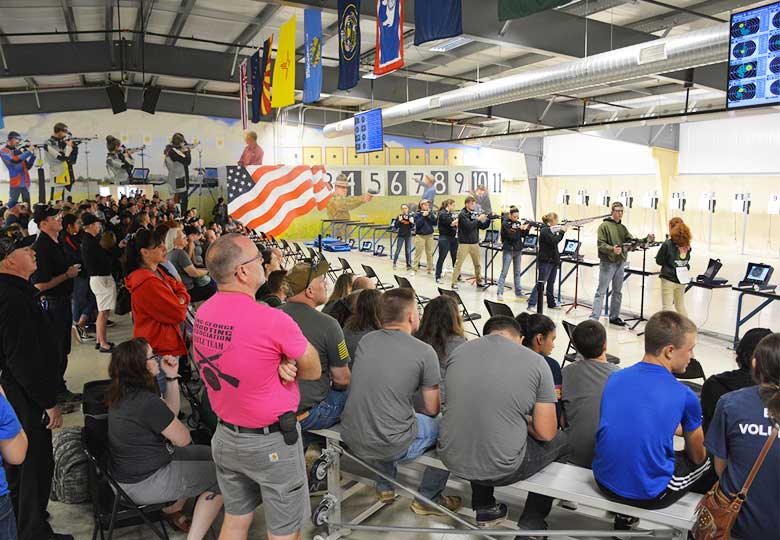 Why not attend the 2019 CMP National 3P Championships? The event is free and open to the public. You will see some amazing shooting from some of the most talented junior marksmen in the country.

Guests will also be able to see CMP’s electronic air gun targets, which are scored optically by internal LED lights. The range also features monitors at each firing point and large overhead monitors for spectators to keep track of scores.

The 3P Championship is a 3×20 match where competitors fire 20 record shots from three positions: prone, standing and kneeling.

Junior JROTC, 4-H and club team precision and sporter marksmen involved in the competition began their journey with the CMP Postal Competition in November, with the top athletes moving on to the Regional Championships in March and April. Overall high individuals and teams of Regionals then qualified for the National Championship. 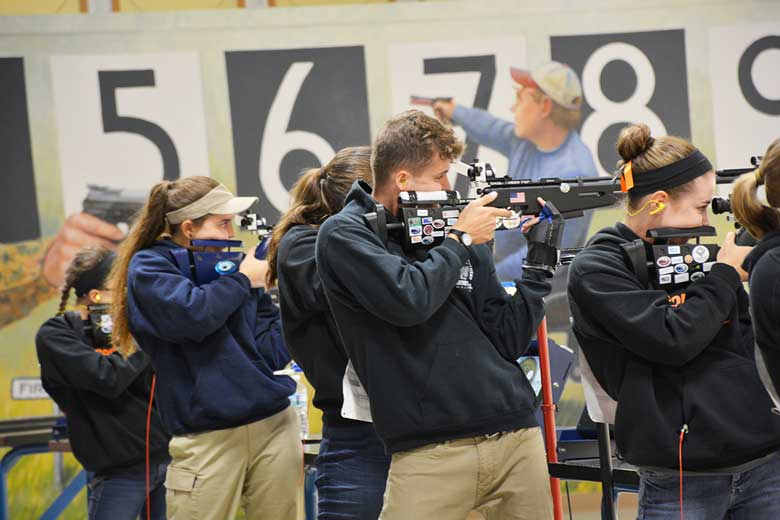 To reward the hard work of dedicated junior athletes and coaches, the CMP administers thousands of dollars in monetary funds towards teams who qualify for the Regional events. Additional funds are presented to qualifiers reaching the 2019 CMP National 3P Championship.

A scholarship check for $1,000 is also available for the top three highest-scoring senior athletes in both the sporter and precision classes at the National competition. This is a symbol of CMP’s continued support of junior marksmanship for the current generation and into the future.

Junior marksmen participating in the 2019 CMP National 3P Championships will automatically be entered in the USA Shooting National 3P Junior Olympics – fired at the Gary Anderson CMP Competition Center during the same timeframe. Sporter competitors compete on June 28, while precision competitors will follow on July 14.