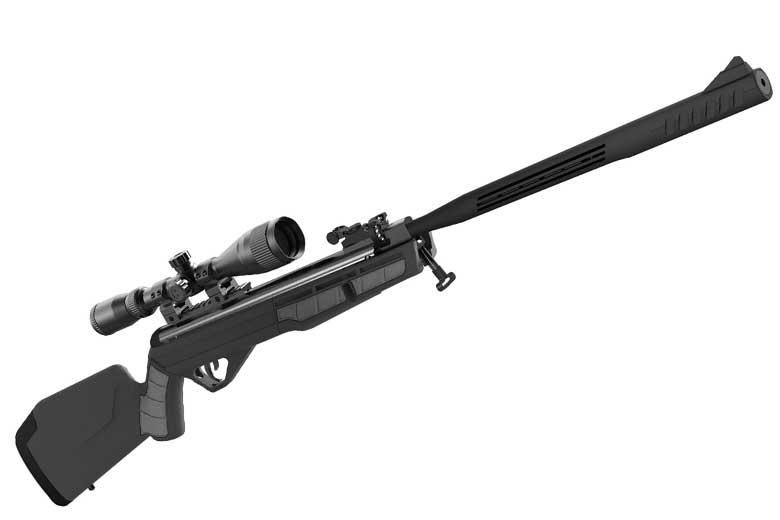 We first saw it at the 2018 SHOT Show. Then it was called the Benjamin MAG FIRE. The prototype we saw used a Marauder magazine located very high in a prominent housing above the barrel. There would definitely have been some significant scope occlusion with that arrangement! 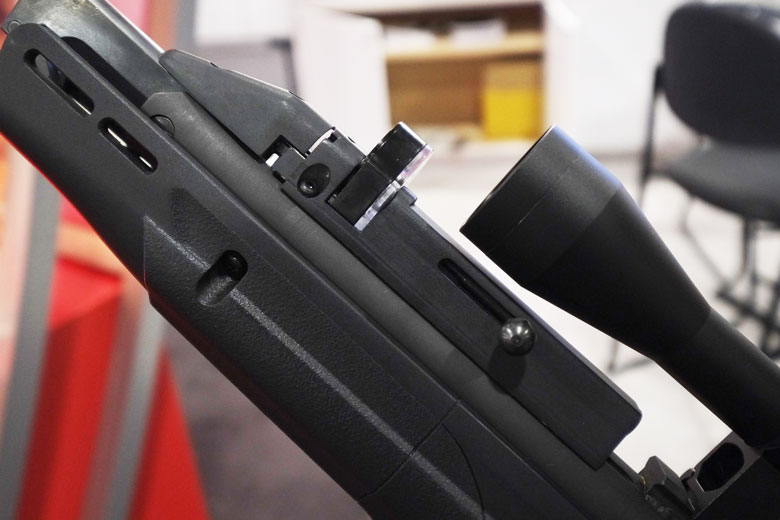 The same gun – or a very similar one – was shown again at the 2019 SHOT Show. On that occasion I actually fired it and recorded the name as the Benjamin Mag-Fire. 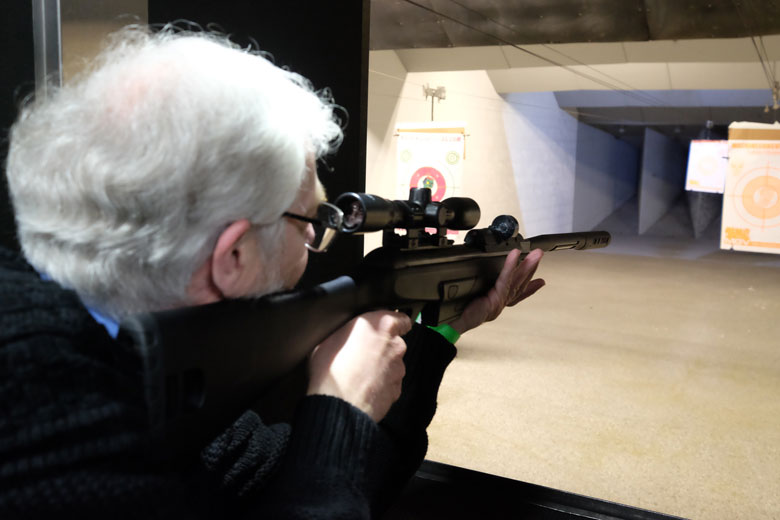 Now it’s available as the Crosman MAG-Fire. It’s clear, however, that the Velocity Outdoor engineering staff have used the time to produce a very different implementation of the multi-shot, magazine-fed breakbarrel concept.

The MAG-Fire that’s available now has a much superior magazine system that is mounted much lower on the gun. The open sights are still retained. That has to be an improvement worth waiting for! 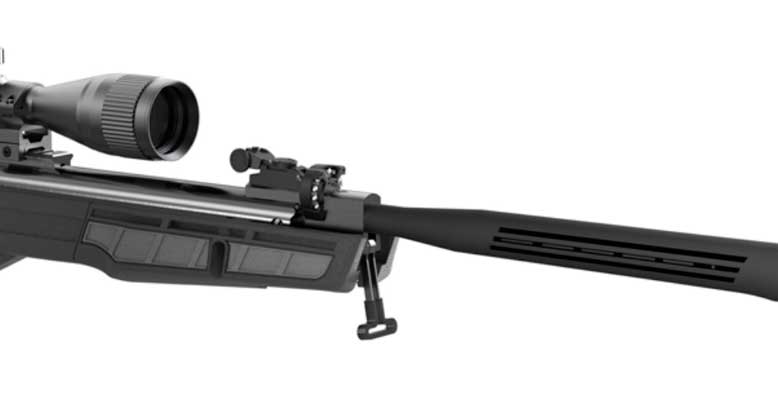 So the new Crosman MAG-Fire Ultra is now shipping with a 12-shot magazine in .177 caliber. It’s 10-shots in .22 cal. Clearly a complete new magazine was designed for the MAG-Fire: that’s definitely not a Marauder mag…

So here – finally – is an attractively-priced, multi-shot breakbarrel bundled with a scope that has the close-focusing capability required for an air rifle!

HAM has not yet been able to check-out the reticle type, but believes it to be a simple Duplex type. If so, that would be a shame. If it included a Mil-dot reticle, that would be the perfect combination… 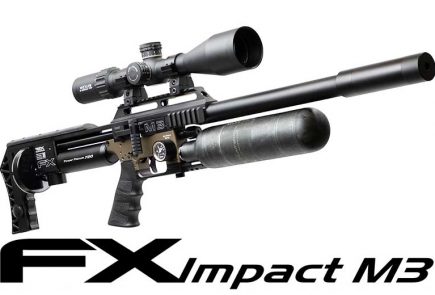 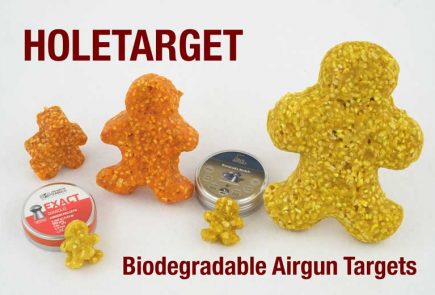 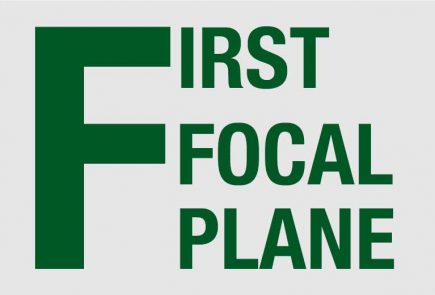