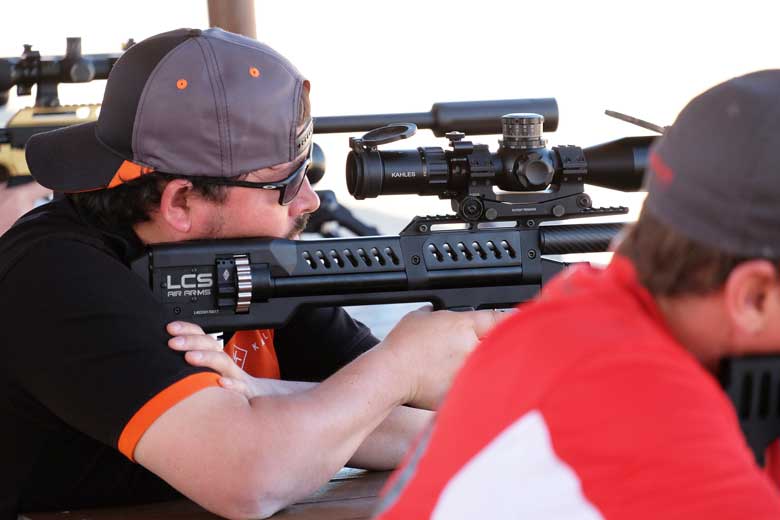 The LCS SK-19 air rifle has been causing a lot of interest since it first appeared earlier this year. This selective-fire (semi- or full-auto operation) PCP has had many people drooling at the prospect of trying it.

At EBR 2019, it appeared in competition for the first time in the Open Class of the Speed Silhouette competition. In fact, there was a good number of them being shot in this very popular event. These included 2019 Extreme Benchrest Pro winner Claudio Flores, seen in our photograph above. 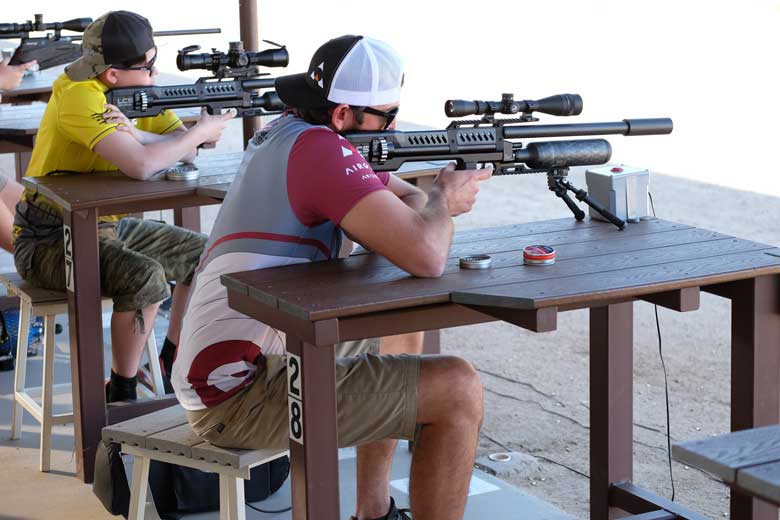 It’s also obvious that the SK-19 air rifle is just the sort of gun to attract customization. As proof, below we see Ken Hicks’ gun which he shot in the Speed Silhouette competition. Ken has fitted it with twin air tanks and a modified buttstock assembly with bag rider. At least that’s what I could see! 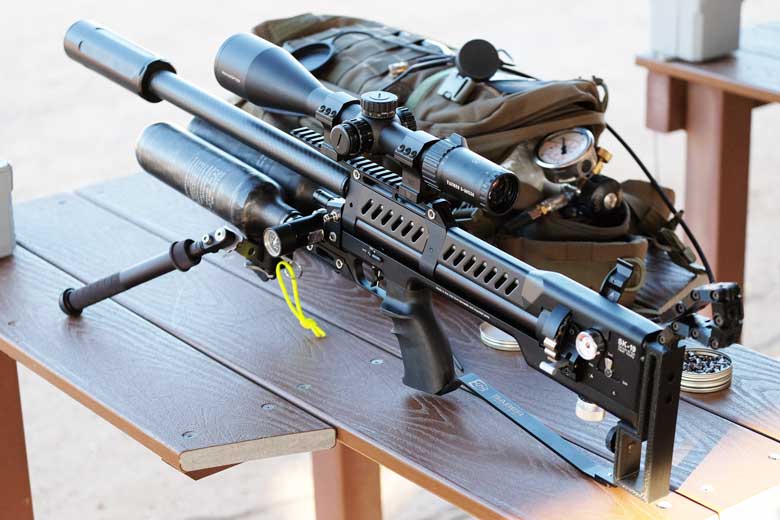 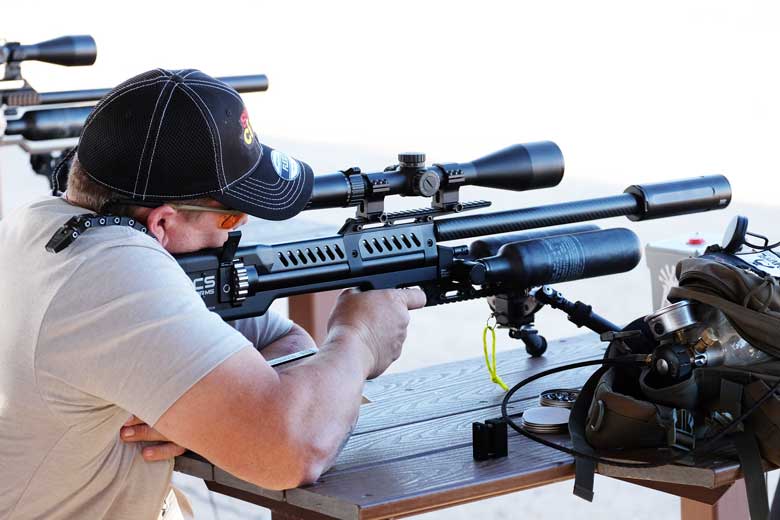 So what did we learn about the SK-19 from the 2019 Extreme Benchrest competition? I believe there’s three things…

First, the gun is very accurate. All the shooters using it were hitting the tiny animal targets rapidly, time-after-time at all ranges.

Secondly, the action really works! There were no jams at all from any of the competitors, and they were firing as fast as possible in semi-auto mode.

Thirdly, the SK-19 is clearly unbeatable for fast, accurate shooting, so long as the number of targets to be engaged is 19 – the magazine capacity – or less. But if you need to re-load, it’s a little too slow to keep up with a skilled shooter firing a sidelever PCP with interchangeable magazines engaging 20 or more targets… 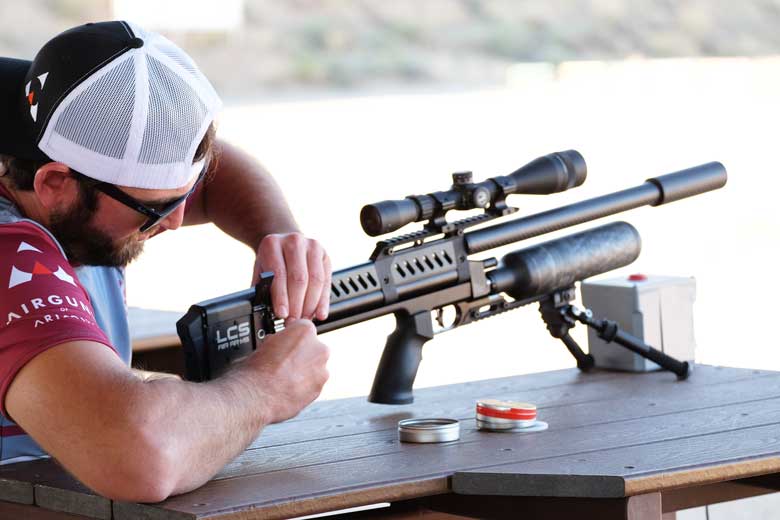 What is NOT new news is that everyone just HAS to try shooting the SK-19 and they all have a ball doing so! 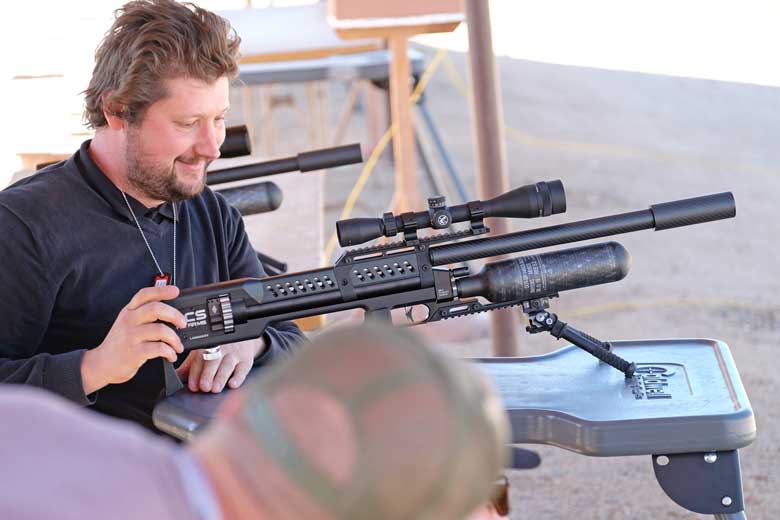 The LCS factory people had a couple of guns set-up on a trial range at Extreme Benchrest 2019. And they weren’t taking any chances over running out of pellets either. Just look at this ammo box full of pellets that was ready to be loaded and fired… 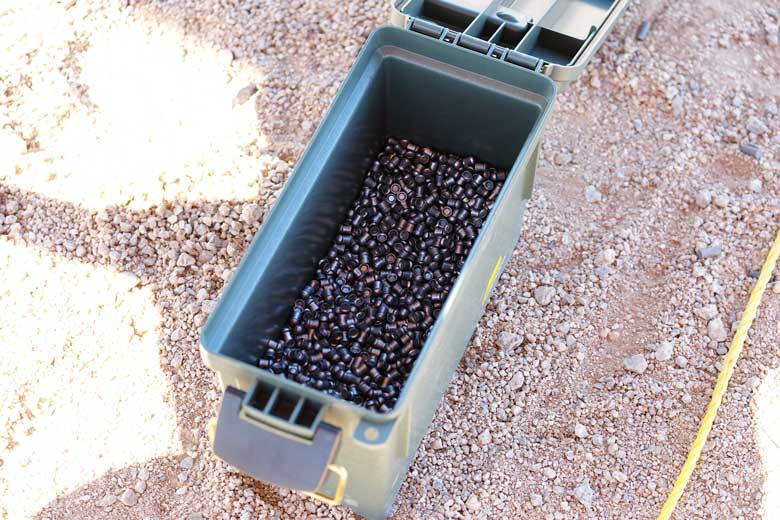 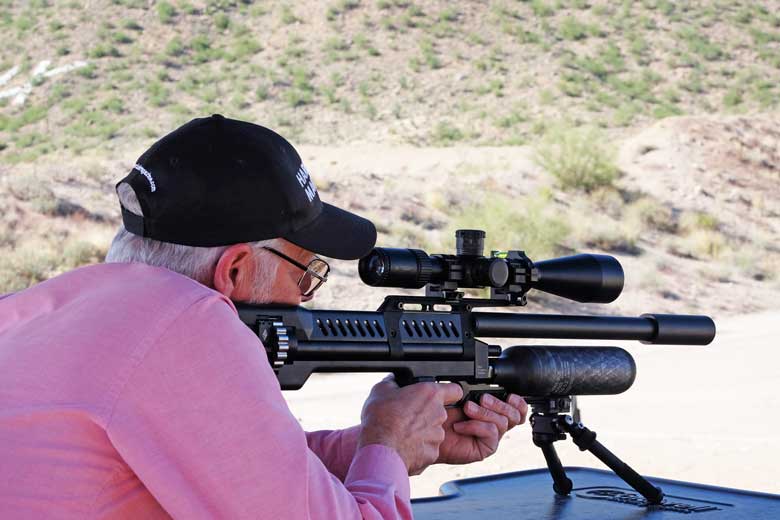 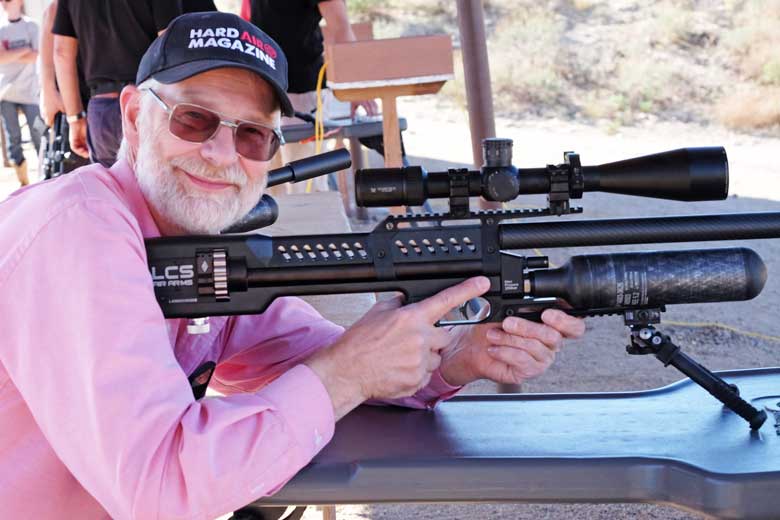 Probably it’s fair to say that the SK-19 air rifle is attracting so much attraction right now due to the full-auto novelty factor. But given its obvious accuracy and reliability, it seems clear that airgun hunters will take to it in semi-auto mode.

It combines power with the ability for an instant semi-auto follow-up shot if required. For many hunters, that will likely be a winning combination.

Now if it just had interchangeable magazines…