Why I Love The Daystate Red Wolf – EBR Competitors Speak 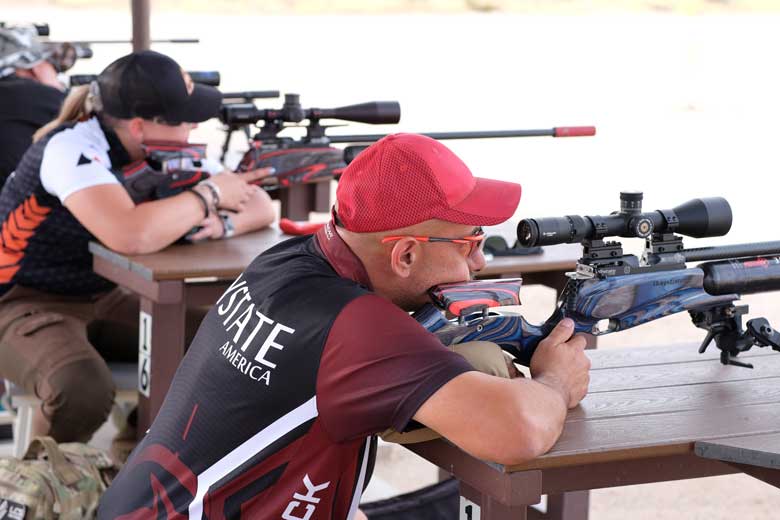 There’s many Daystate Red Wolf air rifles being shot at 2021 Extreme Benchrest. It’s obviously a popular choice, so I spoke to seven leading competitors and asked them a question.

What are the three things you like best about your Daystate Red Wolf? Here’s what they said… 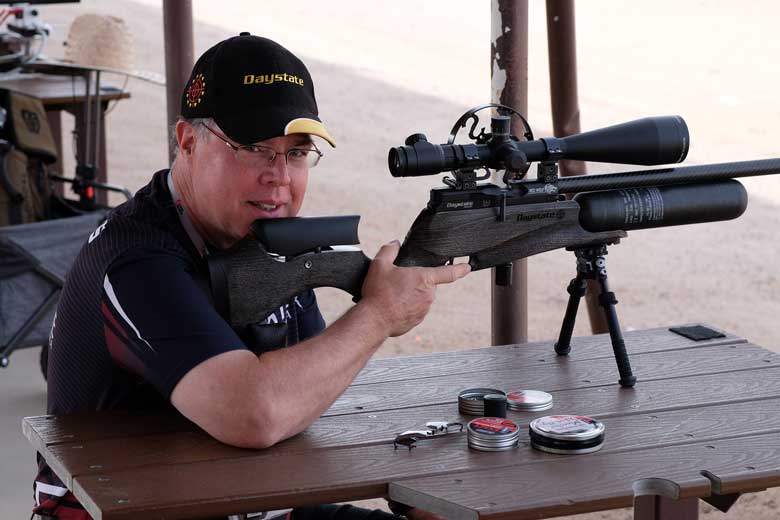 Most of all, I like the fast cycle time  – the time between pulling the trigger and the gun firing.

Next there’s the looks. This is just a beautiful air rifle!

Thirdly, It’s the smoothness of the action. It’s just sublime… 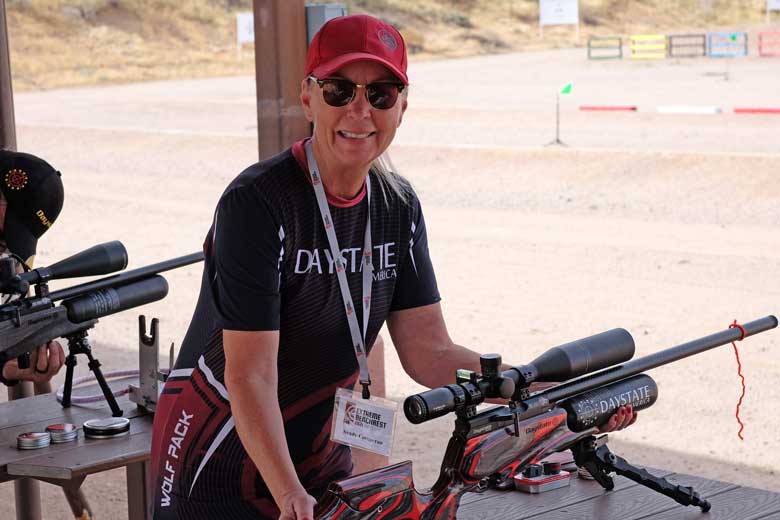 A leading lady competitor at Extreme Benchrest for several seasons, Sandy was shooting a Red Wolf with red laminate stock.

She was brief but decisive with her comments!

First she liked the feel of the gun.

Second, she loves the accuracy.

Third – she said – was the beauty of the Red Wolf. 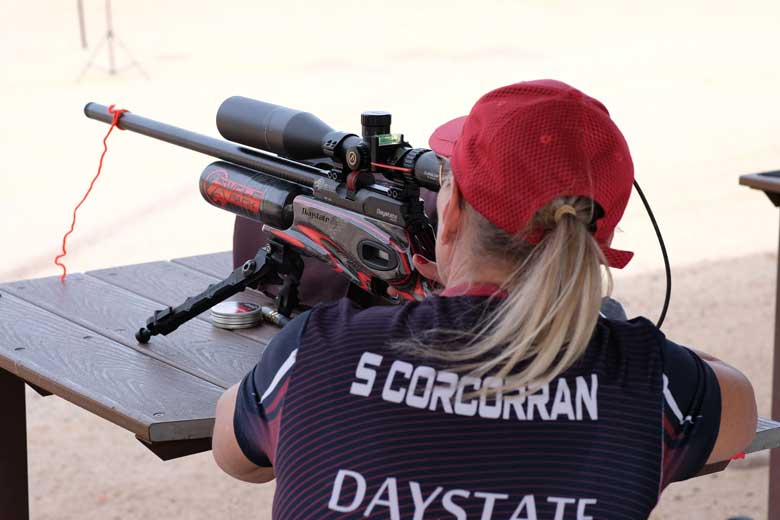 Sandy was shooting JSB Monster Redesigned pellets through her Red Wolf, too.

Bobby is Sandy’s husband. He’s always a consistently-ranking competitor at Extreme Benchrest over the years. And there’s always real tussle between Sandy and Bobby for who can shoot the best!

He is also shooting a walnut-stocked .22 caliber Red Wolf with – guess what – JSB Monster Redesigned pellets. 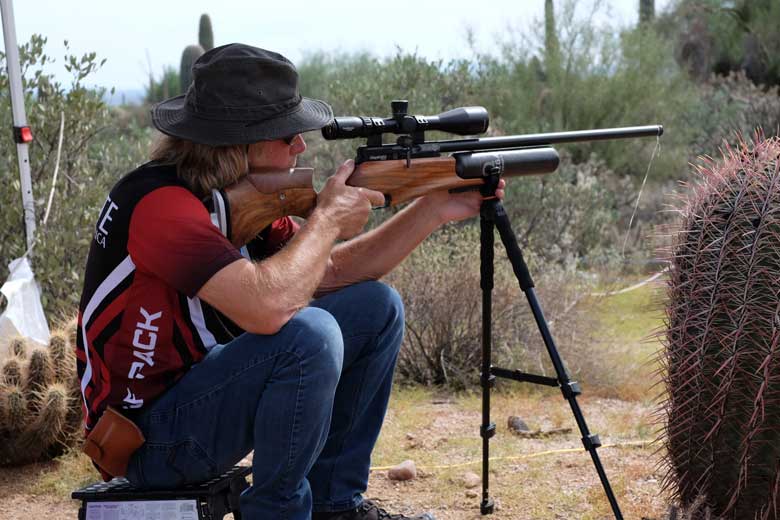 Bobby told me that mostly he loves the simplicity of shooting the Red Wolf.

He also loves the accuracy.

And then he loves the ergonomics.

What pellets was Bobby shooting? You can probably guess: it was the same as the other competitors.

Yet another Red Wolf/JSB Monster Redesigned shooter was Tom Adams. You can see more about Tom at his YouTube Channel. 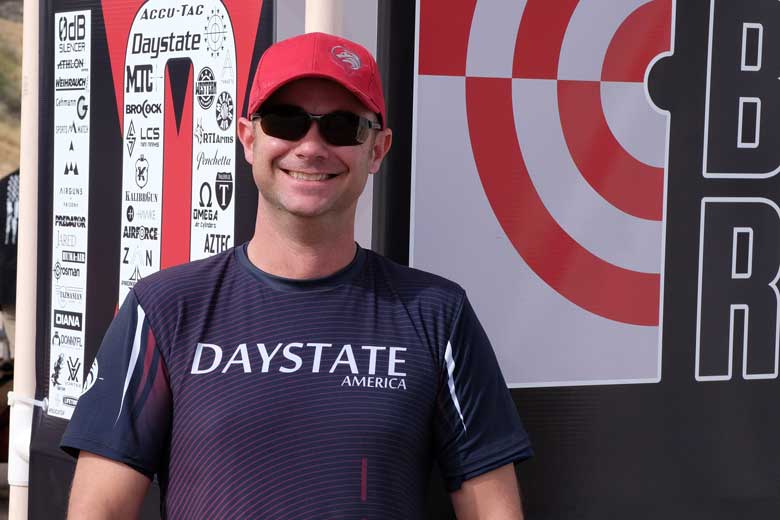 Then he raved about the feel and quality of the trigger.

Thirdly he loves the” tunability” of the gun: the ability for it to be set up exactly how he wants it.

You can already guess what pellets Lauren was shooting through her red laminate-stocked .22 caliber Red Wolf! 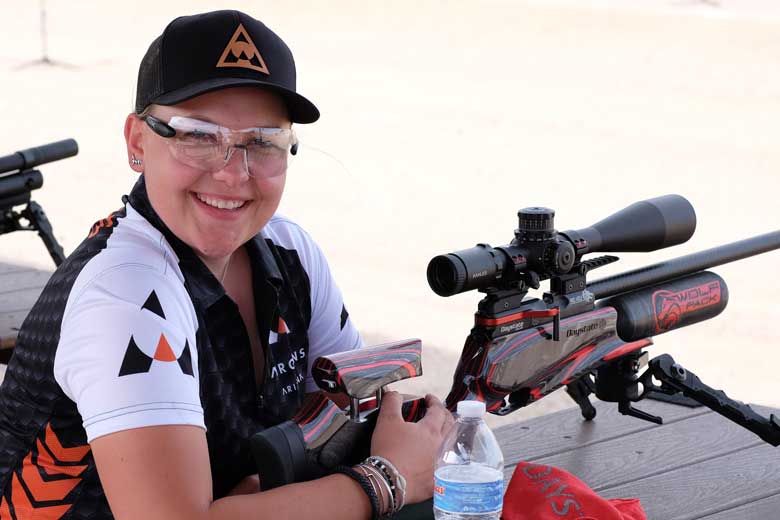 “It’s super accurate” was the thing she loves the most.

Secondly, Lauren was another shooter who loves the looks. “It’s beautiful,” she told me.

Thirdly she loves it because it’s quiet.

Mike’s a past Speed Silhouette champion at Extreme Benchrest. 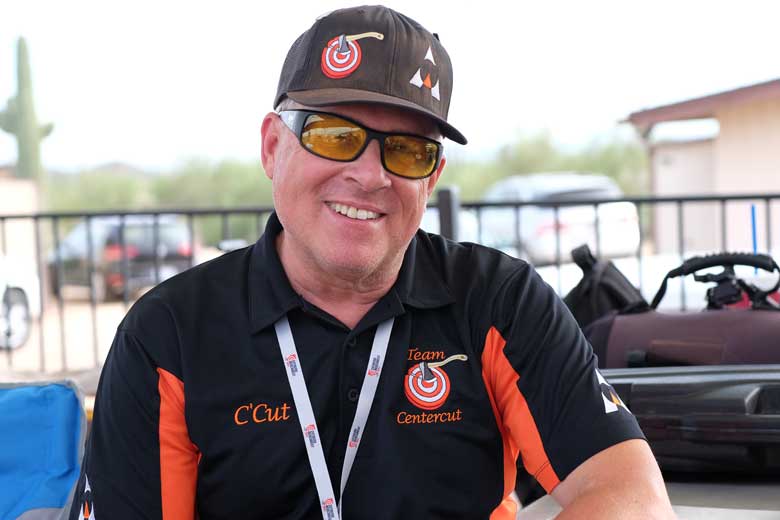 This year he’s shooting a .22 caliber Red Wolf with – you guessed it – Monster Redesigned pellets. Here’s what he loves about the Red Wolf…

1. It’s the best looking air rifle out there!

2. It’s much easier to shoot from a bench than a bullpup. It need less concentration from me to shoot accurately.

3. Of course, it has a perfect trigger. 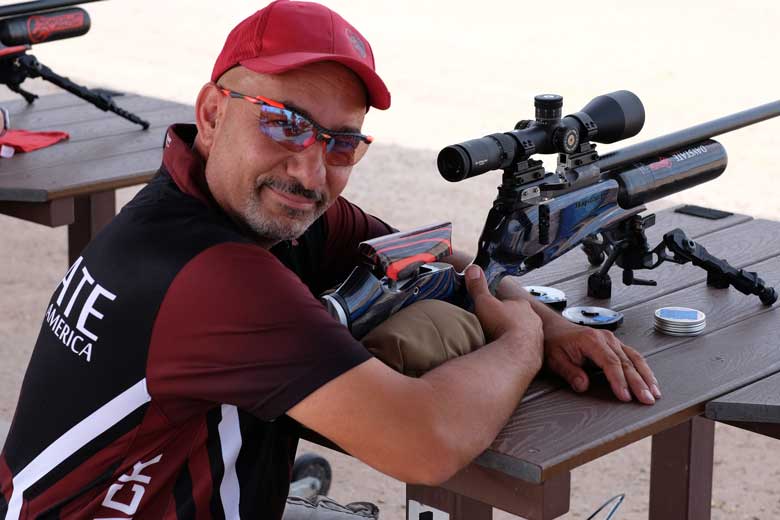 John’s .22 caliber Red Wolf is equipped with a blue laminate stock, red laminate cheekpiece and modified cocking handle. He’s a consistent competitor with his Daystate Red Wolf and JSB pellets. So what does he love about this air rifle?

Like Dennis, John’s favorite feature is the fast cycle time – this lets him shoot the gun rapidly with confidence.

Thirdly John rates the Red Wolf as a very versatile gun. He can use his Red Wolf for all the competitions at EBR – from Extreme Field Target, through Speed Silhouette to 100 Yard Extreme Benchrest – and so qualify for the “One Gun Challenge” category. 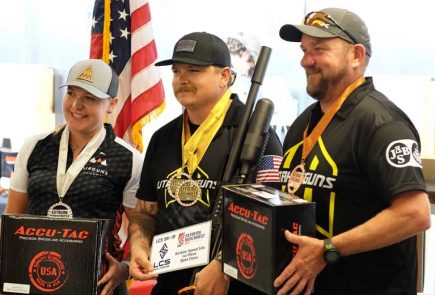