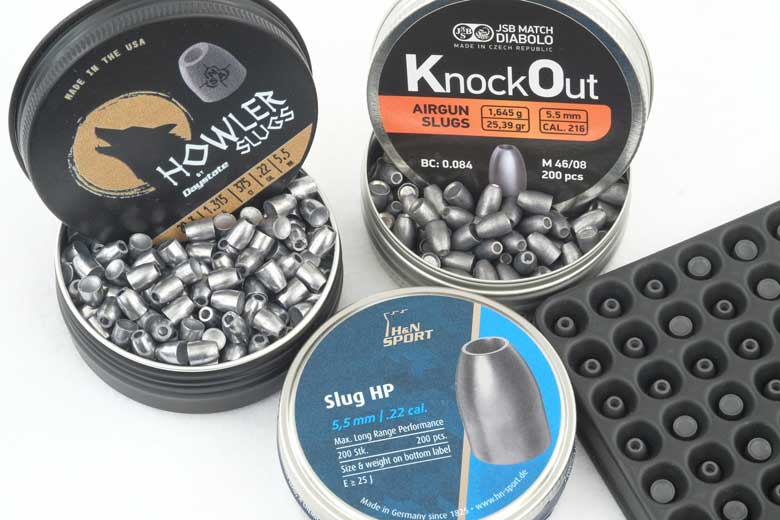 That’s the question that’s on many airgunners’ minds today. Everyone’s excited about slugs and manufacturers are using BCs (Ballistic Coefficients) as a way to differentiate their products.

So what does HAM find?

Is heavier better for 22 cal slug BCs? Well, basically, the answer is: “Yes”. Heavier slugs generally do have a higher BC than lighter ones when shot through the same airgun. For many people, that makes them “better”.

Taking the BC data from HAM’s consistent, comparable slug BC tests in .22 caliber and comparing it to projectile weight, here’s what we see… 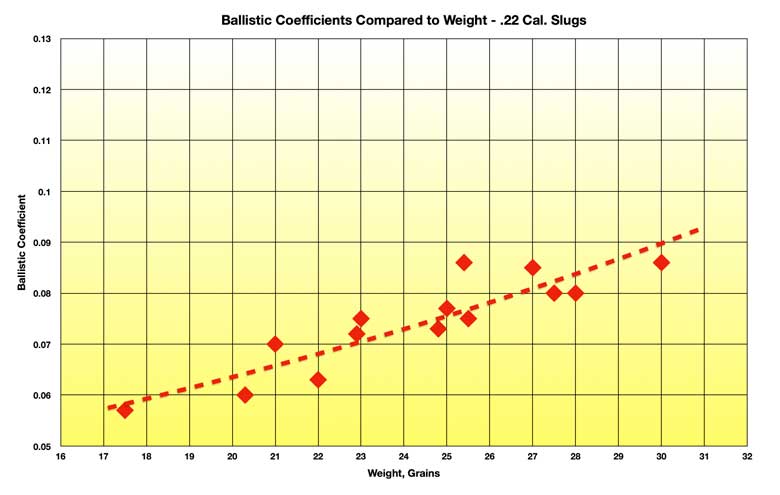 There’s slugs here from multiple manufacturers: H&N, JSB, NSA, ZAN and more. Within the limits of experimental error, there’s a pretty clear relationship between Ballistic Coefficient and slug weight. When shot through the same airgun . We’ll keep repeating that because it’s important for this comparison.

So why aren’t all the points on exactly the same (dotted) “line of best fit” in this chart? There’s a number of reasons for this…

Firstly, HAM BC testing is undertaken with slugs (or pellets) straight from the tin. We do not sort or select the slugs for this test. As we know from HAM’s world’s largest database of airgun ammo test reviews, there can be significant differences in weight and diameter from one slug (or pellet) to another.

So, some BCs are undoubtedly a little lower or higher than the “line of best fit” for that reason.

Secondly, we’ve assumed that all slugs match the “G1” projectile model that’s used to calculate BCs. This is undoubtedly not exactly true – as this HAM story explains – and will be another cause of some slight differences.

Below, this Knock Out slug from JSB represents the majority of swaged lead slugs in .22 caliber. 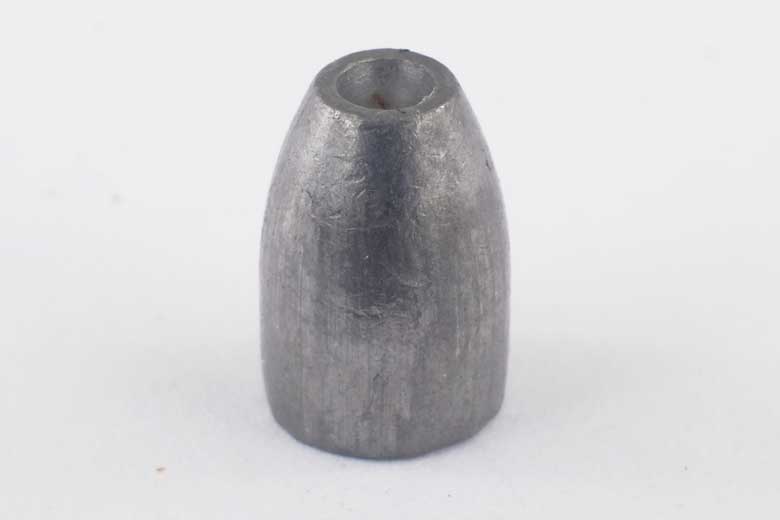 Then there’s the inevitable environmental differences such as exact temperature, pressure and wind. HAM BC testing is always undertaken at the same sheltered range, with the same gun – a “standard” FX Impact – by the same people, using the same Labradar device and on calm days. But, even, so, there will inevitably be some differences that effect the data.

However – overall the answer to our question – is heavier better for 22 cal slug BCs? – is pretty clear, as the graph shows. For swaged lead slugs – the most common type currently in the market – shot through the same air rifle.

But take a look at this chart! It’s the same data, but with the inclusion of two additional slugs from Altaros… 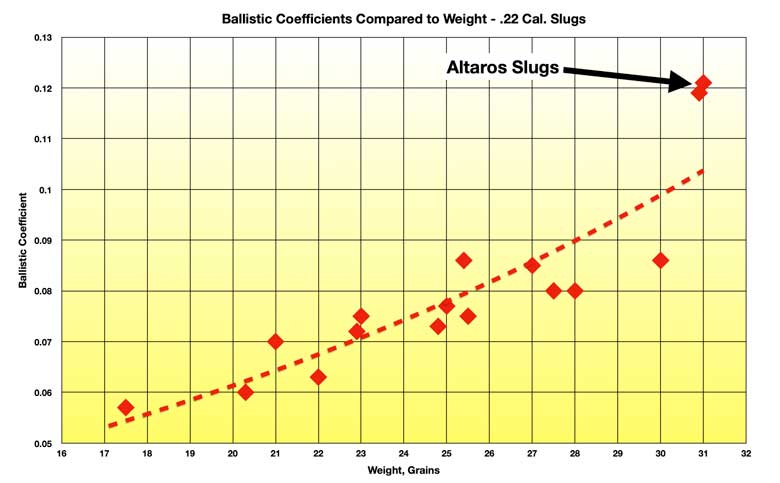 It’s immediately clear that the two Altaros slugs are waaaaay ahead of all the other slugs tested by HAM in terms of BC for weight.

So why is this?

Well, Altaros slugs are turned – not swaged. They also are not parallel for their entire length – as we can see from the photograph below. They actually have some resemblance to the G7 BC profile that’s designed for use with boat-tailed bullets. However, the BCs shown here are calculated using the G1 model. 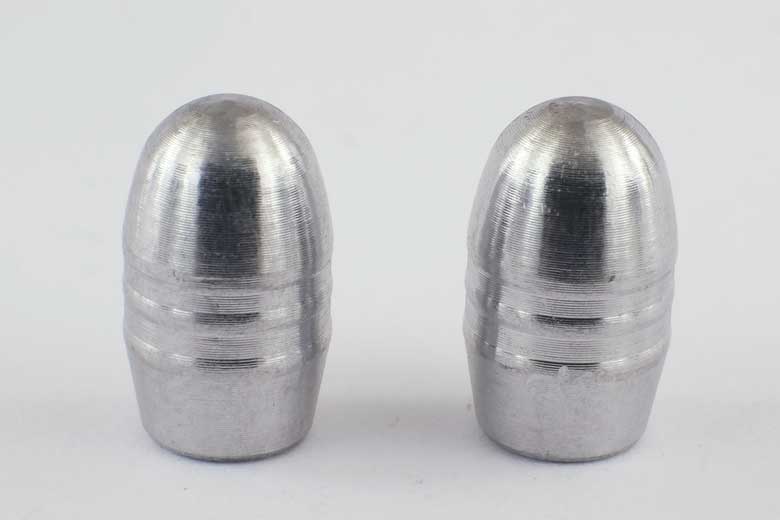 Note also that including the Altaros slugs in our chart changes the angle of the “line of best fit”. However that line still represents the other data reasonably well.

All HAM BC data – for both pellets and slugs – is produced using the same air rifle. This is intentional. It allows our results to be useful for the majority of shooters who want to compare how different ammo will behave in one specific air rifle.

Slug manufacturers – in particular – obviously want to provide the highest possible BCs for their products. This is completely understandable.

However it means that their BC results are likely to be generated using the most powerful possible air rifle that’s specifically tuned for their specific slugs. Higher FPS gives higher BCs, even if all other factors remain the same.