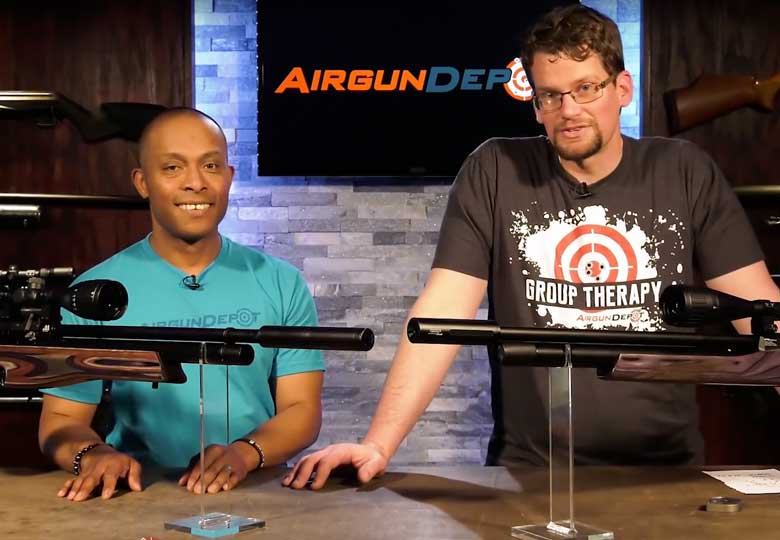 What do we learn from Airgun Depot’s latest Head2Head video?

Well, the first thing is that Travis can’t sing!

The second is that Joe can get real, guitar-smashing mad – when he’s dressed as a cherub. At least I think that’s his cherub outfit. (But why?).

Oh yeah – of course – there’s airguns in there, too…

Hard Air Magazine tested the FX Dreamlite recently. This is very similar mechanically to the Dreamline Dream-Classic in this video. Indeed, the Dreamlite can be fitted into a Dreamline laminated wood stock, as a part of the Dreamline modular concept.

HAM also tested the S510 long ago in one of its pre-regulated forms. But, apart from the regulator and stock, the basics of the gun are very much the same. Why mess with success? The name is different, but it’s still built in Britain – as Joe’s very keen to remind us.

In this Head2Head, Travis and Joe compare the two guns for trigger performance, noise level, accuracy, consistent power and build quality. Among other things.

As you can imagine, it was a close-run thing. But which gun won? You’ll have to watch the whole of this Head2head video to find out!