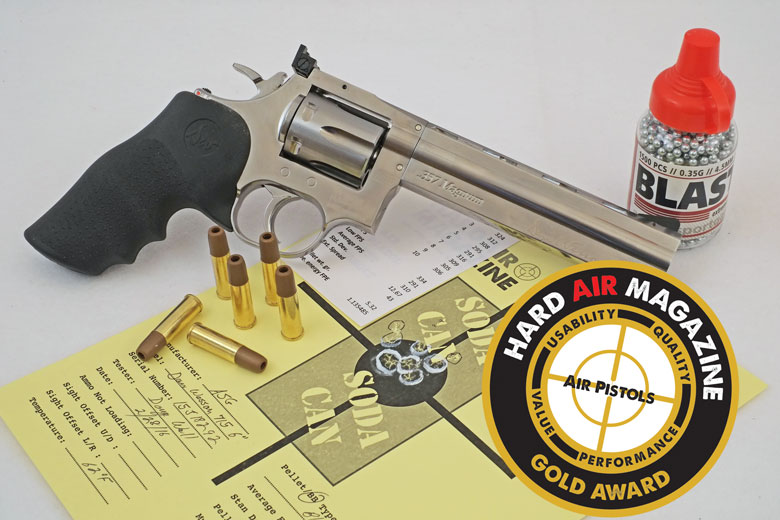 Speed loader broke.
Poor user manual.
Not much else!

The Dan Wesson 715 6" BB revolver is a great replica of the 357 Magnum firearm it copies. It's officially licensed with the Dan Wesson brand and would be an ideal training tool for anyone who owns the firearm version.

This revolver is beautifully-finished. It's accurate and gives a good shot count from its CO2 power source. All the BBs tested by HAM shot well in the 715. The windage- and elevation-adjustable rear sights are a definite step ahead over the fixed sights found on most replica BB pistols.

Satisfying to handle and enjoyable to shoot, the Dan Wesson 715 6" BB revolver is an outstanding "modern look" BB revolver. It earns a coveted HAM Gold Award for its performance in this review.

At a Street Price of $140, the Dan Wesson 715 6″ BB revolver is relatively expensive for a firearms replica BB pistol.

However, the HAM team feels that it offers excellent value at that price. This is due to the excellent perceived build quality and finish, the adjustable sights, the quality rubber pistol grips and overall handling and realism.

The availability of additional cost accessory rails allows the 715 to be customized with a red dot sight, pistol scope or laser, should you choose to personalize your air pistol. 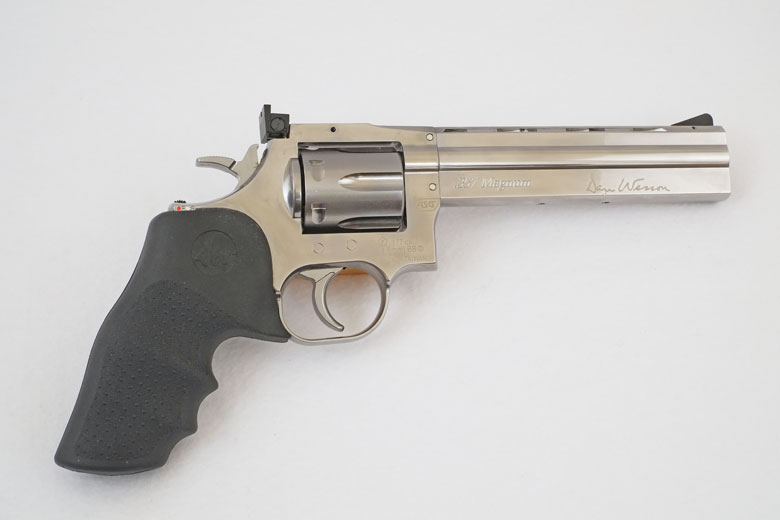 There’s no doubt that the looks and feel of this BB gun make it just about a perfect replica of the firearm!

The size, weight and function of the Dan Wesson 715 6″ BB revolver are exact duplicates of the firearm. The only significant difference the HAM team noticed was that the BB gun has a tiny, sliding black safety behind the hammer.

Weight, balance and handling are very close to that of the firearm 715. The Dan Wesson 715 6″ BB revolver is heavy, but it’s actually – at 2 Lb 9 Oz – slightly lighter than the 2 Lb 15 Oz of the firearm version. 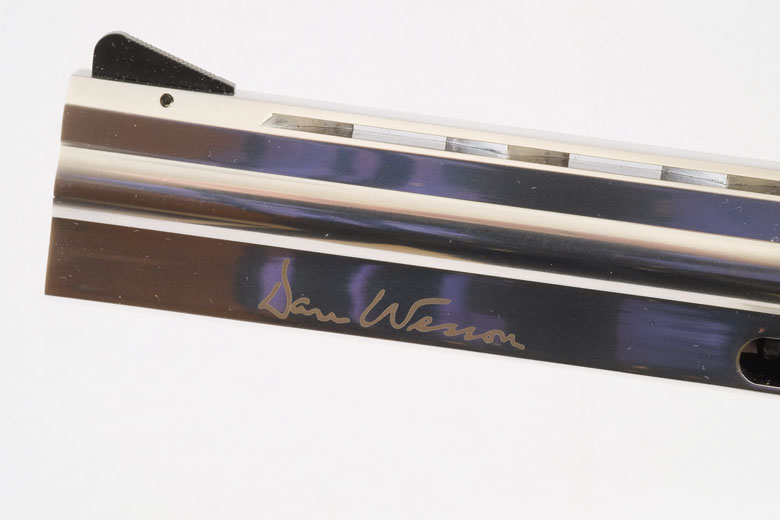 The nickel plated frame of the Dan Wesson 715 6″ BB revolver is highly polished and beautifully-finished – a fact that made it very difficult to take good photographs! The “Dan Wesson” and “357 Magnum” markings appear identical to that of the firearm.

Accuracy was well within the “minute of soda can” at 6 yards during HAM tests with all the BBs tested.

ASG Blaster BBs showed the best group of just over 1-inch center-to-center. Not until HAM tested Doug Wall moved back to 10 yards, did a couple of shots start to stray outside the soda can area.

The point of impact (where the BBs hit, compared to where the gun is aimed) achieved by the Dan Wesson 715 6″ BB revolver was outstanding. Right on the bull! This is because, the 715 is fitted with an excellent rear sight that is adjustable for both windage and elevation. So the Dan Wesson 715 6″ BB revolver can be sighted-in to account for your eyesight, range and BBs used.

Such a fully-adjustable rear sight is very unusual for a BB pistol. Adjustments are made using a screwdriver, as you can see below. 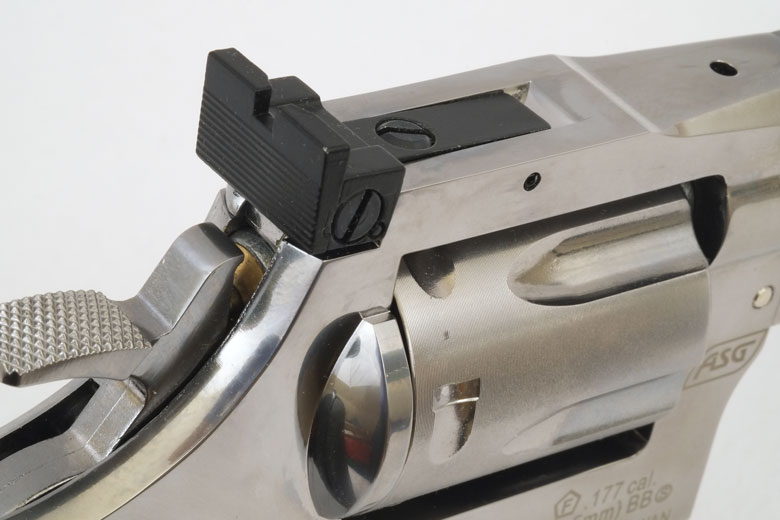 Also illustrated in this photograph is the very sharp, clear rear sight. This combines with the square-topped front sight to give an excellent sight picture – the best of any replica BB pistol tested by HAM to date.

Another aid to accurate shooting with the Dan Wesson 715 6″ BB revolver is its ability to accept a tactical mount rail. A red dot sight or pistol scope can then be mounted on this rail, as shown below. Although not tested by the HAM team, this capability is another way in which the 715’s accuracy and point of impact can be tailored for the user. And, of course, it certainly looks cool! 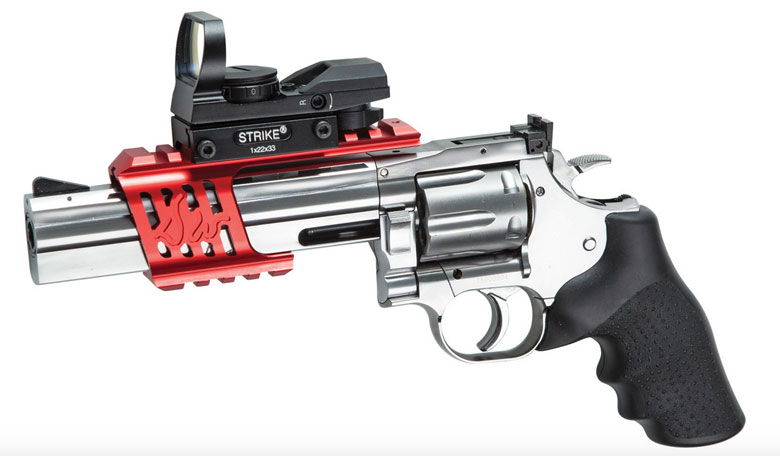 They also claim a maximum muzzle velocity of 430 FPS.

HAM testing achieved a maximum muzzle velocity of 326 fps for a 10-shot string of with Avanti Precision Ground BBs. The HAM testing was undertaken in a cool, 62 degrees Farenheit, range and muzzle velocity would be significantly higher in warmer ambient temperatures. However, it is still unlikely that the 715 tested by HAM will achieve the muzzle velocity claims. Fortunately this is not a significant downside for the intended use of this replica airgun.

The Dan Wesson 715 6″ BB revolver tested by HAM demonstrated good consistency in many aspects of design and use.

Muzzle velocity was pretty similar with all the pellet types tested. Of course, muzzle velocity will fall with rapid fire. This is inevitable with any CO2-powered airgun.

On-target accuracy was also consistent. The Dan Wesson 715 6″ BB revolver was not very particular about the type of BB it fired. All the test groups were of a similar, acceptable size, although the ASG Blaster BBs produced the most accurate results in HAM testing.

Trigger pull weight was quite consistent too. The variation between the maximum and minimum trigger pull weights recorded in HAM testing was about 1 Lb  single action and 14 Oz, shooting double action. But this variation was not really felt by the shooter.

The trigger of the Dan Wesson 715 6″ BB revolver tested by HAM was very crisp in operation, with excellent feel. It functions correctly in both double- and single-action operation and is a pleasure to use.

The photo below shows the manual safety fitted to the BB gun. This works effectively by blocking the hammer when engaged.

Note also the heavy checkering of the hammer spur. This makes cocking the Dan Wesson 715 6″ BB revolver a pleasure as it provides a very good, secure grip for the thumb when firing single action. Although not part of the trigger or action, we should mention here that the imitation “Houge – type” pistol grips are also outstanding. The texture and feel of these rubber grips gives a very secure grasping surface for the hand and contributes greatly to the whole cocking and firing experience. 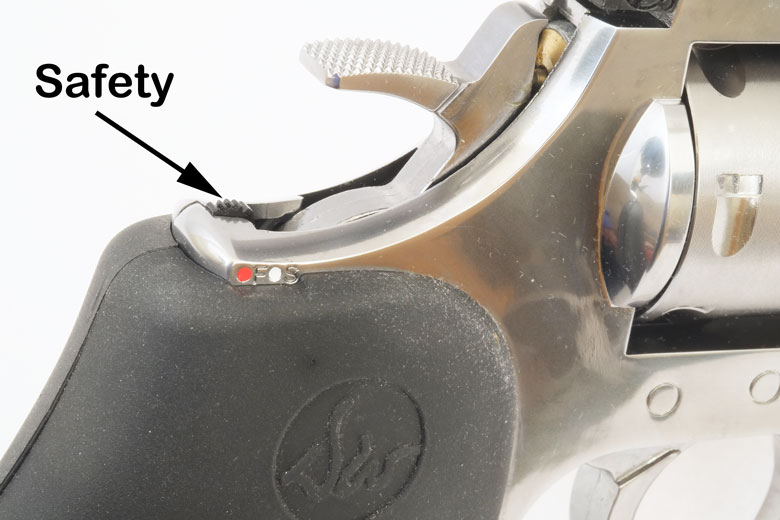 The cylinder of the Dan Wesson 715 6″ BB revolver swings out to the left for loading – just as with the firearm version. It can then be loaded with six individual shells, each of which can contain a BB. The realism of this operation is, again, outstanding. 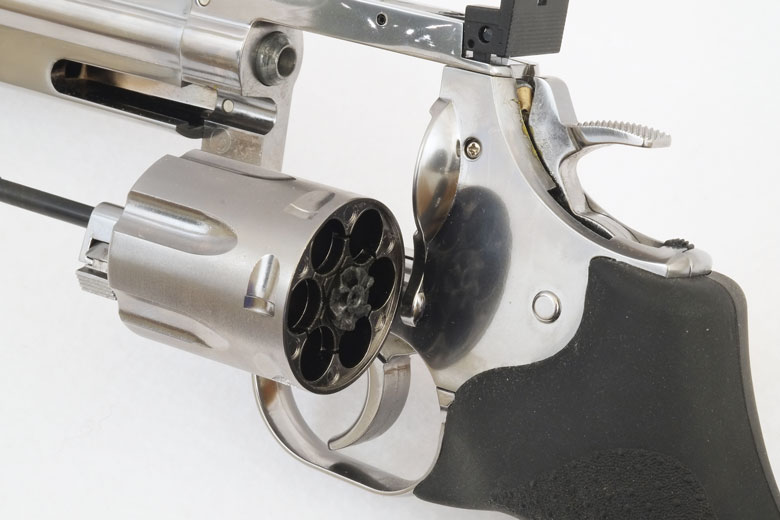 The only weakness the HAM team could find with the Dan Wesson 715 6″ BB revolver was that the hammer had a little sideways “slop”, although this did not adversely affect the shooting experience.

The Dan Wesson 715 6″ BB revolver tested by HAM gave 90 “good” shots from a 12 Gram CO2 cartridge. At shot 90, muzzle velocity had fallen to 283 FPS but was still shooting well to the point-of-aim on our standard test target. But beyond this point, muzzle velocity dropped away rapidly and the BBs impact point fell also.

This is a good shot count, giving a satisfactory number of shots between CO2 cartridge changes. Remember, too, that the HAM tests were conducted at an ambient temperature of 62 degrees F. The number of good shots will probably increase slightly in hot weather. 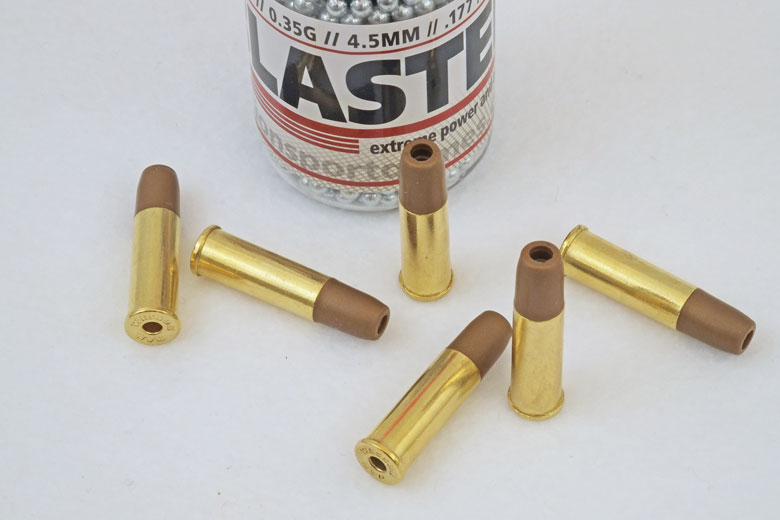 BBs are loaded into the front of the individual shells for the Dan Wesson 715 6″ BB revolver.

As usual, the HAM tests were made at the relatively low ambient temperature of 62 degrees F. This is relatively cool for CO2-powered BB-firing replica pistols, but it does replicate how many of them will be shot in basement ranges.

The Dan Wesson 715 6″ BB revolver tested by HAM recorded a single peak muzzle velocity of 364 FPS with the first shot of the Avanti Precision Ground Shot. But the average muzzle velocities over 10-shot strings were in the 307 – 326 FPS range, as you can see from the chart below. As always with CO2 pistols, muzzle velocity fell as the gun was shot, recovering during the reloading process.

Average muzzle velocity across the HAM test targets was 515 FPS for the Dan Wesson 715 6″ BB revolver. This level of muzzle velocity is perfectly adequate for paper-punching although it’s a little slower than some other CO2-powered BB pistols tested by HAM.

Here we’ll quote HAM tester Doug Wall’s notes exactly as he wrote them. “This is a beautiful replica CO2 BB pistol. Machining/casting is crisp and accurate. The stainless nickle finish is beautiful. This is a VERY accurate replica”.

Metal finish is polished to a shine on the frame and barrel on the Dan Wesson 715 6″ BB revolver. The rubber grips also have an outstanding appearance and the CO2 cylinder tightening screw is almost invisible except from directly below the gun. 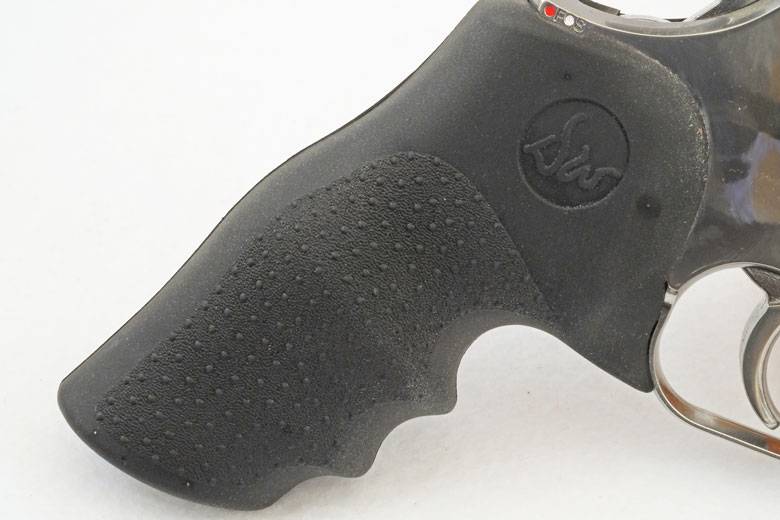 The 715 is readily available online from the usual sources, so it’s easy to buy. But it’s not so likely to be available from “bricks and mortar” stores.

There’s a collapsible hex wrench fitted to the removable side of the grip. This solves the problems of losing separate hex wrenches or unsightly external screws, as is the case with some other BB pistols. But it’s slightly less easy to use than a separate hex wrench. You can’t win them all! 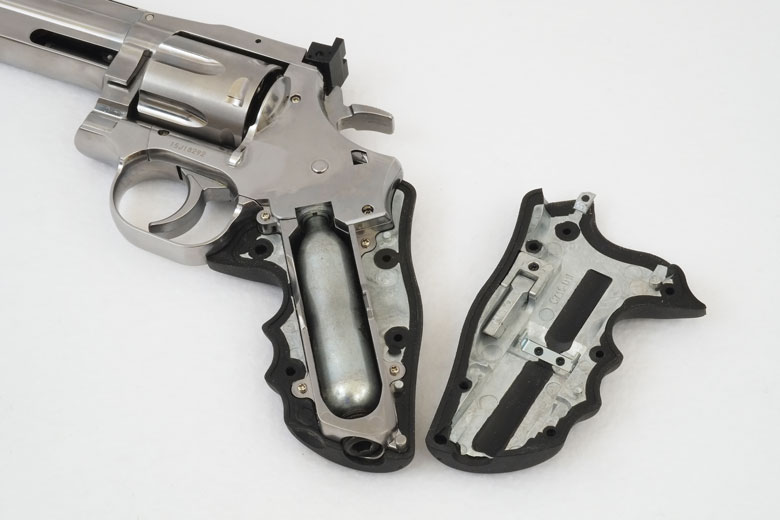 BBs are easily loaded in to the front of the  shells supplied with the 715. Simply spread some BBs in a tray (or pellet tin lid) and push the plastic end of the shell down onto the BB.

A speedloader is supplied with the Dan Wesson 715 6″ BB revolver. But, in HAM testing, this speedloader jammed and broke the first and only time that it was used! As shown in the photo below. To quote HAM tester Doug Wall’s testing notes: “The speedloader gets a 0% rating”!

Fortunately, it’s not really clear how loading shells individually into a speedloader, then using that to load the gun is really faster than loading shells directly into the cylinder. Unless you have multiple speedloaders and lots of shells, that is. The HAM testers found the speedloader unnecessary – at least for our shooting. 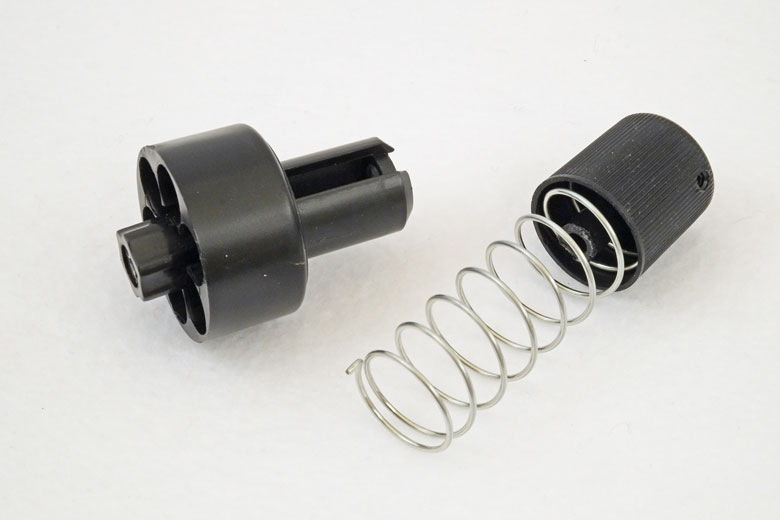 ASG provides a 90-day limited warranty with the Dan Wesson 715 6″ BB revolver. This is less than that provided by some other manufacturers. For example, Crosman provides 12 months warranty on its BB replica pistols and Gletcher gives a class-leading 18 months. However, although the 715 would be very difficult for the “average Joe” to repair, ASG does make a parts list and assembly diagram available for download on its website.

Another gripe from the HAM team concerns the user manual supplied with the Dan Wesson 715 6″ BB revolver.

On the plus side, the user manual has lots of clear illustrations. And the few words of explanation are given in English, French and Spanish.

On the down side, the HAM team found the manual somewhat confusing and incomplete. There’s no mention of how to actually cock and fire the 715, or that it can be fired either single- and double-action. The loading instructions only cover using the speedloader – which is unnecessary – and a photograph shows the shells being loaded using a BB loading tool that’s not included with the gun. 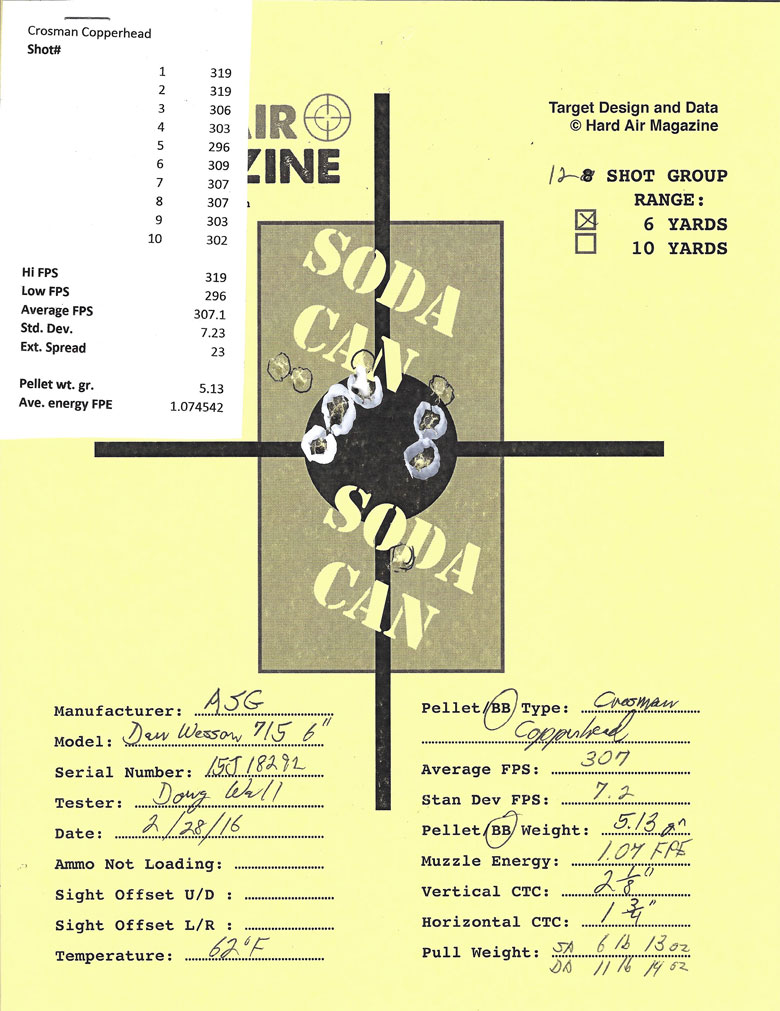 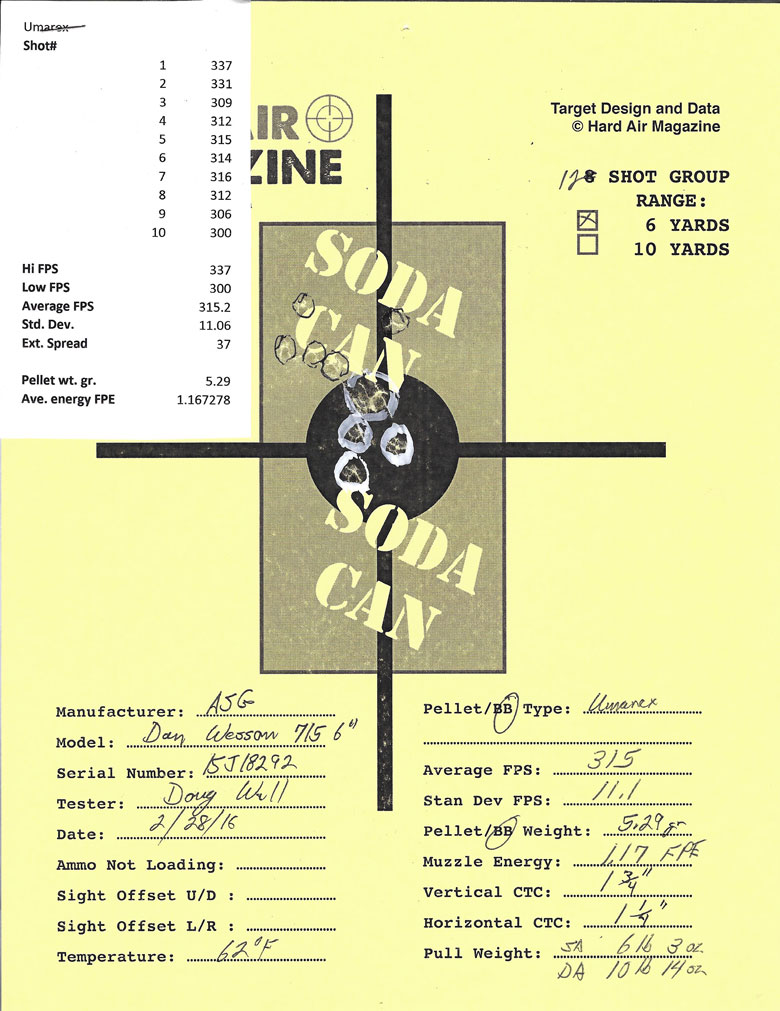 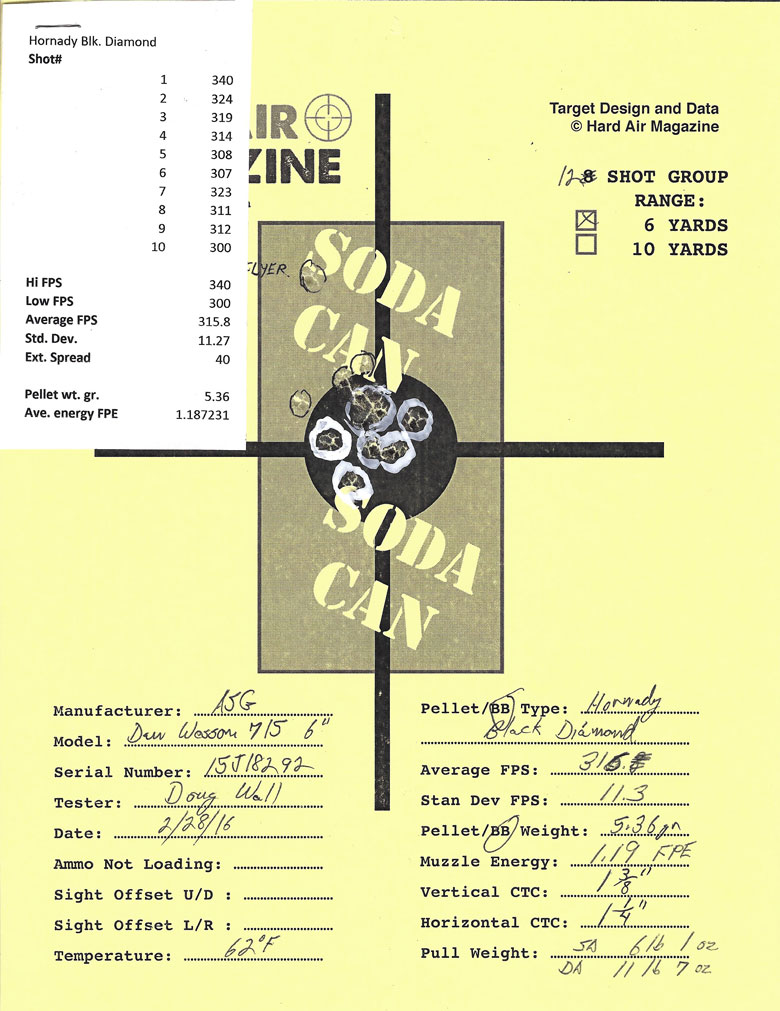 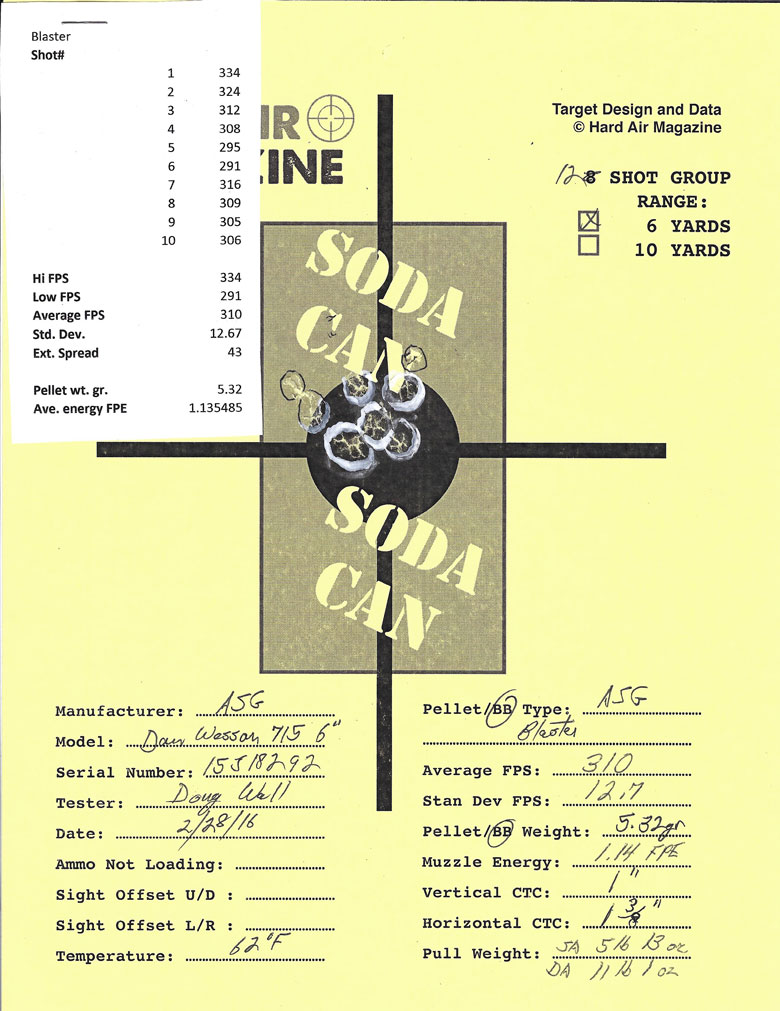 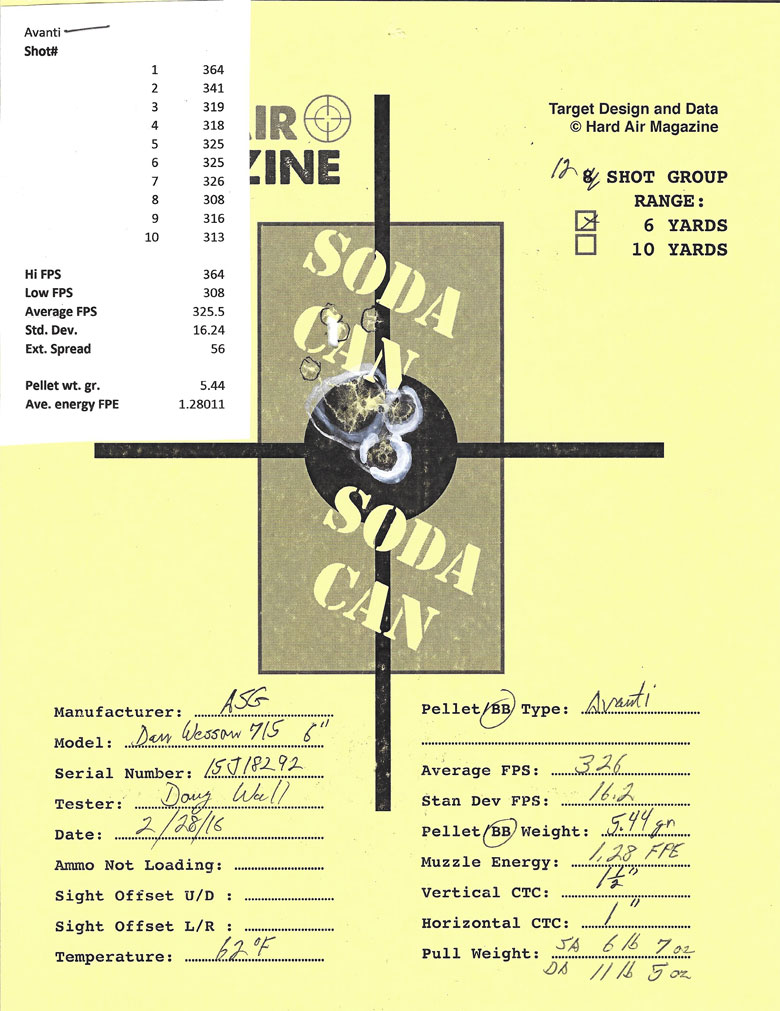 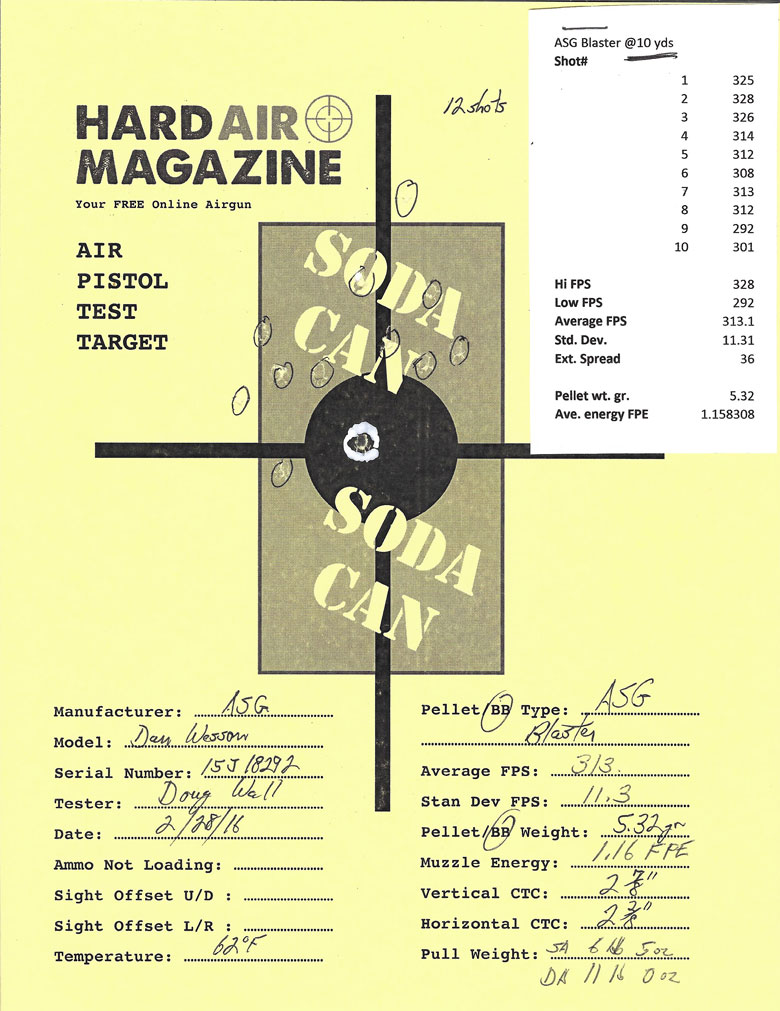