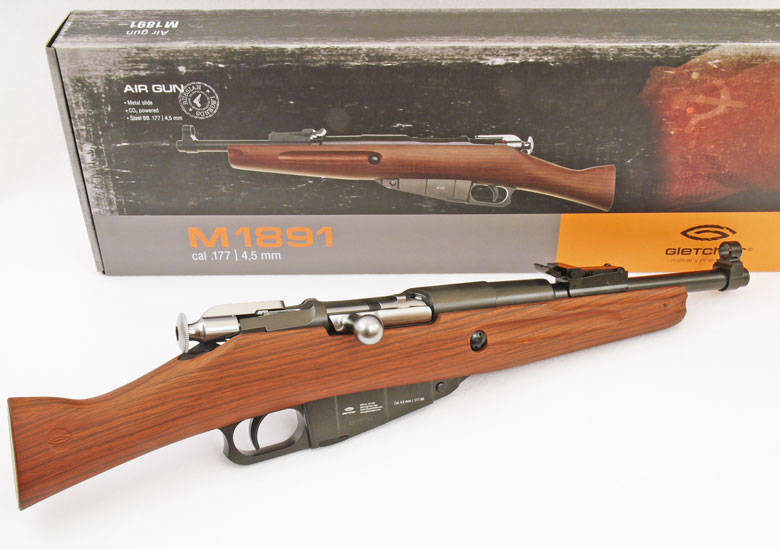 Now, hot on the heels of that, a package arrived at the HAM offices containing one of these very unusual BB-firing air pistols for us to review.

I couldn’t wait to open it and write this Gletcher M1891 air pistol review!

Long ago, I owned a beautiful Soviet 1891/30 Mosin Nagant sniper rifle (firearm). So I’m very familiar with the action and operation of this type of gun. Although – like most people – I’ve never handled a real cut down “Obrez” version of the M1891 that this replica copies.

My reaction to this Gletcher M1891 CO2 pistol is that it’s an incredibly realistic copy of the Mosin Nagant action. 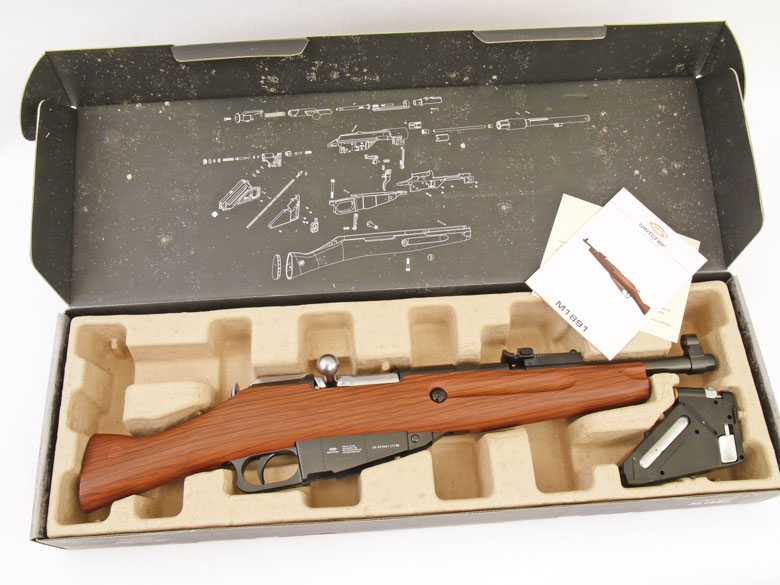 You can buy from Pyramyd Air at: Mosin Nagant M1891 Air Rifle

The Gletcher M1891 air pistol comes in beautiful packaging, complete with an exploded parts diagram on the inside cover of the box. It has a nicely-printed, well-intentioned owner’s manual in English, German and Russian.

The bolt cycles with exactly the correct, clunky feel of the M1891 action. It even has the same “clack clack” noise as the action is cycled. (if you own a Mosin Nagant firearm, you’ll know what I mean).

Like the firearm version, it’s a two-piece bolt with a separate cocking piece that flies forward with a satisfying thunk when the gun is fired. It can be rotated to safe, just like the firearm cocking piece. Note that pulling back the cocking piece cocks the bolt and – if the trigger is thenpulled – the gun will fire. But, like the firearm, no projectile will have been loaded into the breech and so the resulting shot will not fire a BB. 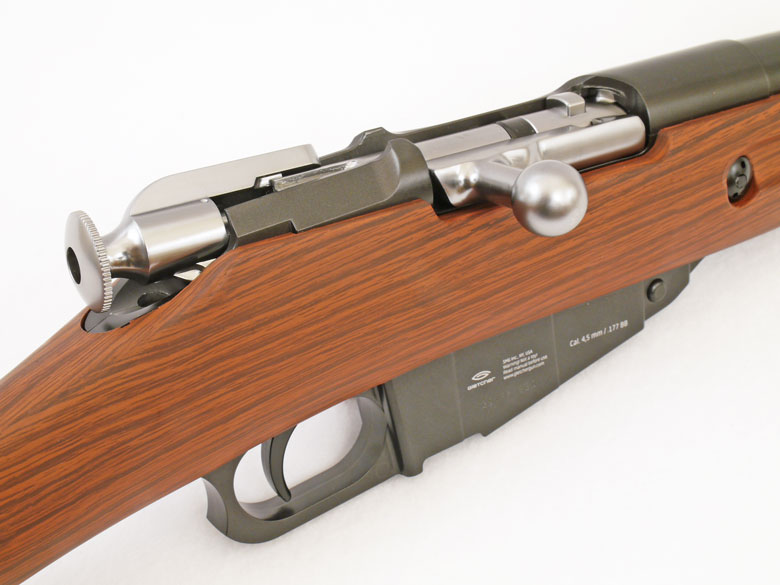 The single stage trigger feels right, too, although the pull weight on the sample reviewed by HAM was 3 lb 4 oz – somewhat less than that of most Mosin Nagant firearms.

The Gletcher M1891 bolt disassembles in almost exactly the same way as that of the original firearm, too.

BBs and CO2 are loaded into the substantial metal magazine assembly that snaps up into place in the single-stack magazine of the firearm. The magazine is released by a catch positioned just in front of the trigger guard, replicating the latch for the magazine floor plate on the firearm.

There’s an extremely realistic look, together with a very realistic weight and heft to the gun.The sample tested by HAM weighed 5 lb 13 oz, which I guess to be about right for this cut down version.

For our Gletcher M1891 CO2 pistol review, HAM loaded it with Umarex steel BBs. In the cool 60 degree F temperature of our range, the pistol showed an average muzzle velocity of 400 fps. This is close to the 427 fps claimed by the manufacturer. Of course, like all CO2-powered airguns, the M1891 CO2 pistol will shoot faster in warmer ambient temperatures, so that muzzle velocity claim will almost certainly be achieved at higher temperatures.

We experienced no jams or CO2 leaks when making this Gletcher M1891 CO2 pistol review.

Accuracy was clearly in the “minute of soda can” range that’s expected for a BB pistol. 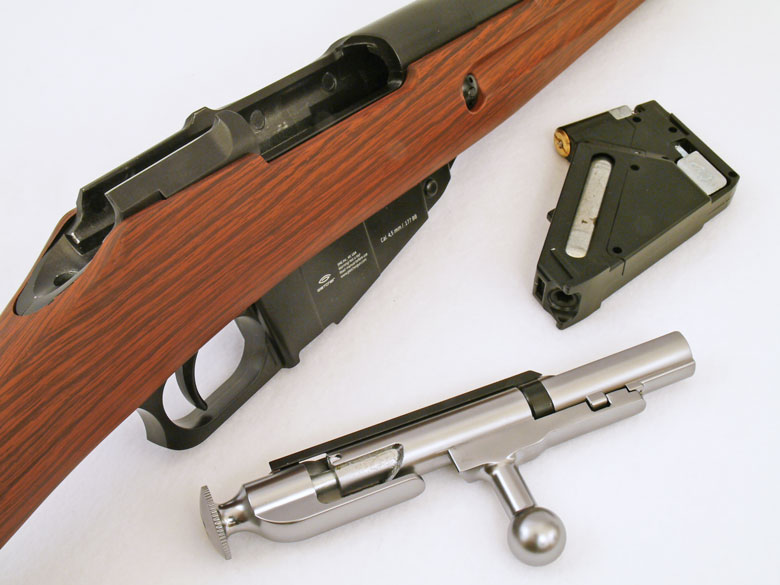 Is there anything that seemed less than completely realistic?

The plastic stock looks very realistic, but it would be just perfect if the wood pattern on the cutdown ends of the stock showed a radial “cut across the wood” pattern, instead of an “along the grain” effect.

The front sight is a single piece part, representative of 1891/30 and later-type models but without the drift adjustment for windage found on M1891-type firearms.

And although the rear sight looks to be an excellent replica of the late-model M44 carbine sight, I would have expected this Russian Civil War-era cutdown version to have the longer, older pattern rear sight.

But these are very minor gripes!

Truthfully, when making this Gletcher M1891 air pistol review, I didn’t really know how to hold the gun. For me, it’s waaaaayyyy to long and heavy to hold as a pistol, yet the cut down buttstock is too short to hold it as a rifle. In the end, I used two hands to shoot and held the gun as if there was an invisible full length rifle buttstock in place.

I acknowledge that this Gletcher M1891 air pistol review is more personal than HAM’s usual test reviews. That’s because it appealed to me so much at an emotional level. I think you’ll find the same, too.

I would really love a full length rifle version of this airgun!

You can buy from Pyramyd Air at: Mosin Nagant M1891 Air Rifle