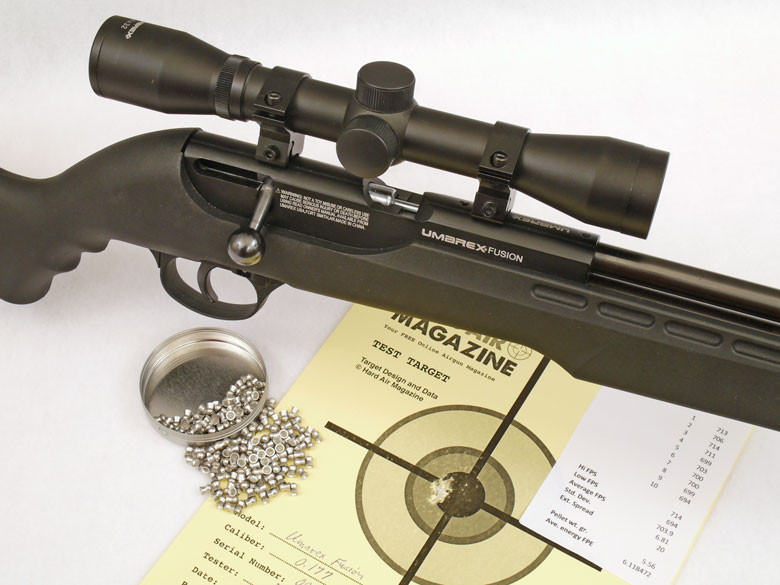 The Umarex Fusion comes very close to being an outstanding air rifle. It's quiet, accurate, easy to shoot - with a very good RateAGun score of just 5.0 - and the bolt action is much appreciated by the many firearms shooters who dislike break barrel cocking air rifles.

But sadly, it's let down by design flaws associated with the tube cap. These take away much of the joy that should be provided by this air rifle. Yes, it's possible to buy an aftermarket tube cap that mitigates these issues, but why should you have to do this?

Combined with a high Street Price, it's tough to see this airgun appealing to a broad range of shooters. That's very unfortunate as the Fusion could have much to offer with a little more development.

If there could be a "Fusion 2.0" with these obvious issues resolved, Umarex would have a great product that would make many plinkers and target shooters very happy.

The HAM Team is looking forward to a "Fusion 2.0". We hope Umarex is working on it...

At a Street Price of $170, it’s difficult to see the Umarex Fusion as good value for money. Particularly given the issues to be covered in the Buying and Owning section of this test, below.

At this price, it faces competition from many “sexier” air rifles with higher specifications. The Fusion is a specialist type of product and it’s to be imagined that production volumes are relatively low, leading to high manufacturing costs. That translates into a higher Street Price…

Here’s the muzzle velocity and muzzle energy results from the HAM tests of the Umarex Fusion air rifle at 65 degrees F.

But muzzle velocity is a more complicated question for CO2-powered airguns – of any type – than is the case for spring/piston, gas ram or PCPs.

This increase in muzzle velocity doesn’t continue indefinitely, however. At around 95 degrees F the increasing pressure causes “valve lock” in the gun and muzzle velocity falls rapidly. So somewhere around 90 degrees F is usually a maximum shooting temperature for CO2-powered airguns.

(If your CO2-powered airgun does suffer valve lock, simply take it to a cooler place. As the gun cools down, so the pressure of the CO2 will reduce and the gun will shoot normally again).

The Fusion gave about 50 consistent shots from each pair of 12 Gram Powerlets before the muzzle velocity fell enough to cause vertical stringing on the target. This is in line with expectations and experience with other CO2-powered air rifles. Be prepared to change Powerlets after about 50 shots with the Umarex Fusion air rifle.

The single stage trigger has a fair amount of creep, but let off is quite consistent. The pull weight of the Fusion tested by HAM gave an average of 2 lb 13 oz, a low figure that helps achieve accurate shooting.

Actually, the trigger assembly provides setscrew adjustment for pull weight and sear engagement, meaning that trigger performance can be further improved by a knowledgeable owner. There’s also provision for an overtravel setscrew, although the hole is there and tapped for the screw, none is fitted. BUT – and it’s a big BUT – access to trigger adjustments requires some dis-assembly of the Fusion and so most shooters will never benefit from this capability due to lack of knowledge and concern over invalidating their warranty.

Cocking effort is fairly high for a bolt action. But it’s much less effort than is required to cock most spring/piston or gas ram air rifles!

The Fusion’s action is cocked on opening and so the effort of compressing the hammer spring is felt when pulling the bolt handle back. The large size of the bolt handle knob is obviously designed to reduce the feel of this effort. Pushing forward after loading a pellet is very easy, however.

Umarex claims a maximum muzzle velocity of 750 fps with alloy pellets and 750 fps with lead. No temperature is specified for these claims, but it’s clear that these claims are met – or exceeded – by the Fusion.

Umarex also claims that the Fusion is “incredibly quiet”.

It’s notoriously difficult to measure and compare sound levels, but HAM certainly agrees that the Umarex Fusion air rifle is quiet. Probably not as quiet as a Benjamin Marauder rifle, but nonetheless much less loud than the same air rifle would be without Umarex’s “Silencair” noise dampener.

Accuracy was good or better with 5 out of the 7 standard HAM test pellets, so the Fusion can’t be considered particularly pellet picky.

Consistency of trigger pull was excellent. There was a maximum of 6 oz variation in the trigger pulls measured, while 4 out of the 7 tests gave the same value – 2 lb 12 oz. This is the best trigger pull consistency measured by HAM to date!

Doug found that the Fusion gave 54 shots on one set of 12 Gram CO2 Powerlets before muzzle velocity dropped below 600 fps when using Crosman Premier Hollow Point pellets. This compares to the 10-shot string average of 654 fps.

In practical terms, this means that users can expect around 50 “good” shots from the Fusion at most normal plinking ranges before the point of impact starts to fall noticeably. This compares favorably with other air rifles using the same power supply.

The Umarex Fusion air rifle is a scope only model. There’s no open sights but a 4 x 32 scope and rings are bundled with the air rifle, to be mounted by the customer.

HAM tester Doug Wall carefully unscrewed the outer ring of the scope and then turn the front lens mount until sharpness at closer range range was improved. He then screw the outer ring back into place. It’s a sort of “one time AO”. 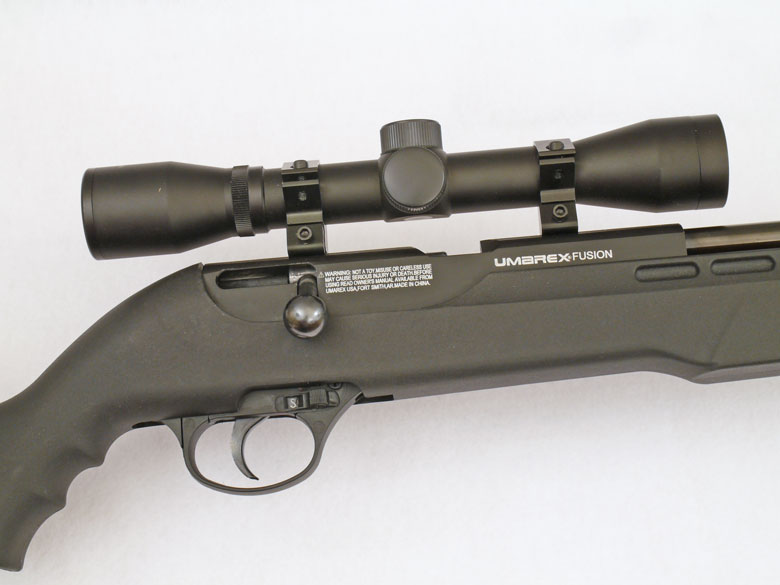 As a small, light air rifle with no recoil, the Umarex Fusion is easy to shoot accurately. That’s why it earns an excellent RateAGun score of 5.0.

Unfortunately, pellet loading can be finicky. It’s too easy for the pellet to roll out of the shallow loading tray and drop out of the gun. Taking a little care here and cultivate a technique so that not too many pellets end up on the ground.

The tube cap is very complicated and unintuitive to use. The overall design concept of this component is great, as it includes a degassing capability. All CO2-powered airguns need a way to remove the remaining C02 from the gun after its pressure has become too low for continued shooting.  This degassing capability avoids the Fusion from having to be “shot down” once the CO2 pressure becomes low. This is good, but unfortunately the execution of the idea has resulted in a complicated tube cap design. You’ll need to read the instructions thoroughly to use this!

HAM tester Doug Wall found the black synthetic stock to be reasonably stylish and the finish of metal parts good. The overall effect is very monotone, but the “black rifle look” is highly popular and the Fusion matches that look.

The Fusion is not easy to find. You’re unlikely to walk in to a sporting goods store and find it on the shelf. The overwhelming majority of Umarex Fusion air rifles are being sold by online Internet stores.

Packaging is adequate, with more than the usual amount of white foam at this price point to protect the gun in shipping before it gets to you. The written instructions supplied are adequate, too.

Umarex USA requires the user not only to pay for shipping back to them for any warranty repair work, but also requires a prepayment of no less than $21.95 to cover shipping and handling for the return of the gun to you. As that could mean you have to pay a total of around $40.00 in shipping charges for warranty work on the air rifle you purchased, it’s clear that you have to be convinced something’s wrong before taking up any warranty coverage.

However, Umarex USA does have spare parts available via their Service Department in Fort Smith AR and knowledgeable airgunners will be pleased to know this for the long term servicability of their Fusion.

There’s a fundamental design flaw in the Fusion that causes endless problems with the tube cap. Not only does it loose pressure overnight if left with gas in the gun, but the orange tube cap O ring absorbs CO2 and balloons out to a huge size once the tube cap is removed. It’s then necessary to let this O ring to return to its normal size before the tube cap can be reinstalled on the gun.

This is probably the reason – more than safety – that the Umarex instruction manual strongly suggests that the Fusion should be emptied of gas after every shooting session.

The orange O ring also blisters and cracks when subjected to CO2 pressure. This causes the O ring to leak gas even more. Look closely and you can see this in the photo below.

It’s true that an aftermarket tube cap and alternative O rings are available to overcome – or at least minimize – these issues from Archer Airguns, but it’s not easy to understand how the Umarex Fusion made it into production with such obvious issues. (Full disclosure, Archer Airguns owns Hard Air Magazine). 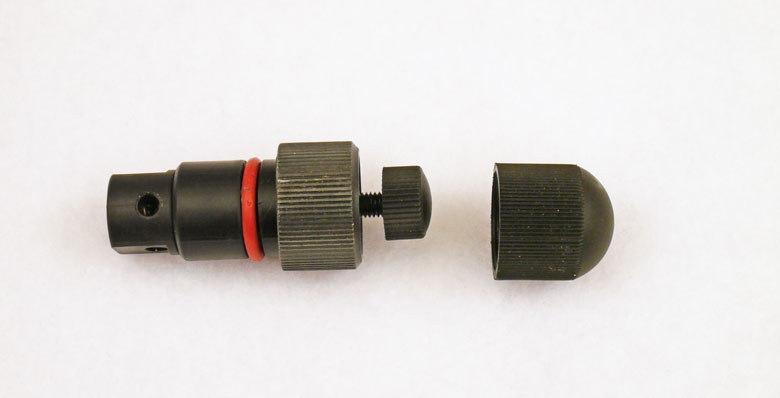 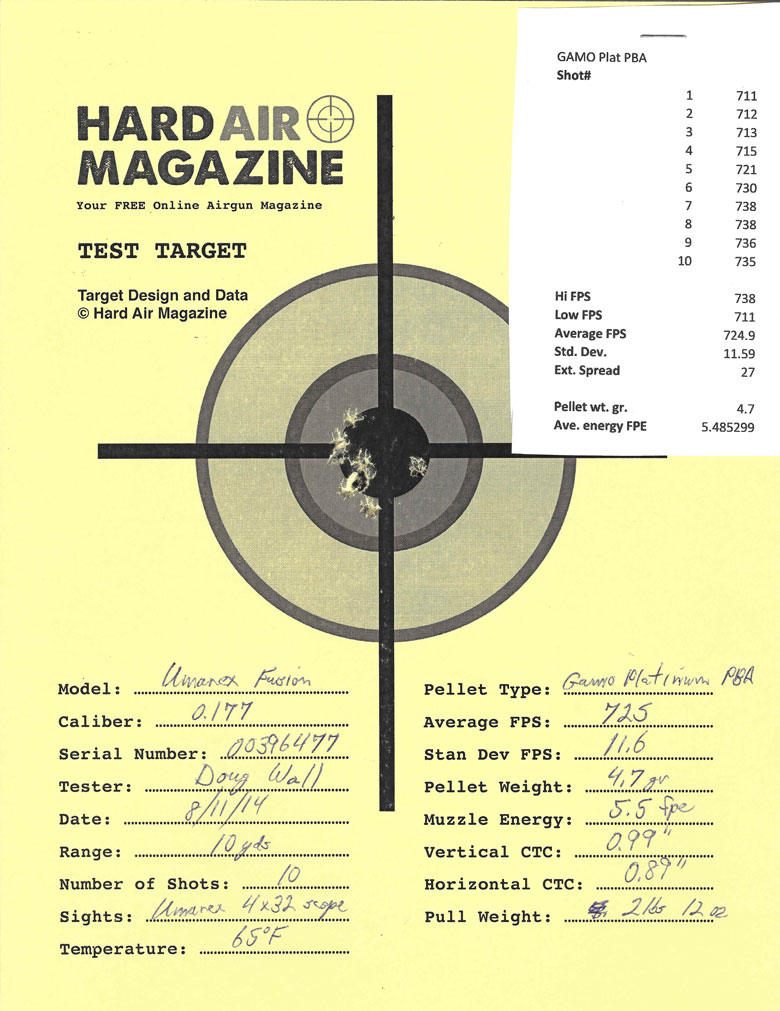 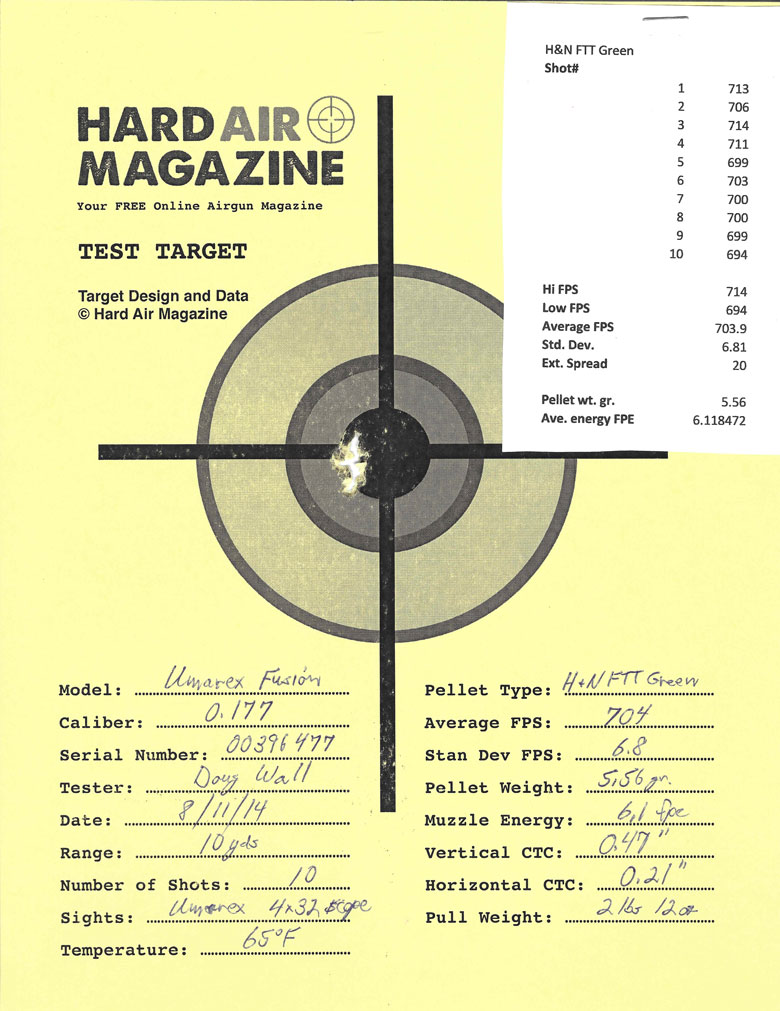 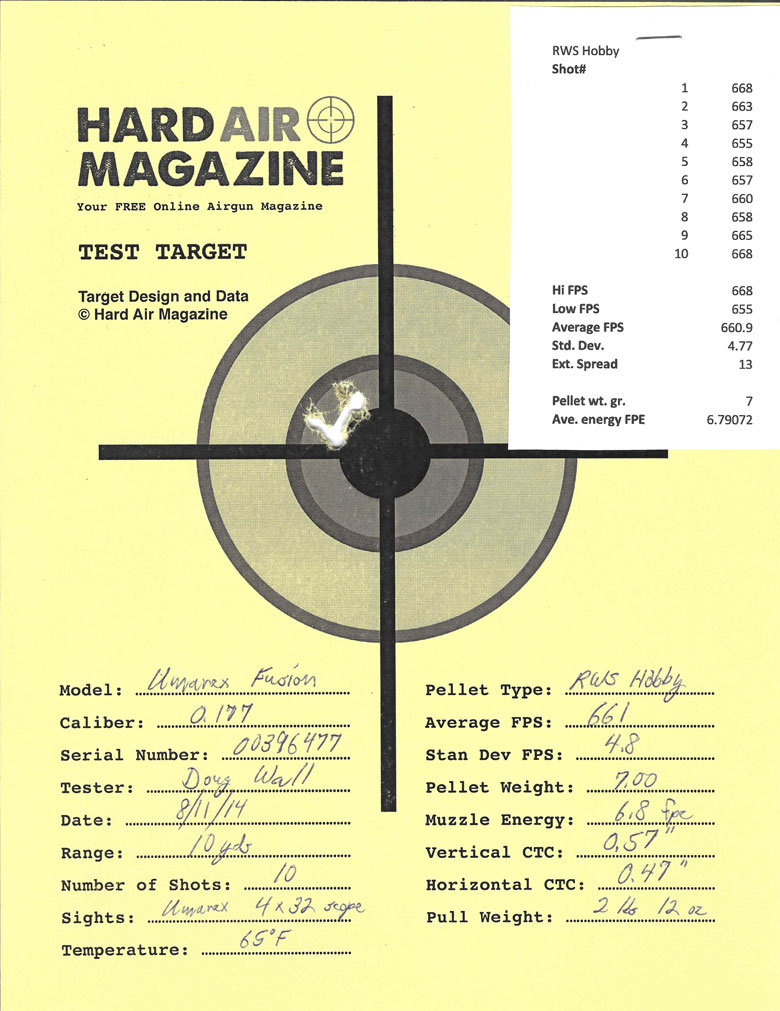 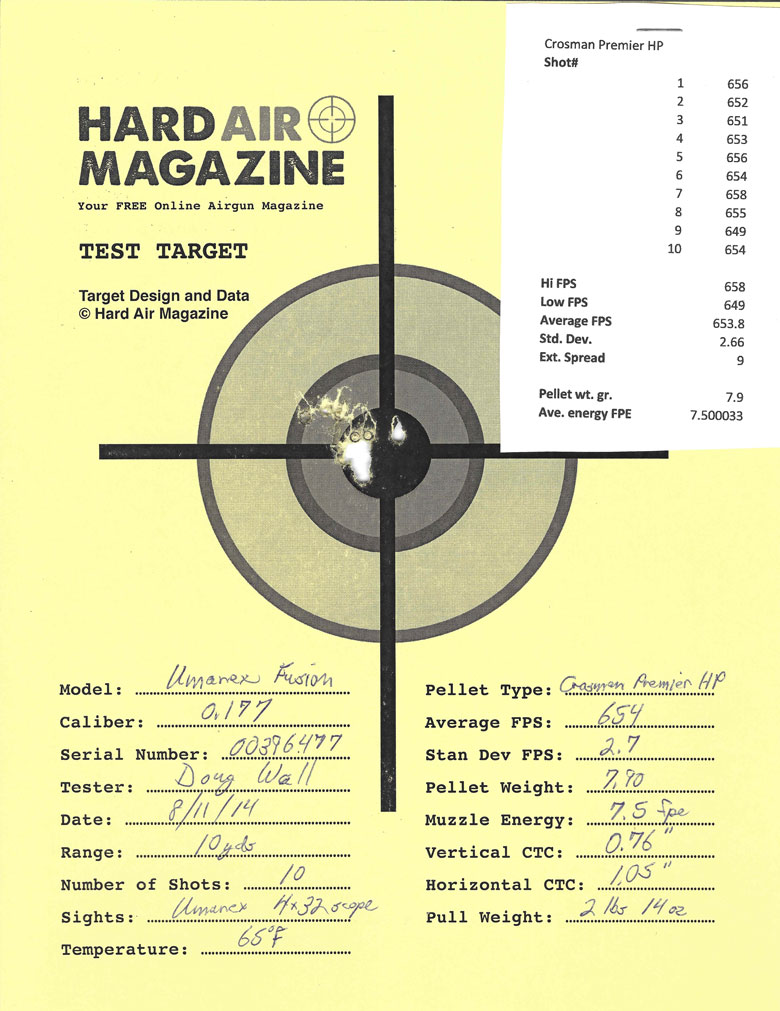 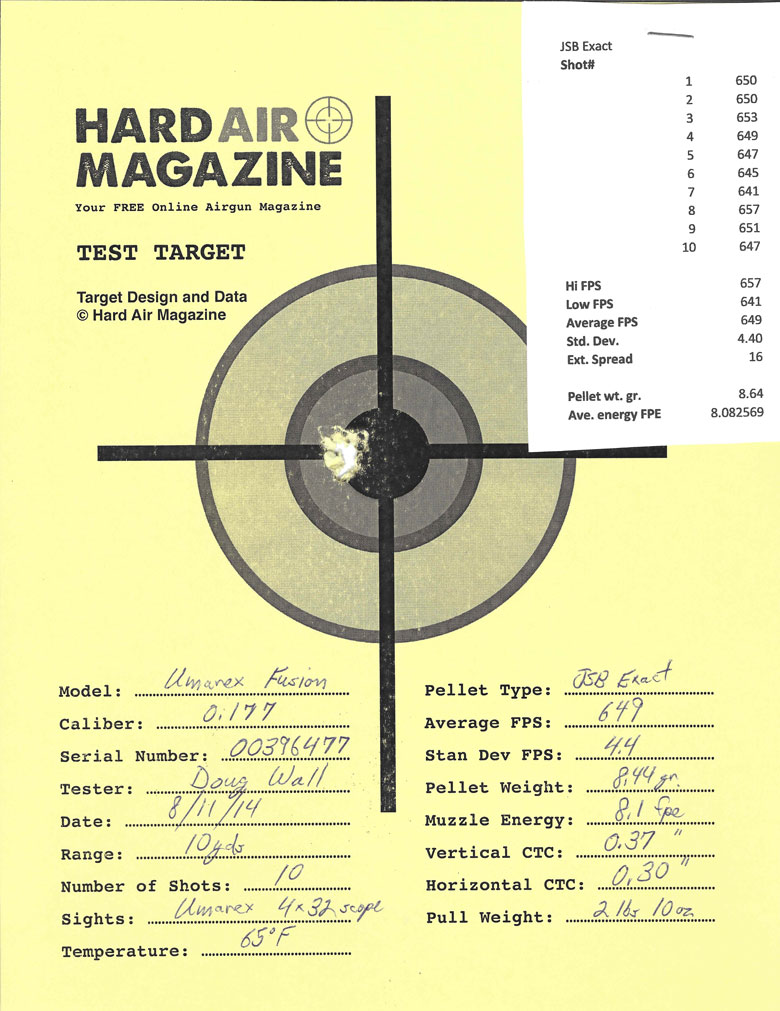 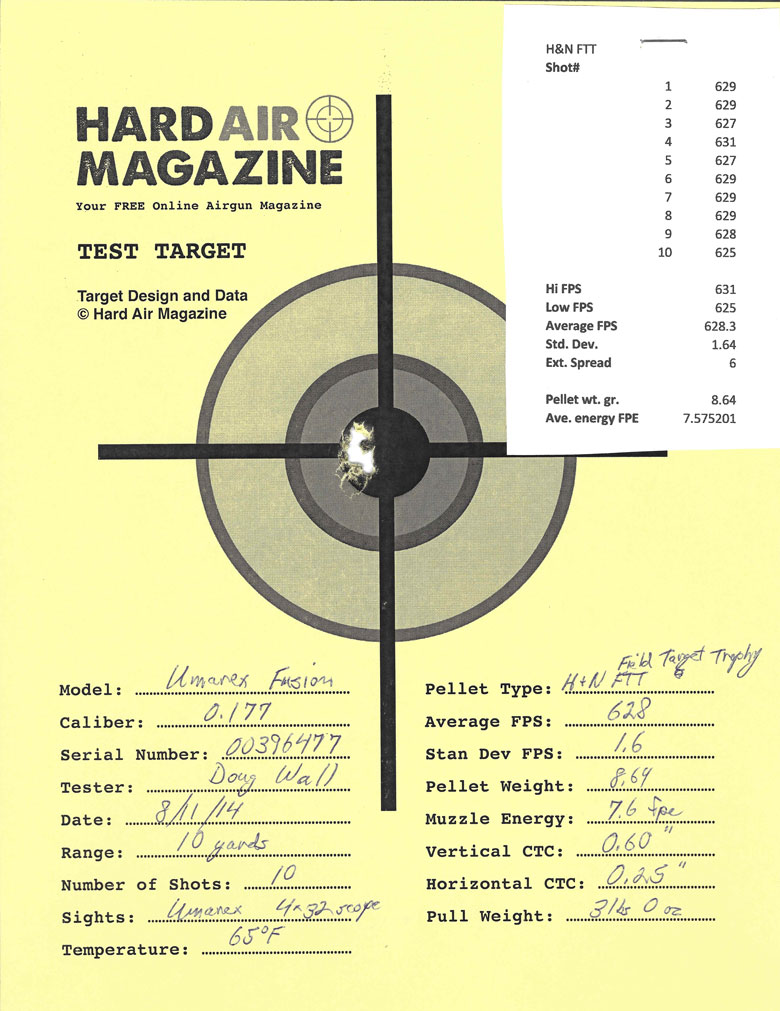 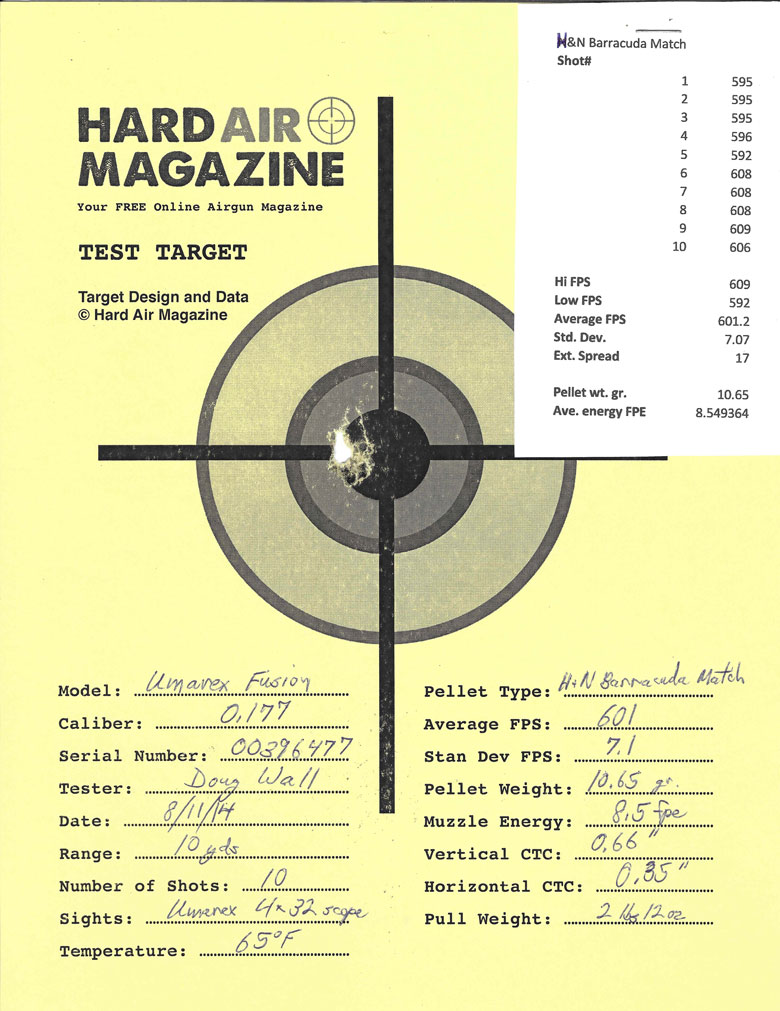