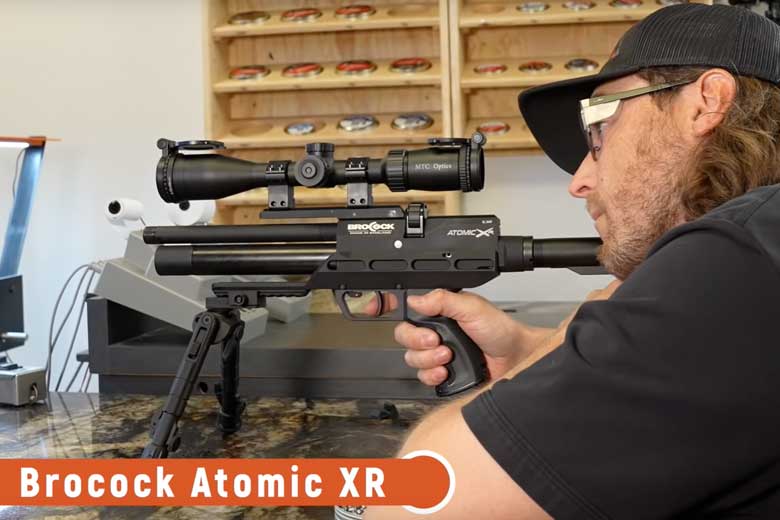 AoA’s Jared Clark takes through the virtues of this new pistol from Brocock. That is, a pistol with ultra-compact carbine conversion capability. 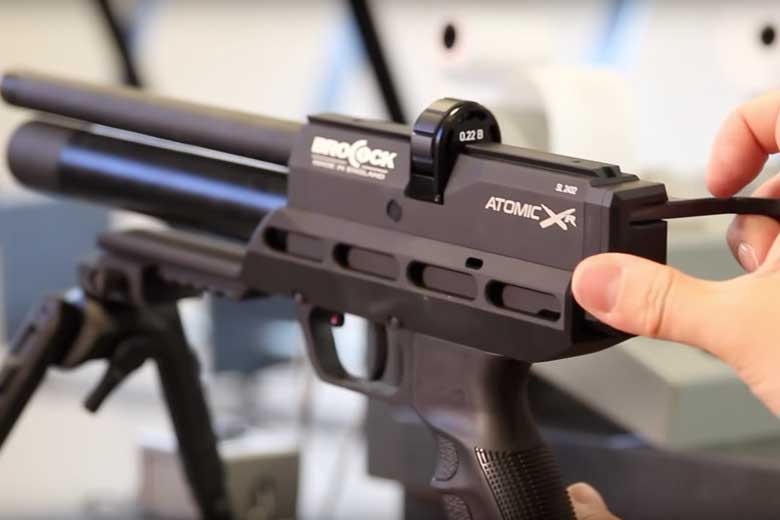 As well as covering the product features in detail, Jared demonstrates shot strings for the Atomic XR in both high and low power modes – in .22 caliber.

In low power mode, the Atomic produces more than 100 shots consistent per fill of HPA. With a Muzzle Velocity of 300 FPS, that equates to 4 Ft/Lbs of power. using the same 15.9 Grain pellets. (The shot count climbs to over 120 on low power in .177 caliber).

Jessica from Iguana Solutions also tries-out the Atomic on the range in this Brocock Atomic video review and seems delighted with it! 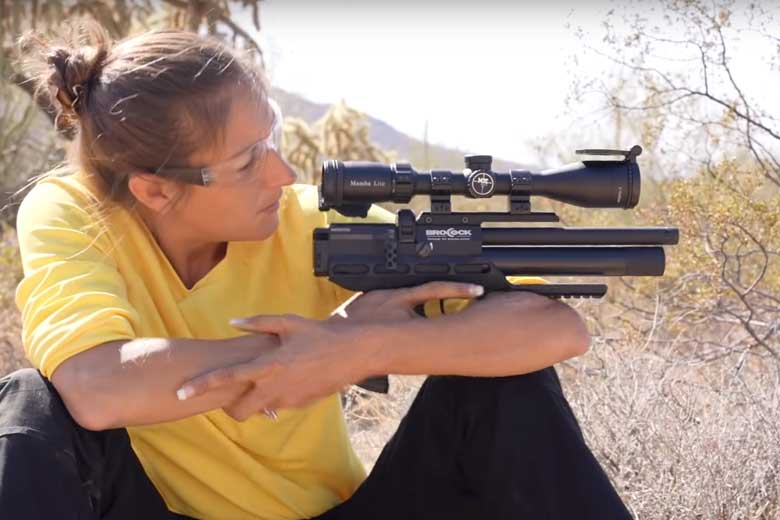 As with other models in the Brocock XR range, the Atomic has sidelever cocking, a Lothar Walther barrel and Huma regulator.

But in this case, the pistol is just 14.5 Inches long and weighs 4 Lbs. There’s also two power adjusters. One is in the usual side position, controlling the transfer port aperture. The other added by the US importers at the rear of the action: it adjusts the hammer spring tension. 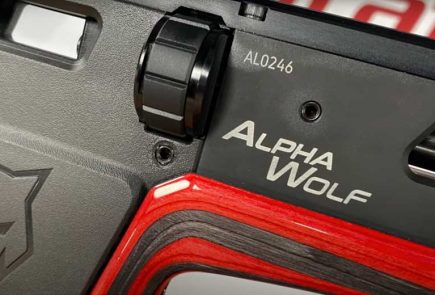