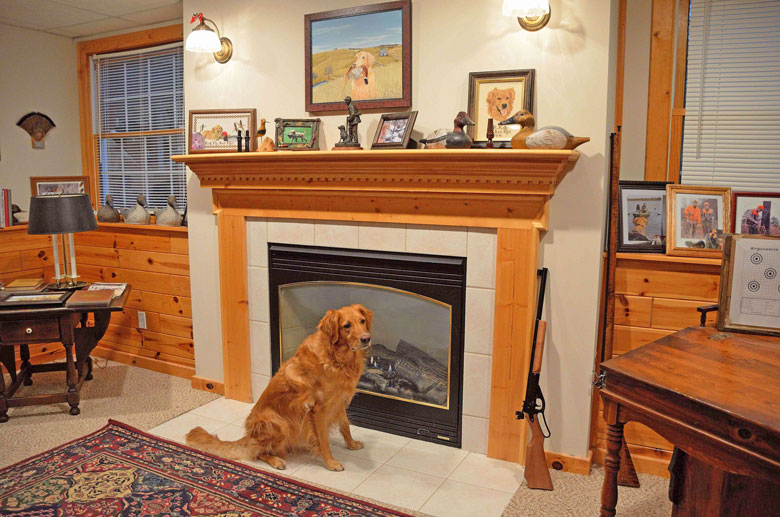 Dubbed “The most accurate BB gun in the world”, the  Daisy Model 499B Champion BB Gun has been the choice of thousands of youngsters in BB Gun competition. But is it? That’s what we’ll find out in this story…

Recently I had the pleasure of reviewing Daisy’s Avanti 753 Match Target Air Rifle. That gun is intended for youth 16 years of age and older who have expressed an interest in competitive air gun shooting. Accuracy, performance and appearance were all that I could have asked for!

But for younger shooters who have barely outgrown their Daisy Red Ryder Carbine, or their Model 25 pump, Daisy has another gun which is more appropriate for budding target shooters just entering the teen age years. It’s the  Daisy Model 499B Champion BB Gun. 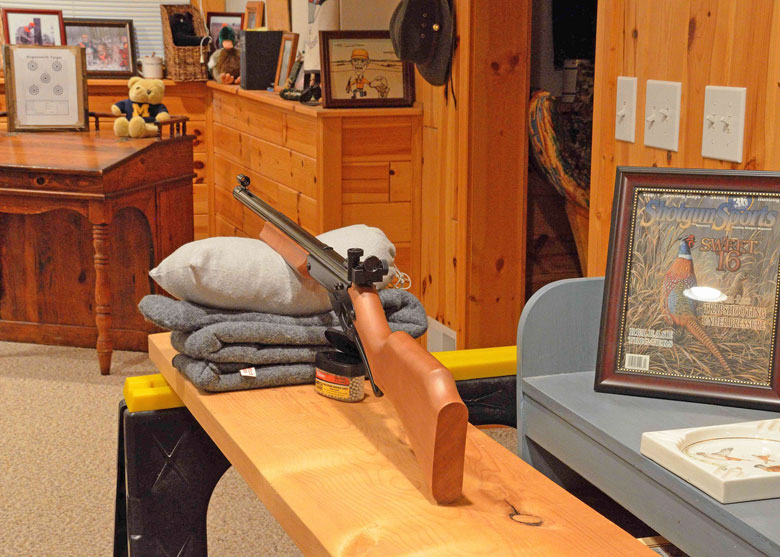 At first blush, it appears to be an upgraded Red Ryder Carbine. When I took it out of the shipping carton, I was amazed at how closely it resembled Old Blue residing in my gun cabinet. I wondered, frankly, how Daisy could sell this gun for $149.00, given the fact that you can buy a Red Ryder at Pyramyd Air or Air Gun Depot for a small fraction of the price.

So let’s take a look at the  Daisy Model 499B Champion BB Gun and see how it differs in build and performance from the Red Ryder Carbine I grew up with as a kid.

The 499B has an elevated Monte Carlo comb to accommodate the higher sighting plane required with the Daisy Peep Sight. Additionally, both the forend and butt stock on the  Daisy Model 499B Champion BB Gun are more substantial than the wood stocks on the Model 1938. 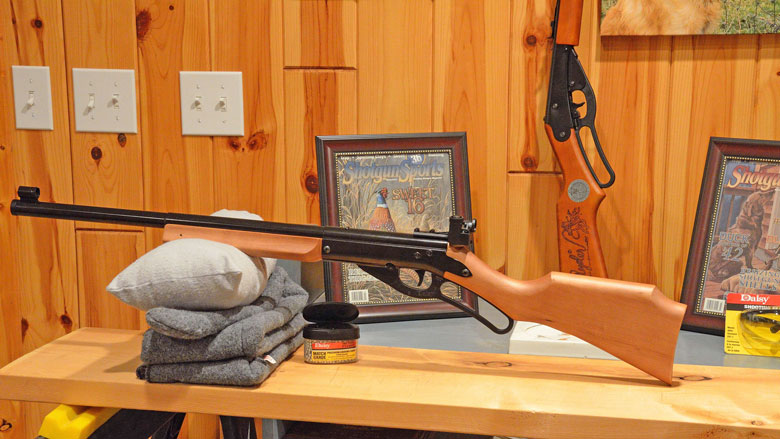 In total, the 499 B target gun – at 3 ¼ Lbs – weighs ¾ Lbs more than my Daisy Red Ryder (2.5 Lbs). The extra heft would make the gun more stable for a beginning off-hand target shooter.

Ease of cocking was a BIG surprise. While I didn’t actually measure the cocking effort, I’d have to guess that the effort to cock the  Daisy Model 499B Champion BB Gun is less than half the effort required to cock the Red Ryder.

The Daisy website rates the muzzle velocity of the 499B at around 240 FPS, compared to about 350 FPS for the Ryder model. So the lower cocking effort is in keeping with the effort required to compress the lighter propulsion spring.

Trigger pull was another big surprise. I’ve always found my Red Ryder carbine difficult to shoot accurately off-hand. The trigger is stiff with a LONG let off. 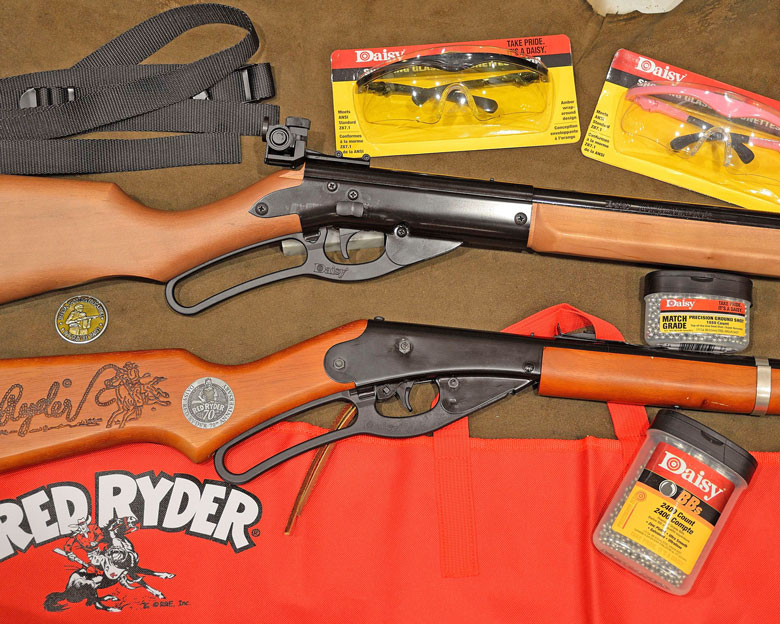 By comparison, the trigger in the  Daisy Model 499B Champion BB Gun is single stage and light. The sear break is easy to anticipate. You’ll like it !

Loading and firing the 499B. As you may have already surmised by the low velocity, the  Daisy Model 499B Champion BB Gun is exclusively a target gun. Many of my BBs stuck in the corrugated cardboard box backing I use in my Air Venturi Quiet Pellet Trap.

But the gun wasn’t built to kill game or even crunch soda cans… it is strictly a muzzle-loading, single shot target gun.

The single shot loading instructions are printed right on the 499B’s barrel!

Put the gun on SAFE. (Yes, unlike the Lever Action Carbines, the 499 comes equipped with a very convenient and positive safety).
Cock the lever.
Drop a single BB in the oversized muzzle port.
Point the gun safely downrange.
Take the Safety off. If you listen closely, you’ll hear the BB slide down the barrel and hear it being engaged by a magnetic stop. Shoot your target!

Accuracy. Performance is the name of the game with the  Daisy Model 499B Champion BB Gun. 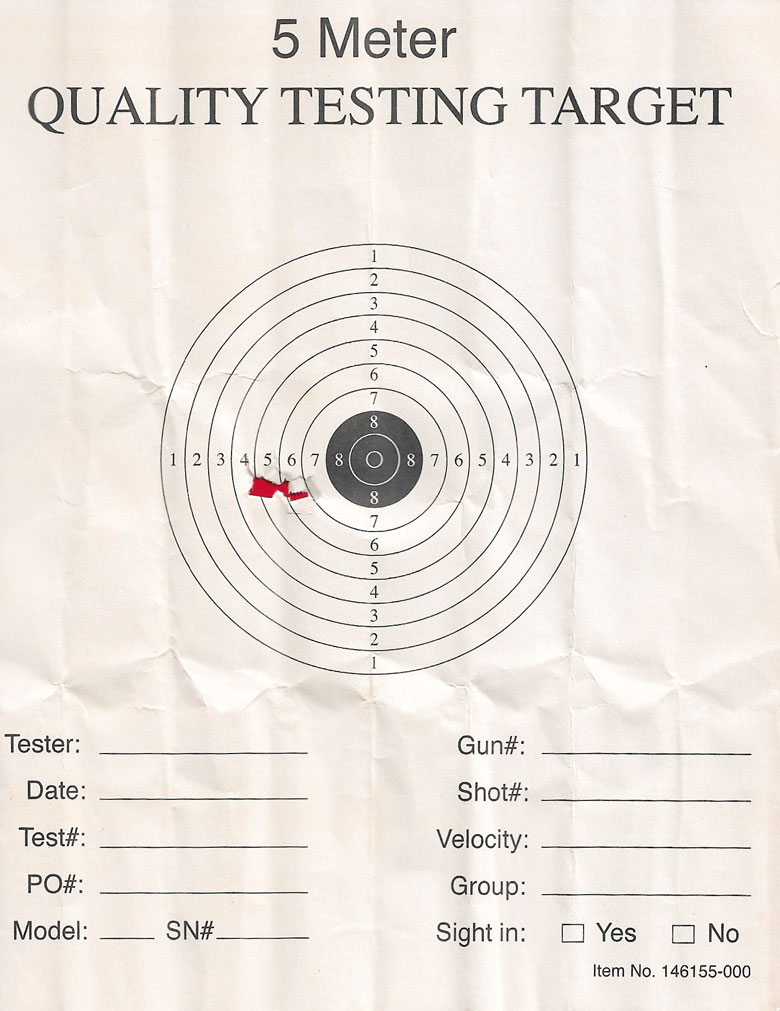 I have to admit that measuring group sizes of BB targets is a bit tricky, and it is easy to get fooled. The target paper rips away as the BB pierces the paper at low velocity. This makes identifying the exact center of the point of impact a challenge when multiple shots have struck the same area.
Turning the target over and looking at it from the back can sometimes offer additional clues when measuring group size.

Ammunition: Daisy tells us that the gun should be shot with their BEST GRADE Precision Ground shot, so that is what we used.

I shot five, 3 shot groups at a measured 5 Yards in my Sportsman’s Room, then calculated the average of the groups. The largest was 0.45 Inch, and the smallest was a miniscule 0.12 Inch. 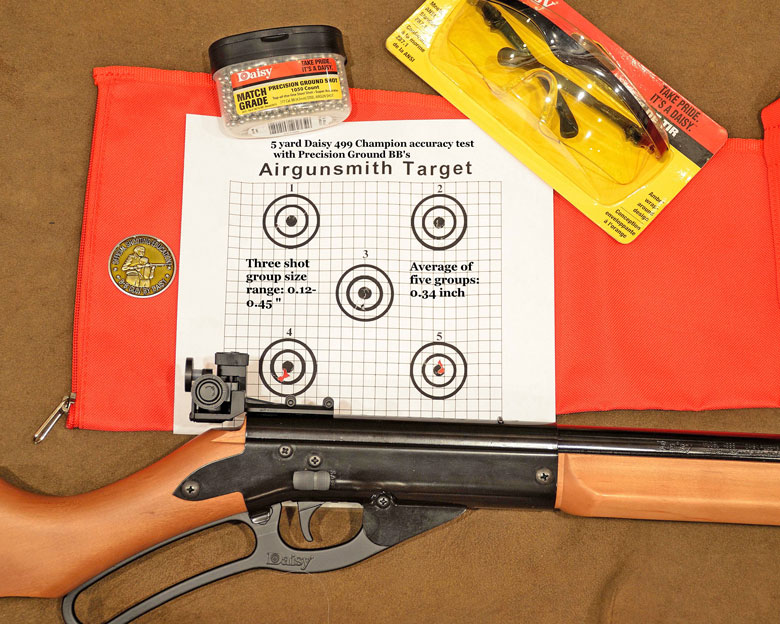 Then I decided to compare accuracy with my Daisy Red Ryder Carbine, so I shot four, 3 shot groups at the same 5 Yard distance. Both guns were fired with the Precision Ground shot. I also tried the standard Daisy Premium Grade, Zinc plated BBs you find at Walmart.

As you might guess, the custom barrel in the  Daisy Model 499B Champion BB Gun is a cut above the mass produced barrels in Daisy’s lower priced lever action carbines. 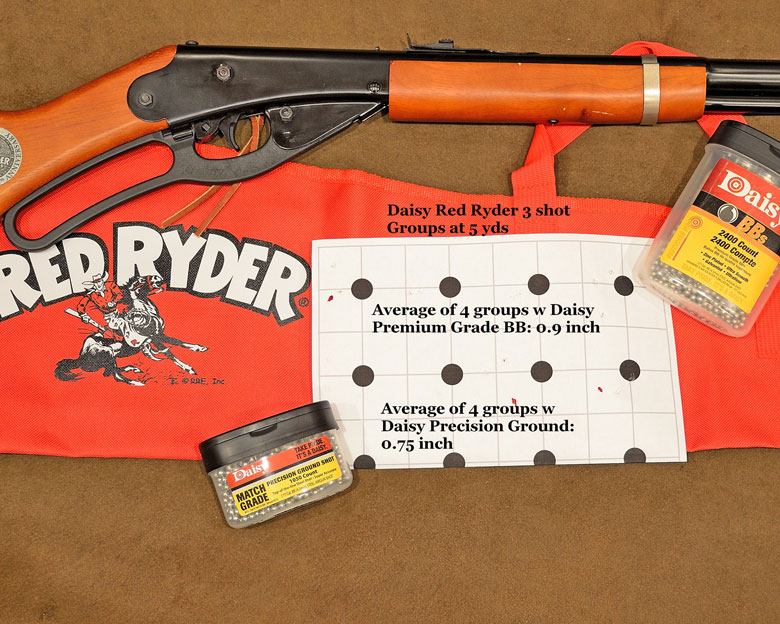 The Sights. Last, but not least, are the custom target sights provided with the 499B.

Like the 753 Avanti Match Target Rifle, the  Daisy Model 499B Champion BB Gun comes with a globe front sight. Additional inserts are supplied, making it possible to customize the sight picture to the size of the bullseye.

And like the 753 Avanti, the 499 comes equipped with a nicely made Aperture Rear Sight.

This is not the same sight Daisy supplies with the 753, so I was anxious to see if the precision micro-adjustment feature is as accurate in Daisy’s 5899 Receiver Sight. 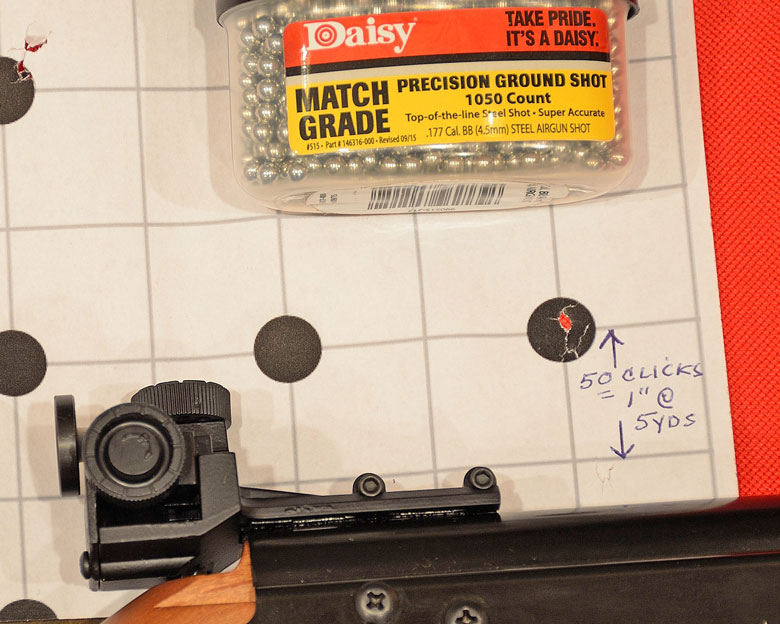 I shot a bullseye at 5 yards, then cranked the elevation adjustment DOWN 50 clicks and executed a second shot. The two shots were spaced EXACTLY one Inch apart, making the adjustment equation: 50 clicks = one Inch at 5 Yards.

I then cranked it back up 53 clicks, and BULLSEYE! The shot went nearly into the same hole as the initial shot. Why 53 clicks, you ask?

There is a small amount of play in the adjustment threads, so Daisy advises users of the 5899 Receiver Sight to add three clicks to any adjustment calculation which is reversed from a previous adjustment.

To summarize: The Daisy Model 499B Champion BB Gun is one fine target gun for the price. And it definitely is NOT an overgrown Red Ryder Carbine.

Daisy has clearly put a lot of thought into the engineering of this gun to make it a precision target instrument. And safety, which should be at the top of everyone’s list, was top priority. I’ll just bet this is another Daisy product which will be handed down from one generation to the next.