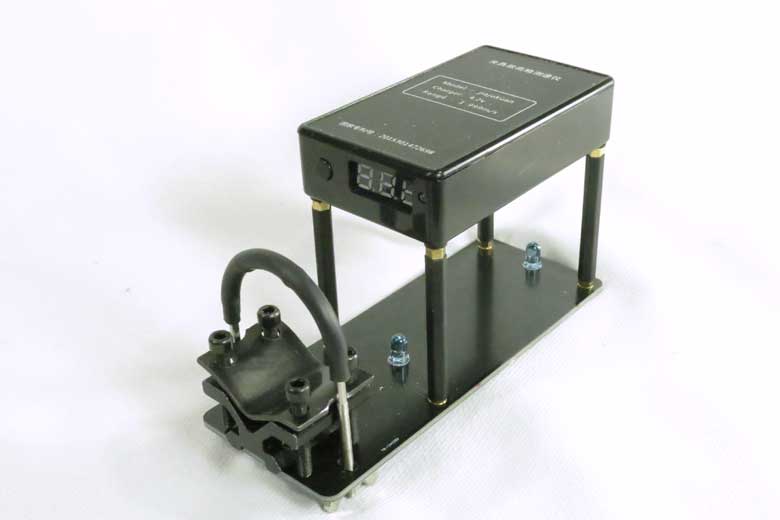 Recently, HAM Tester Doug Wall purchased a low cost chronograph. It was a really low cost unit – like around $30 low cost! But the results turned-out to be surprisingly good, as Doug describes below…

A great number of airgun enthusiasts like to check the velocity of their airguns, both for tuning, and to confirm that the guns are working correctly. Most chronographs out on the market are relatively expensive, and bulky.

One recent exception to the bulky part of this is the FX Radar Pocket Wireless Chronograph. At about 5 ounces, it’s a very nice, accurate addition to the market. The fact that it’s a radar chronograph also mitigates the lighting issues that can sometimes plague chronograph owners.

However, this low cost Chinese chronograph presents another possibility for shooters who want something convenient to take out in the field. The fact that it only costs about $30 on Ebay or Amazon (some vendors are US-based) helps with the cost side, too! 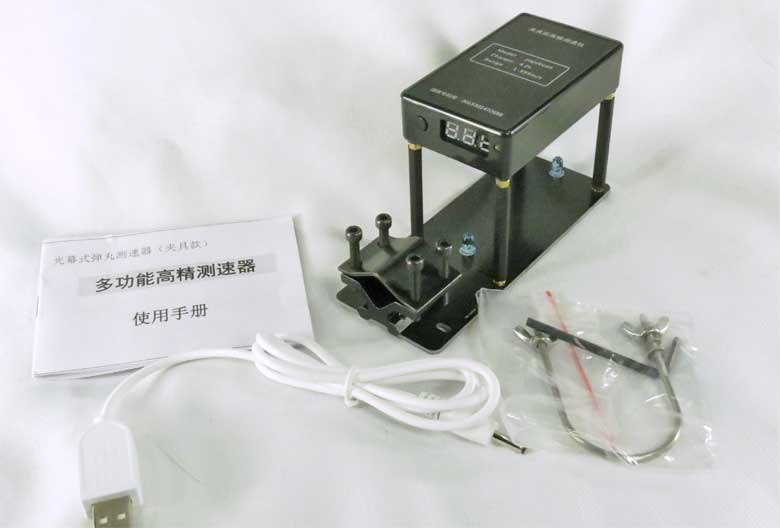 What seems to be the identical product is advertised by multiple vendors on Amazon and Ebay. It’s branded as “aikeec” by at least one Amazon seller, although the product photo shows Jiajukan on the unit. There’s also a 13-digit number (product code?) that’s the same on my unit as in the Amazon product photos. They just have to be the same!

The chronograph has a built in rechargeable battery that is charged with a supplied USB cable. The USB end of the cable has in LED indicator in the plug that glows red when charging, and green when charged.

Also included in the package is an Allen wrench to fit the clamp screws, and a small manual that is in Chinese only.

There are indications that this chronograph can also output Joules of energy, and record a 40 shot string. But without English-language instructions, it’s a bit of a puzzle on how to do that.

However the Amazon vendor provides what looks like a translation of some instructions on their web page for the product so we’ll provide a link to this below.

The bottom plate of the chronograph is actually a circuit board that holds two IR LEDs. The support posts feed power from the main unit down to the bottom board.

There are two rows of sensors (4 each), on the lower side of the main unit, that actually sense the pellet passing. The fact that the light source is on the bottom should help prevent interference from other lights. 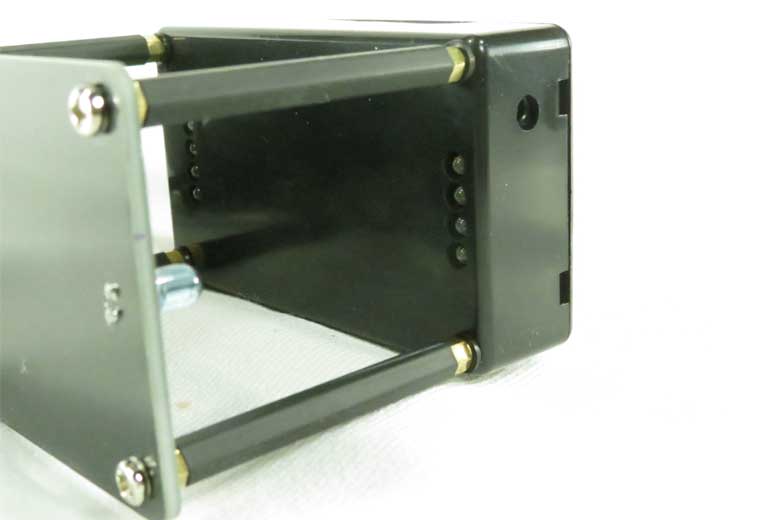 The chronograph can be mounted to the barrel of the gun, or, the barrel can be just rested on the mounting block.

Smaller barrels can be clamped in the attached V block with the top plate and 4 Allen screws (minimum size about ½ Inches, maximum size 1 Inch). For small barrel sizes, the screws will be too long.

Larger barrels/shrouds will sit in the bottom of the V block, and be held by the included U bolt. It can accommodate shrouds up to 1 3/8 Inches (35mm) diameter.

The designer in me found three things to improve…

The first is to add some shrink tube to the U bolt to protect the shroud finish.

Second is that the top plate on the V block is a tiny bit too long. It prevents putting the U bolt in if the plate is in place. A small notch in each end of the plate took care of that.

Third could be an issue if you were just resting the barrel on the V block when shooting. It wouldn’t take too much of a downward angle to shoot out the back IR LED.

To prevent this, I added a small “ramp” of ½ In. thick polycarbonate plastic, about ¾ In. wide, painted flat black, and attached with double sided tape, to shield the LED. Any downward angling shots would glance off of the plastic, and not hit the LED. 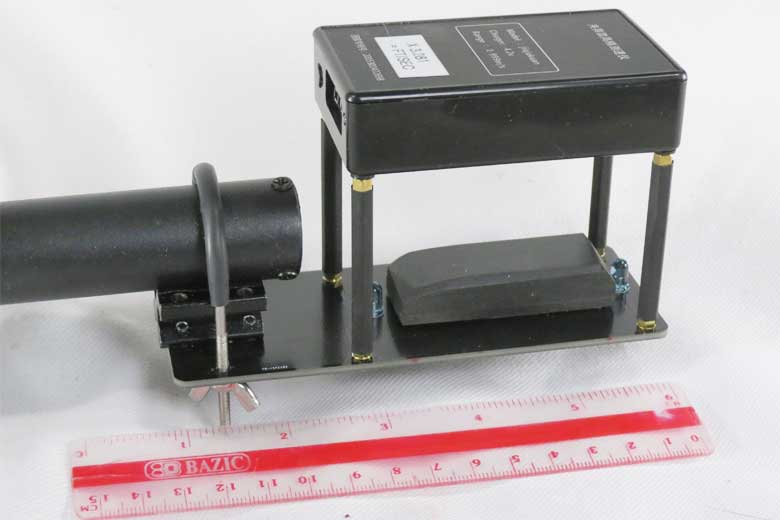 After the unit is charged, press the power button until “ON” appears on the display. The unit will go through a “self test”, and then go to a “– –“, ready display.

When a projectile is fired through it, the velocity (in M/sec) will come up on the display, and remain for about 5 seconds. It will then go back to the ready display.

To find the muzzle velocity in FPS, just multiply by 3.281 to get the answer you want. Even easier, there are conversion apps that will do this for you.

To turn the unit off, the power button is pressed and held until “OFF” appears on the display. 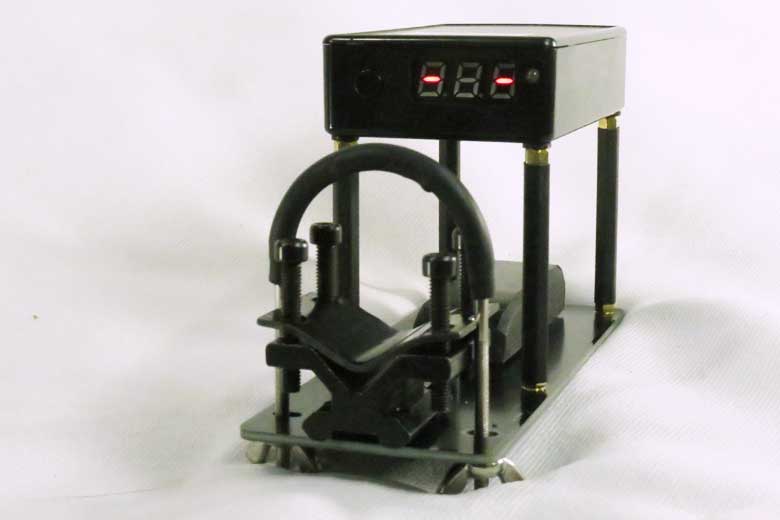 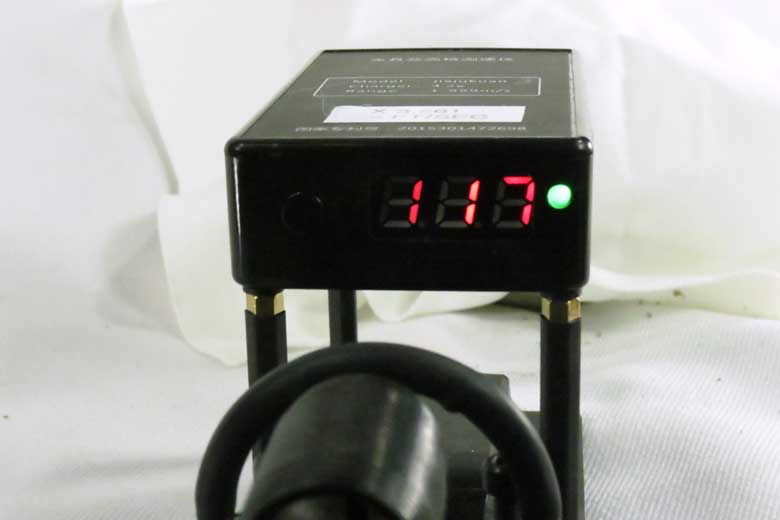 One of the shooting comparisons I made was to attach this chronograph to a Benjamin Maximus .177. Pressure in the gun was between 2000 and 1500 psi with JSB Exact 8.44 grain pellets used for the testing.

The first test was to check operation in bright sunshine. There were no reading errors, but the bright sunshine made the display difficult to read. A little sunshade rubber-banded over the top of the chronograph took care of that problem!

The shot string is tabulated below.

A second shot string was fired indoors, firing a series of shots both through this chronograph, and my Chrony F-1. Remember that the 1M/sec resolution is equivalent to about 3 Ft/sec, so there is an in-built potential for slightly lower accuracy than with a unit intended to read in FPS.

In addition, the short, 2 5/8 Inch distance between the sensors could potentially lead to lower accuracy than the 12 In. spacing on the F-1.

How did it do? The results are tabulated below.

Depending on where you see this product (or what I believe to be the same product) advertised, the specs give a reading accuracy of either 0.05% or less or less than 1%. An accuracy of 0.5% equates to a 5 FPS difference at a muzzle velocity of 1,000 FPS. 1% accuracy means up to 10 FPS difference.

For the price, these are ambitious claims. Nevertheless, they are validated by my testing which showed numbers remarkably close to the calibrated F-1 Chrony we use for HAM testing in the same environment.

One point to note is that the outdoor string averaged 880.9 FPS, some 20 FPS lower than the indoor string with a wider Extreme Spread. However, I was firing unselected pellets straight from the tin and the Maximus is – of course – an unregulated air rifle…

I also tried this low cost chronograph with BBs and it worked great, too. Overall, I experienced no failures to record a shot in any of the tests I undertook.

While this little, low cost chronograph could definitely benefit from some well-translated English instructions, it’s clearly a great value.

Within its limitations, I believe that it could offer a lot of shooters a simple, budget-friendly way to do basic velocity evaluations on their airguns, both at home and out in the field. 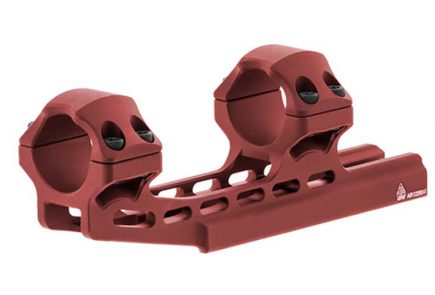 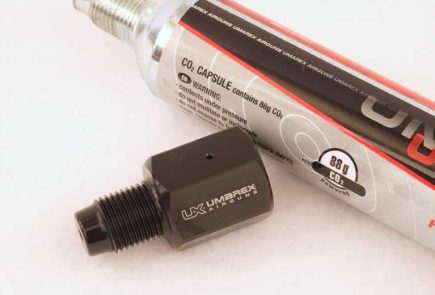 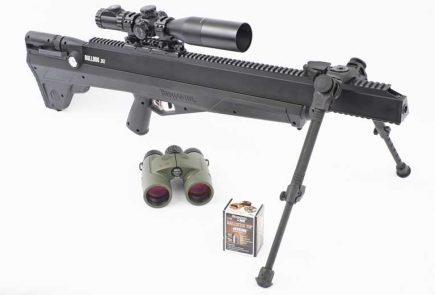