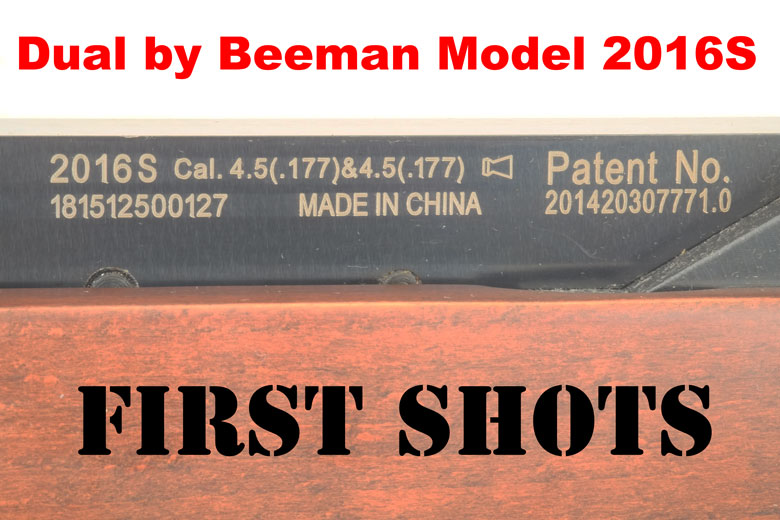 Many people have been interested in the news first broken by Hard Air Magazine about the new Dual by Beeman air rifles.

However, as there’s lots of interest in these new models, here’s the first published “hard” test data for the Dual by Beeman Model 2016S. That’s the version that shoots two .177 caliber pellets at the same time.

HAM tester Paul Manktelow took the Dual by Beeman Model 2016S and simply fired it four times – that’s 8 pellets in total, remember – with each of the standard set of 7 HAM test pellets. The range was 10 yards.

The Dual by Beeman Model 2016S was sighted-in first for Crosman Premier Hollow Point pellets, as is normal HAM test procedure. Paul then fired four times at the top row of targets. That’s targets 1, 2, 3 and 4. For convenience, he ringed the holes with a pen.

Very light Gamo Platinum alloy pellets were the next to be fired through the Dual by Beeman Model 2016S. Here, Paul aimed at targets 5, 6, 7 and 8. As you can see, the shots impacted low, landing in the target areas of the row below.

The same behavior was found with the other light alloy pellets – the H&N Field Target Trophy Greens. Here Paul aimed at targets 13, 14, 15 and 16. The pellets struck in the row below. 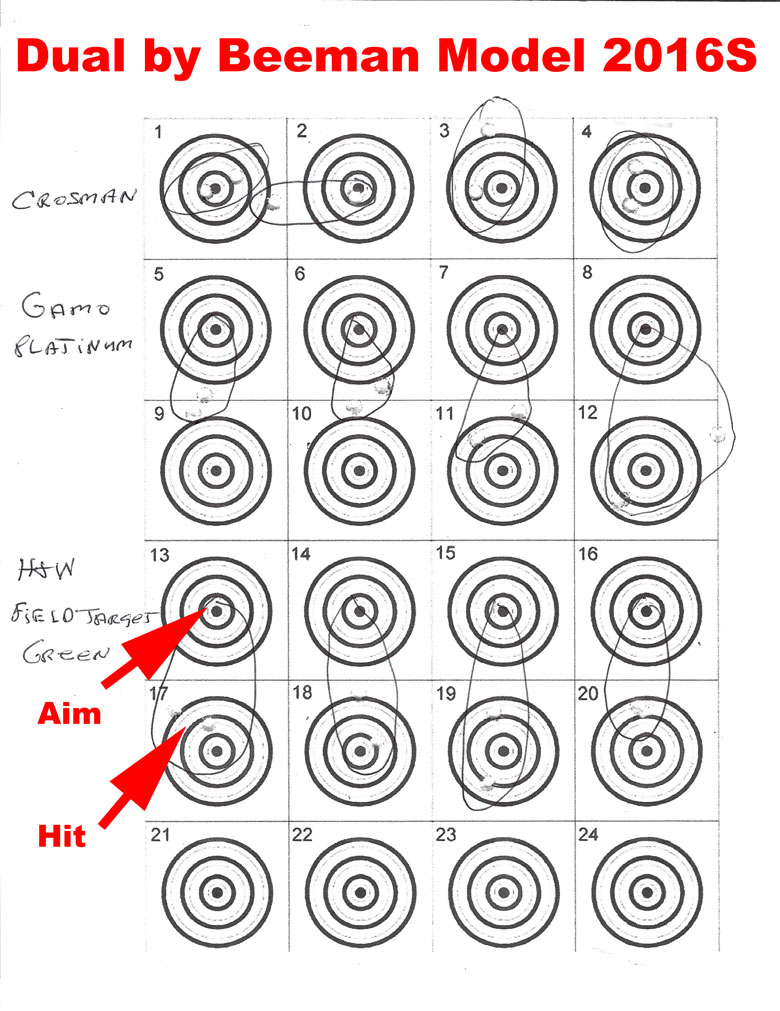 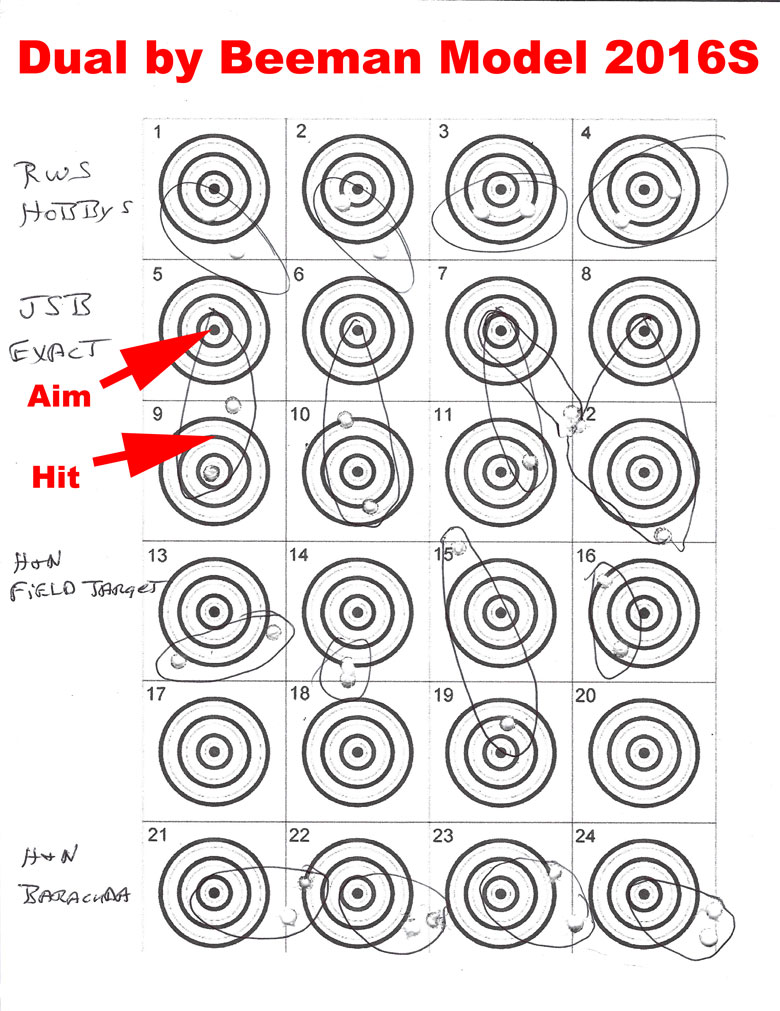 By firing two pellets at once, the Dual by Beeman Model 2016S is an unique concept in the airgun world. This means that not all of our normal expectations for performance should automatically be applied to this airgun.

So, some interesting observations arise from these tests…

Firstly, note that the pellets do not always impact one above another – as you would expect. This in spite of the barrels being located directly above each other.

Secondly, remembering that the bore centers of the Dual by Beeman Model 2016S are separated by approximately 1/2-inch, you might expect that the pellets would strike the target about that far apart. This is actually pretty close to what happened on average, as you can see.

Thirdly, the best two-pellet “groups” were recorded using heavy H&N Barracuda Match pellets. These actually grouped closer than 1/2-inch together, on average. As you can see too, they shot to the right of point of aim. This is not a surprise, different pellets will have different points of impact when shot at the same point of aim.

Four. The variation between the points of impact achieved by different pellet types with the Dual by Beeman Model 2016S is more marked than we find when testing conventional break barrel air rifles. We can maybe assume that firing two pellets at one time ruthlessly highlights any microscopic differences between the two pellets, in terms of size and weight. This may have led – perhaps – to the few wild ”fliers” seen on Paul’s targets.

Five. Even though the Dual by Beeman Model 2016S  is a heavy air rifle, Paul remarked that “this gun really kicks”!

Paul also recorded the muzzle velocities for these tests.

In summary, the Dual by Beeman Model 2016S produced muzzle energies of between 11.8 Ft/Lbs and 16.8 Ft/Lbs every time the trigger was pulled. This is not unreasonable for a large, powerful break barrel air rifle.

The muzzle velocities are much lower than you would expect for the different pellet weights because, of course, that muzzle energy is the sum of that achieved by both pellets fired at the one time. As you would expect, lighter pellets shot faster than heavy pellets. Situation normal!

Standard Deviation figures (the measurement of variation in muzzle velocity) for the different pellets were quite good. Although the numbers given here cannot be compared exactly to the standard HAM test review numbers as they relate to a smaller number of pellets fired (8 instead of 10).