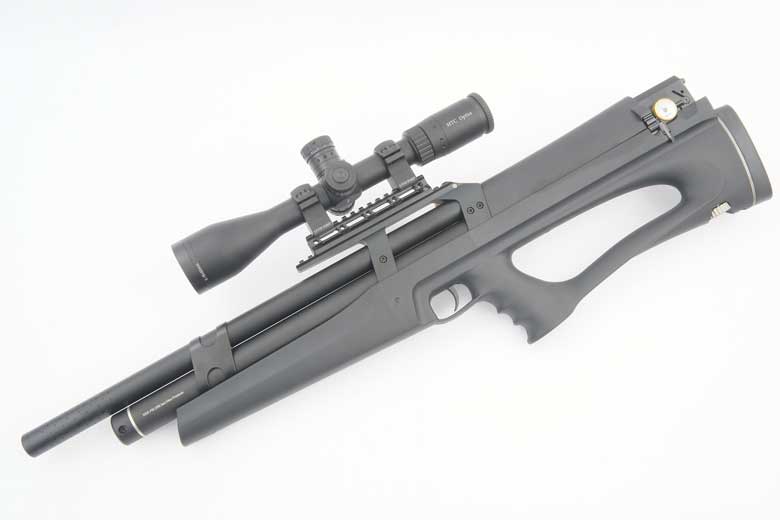 The Huben K1 hammerless PCP air rifle is an innovative, semi-automatic design that’s capable of considerable power and accuracy. It also requires its shooter to be absolutely perfect in all aspects of safe gun handling, every time it’s used. We’ll explain why further down…

This is a deceptively-simple PCP air rifle designed for long-range shooting and hunting by a highly-experienced user. In general use, only the trigger and safety lever are used. There’s not even a charging handle to cock the action!

The Huben K1 fires from a built-in 19-shot rotary magazine. The magazine cannot be removed from the gun due to the very tight mechanical tolerances required for the design to function correctly.

This means that pellets – or slugs, more about that below – have to be loaded from the side of the gun, as shown below. 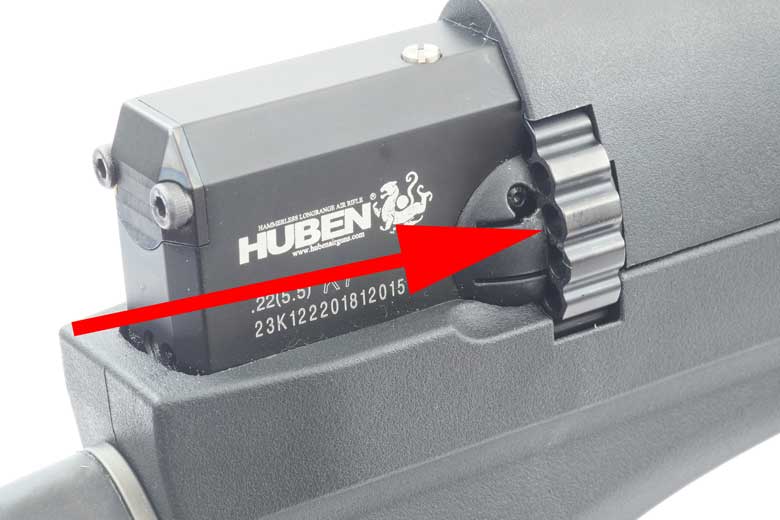 In fact, US importers Precision Airgun Distribution recommend the following two types of ammunition for the Huben K1 in .22 caliber. These are JSB 25.39 Grain pellets and 36 Grain slugs from Nielsen Speciality Ammo. 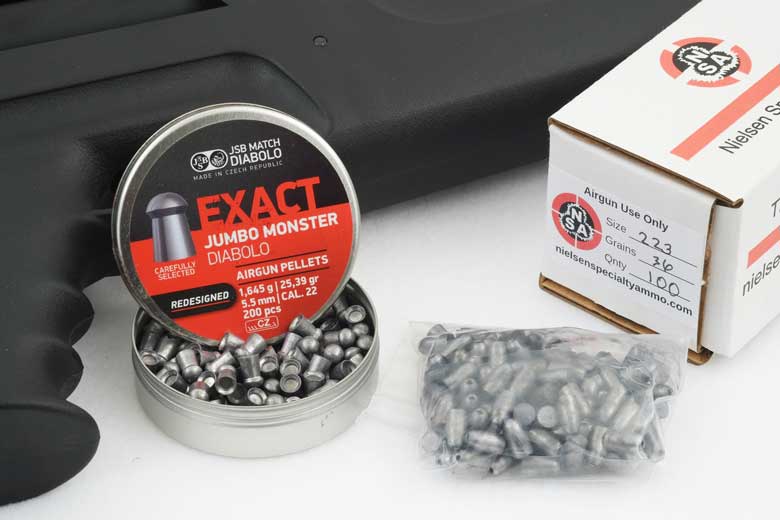 The Huben K1 is regulated. The regulator set point is around 1,650 PSI as it comes from the factory. However this can be adjusted by the owner using an Allen wrench inserted into the underside of the stock. 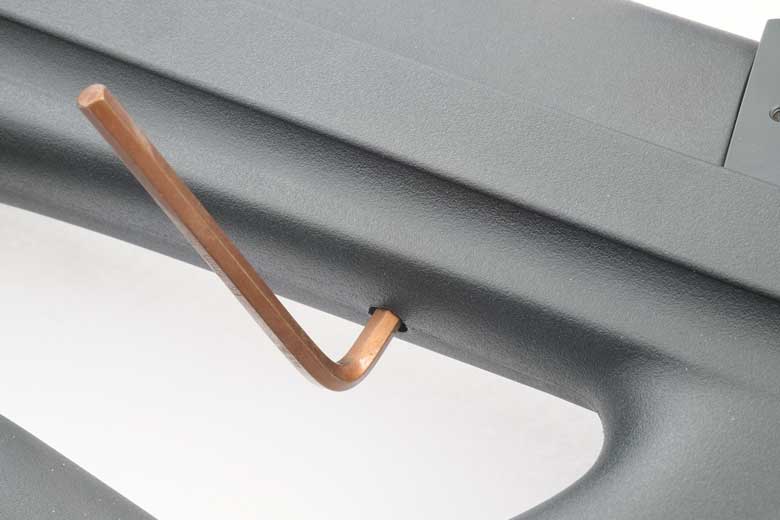 At the rear of the bullpup-style stock – and again at the rear – is a power adjustment screw. 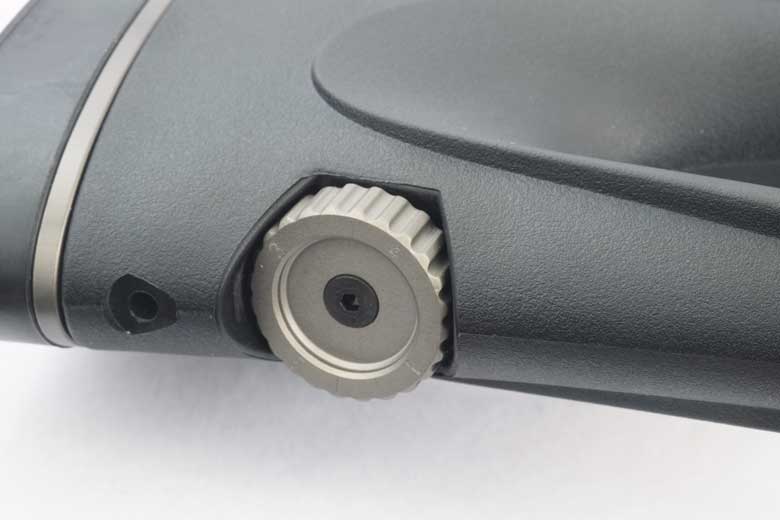 In addition, there are two setscrews in the rear of the breech which are used to adjust the valve. So, there’s plenty of ways for an owner to tailor the power of the Huben K1, although – of course – you’ll need a chronograph to measure the FPS. 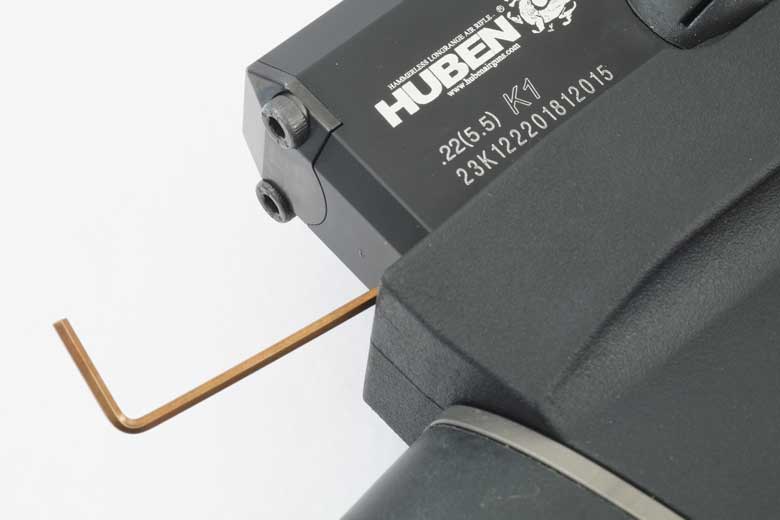 The HAM Team fitted a 3 – 18 x 50 Viper Pro scope from MTC Optics. To gain the right eye line for the scope, we used a Leapers UTG Super Slim Riser Mount. (We seem to be using these excellent riser mounts on everything, just now!). 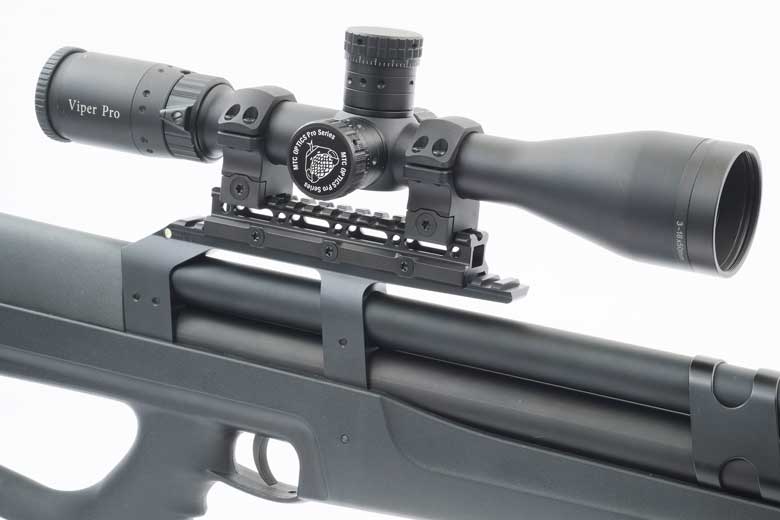 At the rear of the Huben’s Picatinny rail, there’s a built-in bubble level.  This is a good feature that’s obviously intended to help prevent cant when shooting the gun. HAM Publisher Stephen Archer found it possible to glance down and check this bubble level when shooting, so it is actually an useful feature. 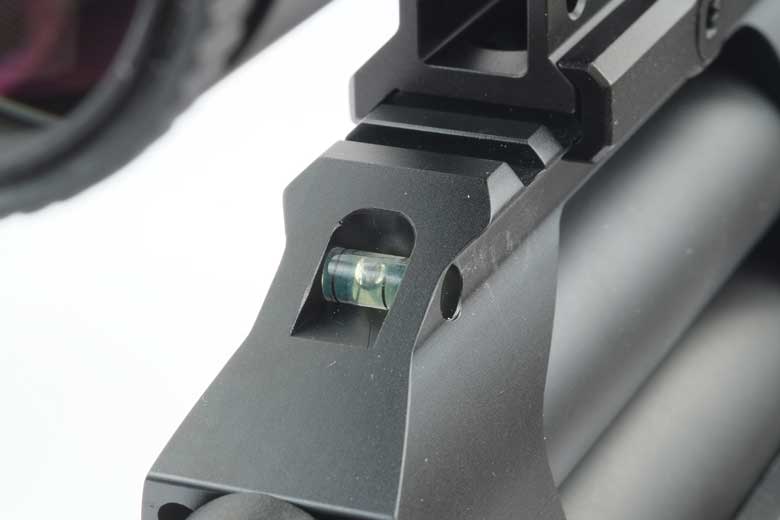 Given that the HPA tube is certified to hold a maximum pressure of 5,000 PSI, this means that the Huben K1 has the potential for a significant number of shots between fills. However, the instruction manual recommends a fill pressure of 2,900 PSI – inside the green area on the pressure gauge. At least so far as we understand…

Filling with High Pressure Air uses a dedicated fill probe, inserted into the fitting at the front of the HPA tube. 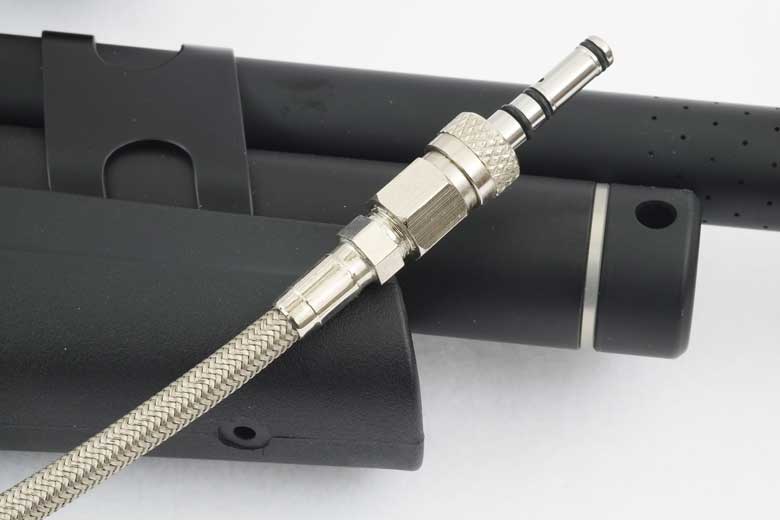 There’s no question that the Huben K1 is a very powerful PCP air rifle. It has a claimed power well north of 75 Ft/Lbs even in .22 caliber.

This makes handling the gun correctly even more important!

Yes, there is a mechanical safety at the rear of the action. But we’ve all been trained never to regard a safety as completely safe. Pulling out the magazine release lever allows the magazine to be rotated by hand and inspected for ammo. You will need to do this whenever needing to make the gun safe, safely firing it into the ground if necessary to discharge any full chambers.

THIS IS THE ONLY WAY TO ESTABLISH IF THE HUBEN K1 IS SAFE OR NOT!

To repeat ourselves. As the magazine is not removable and there’s no manual cocking lever, operator control is thus the sole way to establish that the gun is clear.

(You can’t drop the mag and rack the charging handle to show “clear” with an empty chamber, as with an AR15-type centerfire rifle, for example).

So there’s no visible way to show that the Huben K1 is safe. Therefore this air rifle requires absolute perfection from the operator in safe gun handling… 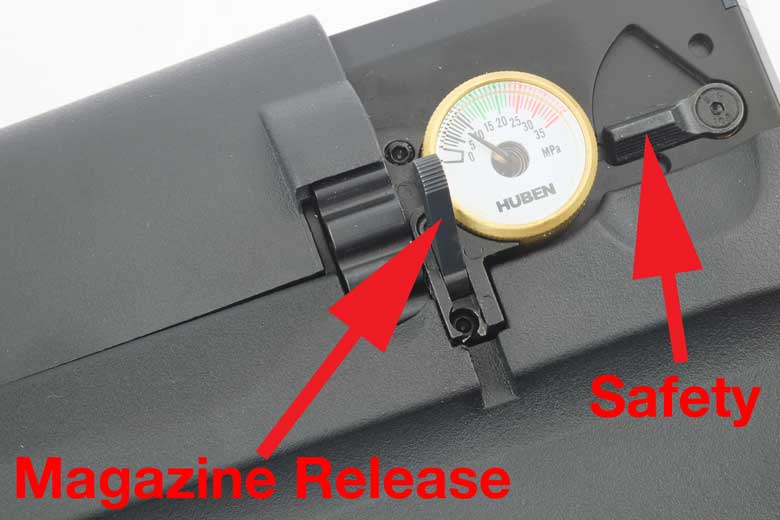 The Huben K1 below was shown by the manufacturer at the recent IWA Outdoor Classics show in Germany. We’re not sure if the camo-dipped stock was a one-off or a prototype for future production. However, it certainly looked cool! 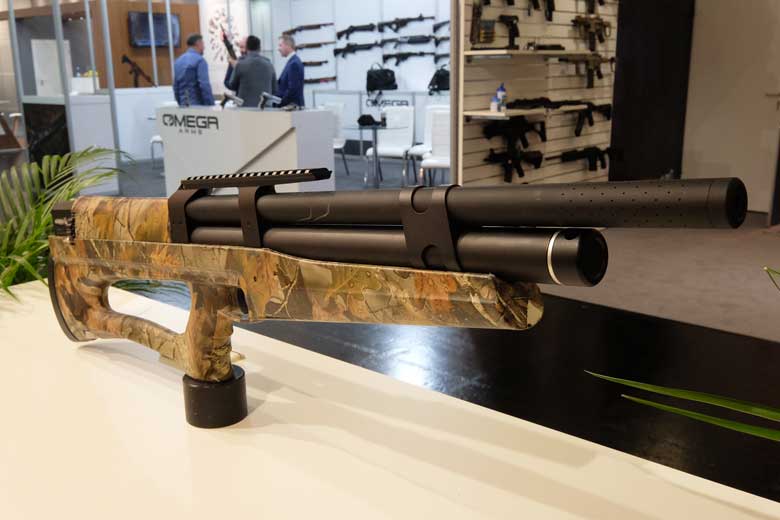