A Look At The Future Of Lead Free Pellets 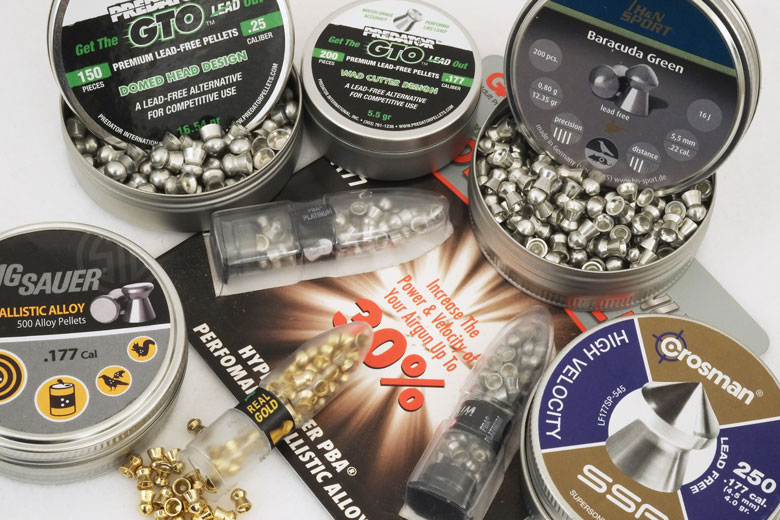 I decided to write an article on the future of lead free pellets, not in an attempt to magically predict their role in air gun shooting going forward, but to inspire more discussion on the topic.

As a person who is new to air guns, I promised HAM Publisher Stephen Archer I would try to look at air gun topics from unique perspectives.

Stephen tells me that two states have or say they will soon limit airgun sportsmen to lead free ammunition in the field. If that trend continues, as it has with firearms, it won’t be long before many of us will have to shoot lead free pellets exclusively for hunting, back yard practice and Field Target competition.

I’m a life long shotgun shooter and bird hunter. Waterfowl have always been at the top of my list of game birds, and I enjoyed hunting them with muzzle-loading shotguns in the 1970s and 80s. 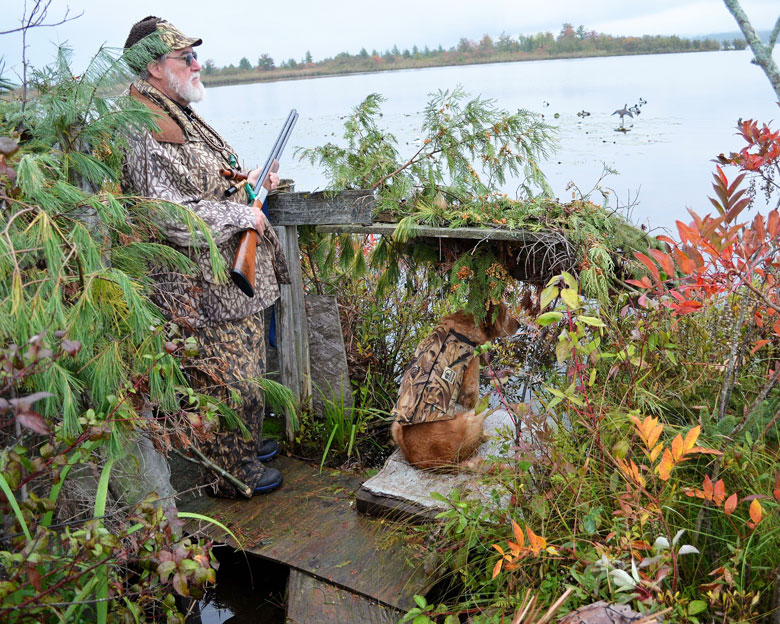 But about two decades ago, the Fish and Wildlife Service decided that ingested lead shot was killing our ducks. Lead was accumulating in the bottom lands of shallow waterfowl hunting marshes. The F&WS claimed that ducks were eating the shot and dying in large numbers as a result.

Since you can’t successfully hunt ducks with steel shot in a muzzle loader (low velocity and low pellet density), I gave up hunting with the primitive guns. We turned to modern firearms and used the steel shot recommended by the experts.
But steel wasn’t ideal, even with special wads and high velocities. So the search for more effective non-toxic shot was on…

Bismuth- and tungsten-based products evolved over time, and they approximate the performance of lead. The down side is the price: a box of 10 Hevi-Shot Waterfowl loads sets the sportsman back $47.00, or close to five bucks per shot.

Most shoot steel, even though it wounds as many ducks as it kills. 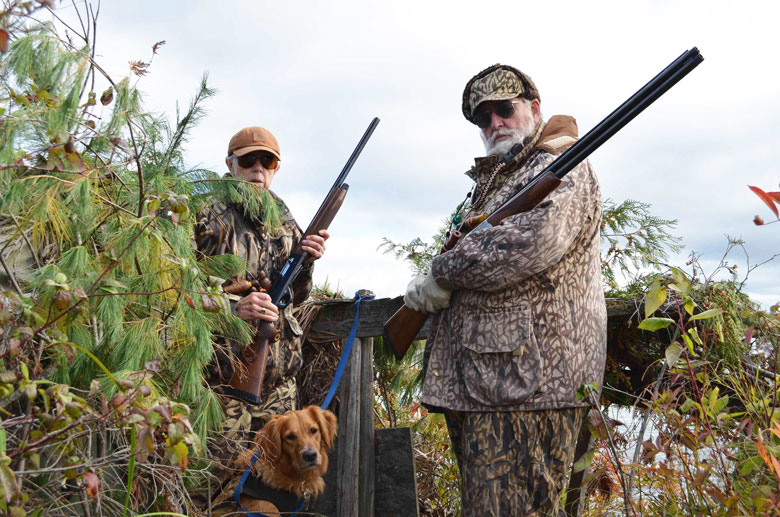 I searched the web for discussions on lead free pellets by airgun shooters, and the commentary was mixed.

Nearly all who had tried them agreed that lead was better. They thought lead products were cheaper, more accurate, carried more energy down range, and were easier on their expensive barrels.

In break barrel, spring piston airguns, we all know that it is not a good idea to dry fire them, or shoot them with very light pellets. They need some back pressure (resistance) from the pellet in the barrel to assure a soft landing when the piston bottoms out. Makes sense to me…

My personal concern was for loss of accuracy as a result of shooting lead free pellets over a long period of time. I wanted to explore that further. But lead free pellets certainly look clean and bright, as we can see from the photograph below… 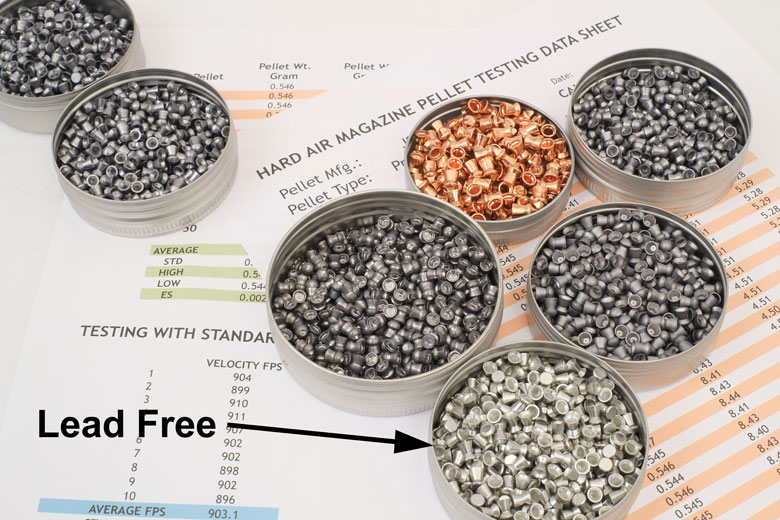 H & N says their GREEN pellets (FTT and Baracuda ) are made of tin. Further research disclosed that those who had shot these products found them to be more accurate than most lead free pellets, and in the right gun as accurate as lead counterparts.

Their alloy content is minimal, so I looked up the Brinell hardness of Tin and compared it to lead. Brinell numbers indicate tin is slightly harder than lead, but tin/lead alloys (solder) are not much harder than pure lead.

So, from the hardness standpoint, it seems unlikely that tin-based lead free pellets would damage soft iron air rifle barrels any more than lead would.

We know that oxygen in the air oxidizes lead, and the oxide acts as a lubricant. Too much lead oxide can be detrimental to accuracy, but apparently it doesn’t erode the quality of the bore and rifling.

So what happens to metallic tin when it reacts with available oxygen in the air?

For answers, I checked the chemistry of Tin. It occurs naturally as Tin Dioxide (SnO2, Stannic Oxide). Metallic tin is readily converted to the same Stannic Oxide in the presence of oxygen and heat.

We have ample oxygen present in the bore of break barrel guns during the shot cycle, and spring piston guns are said to generate momentary heat in excess of 600 degrees F. This could be the perfect environment for converting metallic tin to Stannic Oxide!

Further exploration revealed that Stannic Oxide is an abrasive. It’s used in lapidary to polish glass and marble.

It seemed reasonable to me that a chemical which had sufficient hardness and abrasiveness to polish jewelry would most likely have a negative impact on softer metal.

At this point, I am offering the following postulate as PURE SPECULATON…

It MAY be possible for break barrel shooters to LAP their barrel if tin based ammunition is used over an extended period of time. That might be a GOOD thing if your barrel is a little rough. Or, it might be a bad thing if molecular layers of barrel metal are removed from the lands and grooves of a high quality barrel.

Caveat: Take the above analysis with a grain of salt. I have NO proof that this happens, only speculation based on a cursory analysis of the chemistry.

My Brief Study. What started this review of tin was my experience with H&N’s Baracuda Greens. I wanted to see how effective they would be in shooting field targets. 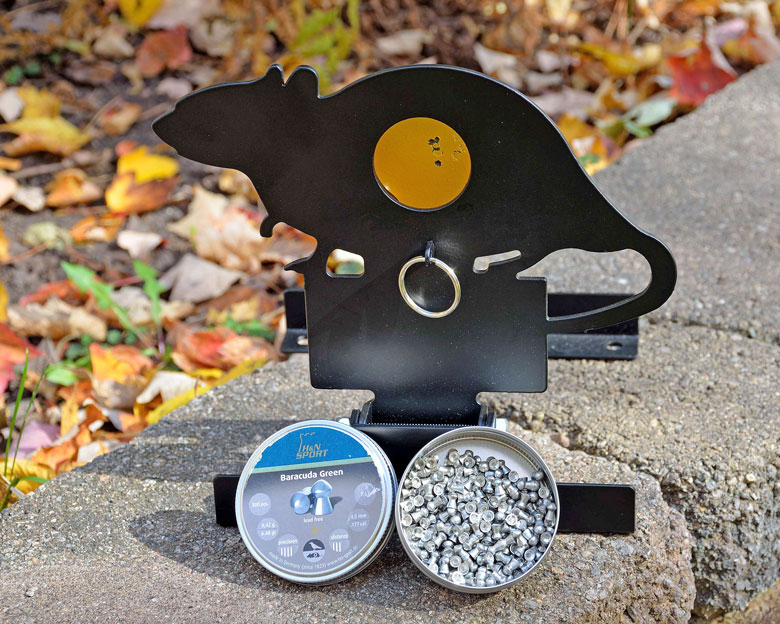 But before I took the first Air Venturi Rat out of the box, I read the warning: not for use with steel BB’s or lead free pellets. So what will air gunners do if they want to shoot field targets in a state that mandates lead free ammunition?

Time to do my own research to see how my Beeman Teton Gas Ram handles the Greenies.

I ran a bore mop through the 0.177 barrel seasoned with lead, and started shooting 10 Yard groups in my basement range with the tin pellets. I was happy with the results.

They generally stayed under half an Inch for 5 shots at that distance.

Not as tight as my best lead pellets in that gun (Benjamin Premier HP 7.9 gr), but as good as the group average. 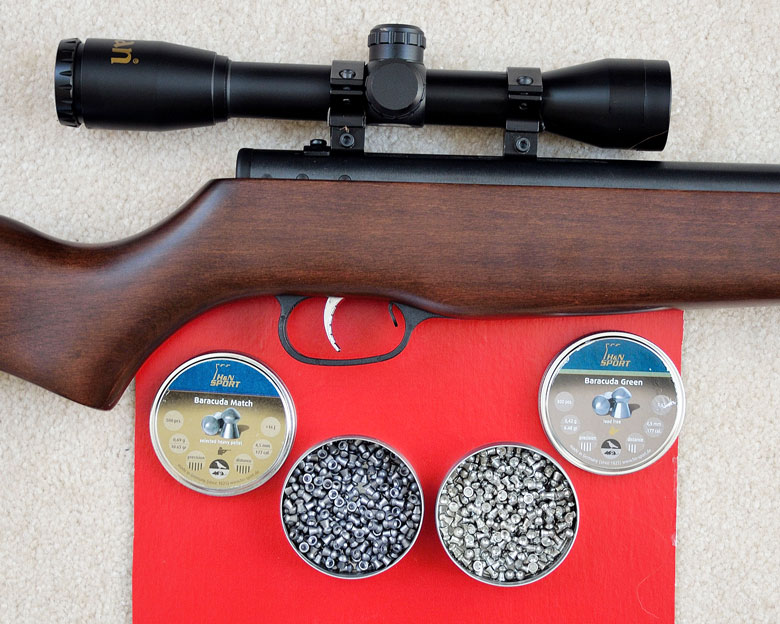 I was shooting into my new Air Venturi Quiet Pellet Trap, so I dug a few of them out of the ballistic putty.

Those that were not struck by another pellet retained their original shape and form. However, those that struck the back of another pellet in the putty were significantly deformed.

The one negative observation I had was the NOISE. Instead of the moderate sound level the gun emits with lead pellets, these babies emitted a “rifle crack” with each shot. Time to set up the Oehler 33 chronograph.

The lead free pellets were whizzing out of the muzzle at 1110 FPS, measured 2 Feet from the muzzle. Your neighbors will think you are shooting a 22 rimfire rifle! 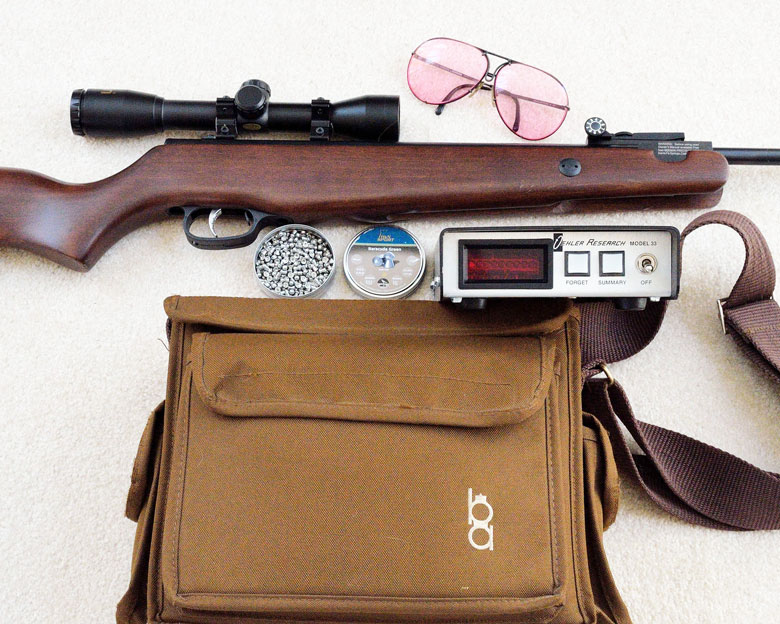 I shot about 50 shots, then decided to go back and shoot lead again. A tight cotton patch down the bore before the transition was heavily coated with metallic flecks of tin. But that didn’t worry me.

What concerned me was this. The excellent accuracy with the Benjamin pellets was GONE. Now I was concerned…

I sent off an e-mail to H&N, to see what their experience had been with the product. They hadn’t noted any loss of accuracy resulting from the use of their tin based pellets, but H&N added that they had only tested them in PCP guns.

Help me out here, experts, but I believe PCP guns shoot at a much lower temperature than high velocity spring /gas piston guns.

Time for drastic action. I used WD-40 on a tight patch to thoroughly clean the barrel. More metallic tin flecks and the cotton patches were stained a dark gray. More patches until one came out clean.

GOOD NEWS: After re-seasoning the barrel with Benjamin’s, the accuracy is back in spades.

I then shoot all of the lead pellets HAM uses for their Beeman Teton air rifle tests, and all produced accuracy nearly identical to the results I had recorded before the tin pellet experimentation.

This is only one brief test, but I feel confident that short term use of tin based pellets is not detrimental to the accuracy of break barrel guns…although shooting them in PCP guns might be a better idea.

Shoot the heaviest lead free pellets your gun will shoot accurately, and shoot them in guns which produce MODERATE velocities.

H&N, using the “find pellet/field target” feature on their web site, suggests their green pellets are suitable for field targets out to 30 Meters. But Gamo, Umarex and Remington join Air Venturi in cautioning against the use of lead free pellets for their silhouette field targets.

I’m not a metallurgist or safety engineer, but someone with those qualifications should soon determine the feasibility of shooting field targets with lead free pellets. Do they ricochet or damage the targets ? Necessity is the mother of invention.

Several sources on the internet agreed on this – although that, in itself, does not make it right.

Shoot the heaviest lead free pellets your gun will shoot accurately, and shoot them in guns which produce MODERATE velocities.

Moderate velocities will spin the projectile at a lower rate, they say, which many believe produce greater projectile stability and accuracy with the light weight, lead-free pellets.

Whatever the truth, there’s no doubt. We all have a lot to learn about how to use lead free pellets in our airguns in future…