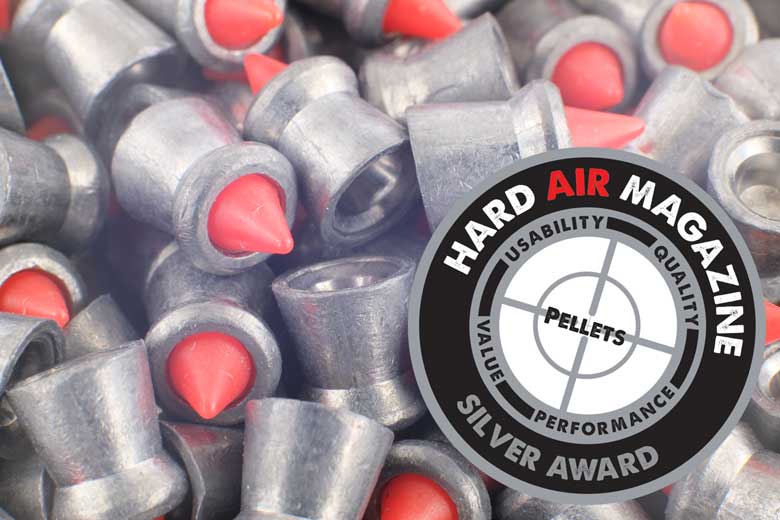 We found a few consistency outliers.
May be too long for magazine feed.
Nothing else...

Predator Polymag 44.75 Grain .30 caliber pellets are great hunting pellets for moderate sized game, when combined with a powerful PCP air rifle. Note that they are long - check if they will load into your magazine.

Manufacturing consistency was generally good. However HAM ran into a few outliers that spoiled the general picture of excellence. This is a shame and knocked-away the chance of a HAM Gold Award. However, Silver is still a great result, given our discerning test protocol...

Compared to the pricing for other two-part pellets, this .30 caliber ammo is bargain-priced. HAM advice is to buy now while stock last at this price!

50%
HAM Rating
You have rated this
Full Review

At a price of $11.99 for a tin of 100 pellets, that makes the cost of each pellet 11.99 cents. Remarkably, that is the same price as regular “one piece” .30 caliber JSB pellets and only very slightly more than .25 caliber Polymags.

In all cases, these comparisons are made using prices from Pyramyd Air, before “4 for the price of 3” and similar offers.

So, for a quality, two-piece hunting pellet in such a large caliber, the price is outstanding! 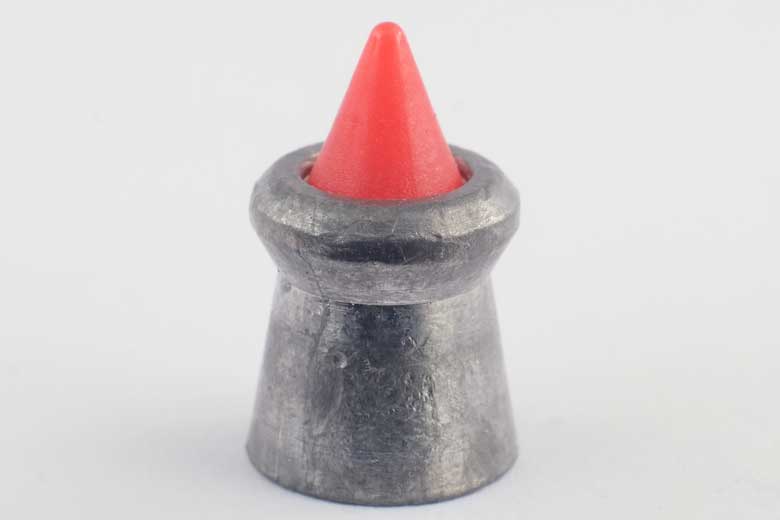 It’s important to note that – as with other calibers – Predator Polymag 44.75 Grain .30 caliber pellets may be too long to fit into the magazine of some air rifles. For example, we had to single-load the pellets into the FX Impact we used for testing.

The manufacturer claims that Predator Polymags are “proven the best hunting pellet made, with superior accuracy and take-down punch.” Given their reputation and the performance of the test pellet on impact (below), it’s very difficult to argue with these claims.

As is well-known, HAM pellet tests do not include accuracy testing, as this is a result of the complete “shooting system” of airgun, pellet, scope, shooter and environment. However the generally good manufacturing consistency demonstrated by the Polymags we tested does indicate that they should be accurate in many airguns.

The Predator Polymag 44.75 Grain .30 caliber pellets tested by HAM had an average weight of 45.66 Grains. That’s just 2% greater than the marked weight.

The tin also states that 100 pellets are contained inside. We counted 102 pellets in the tin tested by HAM. Thanks Predator!

As with other two-part pellets tested by HAM, manufacturing consistency for the Predator Polymag 44.75 Grain .30 caliber pellets is less good than is found in quality “one piece” pellets. Undoubtedly the inherent nature of the two part design is responsible for this. However, there were clearly a couple of outliers in this tin…

As can be seen below, the most common head diameter was 7.67 mm. 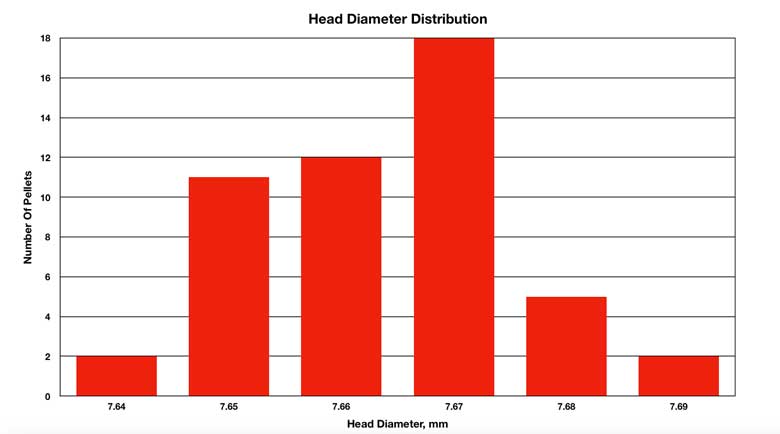 At first, we thought that the variation in weight of this tin of Predator Polymag 44.75 Grain .30 caliber pellets was pretty good, too. Unfortunately, the weights began to spread – then we then ran into some extreme outliers at both the weight spectrum – as you can see from the graph below.

Just 8% of the tested pellets had the most common weight of 45.71 Grains – actually extremely close to the 44.75 Grains claimed weight for these Polymags. Unfortunately, those outliers took the extreme spread of weights measured to 5.59%, which is rather high. Without those three errant pellets, things would have been much better…

As a reminder, As always, weight measurements were made using HAM’s incredibly-precise, laboratory-grade milligram balance. 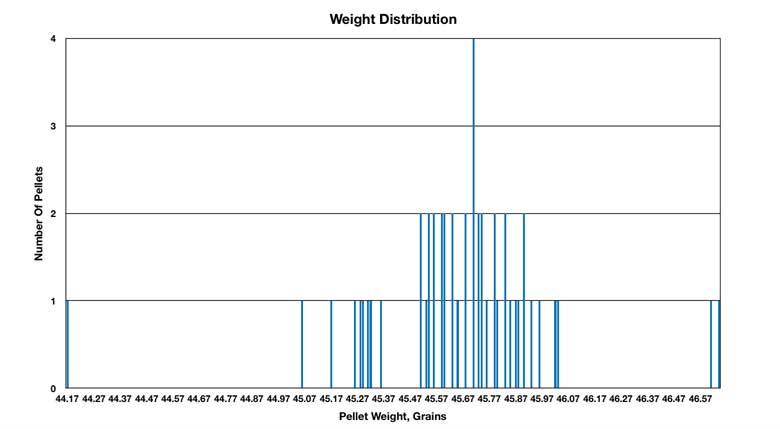 Unfortunately, there was one outlier that contributed to the Extreme Spread of length being 0.45 mm – that’s 3.51% difference between the shortest and longest pellets. Apart from this one pellet, manufacturing consistency was very good… 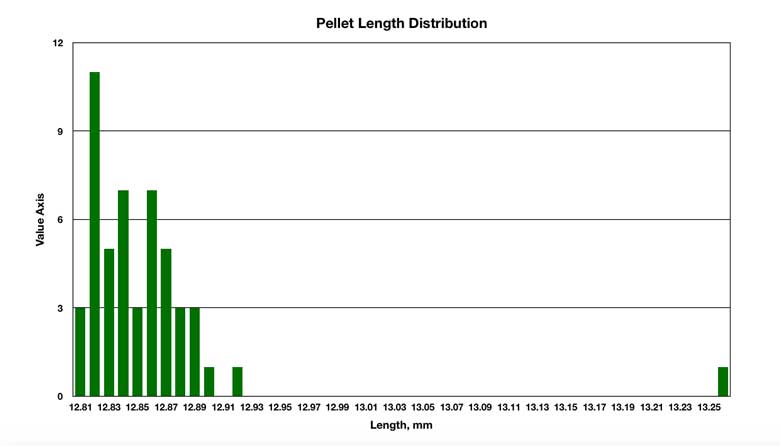 Just 0.3395 Grains of lead dust was present in the tin of Predator Polymag 44.75 Grain .30 caliber pellets tested by HAM. This is a low figure and – as can be seen from the photograph below – there was a minimal amount junk washed from the pellets by our standard washing procedure. 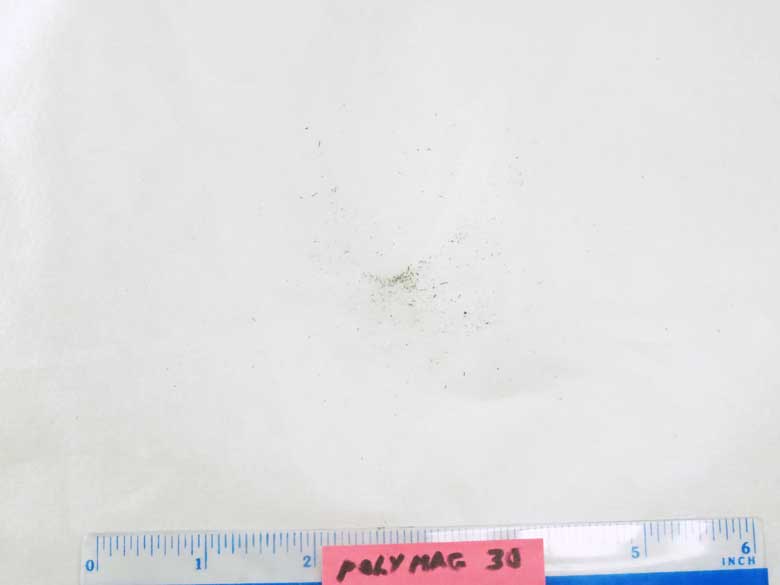 As with all two-part hunting pellets, the Ballistic Coefficient of Predator Polymag 44.75 Grain .30 caliber pellets is relatively low. In HAM testing, it measured 0.025.

However, any .30 caliber PCP air rifle will be powerful enough that the downrange energy is still very substantial. For example, there’s still 40 Yards. Shooting with the FX Impact sighted-in at zero range of 38 Yards, the Polymags shoot “flat” from around 13 to 42 Yards, as is shown by the Chairgun chart below.

As can be seen below, Polymag penetration into a sop block was 88mm. This is relatively low for such a heavy, fast-moving pellet and illustrates how energy is translated into huge, damaging impact in the target. The impact cavity was 11 mm diameter.

Comparing an unfired Predator Polymag 44.75 Grain .30 caliber pellet with the one retrieved from our soap block, we can see that the plastic point separated from the lead segment. It also broke in two.

The lead body of the pellet turned inside out on impact. The diameter expanded from 7.65 mm before firing to 10.5 mm. All of this is indicative of massive energy loss in the target, which – of course –  causes a humane “one shot kill” in the prey.

This is what Polymags are meant to do and what makes them such an effective hunting pellet!

The large size and robustness of the pellets, together with a sheet of foam packing in the top of the tin, means that these pellets are very likely to arrive with you in good condition. In HAM testing, we found no damaged or malformed pellets.

As mentioned above, the main thing to check is if they will fit into the magazine of your air rifle. If too long, you may still be able to hand load them as we did for this HAM test review. 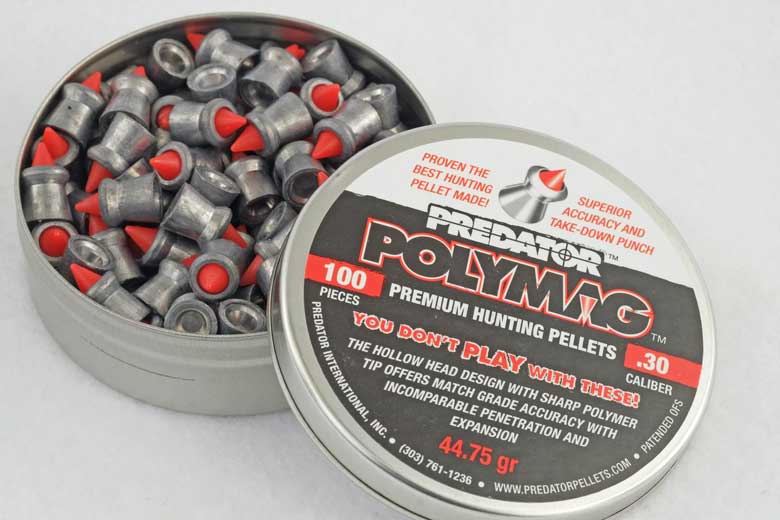 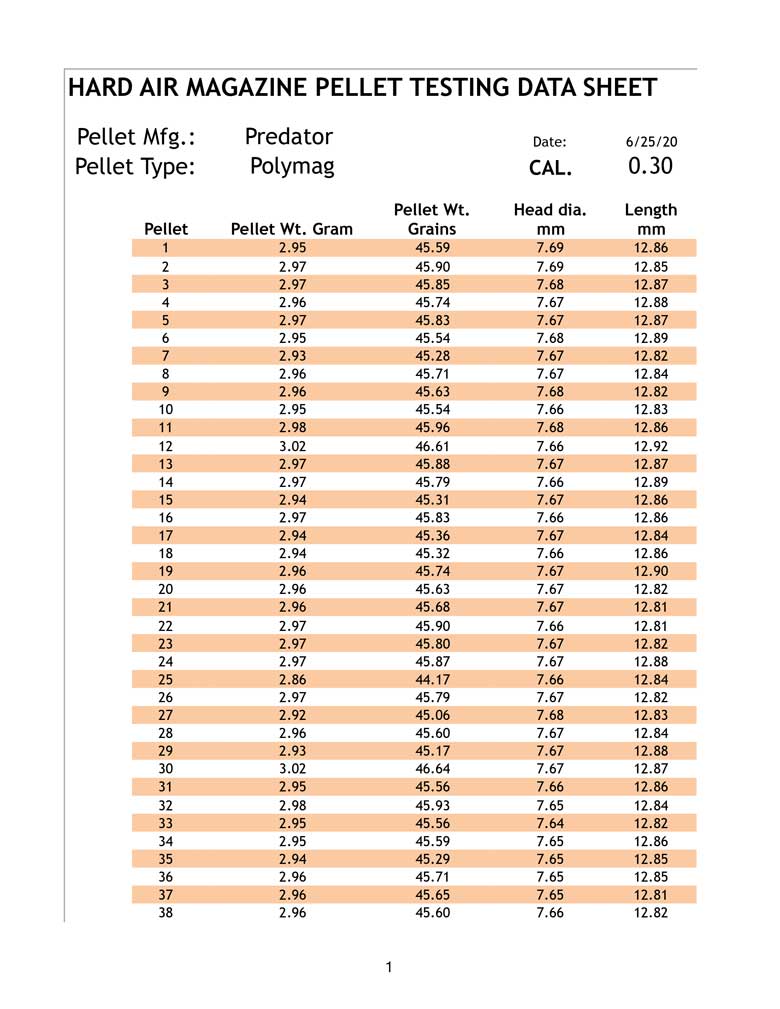 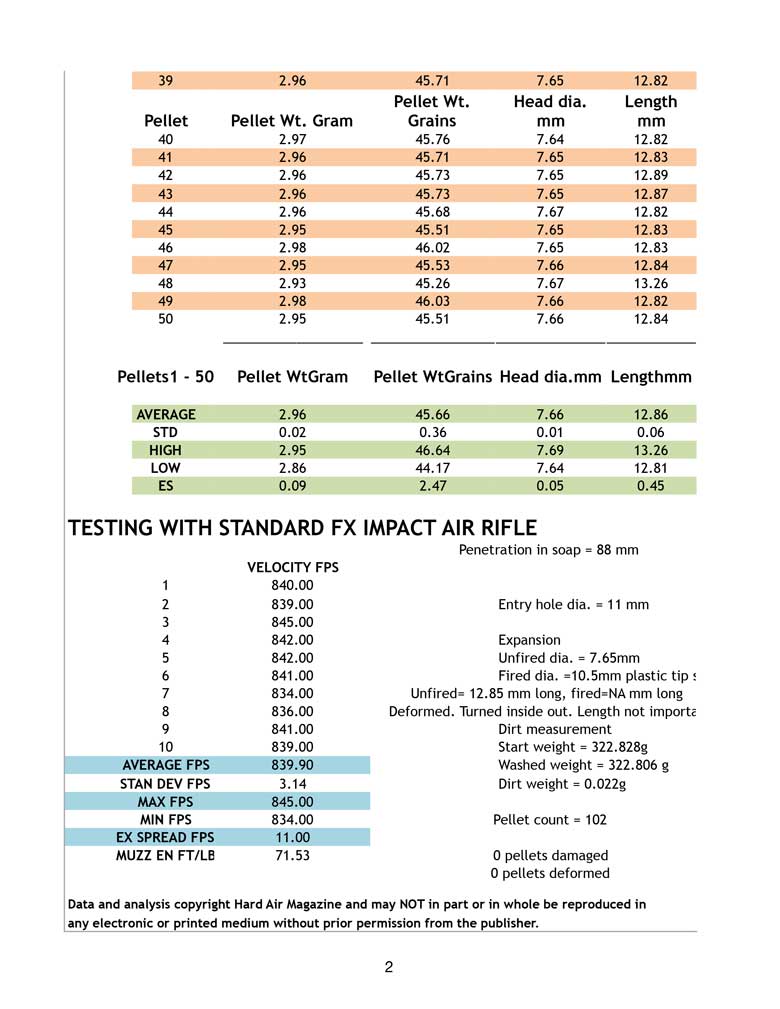