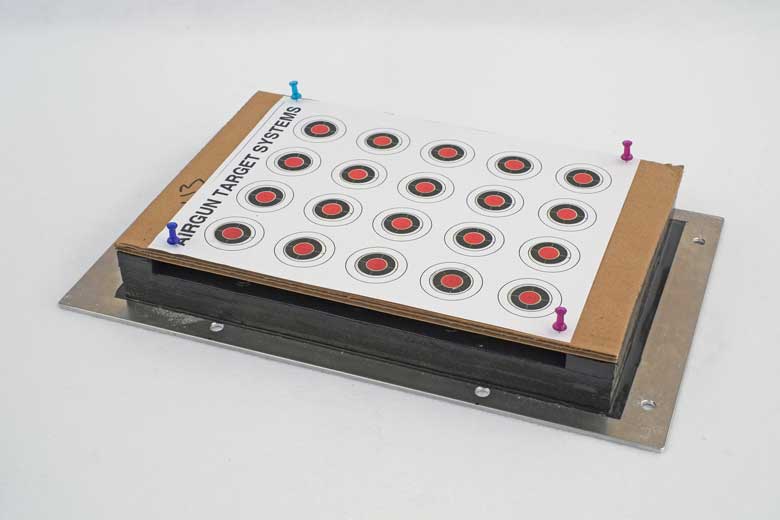 Last month, HAM featured a story about the new Ballistic Target Panels from Airgun Target Systems. Shortly after, one arrived in the HAM offices – sent by the manufacturer. So of course, we HAD to shoot it!!!

As a reminder, Airgun Target Systems Ballistic Target Panels stop and collect pellets and slugs impacting with a maximum energy of between 20 and 90 Ft/Lbs.

So far, we have fired over 200 pellets into this Target Panel. All have been from powerful PCPs with a Muzzle Energy between 35 and 55 Ft/Lbs of Muzzle Energy at 10 Yards range and up.

The HAM Team will continue to pile lead into this Target Panel as we test more high power PCPs in future.

But we’re NOT following all the manufacturer’s instructions! Airgun Target Systems suggests shooting targets dispersed across the face of the Target Panel. But this doesn’t work for us. For HAM testing, we need to fire at – pretty well – the same place every time.

In spite of this, the Target Panel shows no signs of distress and is holding-up well. True, we have experienced a few isolated pellets bouncing-back from the target, but there’s no sign of anything passing through the Target Panel. It’s stopping everything we throw at it.

As received, the unused Target Panel looked like this… 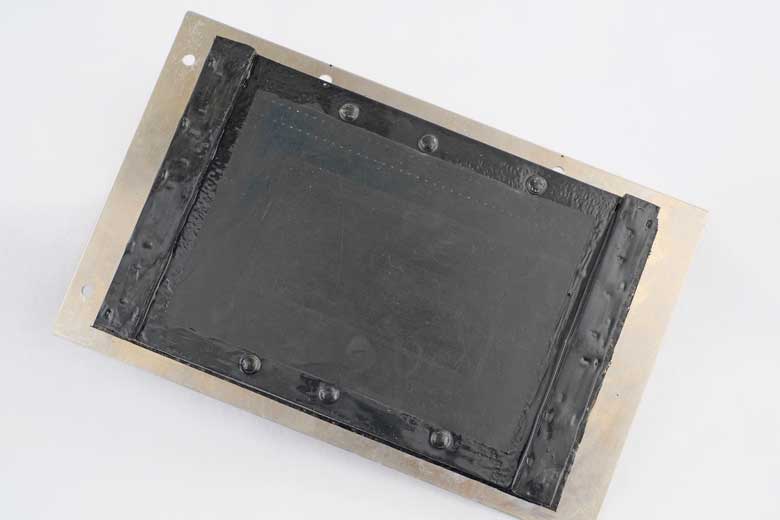 Following the supplied instructions, we mounted a corrugated cardboard target backer to the stand-offs at either end using some screws. The target was then pinned to the backer. Now firing can commence!

In order to give the Target Panel a full work-out, we shot in two main locations. One was near center. The second was at the right edge of the Target Panel, as you can see below. Hey, someone’s going to do it, so it may as well be us! 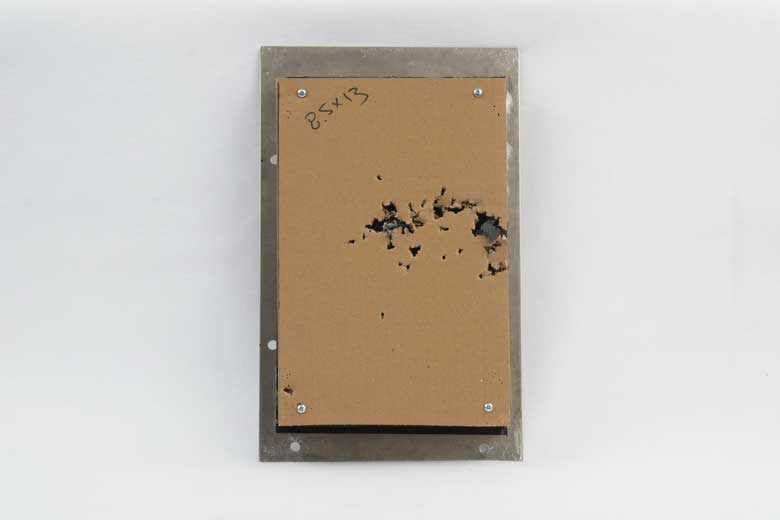 On removing the target and its backer, we found no damage from hitting the edge of the Target Panel, in spite of our best efforts to do so… 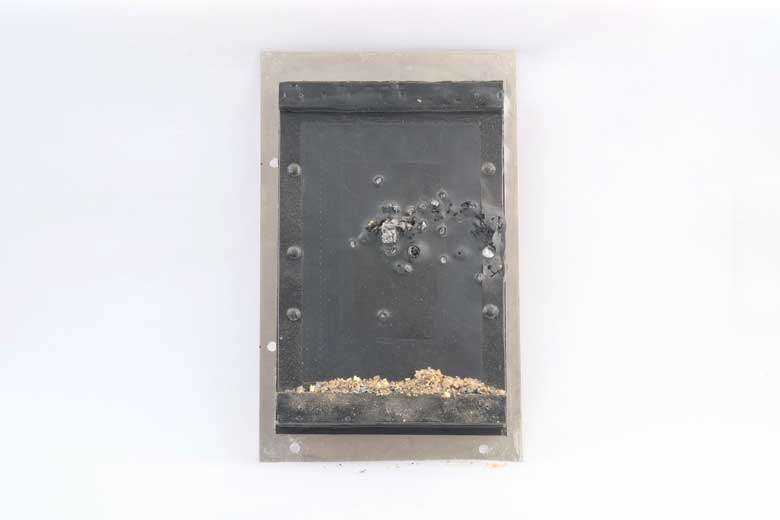 As we can see close-up, debris from the card and paper builds-up at the base of the Target Panel. That’s the reason for the stand-offs. 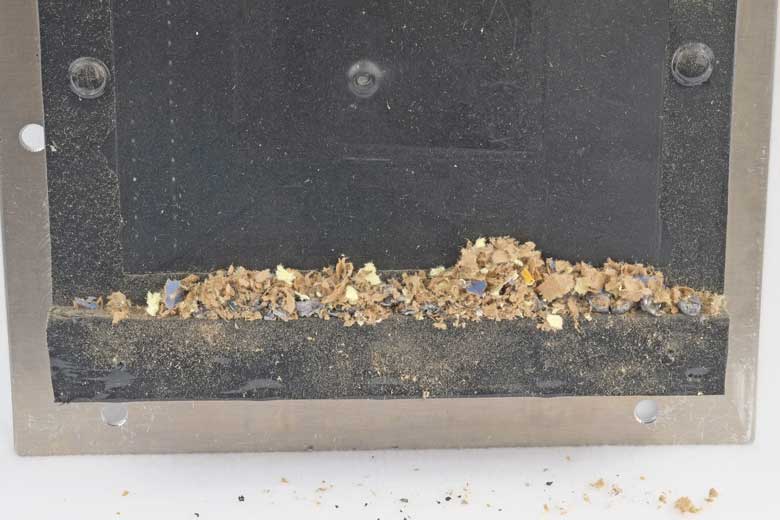 Lead from the pellets and slugs builds-up into clumps in the rubber surface. As you can see, the right edge sustained some  damage but is still intact and ready for more service… 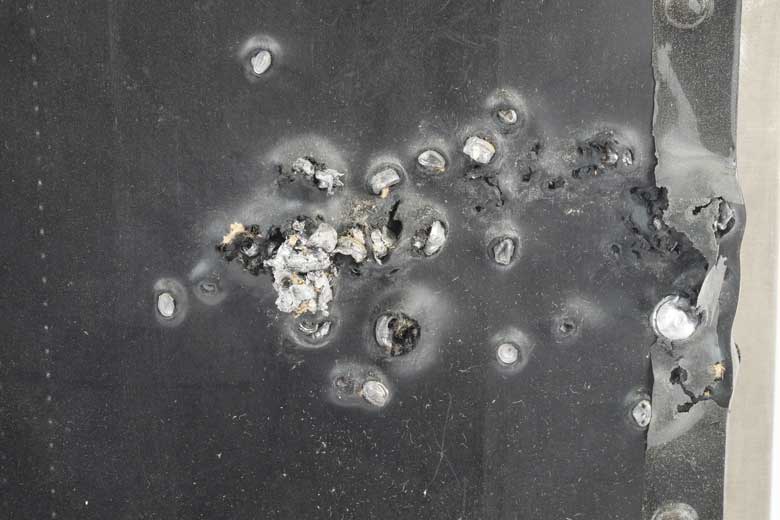 We prized-out the main lead clump to see the build-up, below. As Airgun Target Systems says in their instructions, this layer of accumulated lead is what makes the Target Panel last long-term. 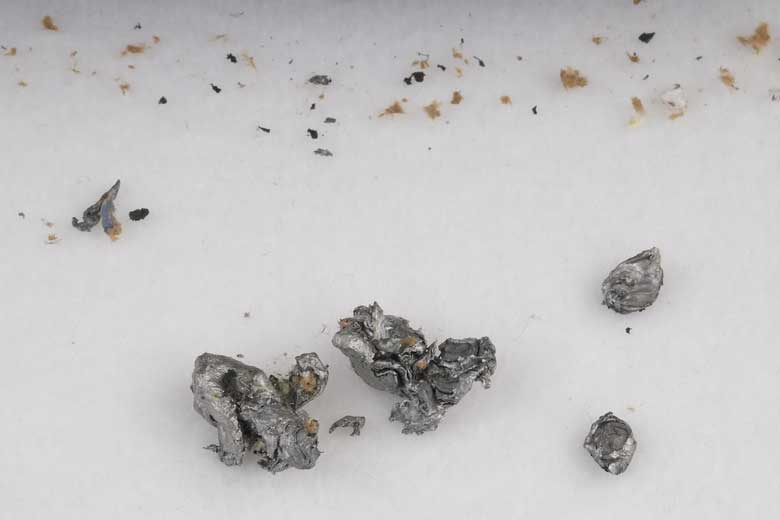 So far, the HAM Team is very happy with the performance of Airgun Target Systems’ Target Panel. It certainly works as claimed… 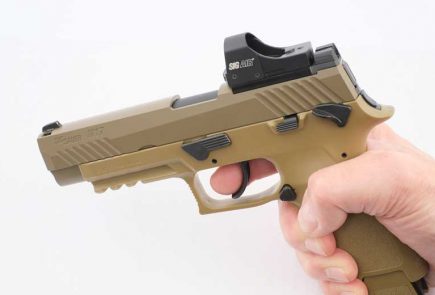 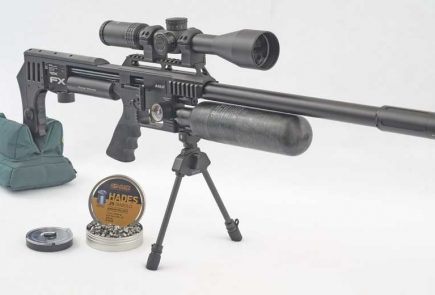