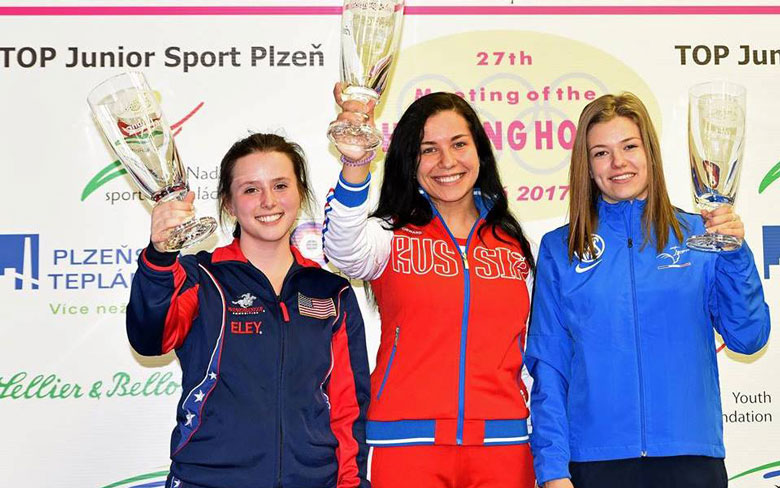 Onto bigger and better, that’s what 18-year-old Emily Stith said upon her high school graduation day last week.  The one she skipped to compete in the International Shooting Sport Federation (ISSF) World Cup in Munich, Germany.  Friday, she proved what she was talking about while earning two silver medals in Air Rifle at the 27th Meeting of the Shooting Hopes junior competition in Pilsen, Czech Republic.

Stith, the 2017 Junior Olympic champion in this event, had qualified fifth with a score of 415.7 and then moved up three spots during the Final and would lose on gold by just .4 points to Russia’s Maria Ivanova.

Stith’s performance continues a strong string of matches since the first of the year that also includes a second-place finish in Air Rifle and third in Three-Position at the Robert Mitchell Rifle Championships while shooting an Air Rifle Qualification score at the Meyton Cup of 421.4 back in February. That score would have been a National Record if it were a qualifying match.